On Tuesday night, Exeter City will travel down to local rivals Plymouth Argyle for what promises to be a cracking Checkatrade.com Trophy group stage game.

The Grecians had endured a hard week, suffering defeats to Coventry City and Notts County.

However, they bounced back with a resounding 4-1 home win against Morecambe on Saturday, with Troy Brown and Dean Moxey finding the net, while Jayden Stockley nabbed a brace. Although much has been made of the side’s strike-force, Tis was keen to stress the team-nature of the performance.

“They (Reuben Reid and Jayden Stockley) played well as a pair,” he said. “But they were ably supported by the rest of the team. They certainly couldn’t have played that way without the service they received – I thought the whole team played particularly well. We had a good rhythm from back to front.”

In placing the victory in a wider context, Tis was keen to stress its importance in helping the team to bounce back.

“We lost our rhythm against Coventry,” he said. “And though I thought we played well against Notts County, we got on the wrong side of a good team. But now, we’re back on it.

“It was really important [to win]. We’ve had a really good start to the season and we didn’t want to feel like we were stalling. We’ve been on an extended run and it's important to keep that focus going forward. It’s not just about today’s game [against Morecambe], we’ve got to keep the momentum going.

“After losing two games last week, we really needed a response and I think we got it.”

A 7.45pm kick-off, Tis was clearly excited about the prospect of a derby under the lights – the Grecians’ second in a week.

"The Checkatrade Trophy is a competition that we always enjoy and it’s a local derby," he said. "We’ll make a few changes in the team and we’ll look forward to it. We’ve got no reason not to!”

Exeter City took a point from Home Park against Plymouth Argyle but missed out on gaining a bonus point in Group D of the Checkatrade Trophy.

The Grecians went ahead twice in the match but were pegged back by their fellow Devon counterparts, nonetheless City could take a number of positives from the match with a number of fringe players giving manager Paul Tisdale plenty of food for thought.

Tisdale made eight changes to the side that beat Morecambe 4-1 in League Two last weekend with the likes of James Hamon, Matt Jay, Kyle Edwards and Kane Wilson, who made his City debut, all looking to impress.

It was City who broke the deadlock first on 13 minutes when Liam McAlinden linked up well with Jay in the Pilgrim’s half.

The latter did well to play an exquisite pass through to his strike partner who finished coolly past Kyle Letheren.

But the Grecians weren’t ahead for long when they were pegged back on 19 minutes when defender Ryan Edwards rose well for a Plymouth corner to nod his side level in the match.

The home side continued to create good chances in the half with Nathan Blissett the danger-man for Plymouth who kept the likes of Troy Archibald-Henville and Luke Croll busy.

But City continued to threaten on the counter attack, often looking to use the pace of Jay, Edwards and Jack Sparkes to cause the damage, but credit to Letheren who was off his line quickly on more than one occasion to snatch the ball from the feet of the City forwards.

The second-half was a much more even affair with City sticking to their game plan. That plan worked well on 70 minutes when Tisdale’s side once again took the lead.

Edwards, who grew into the game, did well to skip past a Plymouth defender on the left-hand side a fire home a fantastic strike leaving Letheren with little chance of saving as the Grecians stormed in front.

But once again, Argyle continued to battle back and were behind for just five minutes when Blissett found himself in space centrally and slotted home past Hamon in the City goal.

The Grecians thought they’d won it right at the death when a cross from Edwards was flicked on by Jay, and his effort looped over the Argyle keeper but for the crossbar to deny the City number 20 of a winner.

With a point settled for both sides at the final whistle, it was left to the penalty shootout to decide who would earn the bonus point.

Unfortunately for the Grecians, Lloyd James’ penalty was saved low by Letheren and cool finishing from the home side sealed the extra point for Derek Adams’ team, despite the likes of Pierce Sweeney, Jay and Jake Taylor scoring well.

The Grecians now set their sights on getting back to league action this weekend as they face a trip to Carlisle United.

The match is an all-ticket game, meaning fans must purchase from Exeter City in advance.

Tickets can be purchased online at: http://ticket.ecfc.co.uk, (please note, that due to the tickets requiring membership, they can only be purchased on the desktop version of our ticketing site).

Tickets can also be purchased by phone on 01392 411 243 (Option 3) or in person at St James Park. You can also purchase tickets from Exeter City and pick them up from the ticket office at Plymouth Argyle if you need to.

The prices for the match are as follows:

Ambulant disabled fans and fans in a wheelchair pay the age-related price shown above and receive a free assistant ticket. These are also available from Exeter City in advance.

To find out more about how to become a member of one of our priority groups click here. 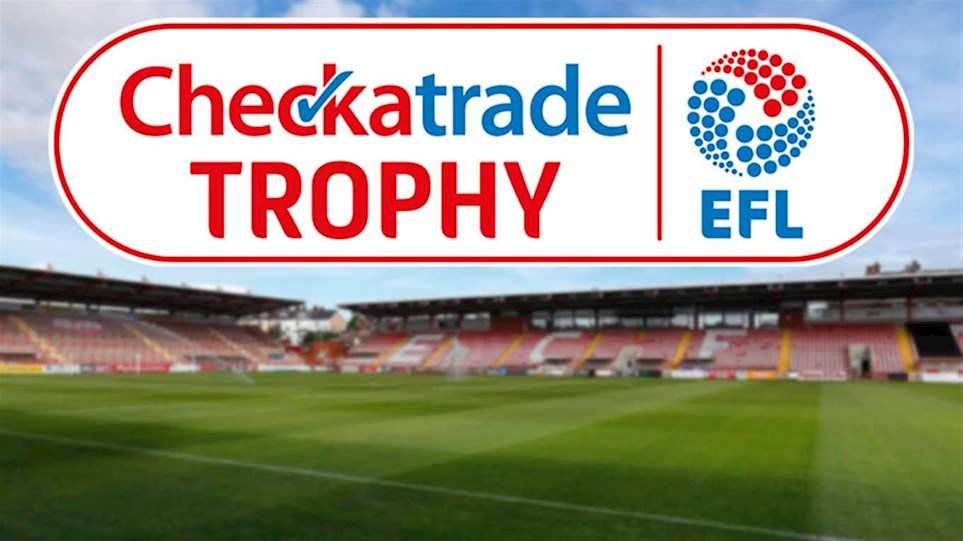