Exeter City host Notts County at St James Park on Tuesday evening looking to get back on top of the League Two table with a win over Kevin Nolan's side.

The Magpies took over at the summit on Saturday after they beat Lincoln City 4-1, while City slipped to second having lost 2-0 away at Coventry City.

However, the Grecians currently have a 100 per cent League Two record at St James Park this season having record 1-0 victories over Cambridge United, Lincoln City and Newport County along with a 3-0 win over Crewe Alexandra last time out.

Right-back Pierce Sweeney says their home start to the season is something the players are very proud of.

“It’s our home ground and we want it to be a fortress,” he said. “So far, we’ve played four and won four, keeping four clean sheets. That was our problem last year and it is our strength this year."

The IP Office Stand is sold out for the match against Notts County, meaning there is only standing tickets available in the Thatchers' Big Bank.

Tickets should still be available for purchase, for the Thatchers' Big Bank, on the day of the game but the club is advising supporters to buy tickets in advance to avoid disappointment. You can do this by clicking on the following link and then collecting your ticket from the ticket booth in Red Square on matchday.

Thank you to our match sponsors Exeter Airport. Exeter Airport is an airport located at Clyst Honiton. The airport offers both scheduled and holiday charter flights within the UK and Europe. For more information visit the following link 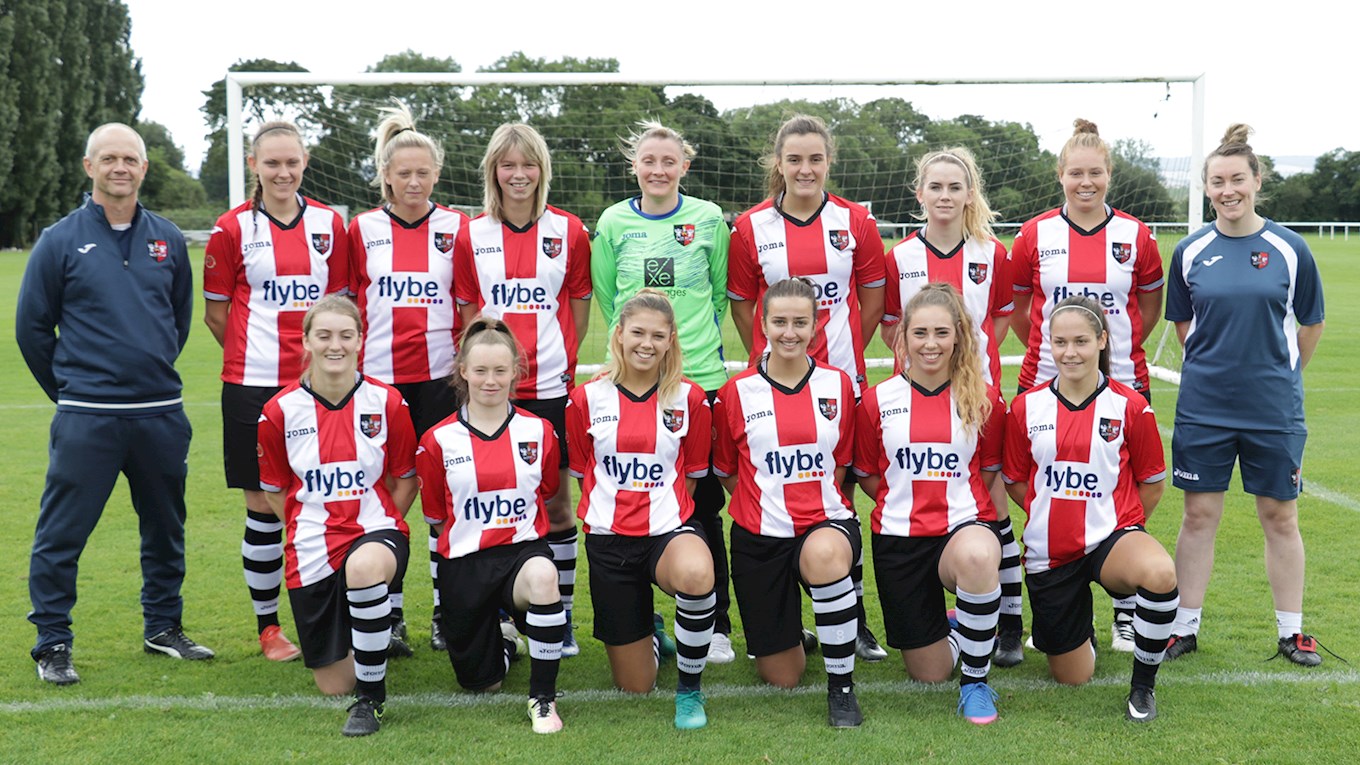 Exeter City Ladies will be doing their annual bucket collection at tonight's game. If you see them please support them as best you can.

Jake Taylor is the feature interview in this evening's matchday programme as he talks about his goalscoring exploits this season, his teammate and good friend Pierce Sweeney and the mood in the City camp.

French midfielder and now City's strength and conditioning coach Bertie Cozic takes on the first, best and worst quiz, while there is all the usual features plus an update on our academy and ladies team.

You can pick up a copy of the programme from around the ground and in the club shop and reception for just £3.

The Junior Grecians family zone will be open to its members from 5.30pm on Tuesday and then to the general public, including away supporters, from 6.30pm. The zone has video consoles, large TV screens, a refreshments stall and table football.

Our mascot for today's game is Olly Jermey. Olly is 10 and plays in midfield for his local team. His favourite City player is Troy Brown. Read Olly's profile on page 11 of the matchday programme.

If you would like to be a matchday mascot at one of our games contact our operations manager Andy Gillard via email at andy.gillard@ecfc.co.uk

The club shop will be open all day on Tuesday and for half an hour after the final whistle of tonight's match. The club shop is located in Red Square at the back of the IP Office Stand.

Exeter City slipped to a 3-0 defeat at home to Notts County at St James Park in Sky Bet League Two.

An early Lewis Alessandra strike and two goals from substitute Jorge Grant sealed the win for the away side against a City team who had created a number of chances but failed to be clinical.

The Grecians made two changes to the side that were beaten 2-0 away from home at Coventry City last weekend as Troy Archibald-Henville replaced the injured Jordan Moore-Taylor, and Jayden Stockley made his first league start in place of Liam McAlinden.

But it was a nightmare start for City when two minutes in a long ball forward was missed by Troy Brown and Jon Stead and fell to Alessandra who lobbed the ball over Christy Pym from distance to put County into the lead.

In a lively start the Grecians then felt they should have been given a penalty after Jake Taylor went down in the area under pressure from Nicky Hunt, but referee Kevin Johnson waved away the City claims.

Taylor, playing from the left-hand side, was involved again for City’s next chance when Reuben Reid did well to hold up play and feed his teammate, but the midfielder’s curling effort from just outside the box was straight at Adam Colin.

The visitors, keen to use their target man Stead, then had another attempt at the City goal through Terry Hawkridge.

After finding space from the County number 30’s flick on, he cut inside and shot, but his attempt was well over Pym’s goal.

Lee Holmes was next to have an attempt at goal in a real end-to-end first 20 minutes with possession turning over frequently in midfield.

This time, a good ball forward by Pierce Sweeney saw Holmes control well and turn to shoot at goal, but once again Colin collected comfortably as the Grecians searched for a response.

County then had Colin to thank on 25 minutes when the Grecians fashioned their best chance of the opening period.

Excellent trickery from Holmes saw him lay it back to Craig Woodman who crossed well towards Stockley, and the City number 11’s flick teed up Taylor to blast at goal, but the County goalkeeper was equal to it, saving low.

As the half wore on the Grecians continued to threaten as Holmes saw another effort nestle the wrong side of the post.

After a wonderful knock down from Stockley into the path of Taylor, the ball found its way to Holmes, but the City winger’s effort with the outside of his left foot failed to test Colin which meant the home side would go into the break trailing narrowly.

City began the second half in similar vein to how they end the first period as they pressed for an equaliser.

Once again, Taylor was at the centre of things in another penalty appeal for the Grecians as he went to shoot from a corner which had rebounded to him but was obstructed as he fell to ground, but once again, the referee waved away the City appeals.

It was County’s turn to appeal for a spot kick just moments later when Richard Duffy was challenged by Woodman in the box as both players attacked a cross, but the referee again refrained from awarding any sort of foul.

Despite City’s efforts, they found themselves two behind on the hour mark after substitute Jorge Grant slotted in from close range.

A Liam Walker corner into a crowd of bodies bounced off Brown leaving Grant to step in front and slot past Pym to put Kevin Nolan’s side further in front.

Paul Tisdale then looked to his bench for a way back into the match, and it almost came in the perfect manner.

As Kyle Edwards and Hiram Boateng replaced Archibald-Henville and Jordan Tillson, the former cut inside just moments after being on the pitch and darted past two players, shooting across goal, but wide.

The Grecians continued to battle their way back into the match, but credit to Notts County, who defended resolutely, particularly from crosses.

Chances continued to come for Tisdale’s men through Holmes, and Stockley with ten minutes to go, but he was unable to keep his close range header below Colin’s goal.

But it wasn’t City’s night as the away side sealed the victory ten minutes from time with a well worked goal. A sublime cross from Jonathan Forte and a well timed run from Grant saw the substitute claim his second of the match as he beat the offside trap to volley home.