Exeter City are back on the road as they make the trip to MK Dons looking to build on what has been a strong beginning to the Matt Taylor era.

Of course, they come up against former City boss Paul Tisdale, who took charge of MK Dons at the beginning of the season following his 12-year stay as manager at St James Park.

It looks set to be an exciting match with Tisdale’s side beginning the new season in similar form to the Grecians as they too are yet to lose a match this season.

On the trip to Milton Keynes, manager Matt Taylor said: “It’s always good to see people that you’ve worked with and get on with in the past, but it’s a game of football and we are going there to win. It’s another three points at stake on the back of a good run. We are still unbeaten but it’s the toughest test that we will face so far.

“They’re a good team with a good manager and good staff and they are good people as well. We’re looking forward to it but it’s just another game of football for us.”

City are yet to beat their opponents in eight previous meetings, and the sides last met in March 2012 when City went down to a 3-0 defeat when the sides were in League One. 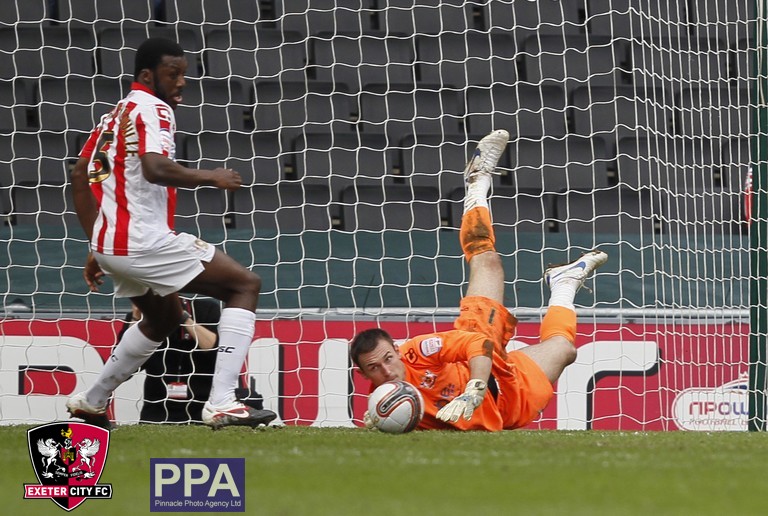 We encourage supporters to purchase tickets online. You can also call the club during the normal office hours on 01392 411243 or visit the club shop and reception in person between 9am and 5pm Monday to Friday.

Supporters are encouraged to pre-book to avoid queues on the day, cash only ticket booth is available.

Please note that tickets are scanned in upon arrival, barcodes to be kept in good condition.

Grecian Travel: The supporters’ coach to Stadium MK departs at 08:30am and is £30 per person. Grecian Travel is now sold out for the trip.

Follow M5 and M4 to Swindon, take exit 15 from M4 and then continue on A419. Follow the brown signs for football coaches and enter the stadium site via the Saxon Street entrance (between KFC and McDonalds).

Limited parking is available at the stadium, with a car park fee of £7. Matchday spaces for blue badge holders are limited and must be pre-booked via the Box Office in person by emailing customer.services@mkdons.com or calling 01908 622901.

Car parking is also available for £5 at Castle House on Dawson Road.

Fans can park considerately in the industrial areas surrounding the stadium, but not in the parking areas of the nearby retail and trade outlets, the Asda adjacent to the stadium or at the MK1 site or in areas signed as privately owned.

A train journey to Stadium MK will take between four and four and a half hours from Exeter St Davids. One route requires changing in London to get the train to Bletchley Station, which is approximately a 30-minute signposted walk from the stadium. The alternative route requires changing at Birmingham New Street, Stafford and Milton Keynes Central before walking from Bletchley Station.

There are limited local pubs that admit away supporters. There are a variety of restaurants on the retail park surrounding the stadium. There are various pubs in central Bletchley (a 35-40 minute walk from the stadium), Fenny Stratford (a 20-minute walk from the ground, and has a train station served by trains to/from Bletchley) and central Milton Keynes (adjacent to the main shopping centre or in walking distance of the train station). There are also a number of different catering outlets within the stadium.

Exeter City fell to their first defeat of the season as a Kieran Agard penalty saw MK Dons record a 1-0 victory.

The Grecians, backed by a large away following had their chances in both halves, but were reduced to 10 men when Dean Moxey was shown a second yellow card for handball in the box. And, although Agard’s first penalty was saved, his second spot kick – when Stockley handled in the area – was converted.

City manager Matt Taylor made one change to the starting line-up from the side that beat Cambridge United last time out with Lee Holmes coming in for Lee Martin.

In the MK Dons starting XI there were a couple of familiar faces with Robbie Simpson and Jordan Moore-Taylor lining up for Paul Tisdale’s team.

It was the home side who had the majority of possession and territory in the opening 45 minutes, but in terms of chances it was very much even.

City were dealt a blow eight minutes in when Jonathan Forte exited with a calf injury having raced to get on the end of a Jayden Stockley flick on. He was replaced by Lee Martin.

Dean Lewington had the first effort on target, after 18 minutes, when he hit a free-kick from the edge of the box that forced Christy Pym into a smart save. However, five minutes later, City responded as Nicky Law fed a good ball into Lee Martin in the box and he found the side netting.

Moments later it was Lee Holmes’ turn to go close but, after good work from Stockley and Lee Martin, he could only curl an effort a foot wide of the post. Agard then hit an angled drive that Pym saved with ease before Callum Brittain was presented with the best chance of first half but he was put under enough pressure from Nicky Law to slice his effort wide of the goal from 10 yards.

The second half began where the first half left off as Brittain got into another good shooting chance, but this time he was denied by a superb sliding block from Dean Moxey.

City responded as Lee Holmes got down the left and crossed for Stockley but Joe Walsh got to the ball just before the Grecians striker and gave him a whack for his troubles.

The match then appeared to have swung in MK Dons' favour when Dean Moxey handled the ball in the area and was shown a second yellow card for the offence. However, Pym made a superb save from Agard’s penalty to keep the scores level.

Aaron Martin was in the right place to make a vital interception as Robbie Simpson got free down the right side of the box and attempt to square a pass to one of his teammates.

However, MK Dons managed to nudge themselves in front on 65 minute when City were punished again for a handball in the area from a cross into the box. This time it was Stockley that handled and when the referee pointed to the spot for a second time Agard sent Pym the wrong way to put the hosts in front.

It was almost 2-0 moments later as Brittain nodded a ball to the back post across the face of goal but Agard could only direct his effort wide from close range.

Back came City though on 69 minutes as Woodman crossed for Aaron Martin to head an effort over from eight yards out. Then, with 10 minutes to go, the ball dropped kindly for Sweeney in the box but he couldn’t turn and get a shot on target.

However, City’s standout players on the day had to be alert once more in the closing stages to deny MK Dons a second. First Aaron Martin put in a superb sliding challenge to block an effort from Jordan Houhgton before Pym tipped a deep cross out of the top corner of his goal.

The Grecians did have a chance in the final minute of stoppage time as Pierce Sweeney crossed for Tristan Abrahams to head wide, but it was MK Dons who kept their unbeaten record in tact with the 1-0 win.

Ticket prices are as follows

Grecian Travel: The supporters coach to Stadium MK departs at 08:30am and is £30 per person. Please click here to find out more.