It’s been over three months since the Grecians were last in action, but they’re back and ready to push for promotion. Their first hurdle will be Colchester United, who finished the League Two season in fifth place.

To get you in the mood for play-off action, here’s a reminder of the side that City will be facing – first on Thursday in Essex, then back in Devon on Tuesday evening.

Colchester didn’t enter the Football League until 1950, where they joined the Division Three (South). In 1991, The U’s won the double, as they won both the Conference and FA Trophy, where they beat Witton Albion 3-1 in the final.

In the modern era, Colchester have found themselves regular competitors in the League One, despite spending their last four seasons in League Two. They even managed promotion to the Championship in 2006, showing that the club still has potential to compete at more elite levels than League Two.

John McGreal was appointed as manager of Colchester United in April 2016, following the sacking of Kevin Keen. The former defender was tasked with turning around the club following their relegation to League Two and have overseen victories over Premier League sides Crystal Palace and Tottenham Hostpur - both in the Carabao Cup - this season. They were eventually beaten by Manchester United in the quarter-final.

The stadium construction began in July 2007, following Colchester's wishes to move from their former stadium Layer Road, which had been their home since their formation in 1937.

The record attendance at the Community Stadium stands at 10,064, which was achieved during league game against Norwich. They were thumped 5-0 by the Canaries in 2010.

U’s striker Luke Norris had ten goals to his name before the season was abruptly halted and been in fine form all season. As a youngster he started his career at Brentford but got his real break when he joined Northampton Town. 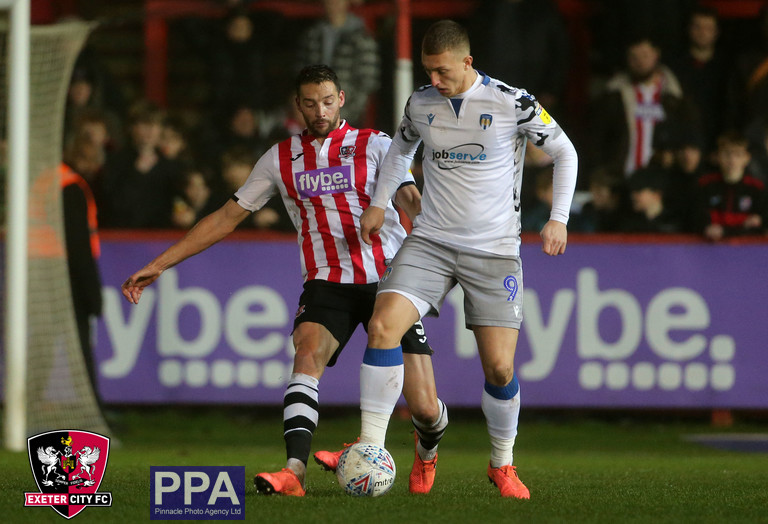 He joined Colchester in the summer of 2018 after prolific spells at Gillingham and Swindon Town. Alongside Theo Robinson, who has eleven goals, he provides a real threat to defences and City must be on their game.

Back in January the League’s Two in form sides met at SJP. With both sides gunning for promotion, it was a scrappy affair in which neither could find a breakthrough.

Exeter City cruise past The U’s at St James Park, as goals from Matt Jay, Lee Holmes and Nicky Law give The Grecians a deserved three points.

Exeter City's play-off matches against Colchester United with both be live exclusively on Sky Sports Football and Main Event in the UK.

Click here to find out more about how you can watch! 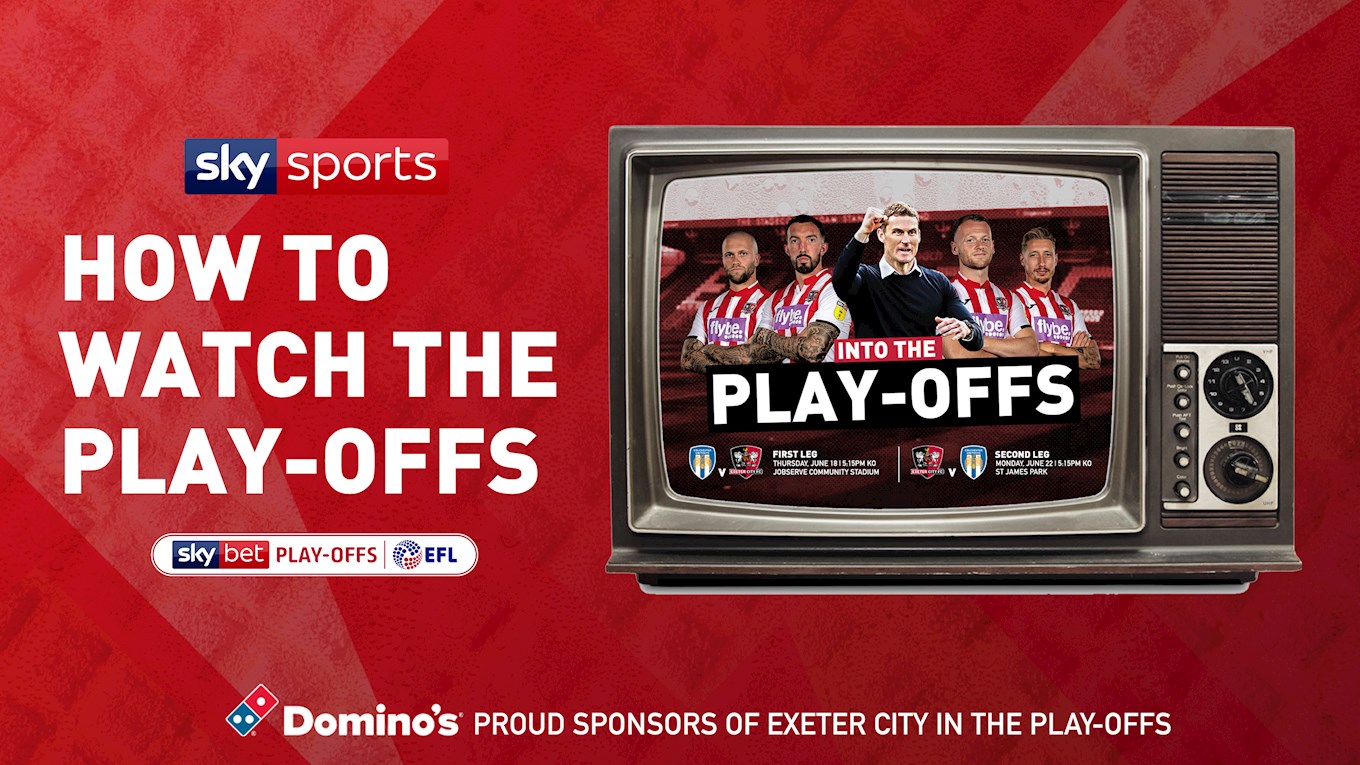 A late free-kick from Cohen Bramall was all that separated the two sides in the first leg of the Sky Bet League Two play-off semi-final as Colchester overcame Exeter City 1-0 in Essex.

Grecians boss Matt Taylor was able to bring Jack Sparkes back into the fold following a lengthy stint out injured, while fellow academy graduates Joel Randall, Archie Collins and Ben Seymour were all named on the extended nine-man bench.

The Grecians started the game positively, looking comfortable in possession, and Ryan Bowman had the first meaningful effort on goal as he met Randell Williams’ corner in the ninth minute, although the striker’s effort was comfortable over Gerken’s goal.

Cohen Bramall was the first Colchester player to test Lewis Ward, with a free-kick that the Exeter goalkeeper was equal to, pushing the ball over his own crossbar. City replied with pressure of their own, with a throw-in routine leading to Lee Martin pulling the ball back for Nicky Law, but his shot was deflected wide.

Williams was then involved again, sending a cross in from the right-hand side with 30 minutes on the clock, although there was nobody on the end of it. A calf injury to Lee Martin forced Matt Taylor into his first change of the game after 38 minutes.

Into the second half, and a superb recovery from Dean Moxey prevented Frank Nouble from getting a shot away as the Colchester man broke down the Grecian left-hand side with 49 minutes on the clock.

Senior’s effort on 54 minutes threatened Ward’s goal, but it was always comfortably too high. A superb piece of skill from Bowman then saw City break the pressure, and Williams again proved the outlet to win the Grecians a corner that the home side did enough to deal with.

Matt Jay then came the closest to opening the scoring with a beautifully hit free-kick from just outside the box that hit the side-netting. It came following an excellent run in which Jay was pulled back by Harry Pell.

Colchester took the lead in the tie with a superb free-kick from Cohen Bramall, finding the top corner from a tight angle with 81 minutes on the clock. Bramall’s two free-kicks proved the only shots on target from either side in a closely-fought affair that gives Colchester a marginal edge ahead of the second leg at St James Park on Monday.