Exeter City kick-off their Emirates FA Cup adventures on Saturday with the long trip to the Abbey Stadium to take on Cambridge United in the first-round.

The match will be the Grecians' second at the Abbey Stadium in the last four weeks and City will be looking to make ammends for the 4-0 defeat they suffered last time out in Sky Bet League Two action.

Ahead of the match, manager Matt Taylor said: "On the back of going there and getting well and truely beaten on the day means the players should be highly motivated.

"It's an FA Cup game and a great compeition to play in so the players are certainly looking to put in a performance."

Ahead of the match, Cambridge United manager Colin Calderwood said the following:

"We obviously know we can’t go in expecting to win 4-0 again, and that Exeter are a very capable side. Both teams will have the big motivation of getting through to the next round.

"Exeter have obvious dangers. And I really think it could be a rip roaring tie, because I think both clubs play at a good standard. Both teams will want to be in the hat for the next draw."

The Grecians started the match slowly and gave away the ball too often in midfield in the first half as they went into the break deservedly behind. However, City began the second half with purpose and almost got back into the match before Cambridge United hit them with a sucker-punch just before the hour, with their second goal, and then added two more on the break.

Please note that there will only be live audio available in the UK and overseas for the fixture. This is due to it not being an EFL competition. 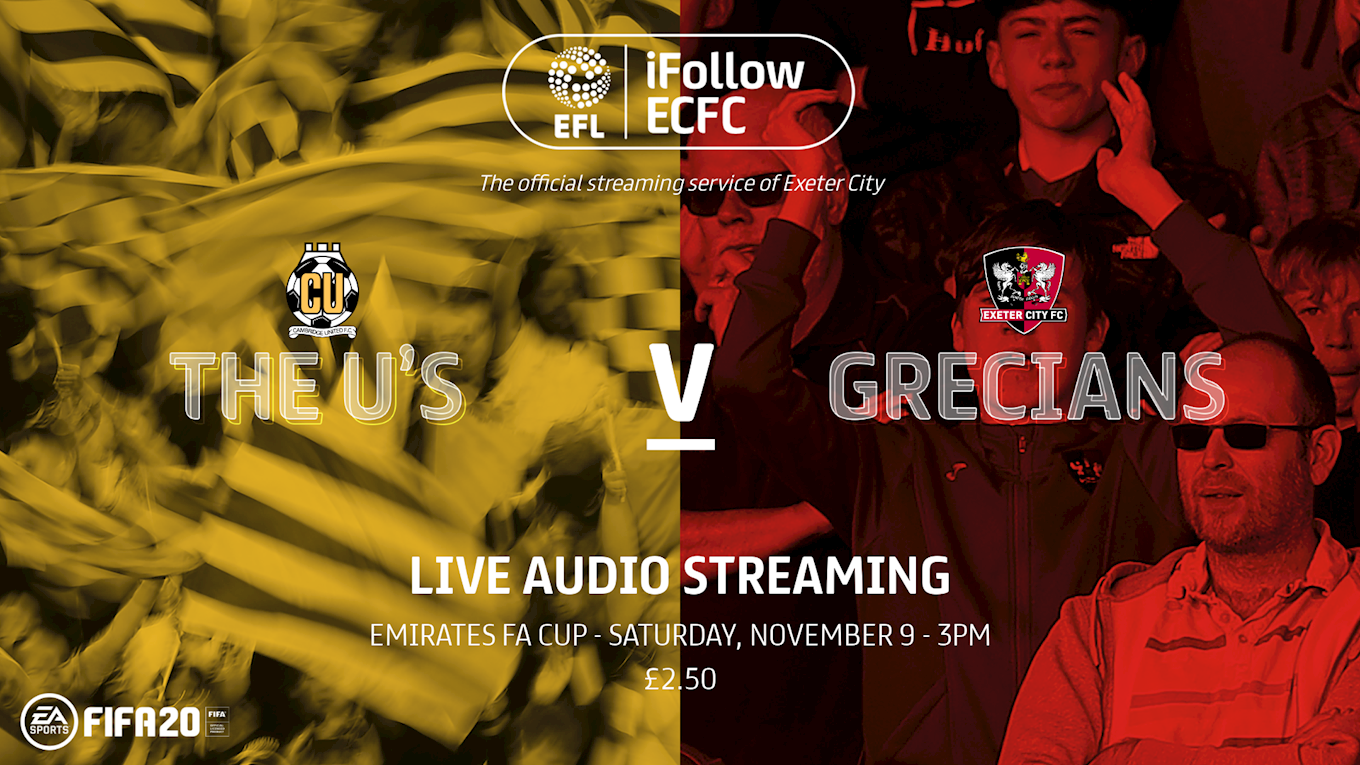 To travel to the Abbey Stadium, take the M5 and then the M42, before merging onto the M6 and taking the A14 into Cambridge.

You can buy tickets for this game by visiting tickets.ecfc.co.uk 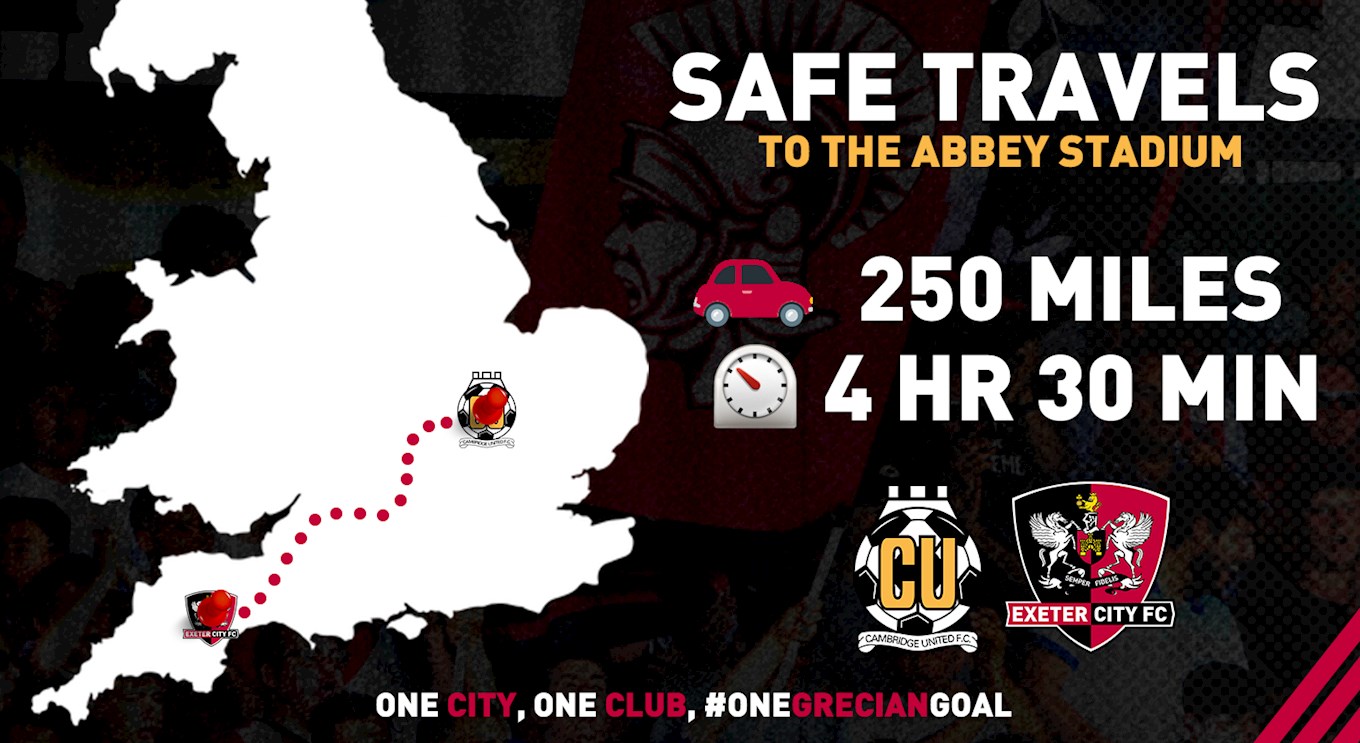 Tickets are now on sale for City's Emirates FA Cup first round match against Cambridge United at the Abbey Stadium on Saturday, November 9.