After bouncing back last weekend with a win against Salford, the Grecians have the opportunity to make it two wins in a row when they head to in form Port Vale on Good Friday.

The match marks a milestone for City boss Matt Taylor, who will be taking charge of his 150th Grecians match.

Darrell Clarke's side have won three matches in a row - most recently 3-1 at Crawley - and return to Vale Park after two away matches. They were 2-0 victors at SJP way back in September in only the second match of the League Two season.

Before last Saturday's win over Salford, in which Matt Jay scored the only goal, City had lost three in a row. It is City's first trip to Stoke-on-Trent since January 2020, when they were beaten 3-1. Nicky Ajose scored City's goal that afternoon.

"We've prepared well this week and I'm pretty pleased with where the squad's at going into this weekend," Matt said ahead of Friday's match.

Hear more from him here 👇 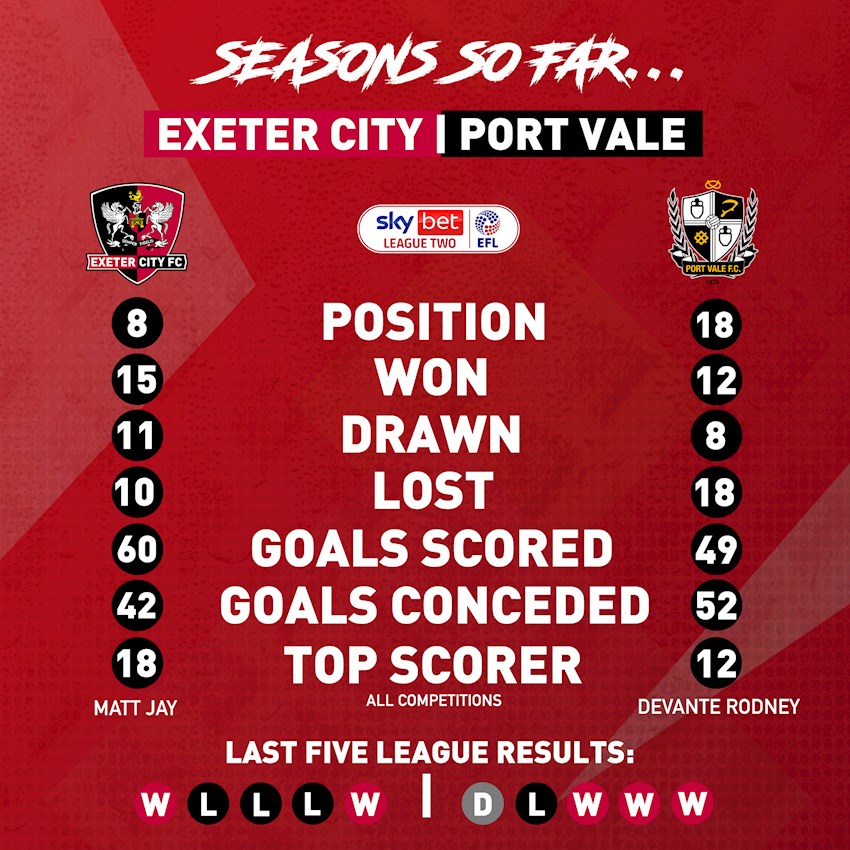 The Valiants picked up a second consecutive away victory with a strong second half in West Sussex. Ashley Nadesan levelled for the hosts on half time after Tom Conlin opened, but second half strikes from Nathan Smith and David Worrall secured victory.

A first half free kick from Tom Conlon and Devante Rodney's second half goal secured three points for the Valiants on the second weekend of the season back in September.

Exeter City face defeat on the road to Port Vale thanks to an early goal.

It was a single, early goal that separated the two sides at Vale Park, with the Grecians unable to reduce the deficit made in the second minute by Port Vale.

On his 150th game in charge, Exeter City Manager Matt Taylor named two changes from the side that clinched a hard-fought win against Salford last week. Rory McArdle took the captains armband for the Grecians as Jake Taylor took a seat on the bench following a niggle he picked up in the previous fixture.

The hosts were unchanged for the third consecutive game and on the back of three wins. Former Grecian Manny Oyeleke lined up for the hosts, while a fellow Jake Taylor was on the Valiants bench. The hosts had their own history to play for in the game, with a win today being their first time they won four on the bounce since 2015.

The hosts got away with intent early after Theo Robinson was found in space from close range at the edge of the six-yard box after a mistake from the Grecians as they settled into the early phases of the game.

With the game starting with intense pace, it ground to a halt as referee Leigh Doughty stopped play with an injury to himself, and after receiving some treatment from the Port Vale physios, was replaced with the fourth official Phillip Dermott

The early threat from the hosts continued throughout the majority of the first half as the Valiants brought the full might of their physical presence.

A fantastic save from the young Icelander Jokull Andresson kept it from being two for the hosts in quick succession as he tipped it over the bar at 17 minutes after Rodney had a go from distance.

The Grecians came to life in the late chapters of the second half with Matt Jay managing to fashion a shot after some good play from Josh Key on the left-hand side, but like much of the half, the Valiants were quick on the counter to stifle the City play.

The hosts remained the same after half time while City made their second substitution of the game as Alex Hatridge was replaced by Tom Parkes for the second half.

It was another quick start for the hosts where they could’ve been 2-0 up just as quickly in the second half as they got their lead in the first. It was Rodney with the shot, but Andresson was there to deny the Port Vale man his brace.

The Grecians responded moments later with the Valiants keeper being forced to make his first real save of the game as Matt Jay managed to get a right footed shot off from the edge of the area.

Port Vale continued to cause the Grecians all sorts of problems on the counter in the second half, forcing Jokull into some brilliant saves. Rodney was denied again at 79 minutes letting off an absolute rocket of a shot that Jokull was able to tip over the bar.

City had a brilliant chance from a free-kick moments later, as they grew into the game. Leon Legge bringing down an Exeter man on the left wing. Sparkes sent the shot into the box, falling to Parkes who managed a shot from close range to the keeper and a goal-line clearance from a Port Vale shirt.

It was another fantastic save at the death for Jokull, who continued to deny the hosts getting anything more out of the game than they already had.

Despite a strong effort from the Grecians late in the second half, it was the hosts that took everything from the game.

Exeter City are back in Sky Bet League Two action this Monday as they face Mansfield at home in a 3pm kick off. 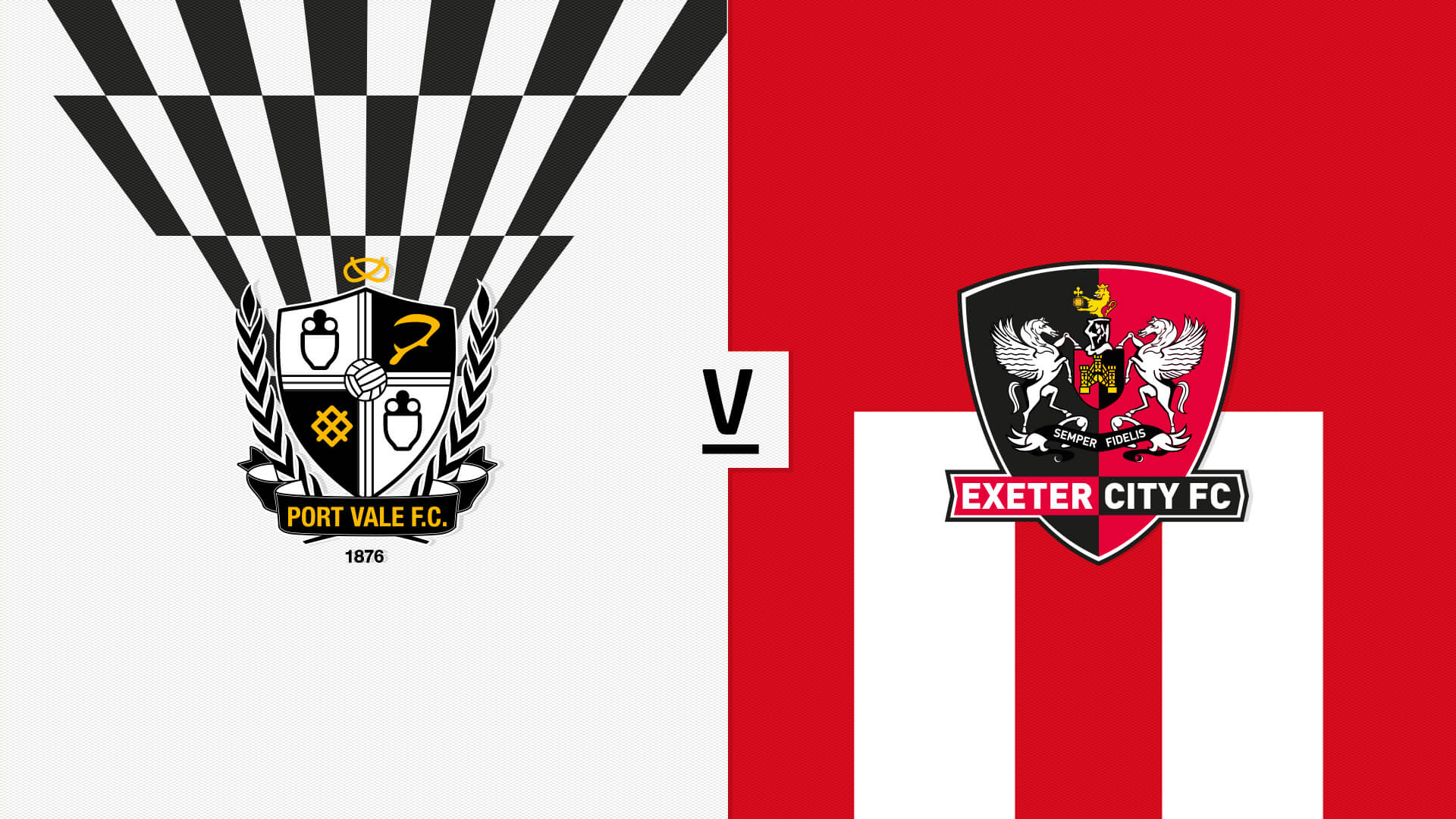 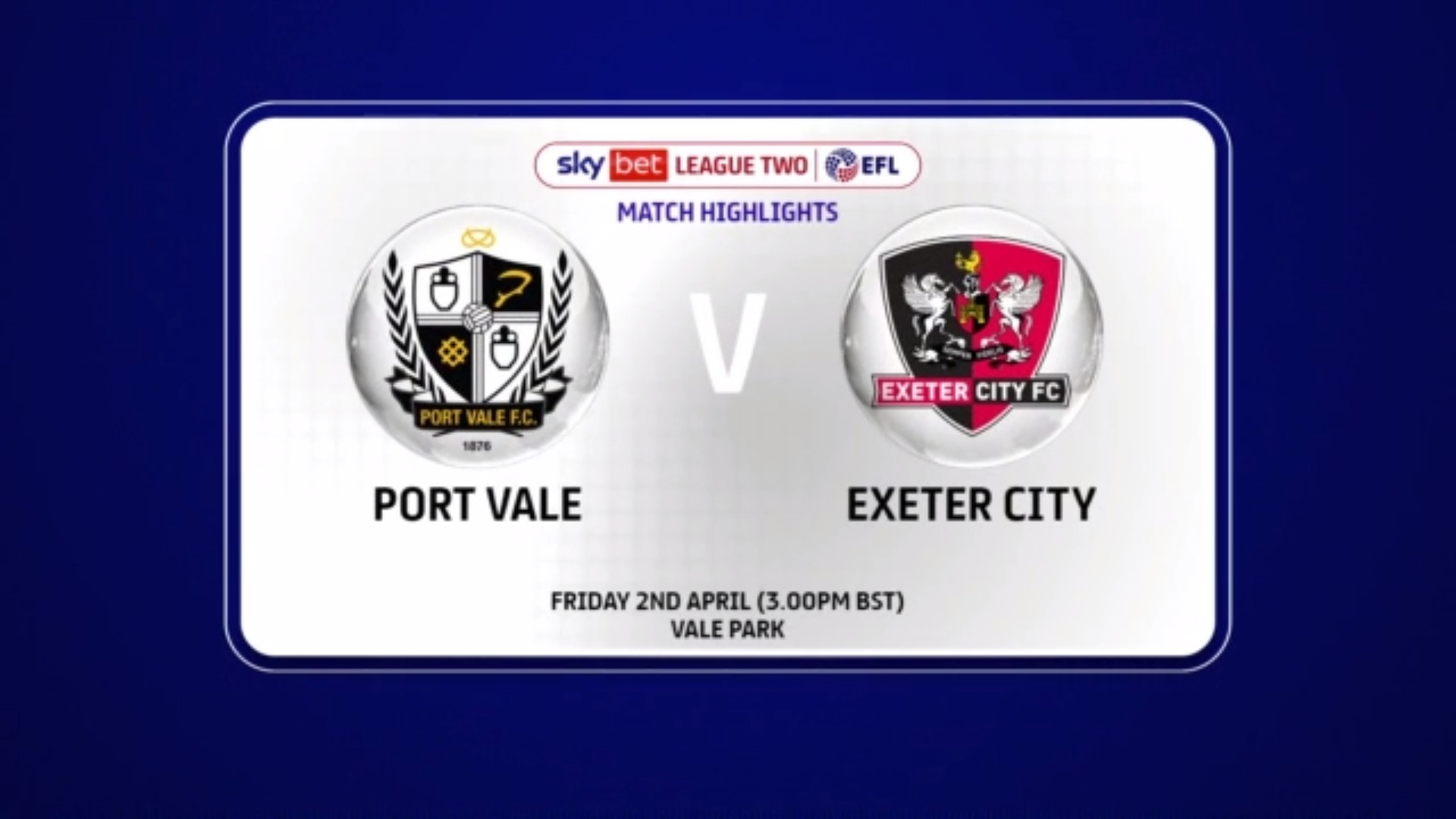 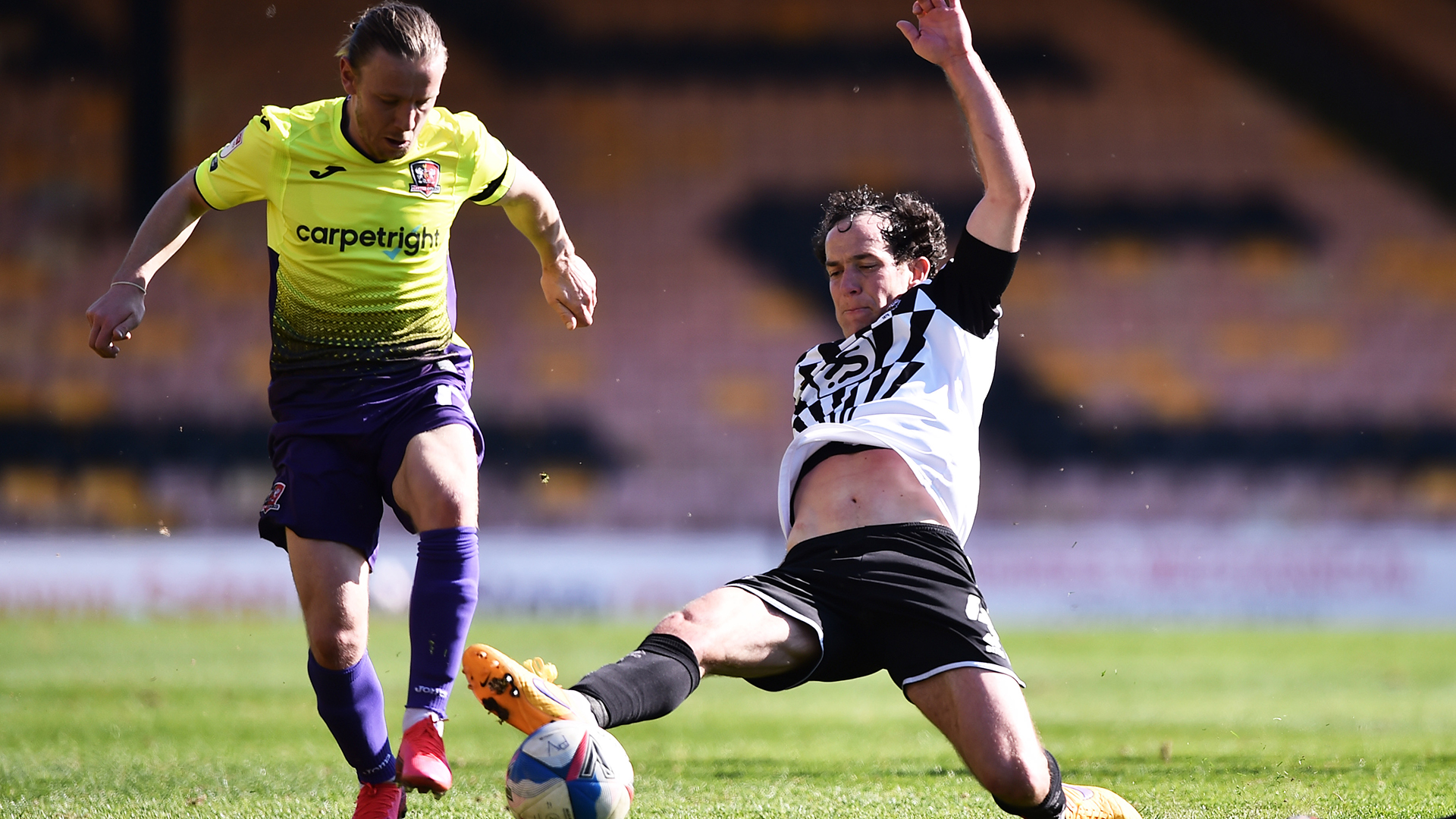