The Grecians travel back to Exeter empty handed for the first time this season, being beaten 5-3 by second in the League Cheltenham Town.

For the first time since March, Exeter City played a football game in the presence of supporters as they took on the inform Robins

Manager Matt Taylor named and unchanged side from the one that beat Grimsby 4-1 away from home on Tuesday night. The line-up Seymour return to the bench after picking up a hamstring issue after scoring in the game against West Brom U21s.

Exeter got off the mark early with a right footed shot from Archie Collins on the left-hand side of the box in the perfect start to the game for the Grecians. He picked up the ball in the midfield and after curling it towards goal and helped with some deflections it was in.

Cheltenham almost immediately reacted with Lloyd getting his head on the end of a cross from Hussey but was denied by some fantastic goalkeeping from the freshly recovered Jonny Maxted who managed to pull off a double save keep their ball out of the Exeter net.

However, the Grecian relief was short lived with the Exeter born former Grecian Liam Sercombe bringing the home side level. Despite Jonny’s best efforts to get the previous Robins chance away from goal, Exeter couldn’t quite clear with Azaz able to get a ball in the box to draw the home side level.

The frantic pace of the opening minutes of the game continued as Cheltenham got themselves ahead inside fifteen minutes with Alfie May getting his 5th of the season. Exeter struggled again to clear, which the Robins capitalised on to turn the tables in the game and put Exeter on the back foot.

Once they got ahead, the home team were dominant through the first half, as the home advantage of fans returned for the Robins with around of their faithful in attendance.

Exeter City were let off from conceding a third before the fourty minute mark as Maxted came out of the box to collect the ball from a Robins man but only rebounds it as far as Azaz who skirts around him and lays it off to May. Luckily, Key clears off the line as Maxted rushes to get back between the sticks.

Soon after the luck fell with Exeter, it fell for the home side who could have easily been down too 10 men after a challenge on Archie Collins. Both

Collins and Blair slid in to collect the ball as it was loose following Josh Key’s goal line clearance. It was Archie who got the touch as Blair hit nothing, but the Exeter man’s shins and he ended up in the referee’s book.

Having not opened his book at all in the first 40 minutes of the game, the referees second booking came short after as Sweeney brought down Lloyd in the box. Despite chants from the home supporters to see the Irishman sent off the pitch, he was shown the yellow.

There may have been doubt as to whether he got the first or not, but there was no doubt Cheltenham’s third came from Sercombe who fired down the middle on his right foot from the spot for the final kick of the first half.

After the break, Exeter set about constructing a reaction to their mistakes in the first half in an attempt to recover some ground in the game and the fight for automatic promotion.

Exeter could have pulled one back inside 5 minutes of the second half as Sparkes crossed the ball in to Williams who chests it down to the feet of the Cheltenham goalkeeper who managed to get a foot to it and send it away to be picked up out wide by a Cheltenham man.

It was just wide for Williams at fifty-one minutes as Bowman played it back for the winger who struck low to try and pull one back for the Grecians but was only able to win a corner, which was swung in straight into the hands of the Cheltenham keeper.

Matt Taylor made a triple substitution on fifty-four minutes despite them being readied minutes earlier. It was Nicky Law who made the instant impact, setting up Matt Jay after pulling it back from the by-line and leaving it for him to fire it home for Exeter’s second.

Much like Law’s impact for Exeter, the same can be said for Cheltenham sub Andy Williams who nodded home the Robins’ fourth from close range as Exeter were unable to clear a corner from Chris Hussey.

City left it ‘til late to bring themselves back into content with another piece of excellence from the substitute Nicky Law who dispossessed Boyle, drove forward and a struck low from outside the box on his left to get the third for the Grecians.

Despite their lull at the start of the second half and their fourth seemingly coming out of nowhere, it was a fifth for Cheltenham at the end of normal time as the dangerous long throws from Tozer came to fruition as Boyle managed to head in unmarked to seal the three points for the home team.

Exeter City are back in EFL Papa John’s Trophy action at 7pm Tuesday night against League One Northampton town as fans return to SJP for the first time since March. 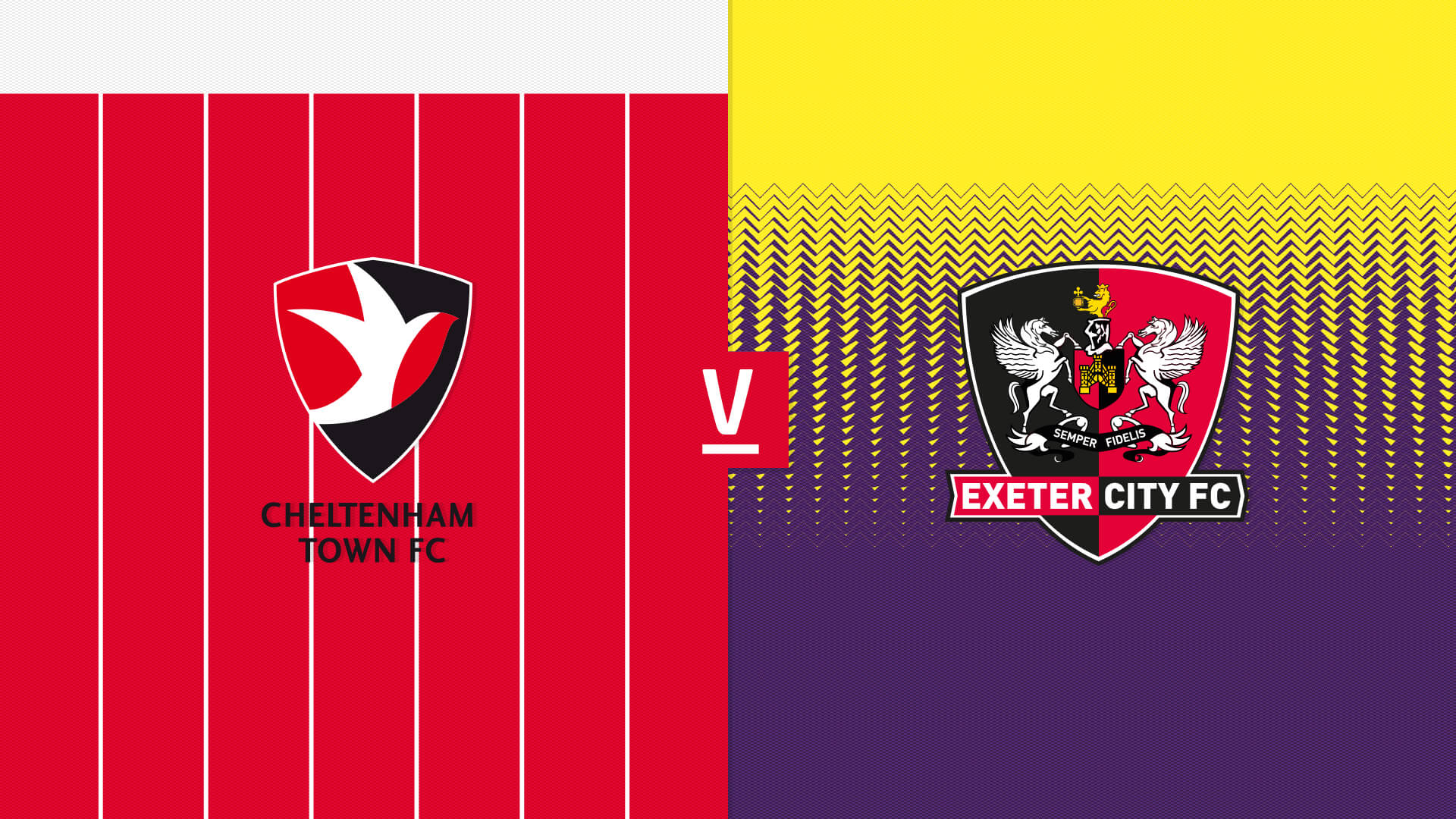 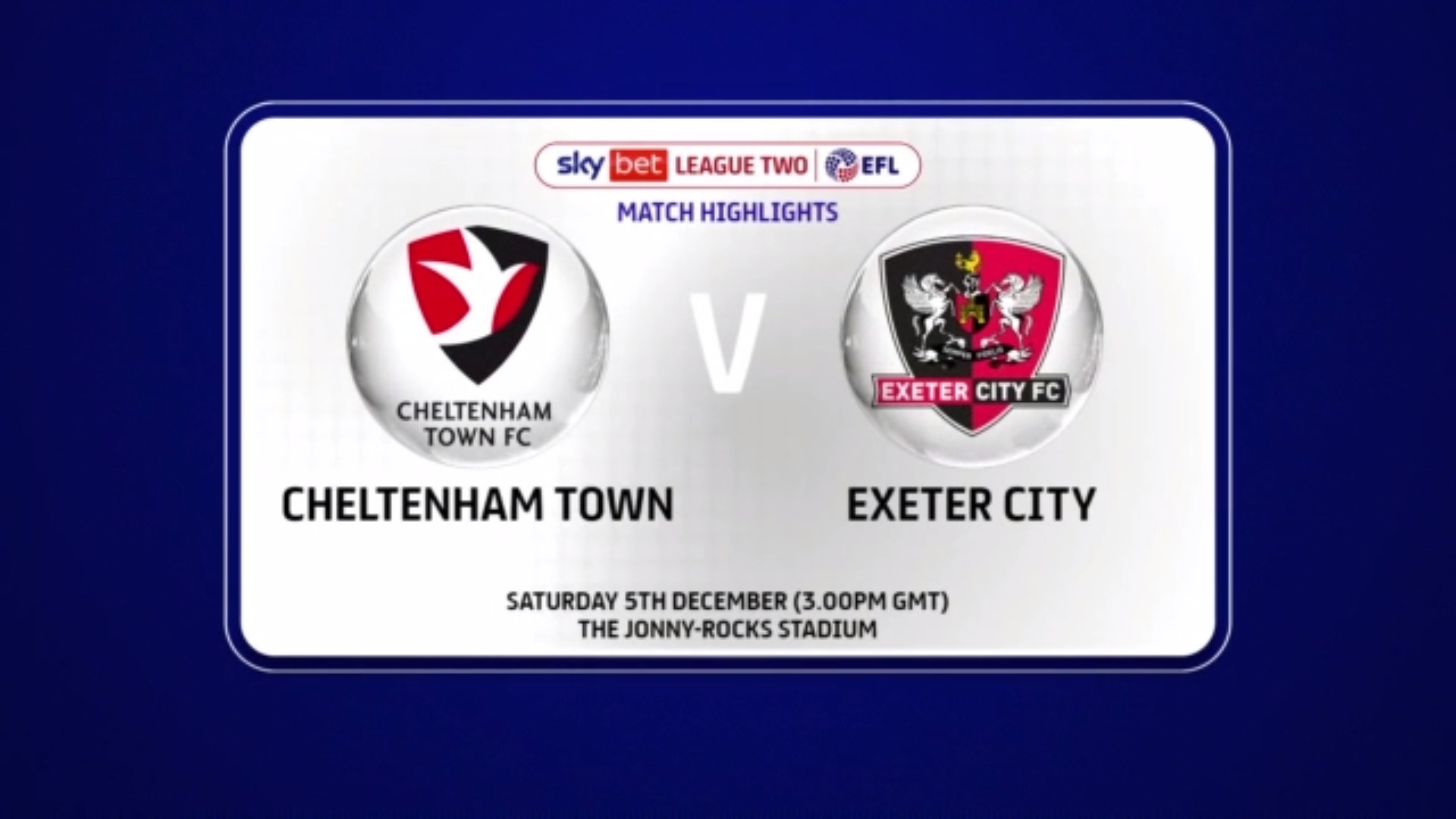 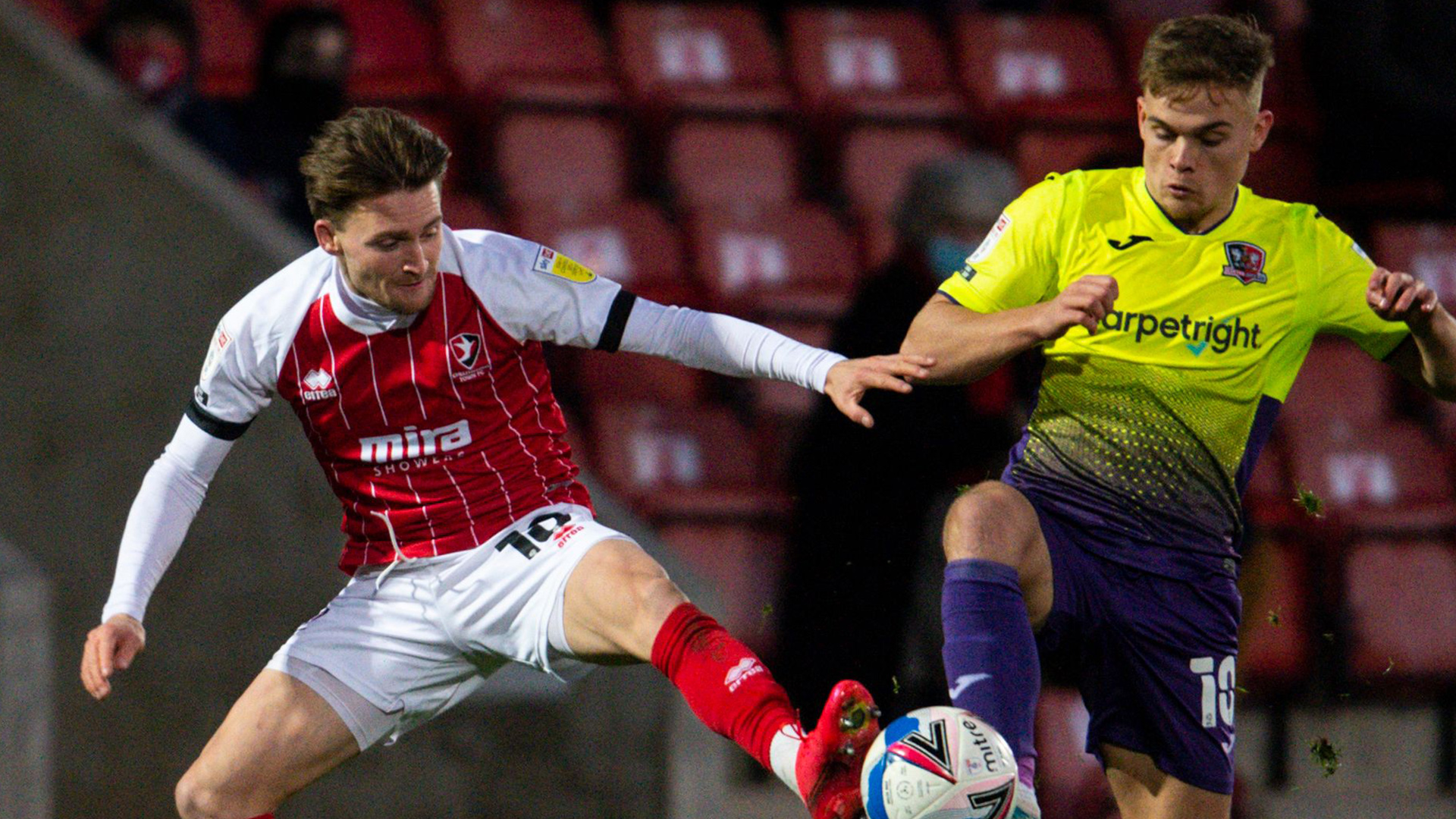