City are looking to get back to winning ways after a 2-1 defeat to Harrogate last time out, but have had a weekend's break after their last match against Stevenage was postponed due to Covid issues.

Forest Green are in form and recorded a 1-0 win over Carlisle United last time out. They sit second in the league.

"Boxing Day is a tradition for the fans and part of their blood. Hopefully we can repay the fans with a good performance and most importantly a win."

"We've got a big week and we will have to be at our best to get anything out of the next two games. But, these are the games that we really look forward to."

We are delighted that supporters are being welcomed back to stadia across the country and up to 2,000 of you will be in attendance on Saturday. if you're one of the lucky few we have some important information you need to know, especially if this is your first visit to the Park since the return of supporters. 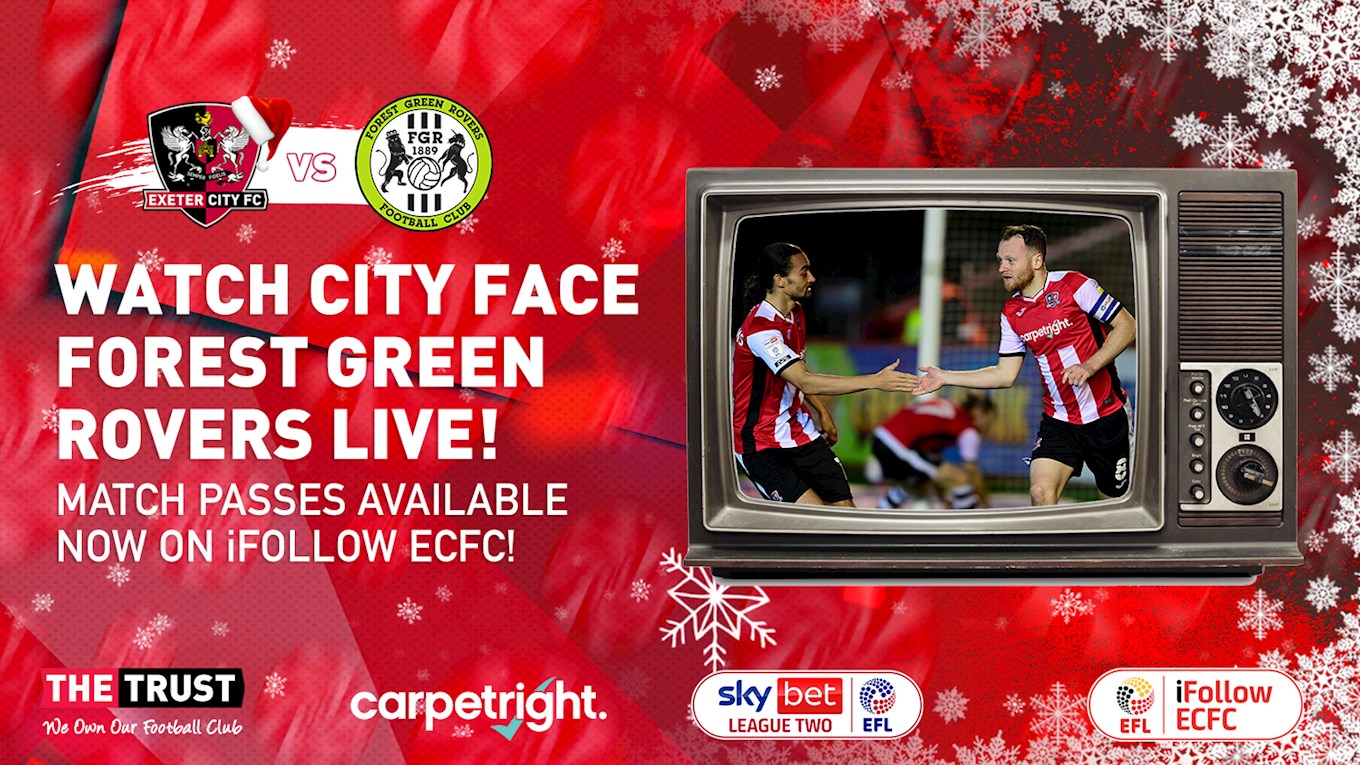 Jamille Matt's second half strike secured victory for Rovers, who moved up to second in the table.

Honours ended even in a tight top-of -the-table clash at St James Park as Exeter City and Forest Green Rovers played out a 1-1 draw.

Both goals came in the first half as Archie Collins’ wonder strike cancelled out Aaron Collins’ opener.

In a hotly contested affair City were much the dominant team but could not quite find the cutting edge needed to snatch all three points.

Matt Taylor made one solitary change to the starting XI. A change of formula saw Tom Parkes return to the line-up ahead of Josh Key. Lewis Ward returned to the squad and former Grecian Jayden Richardson featured in Mark Cooper’s unchanged visiting side.

Exeter had the first shot of the game. After a strong tackle from Jake Taylor in midfield, the ball fell nicely for Matt Jay who travelled to the edge of the box before being denied by Luke McGee.

Jack Sparkes should have netted the opener. City were aggressive in the press and won the ball high up in the Rovers half. Randell Williams fired a low ball across the box which evaded everybody but Sparkes who fired into the side netting with the goal at his mercy.

Ryan Bowman found himself behind the Green Devils’ defence but saw his powerful effort denied at the near post.

The Gloucestershire side almost scored after Alex Hartridge planted a low cross onto his own crossbar, but from the resulting corner the visitors were ahead. A clever low set-piece to the edge was expertly dispatched by Aaron Collins.

The dead ball was nearly the undoing for City again. A high corner to the back post was met by the free head of Jamille Matt, but Jonny Maxted got down to it well. Maxted had to be on hand again moments after, stopping Collins.

The Grecians grew in confidence and Joel Randall twice flashed a ball across the box but could not find a red shirt.

On 37 minutes Exeter smashed their way back on level terms with a Boxing Day Belter.

Early substitute Jake Caprice and Randell Williams created an overlap on the right-hand side. The latter put in a low cross toward Matt Jay. The striker could not quite reach it and Chris Stokes poked the ball out to the edge. Archie Collins raced onto the loose ball and crashed his shot off the underside of the bar to restore parity in emphatic style.

City had their tails up and nearly got their noses in front. From a corner Bowman flicked a header goal-bound but his effort was clawed away by McGee and from the loose ball Randell Williams cut inside but his left footed effort sneaked agonisingly wide.

After a cagey start to the second half City should have gained the advantage. Ryan Bowman met an in-swinging corner but saw his header go over the top.

Joel Randall really should have won the game for Exeter 18 minutes from time. Brilliant play from Collins in midfield saw the ball sprayed out right to Williams. The wingers cross picked out Randall at the far post, but he could only volley into the Big Bank from five yards out.

Both teams cancelled each other out for the majority of the second half in a tight affair between two very good footballing sides. 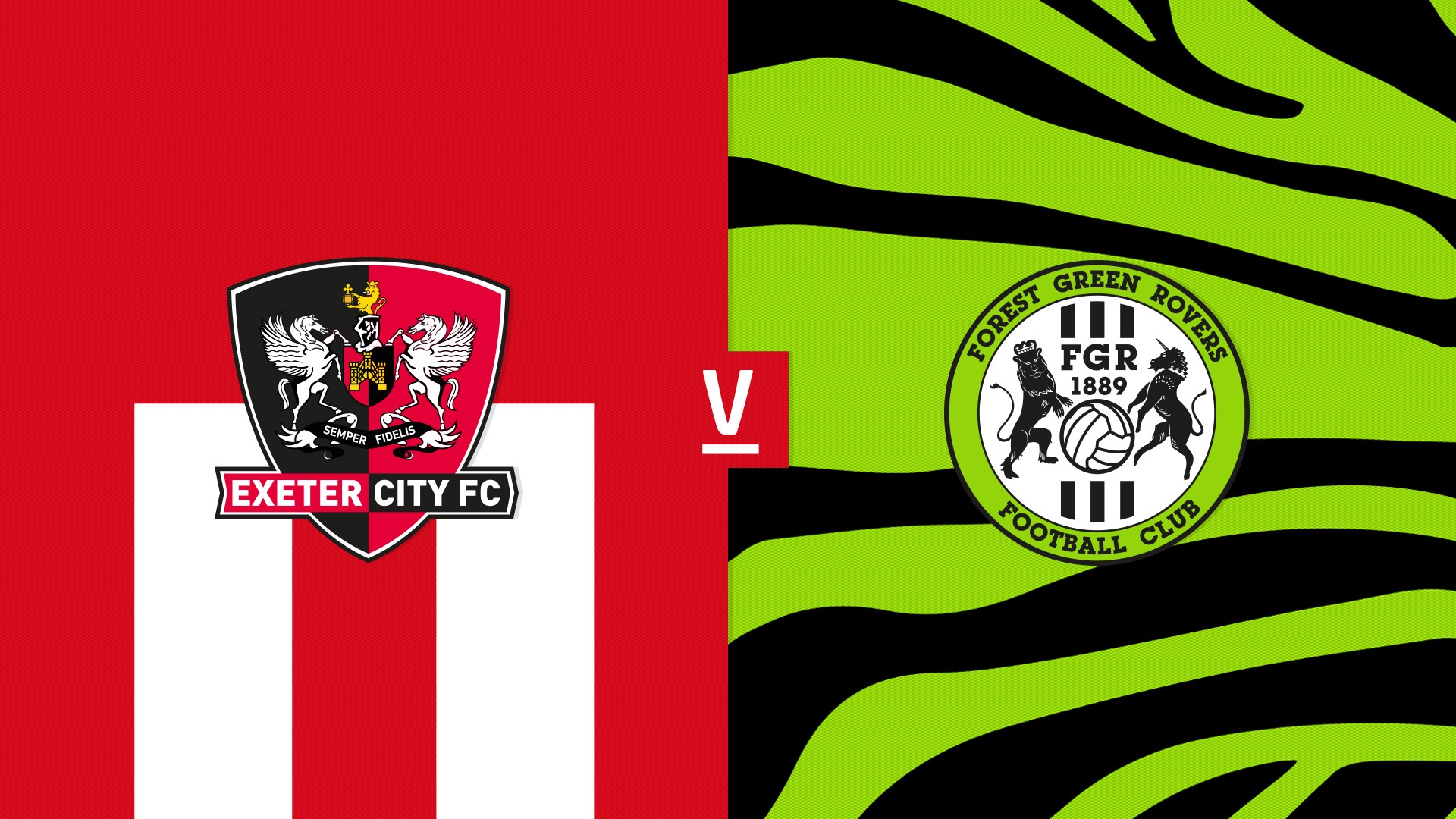 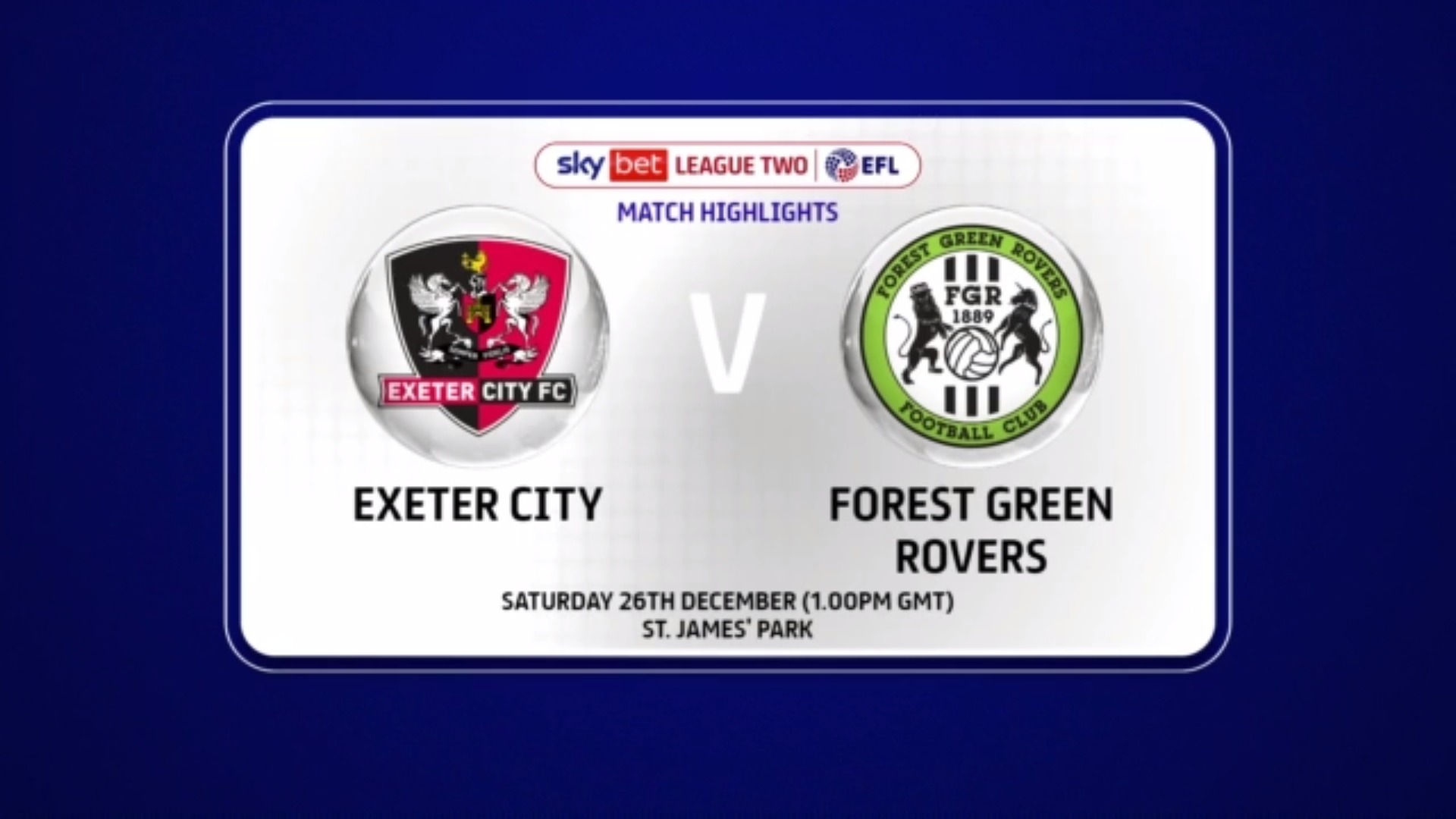 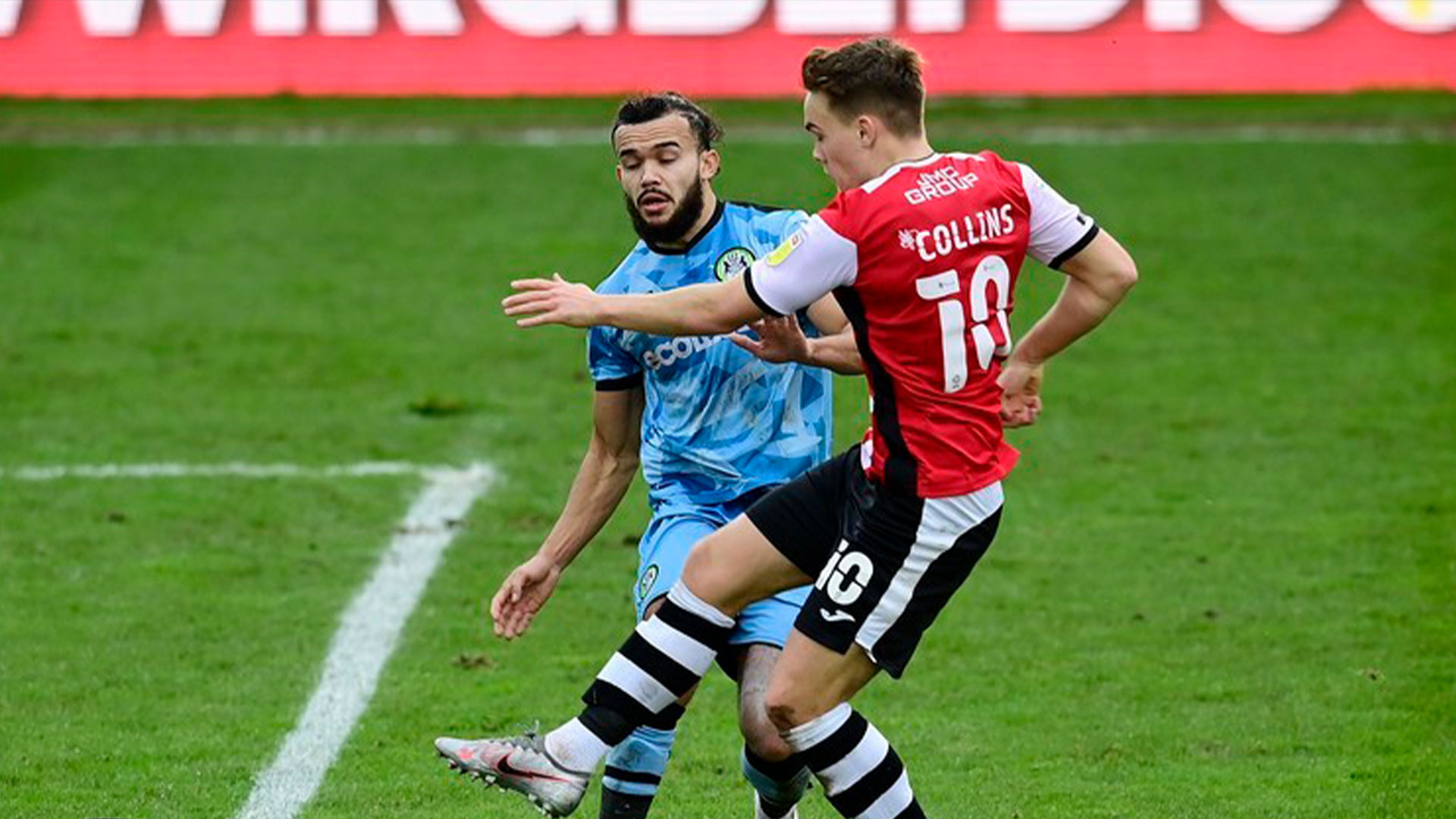