Exeter City are on the road once this Tuesday as they head east to take on Stevenage at the Lamex Stadium.

Looking to put the disappointment of Saturday behind them, City face the Hertfordshire side for the second time in ten days after our 3-1 victory at SJP on January 23.

After making his second City debut on Saturday, Jokull Andresson is once again available for selection and could be joined by deadline day signing Robbie Willmott who joined the Grecians on loan from Newport County until the end of the season. Sam Stubbs is still sidelined but isn't far away from his City debut.

Stevenage were victorious at the weekend, winning 2-1 at Grimsby with a 95th minute goal - that coming after they conceded an equaliser a minute earlier. They are unbeaten in their last six home league matches.

City captain Jake Taylor believes a good run in amongst their hectic league schedule can fire the Grecians up the league table.

City have eight matches in February, including six away from home starting at Stevenage on Tuesday night and Taylor believes three points could set them on their way to a good run of form.

"A good couple of weeks can shoot you up the table, and that's what we are looking to do," he said.

"The last little bits in front of goal have let us down the last couple of games but it's important we're still getting in good areas.

"We have to be patient and add a little more quality so we can be more free scoring like we were earlier in the season. 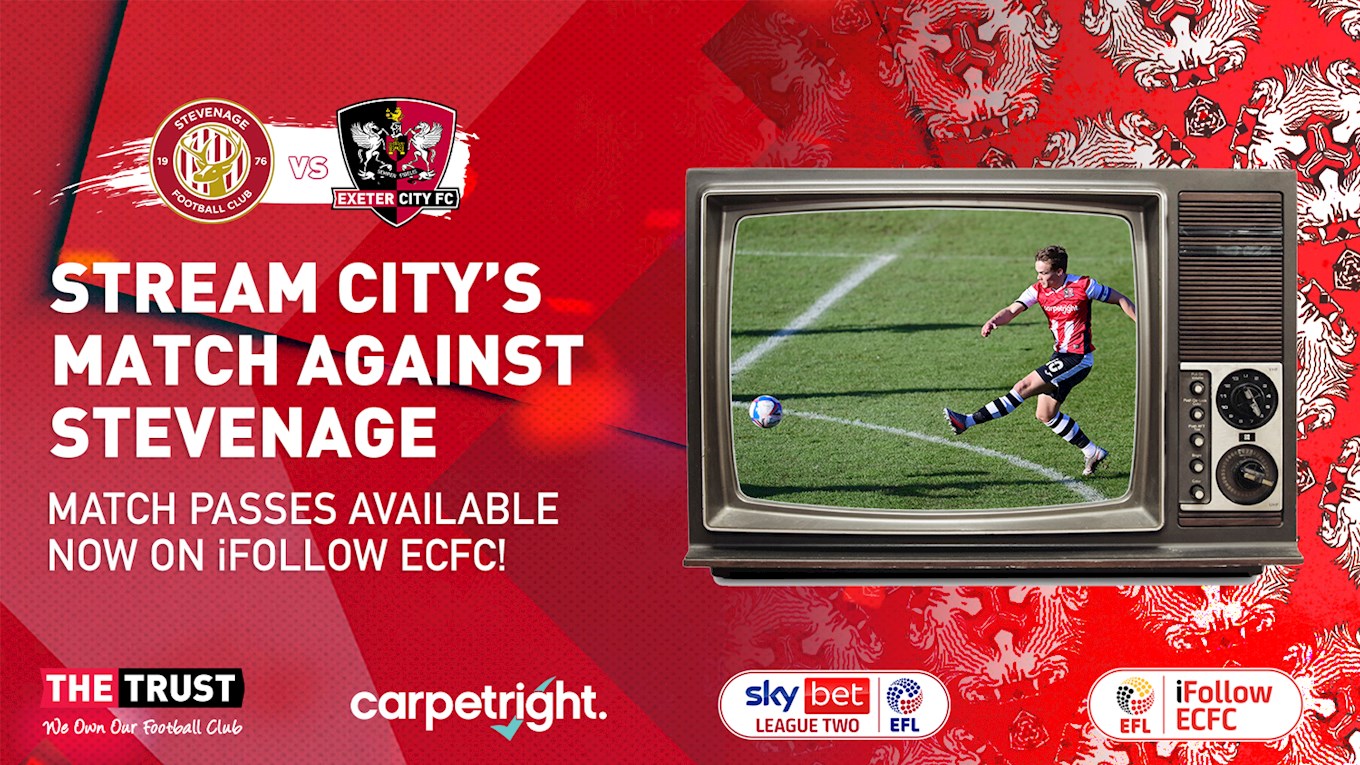 There were two stoppage time goals as Stevenage picked up their first away win of the season at fellow strugglers Grimsby.

Relive the action from ten days ago as Archie Collins, Matt Jay and Ryan Bowman secured City's first win of 2021.

A first half header from defender Rory McArdle was enough for the Grecians to hold onto, as their defensive efforts shone through to see out the victory.

Exeter City were looking to bounce back from their disappointing 1-0 away defeat to Carlisle on the weekend. Meanwhile, Stevenage were coming into the fixture unbeaten in their last six home league matches, however the Grecians were victorious over the Hertfordshire side just ten days ago after a 3-1 victory at St. James Park.

Matt Taylor named five changes from the defeat against Carlisle, Captain Jake Taylor returned to the starting line-up, Ben Seymour and McArdle were also named in the starting XI with Tom Parkes dropping to the bench alongside new signing Robbie Willmott.

The first chance of the half came to Stevenage striker Matty Stevens, who took the ball in his stride and unleashed a shot from 15 yards out, but the young Jökull Andrésson was equal to it, getting down low to his left to palm it away.

A few minutes left, Stevenage had another chance when Jack Aitchison played a 40-yard cross field ball across to Luke Norris who outmuscled Alex Hartridge and let loose a shot from outside the box, but it cannoned off the crossbar and away from danger to the relief of the City defence.

Moments later Exeter City conjured their first chance of the game, Matt Jay found Seymour in the box, but his low driven strike was just deflected behind the Stevenage goal. The resulting corner found defender McArdle free at the back post, but his tame header was easily collected by Stockdale.

Good work from Jay forced a forced Terrence Vancooten to put the ball behind for a corner.  It was swung in but cleared by Stevenage, finding Taylor on the edge of the box, but his effort was wild and flew way past Stockdale’s crossbar.

The Grecian’s then opened the scoring on the 28-minute mark when Jack Sparke’s left footed free-kick found McArdle in the box, whose glancing header made its way past Stockdale and into the back of the net.

Stevenage looked to reply swiftly through Elliott List, who hit the ball on the half volley after City cleared their lines, but the ball only stung the hands of Andrésson who managed to collect comfortably.

Andrésson was called into action not soon after, when Norris used his strength to bring the ball under control in the box after a long ball was sent forward. However, his fierce strike was superbly put over the bar by the Icelandic City shot stopper.

City nearly found a second goal just before the first half interval, when Sparkes drove directly down the left side of the pitch, sending a looping cross in towards Jay, but his near post header could only find the post.

The second half started with Stevenage having the majority of the ball, looking for a chance to get back into the contest. Although the first chance of the half fell to City when Ben Coker bought down Jay on the edge of the box after a poor kick from Stockdale left his defence exposed. Jay stepped up but the Stevenage wall judged their jump well and blocked the effort.

Stockdale showed his football league experience, collecting a ball quickly and sending a kick 80 yards towards the direction of Stevens, but Andrésson was alert and won the foot race to send the ball out of danger. The next chance fell to Norris who again showed his strength to bring down the ball but could only fashion a half chance in the box which rolled into the hands off Andrésson.

Exeter looked organised and controlled from back to front as the game wore on City were passing the ball around well and doing the dirty work in defence stopping any Stevenage attacks, with Hartridge and McArdle standing firm at the back.

City had a late chance when Jake Caprice swung in a ball towards the head of Ryan Bowman, but it was straight down the throat of Stockdale.

The referee indicated six minutes of added time, causing an onslaught of Stevenage pressure, but the Exeter defence dealt with everything that was thrown at them, meaning they returned to the West Country with all three points.

The Grecians are quickly back into league action this Saturday as Bradford City are the visitors to Devon, in a 1pm kick-off at St. James Park. 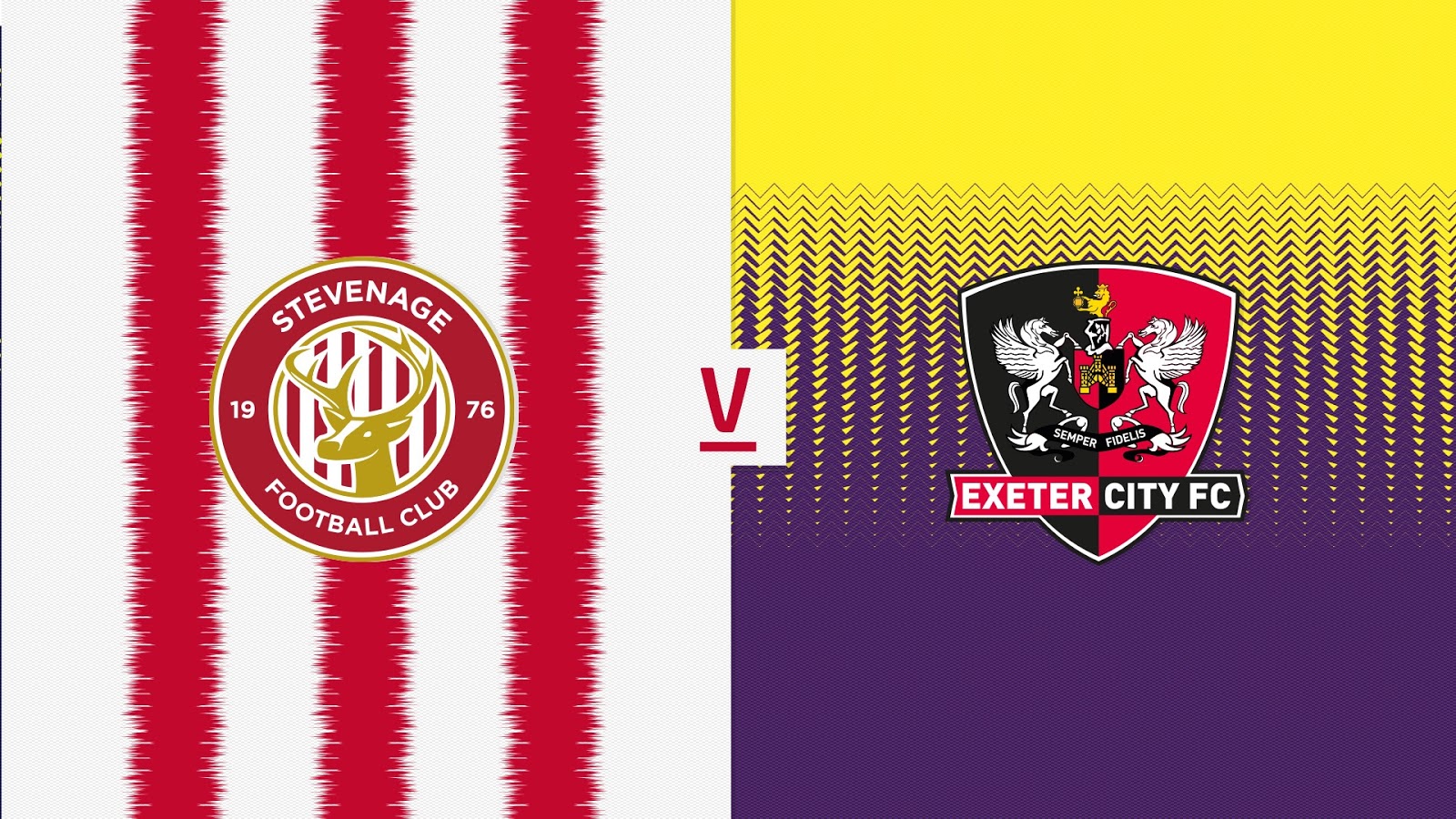 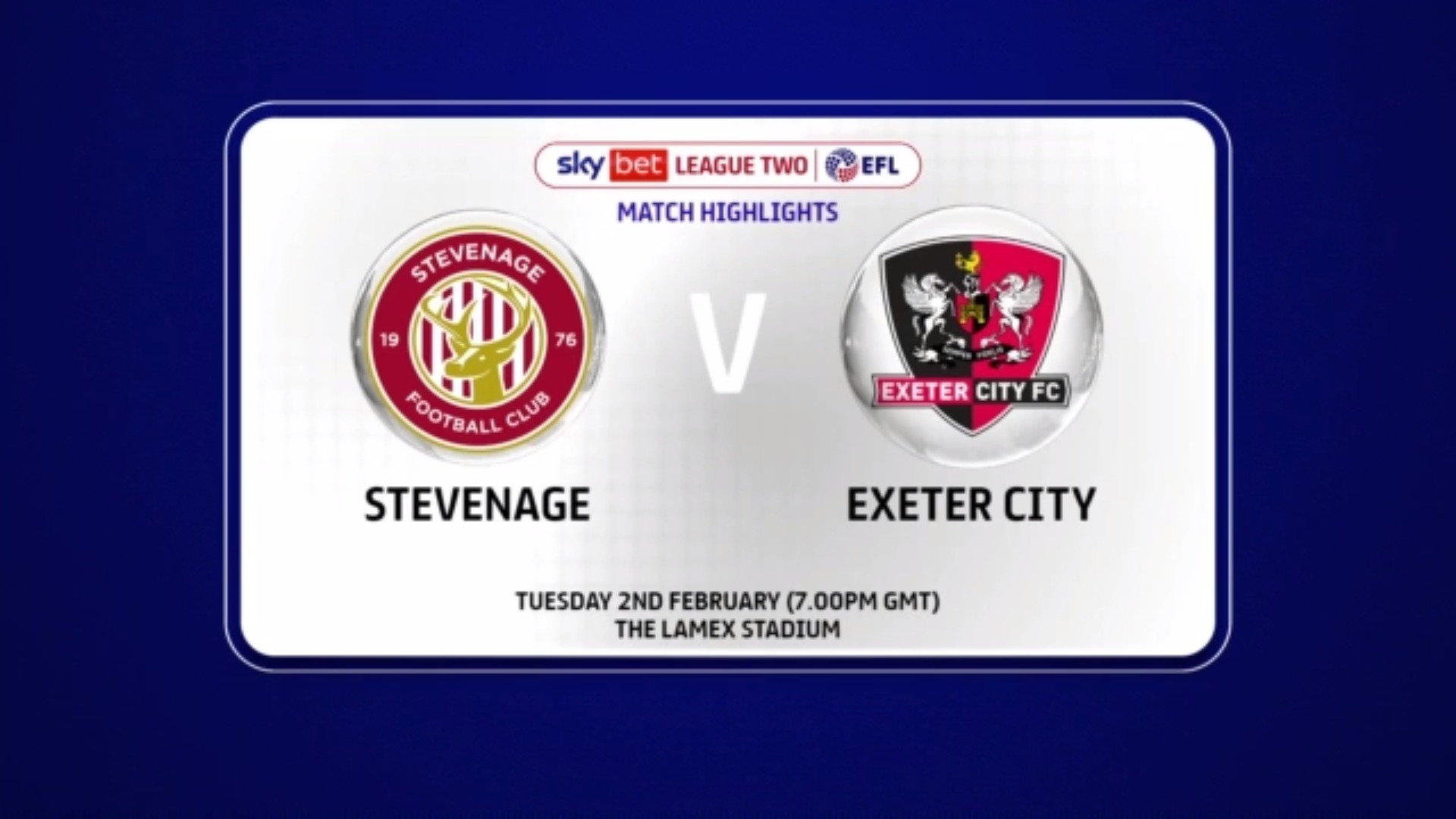 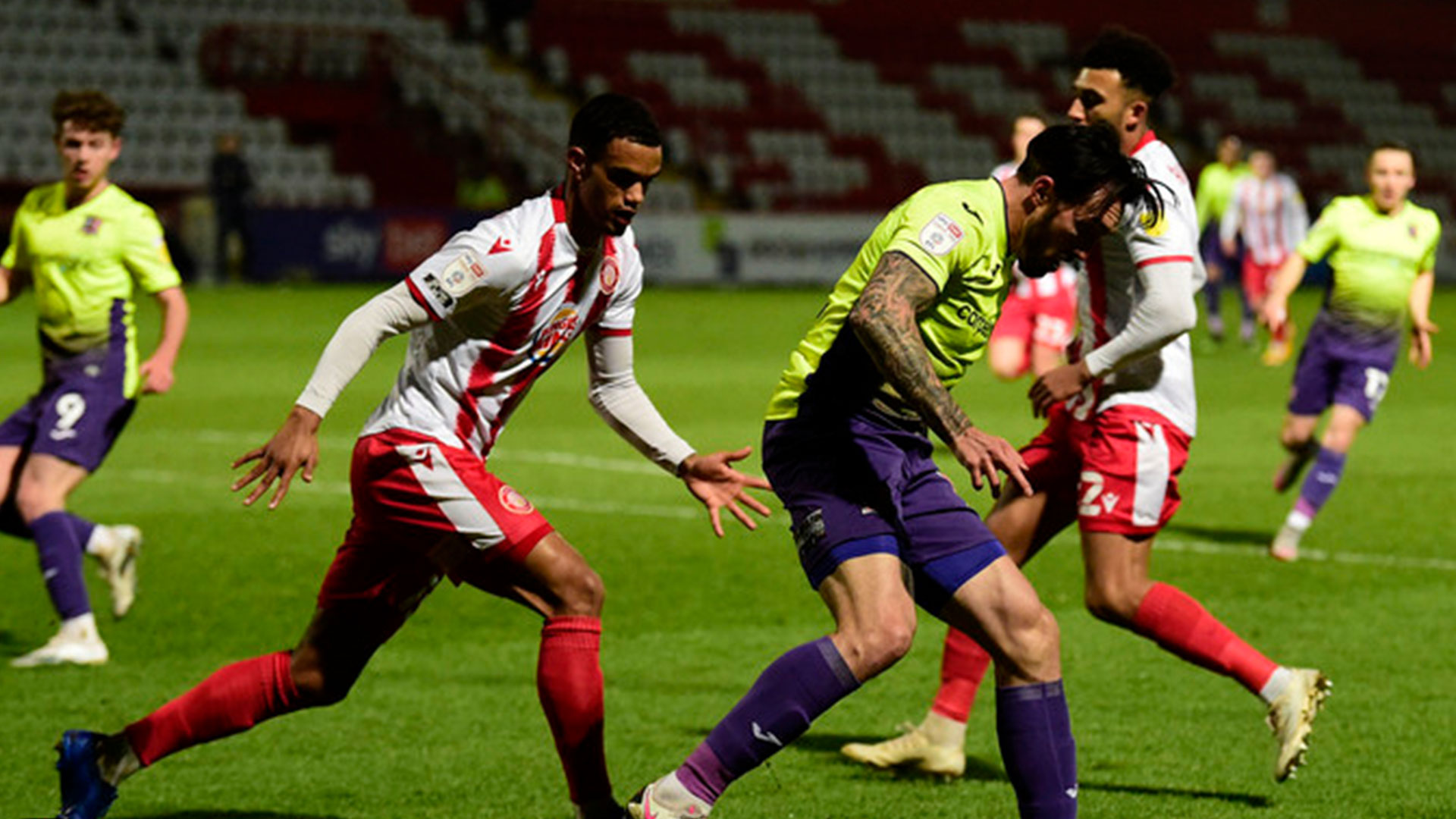