Exeter City head into their final League Two match of the season this Saturday with it all still to play for.

The Grecians take on Barrow at SJP knowing a win could be enough to seal a play off place, as long as one or more results involving the teams above them go their way.

Matt Taylor's side recorded a stunning late win at Bolton last weekend to take their play-off chances to the final day, thanks to Pierce Sweeney's 96th minute header.

The Bluebirds were beaten 2-1 at home to Southend United last time, but have secured safety in their first season in the Football League since the 1970's, ensuring that no side promoted from the National League has ever gone straight back down to the fifth tier.

Any of the following must happen if the Grecians are to secure a play off place.

A win for the Grecians - coupled with one or more results involving sides above them going their way - would see City's season extended and that is something the boss is on the hunt for.

"We know the pressure is there and we want our season to continue," he said.

"The last two wins have given us this chance so that fact we have a chance is testament to that and the way we ended our last two matches.

"This will be a completely different game to Bolton. It will be a classic end of season game that is tight and nervy, but we take confidence into it from our second half performance last weekend."

Sadly fans can't be at the match but you can get the next best thing by purchasing a match pass at the cost of just £10 in the UK. The stream includes Exeter City club commentary, score overlay and replays.

Barrow were beaten in their final home match of the season by Southend, who despite the result were relegated. Scott Quigley put the Cumbrian side ahead, but the Shrimpers fought back through John White then Terrell Egbri.

In this rearranged fixture that was finally played a month ago, it was the hosts who took all three points on their search for League Two survival. Patrick Brough scored at the end of the first half and it was in second half stoppage time that they doubled their lead through Scott Quigley. A couple of minutes later, effectively with the last kick of the game, Pierce Sweeney got a late consolation.

Heading into the game the objective was simple – win, and City might just have a chance of getting into the play-offs, and whilst there were a number of different permutations that could help us on our way, all focus was on the job of the boys in red and white here at St James Park

Matt Taylor chose to go into the match with an unchanged XI from the side that started in the dramatic win against Bolton last weekend, whist for Barrow Rob Kelly made four changes to his starting line-up, with Patrick Brough, Chris Taylor, Neil Eardley, and Calvin Andrew brought into the side.

There was not much in the contest in the opening 10 minutes as both sides looked to get a hold of the match in the midfield area, whilst City showed some promise down the left flank, which would become a theme of the first half.

The first clear opening came shortly after as Scott Quigley put Chris Taylor in behind the City defence, and the Barrow midfielder curved his shot just a fraction wide of Jokull Andresson's post.

Moment later, hearts were in mouths once again when one ‘keeper nearly did over the other as Dixon’s long kick up field bounced over the head of Andresson, who thankfully scrambled back to tip the ball wide for a corner.

At the other end, City continued to look dangerous down the left-hand-side through the combination work of Lewis Page and Robbie Willmott, and it was the pairing who found the breakthrough as Page fed the ball through to Willmott whose cross put it on a plate for Matt Jay to score his 20th goal of the season from close range.

City continued to cause Barrow problems down that side of the pitch, but they also had a threat of their own and just before the break the ball fell to Neil Eardley on the edge of the box and his powerful low-strike almost levelled things up.

City started the second half brightly, and once again the busiest player was Willmott who created several opportunities for his team-mates from wide areas, not least when his cleared cross was taken down by the chest of Jake Taylor whose volleyed effort caused Dixon to scramble and hold onto the ball.

Then, in agonising fashion, Barrow found an equaliser. A second corner in succession was swung into the middle of the six-yard-box, and when the ball fell to Tom Beadling, the central midfielder hammered his shot into the back of the net to level the scores.

From here on, the game began to stretch as the rain poured down on the park. Willmott continued to press and harry, and whilst Matt Taylor looked to influence proceedings with a series of changes, quality chances were few and far between.

The best chance City had to get back in front came when Ben Seymour got the better of Kgosi Nthle and hit a superbly driven ball across the six-yard-box, but the oncoming Ryan Bowman couldn’t quite take full advantage off the offer as his effort sailed away from the goal and into the Big Bank.

Bowman again found himself in a good spot to the left of the Barrow goal, but his effort was easily saved, and whilst the rebound looped to Nigel Atangana, the Frenchmen’s effort did little to trouble Dixon.

With seven minutes of added time given by the fourth official, City continued to look for a way through, but Barrow were not to oblige. Nor were any of the other teams we needed favours from, and as ref blew the full-time whistle on a 1-1 draw at the Park, it was clear that whilst Matt Taylor’s young side had taken the season right to the wire, they couldn’t quite cross the line as the Grecians ended the 2020/21 campaign just outside the play-off places. 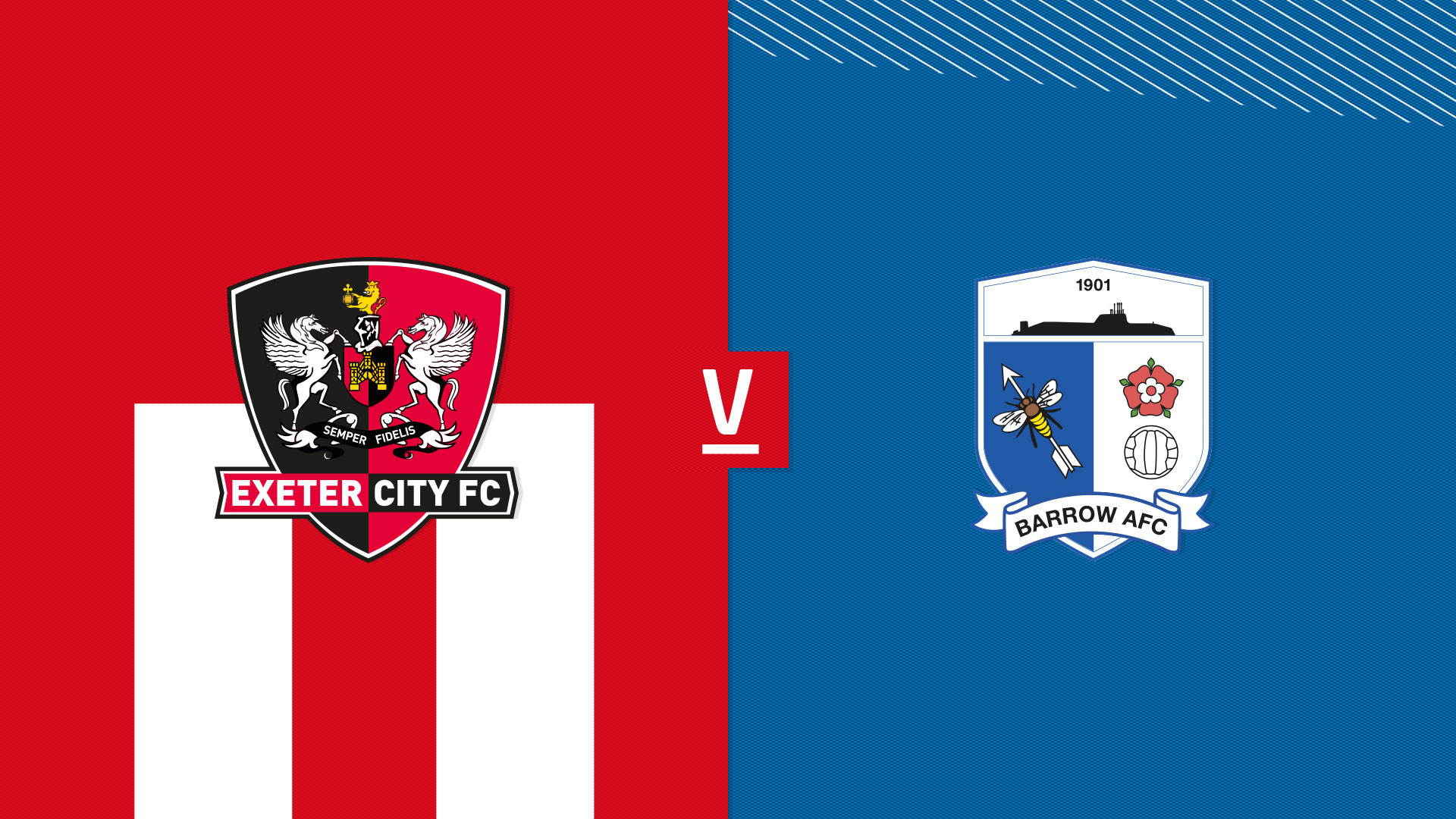 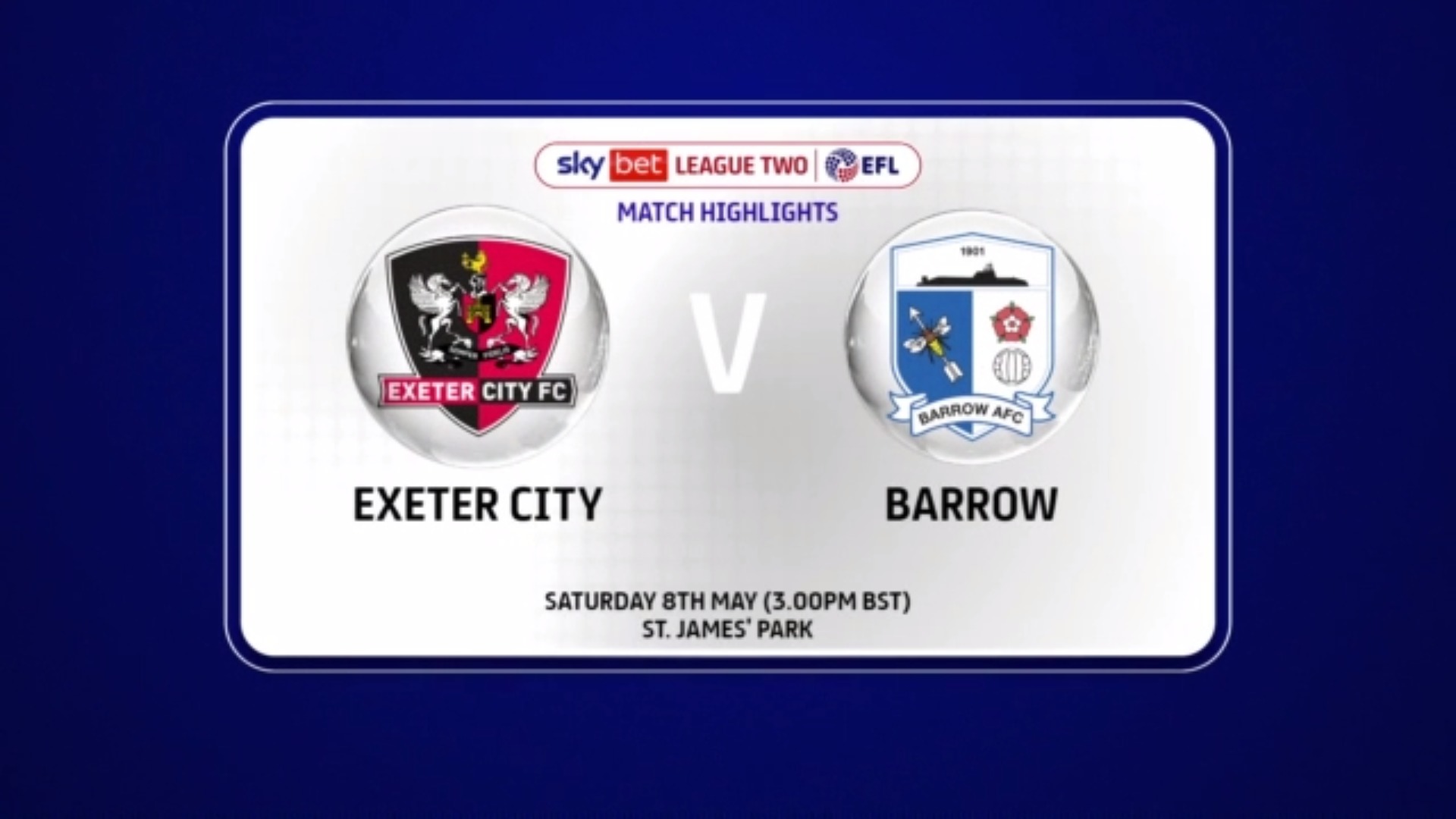 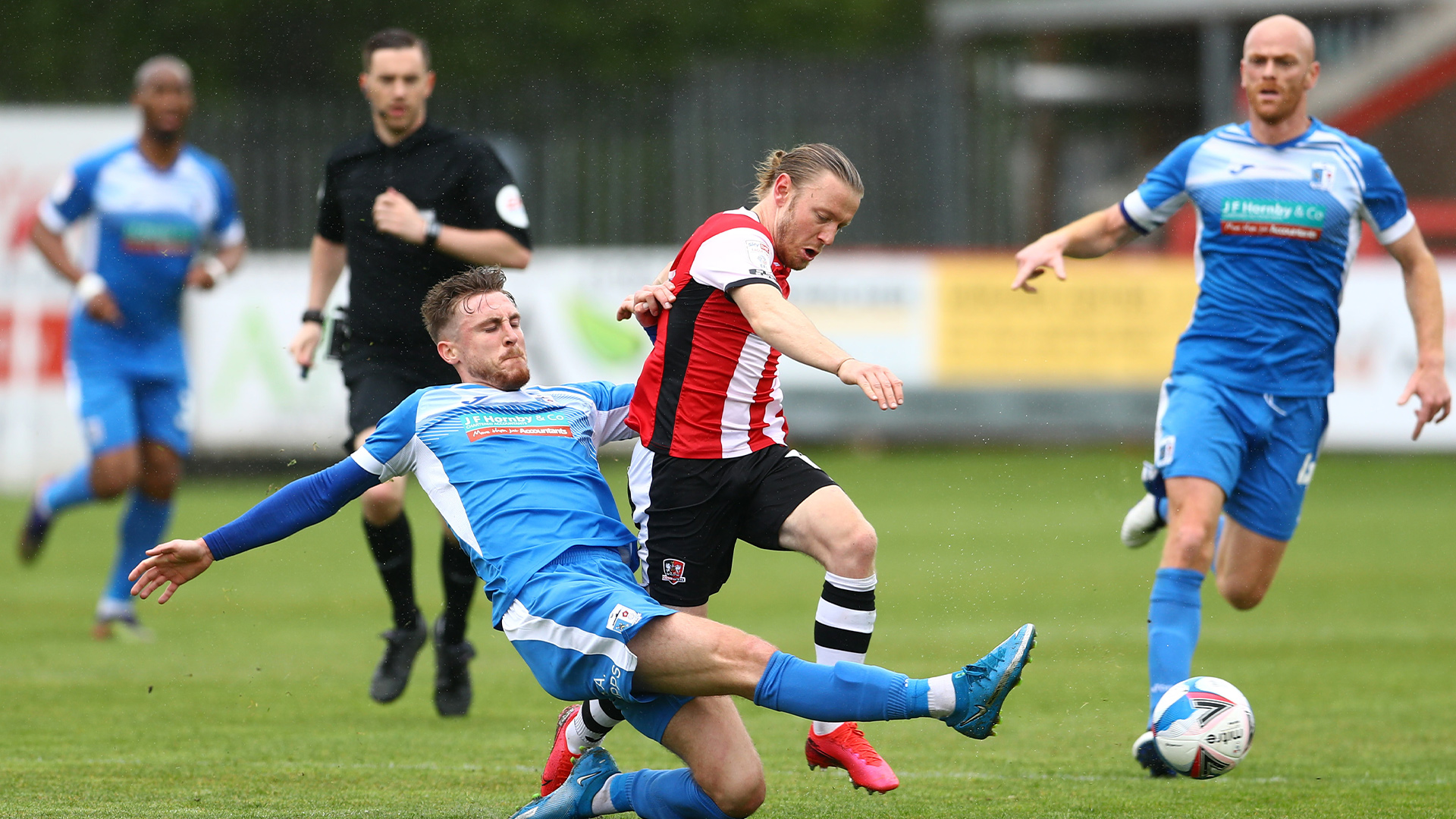