Exeter City will be looking to make it five matches unbeaten as they make the relatively short journey to the West Midlands to take on Darrell Clarke's Walsall.

City boss Matt Taylor has spoken to the press ahead of the game and says his side are ready to face a strong Saddler's side.

"I was at Walsall's game on Tuesday night and they were excellent, in some respects, in their play," he said.

"They've always been strong at home. We have to match their strengths and use the ball. I expect it to be a good pitch and a fast game."

You can hear the full interview below:

Exeter survived a late onslaught to earn a goalless draw at Walsall, where neither side could find a crucial breakthrough.

Matt Taylor made two changes from last week’s draw with Southend. Alex Fisher and Pierce Sweeney returned to the starting 11, for the absent Bowman and McArdle. Nicky Law and Will Dean took their seats on the bench.

As for Darrell Clarke's side, Osadebe started in place for Guthrie in midfield, Lavery dropped to bench for Sinclair.

Up the other end Alex Fisher tried his luck from 25 yards for Exeter’s first shot of the afternoon, but the effort drifted wide of Liam Roberts’ post.

On 11 minutes, the first big chance of the game fell to the home side. Down the Walsall left, Wes McDonald wriggled away and sent a low ball in, but Osadebe’s finish went wide of Lewis Ward’s goal.

Lewis Page found himself in several good areas throughout the half. A nice wide ball from Archie found Page with room to work. The left-backs cross-come-shot evaded everyone for a Walsall goal kick.

Walsall’s abundance of physicality was on show when Osadebe ‘s powerful run through the middle caused Exeter City problems. The attacking mid laid the ball back for Norman but his cross was well met by the commanding Lewis Ward.

Within minutes, a City break saw Lewis Page set down the flank, after neat hold up play by Collins, Page was found again, but again his first time cross was well defended.

Exeter’s chance of the half came down the opposite flank. Josh Key’s cross on the right-hand side troubled Walsall and Alex Fishers header took a slight deflection and finished agonisingly over Roberts’ bar.

Kinsella didn’t trouble the Exeter goal on the half hour mark as his follow up effort from a cleared corner went high into the would-be away end.

The Grecians’ crosses kept coming and shortly before the break neat interchange down the right-hand side found Randell Williams in space, Josh Key overlapped and delivered a fizzing low ball, but Fisher’s flick was simple for the goalkeeper, so the game remained level at the break.

Matt Jay had the first shot of the second half, Fishers flick found Jay who right foot effort was comfortably saved.

The Saddlers responded by testing Ward themselves. McDonalds speculative effort was safely retrieved by the City number one.

Walsall forced a corner as City were caught napping on the ball. Taylor was dispossessed about 25 yards out, but Tom Parkes scrambled the ball to reasonable safety.

Adebayo also worryingly nicked the ball off Tom Parkes on 58 minutes, but his effort was blocked as Walsall took a foot hold.

The home side made the first sub soon after, former Newcastle United midfielder Danny Guthrie was introduced for Sinclair.

Elijah Adebayo’s height and strength troubled the City defence, and Sweeney was eventually booked for his battles.

Walsall threatened after a looped ball into the box was well flicked on, but Kinsella couldn’t quite divert his effort goalward.

As the rain settled in, Matt Jay found an onrushing Josh Key at the far post, but the stretched effort was off target.

Exeter’s best chance of the game fell to MJ. Williams and Fisher exchanged passes down the right-hand side. The strikers cross bundled to Collins on the edge. He, in turn, fed Jay but his shot only found the side netting.

Walsall striker Caolan Lavery was introduced with 20 minutes to go for the tiring Osadebe and straight away the substitute nearly got clear, but the pass was luckily overhit.

Lewis Ward was thrown into the action with a terrific save. A high ball into the Exeter box was met by Adebayo and the 22-year-olds header was superbly saved by the Grecians keeper to tip the ball over and to safety.

Searching for a winner Matt Taylor changed the formula, as Ben Seymour came for Joel Randall.

Walsall started to find pockets in and around the Exeter box, Holden found Adebayo expertly, but his shot was blocked by the valiant Josh Key.

Ben Seymour had a glorious, but tough, opportunity to break the deadlock late on. Goalkeeper Liam Roberts slipped on the edge of the 18 yard area, but the sub couldn’t convert under heavy pressure.

Fisher was withdrawn for the final four minutes in replace for Nicky Law and the game petered out to a deserved draw between two fine footballing sides.

A positive result though, for the first ever league 0-0 draw between the two clubs. 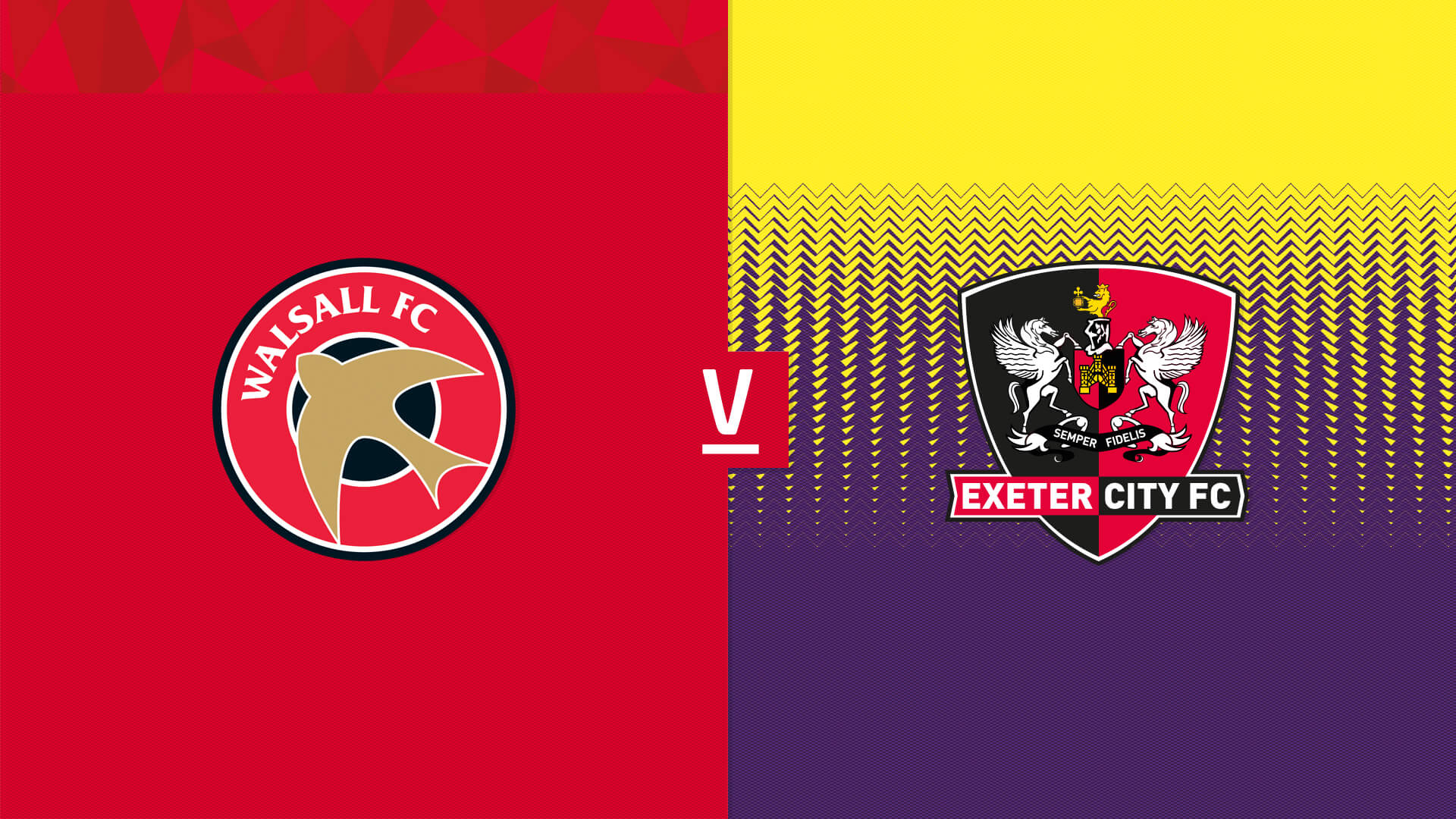 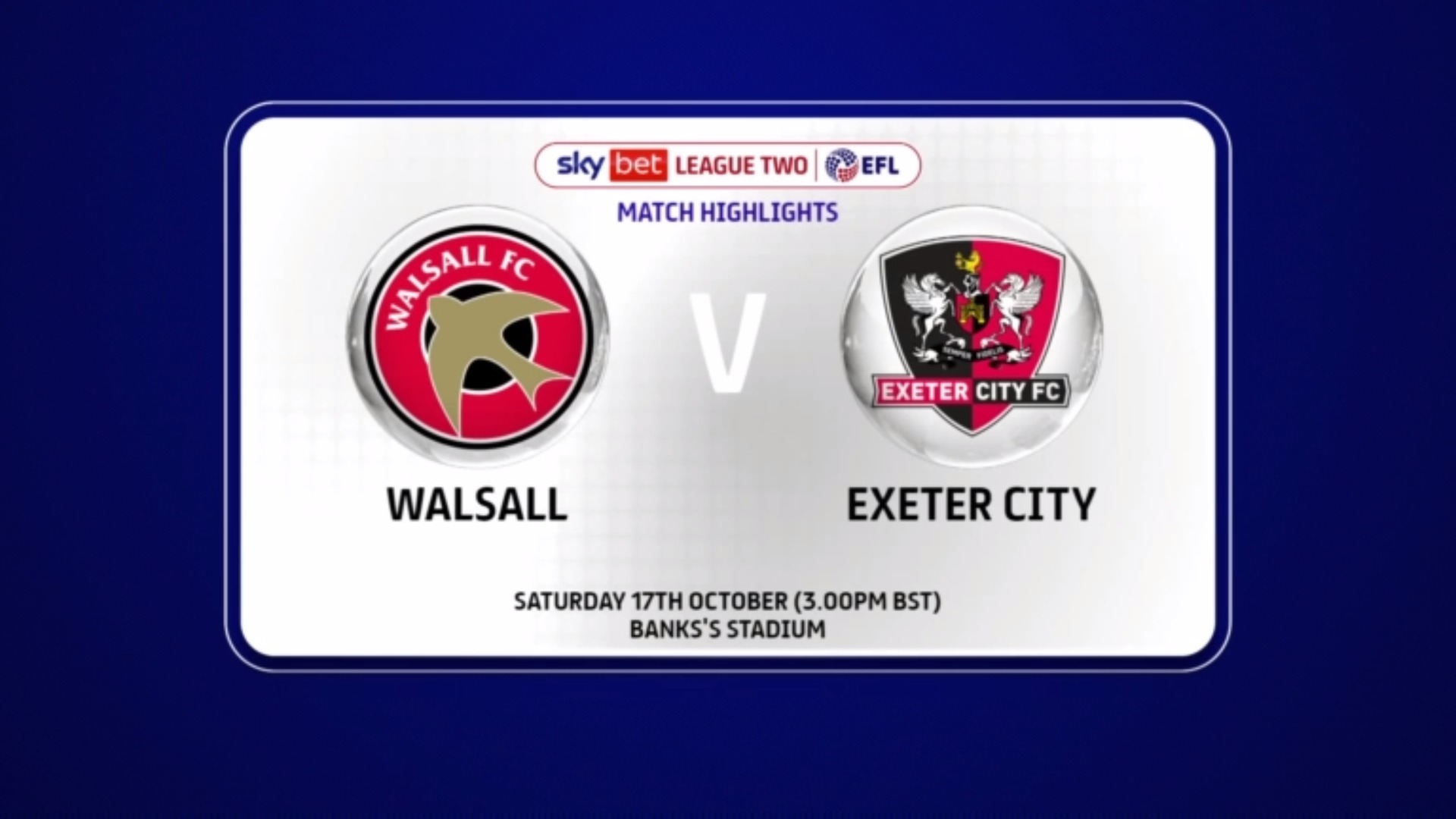 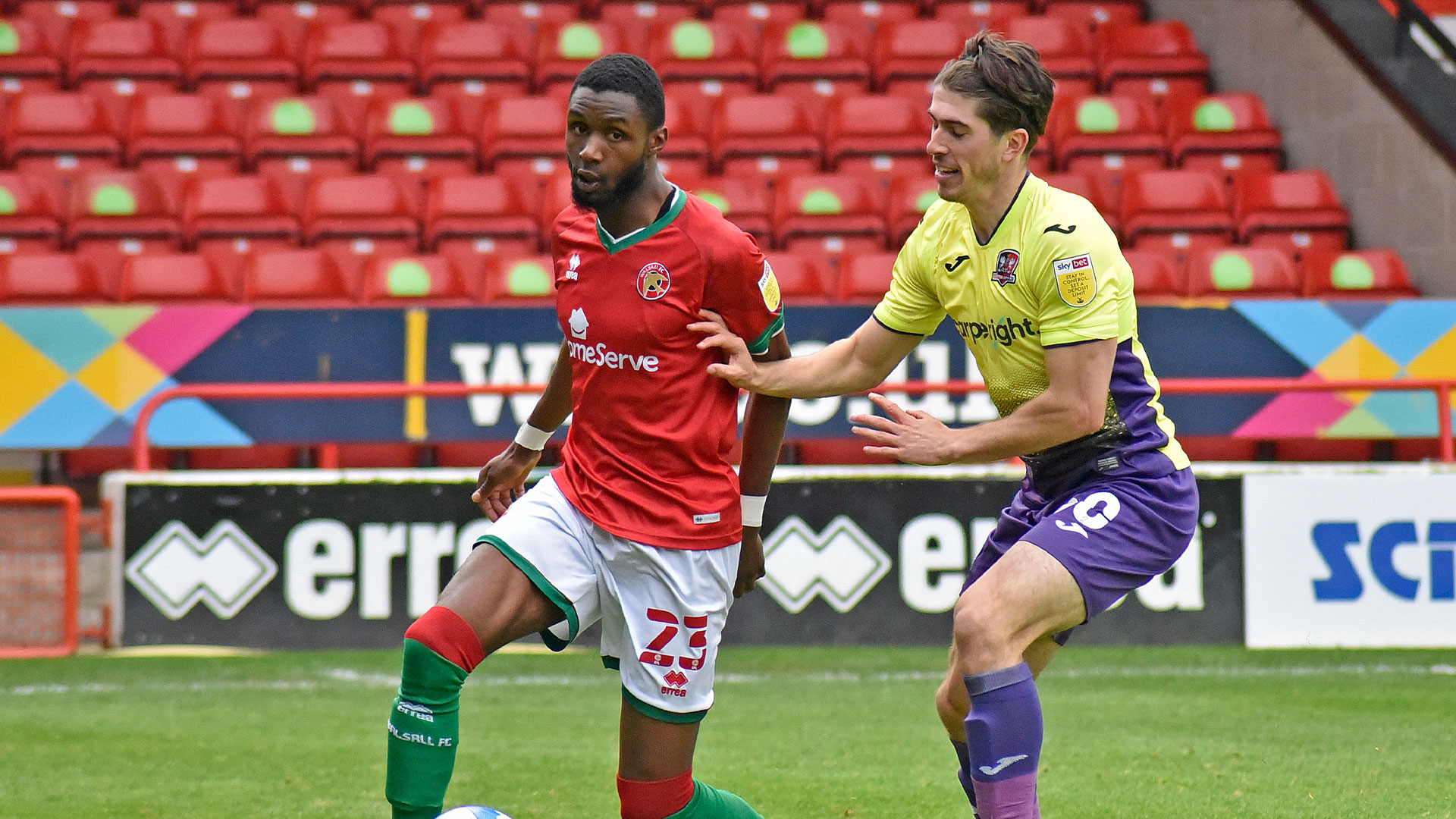