Exeter City will be looking to pick up their first league win of the season as they travel to the One Call Stadium on Saturday to face Mansfield Town in a 3pm kick-off.

Ahead of the match, manager Matt Taylor has urged the team to perform better than last time out against Port Vale.

“We have to perform better than last week. We know that it was a below par performance as a collective and there were too many individuals who were off their game, so we’re looking for a response to the home performance against Port Vale." 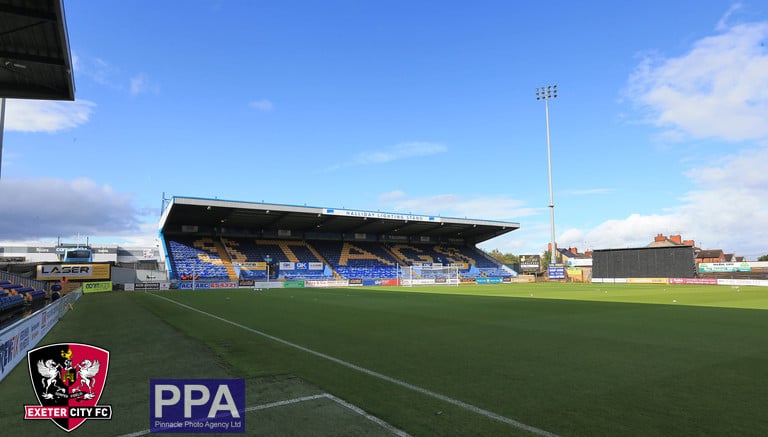 Mansfield surrendered a 2 goal lead in the last ten minutes against Leyton Orient to pick up a point in their last league match.

Exeter City picked up their first league win of the season as they beat Mansfield Town 2-1 at the One Call Stadium.

The Grecians came from a goal down to take the points. Rollin Menayese had put the home side in front, before an own goal from Ferrand Rawson in the first half. Josh Key’s first league goal in the second half meant the Grecians headed home to Devon with the three points.

The home side had the first chance inside three minutes. Striker Andy Cook, who found himself through on goal but his strike edged past the post and into the side netting.

Joel Randall had City’s first opportunity of the match just shy of the quarter-hour mark, as he had a shot from the edge of the area, which was blocked.

Almost immediately after, there were huge shouts for a handball by a Mansfield player inside the penalty area, but referee Christopher Pollard was not interested.

Shortly after the penalty shout became even bigger, as Mansfield took the lead just after 20 minutes. Rollin Menayese fired in at the back post after a corner routine.

As the game passed the half-hour mark, the Grecians had a chance to level the scoreline. Randall again involved, as he found Jake Taylor who whipped a ball in which was cleared for a corner.

City responded well after going a goal behind and that proved with an equaliser five minutes before the break from a corner.

The ball was whipped into a group of bodies inside the six-yard box by Matt Jay, which was bundled into his own net by Ferrand Rawson, which took Matt Taylor’s side into the break, deservedly on level terms.

The second 45 began with two chances for the hosts. Jordan Bowery was found at the back stick, but his header went over the bar. Then two minutes later, Lewis Ward stood brave to deny Cook from point-blank range.

With very little chances during the opening stages of the second half, most of the play was in the middle of the park.

City’s first chance of the second half was a big one asRandall hugged the far touchline before he got past his man to square the ball to Randell Williams, but Stech denied him with a fabulous stop.

he chance really perked up Taylor’s boys and soon after started to ask more questions of the Mansfield defence.

There was another chance for the Grecians soon after, as Key stung the hands of Marek Stech in the Mansfield goal before it was cleared at the back stick for a corner.

From the set play, City took the lead! Key was the man of the moment again, this time his effort could not be stopped as he headed into the roof of the net; his second goal in five professional starts in all competitions.

The Grecians could have had a third almost ten minutes later as Ryan Bowman had the ball in the net, but the assistant referee’s flag went up for offside.

Just before added time, Mansfield came close to a leveller, but Ollie Clarke’s effort fired just wide of the post after being set up by Nicky Maynard.

The referee blew for full-time and City’s comeback was complete. City take on Cambridge United next in League Two at St James Park on Saturday, October 3. 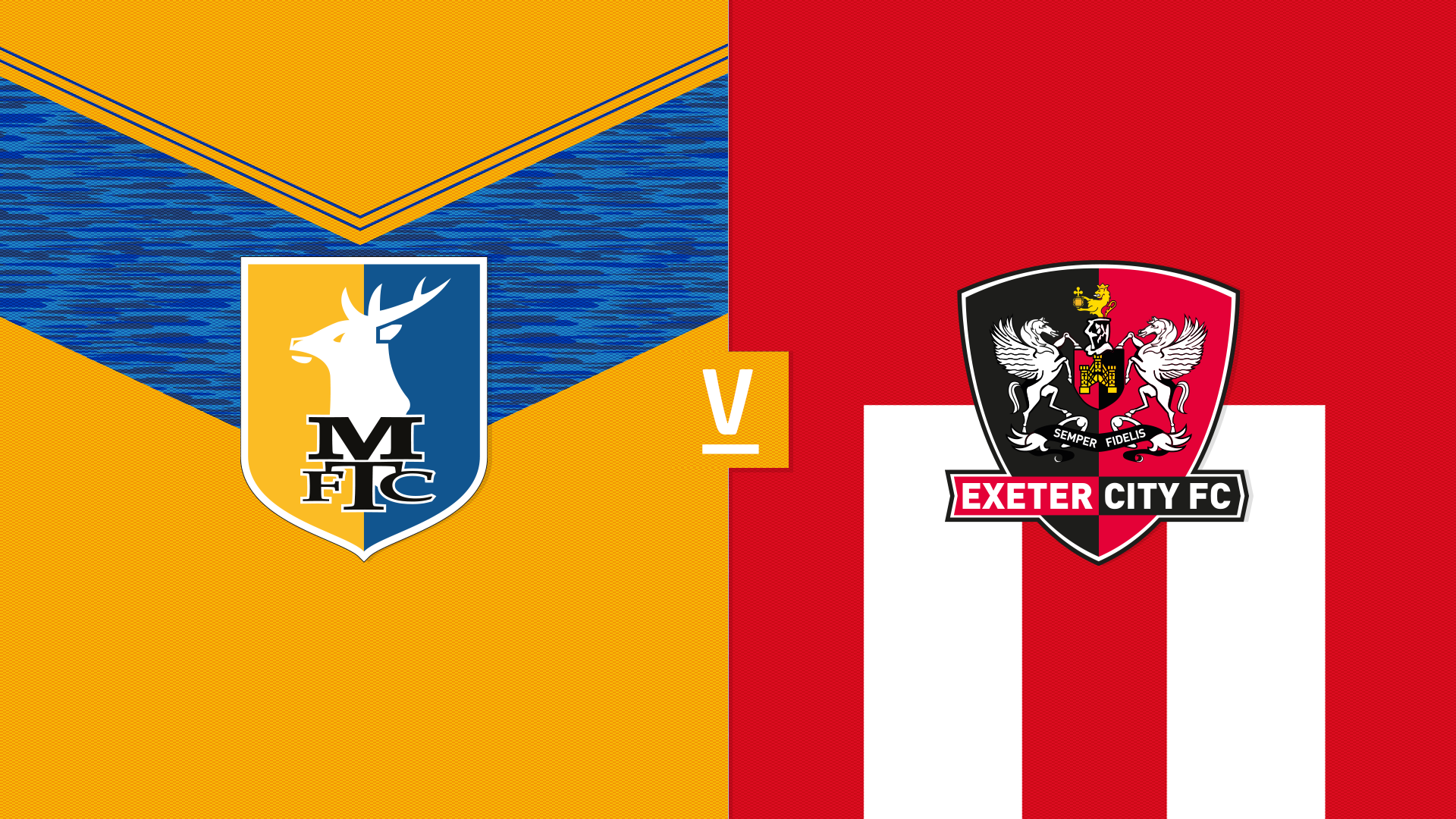 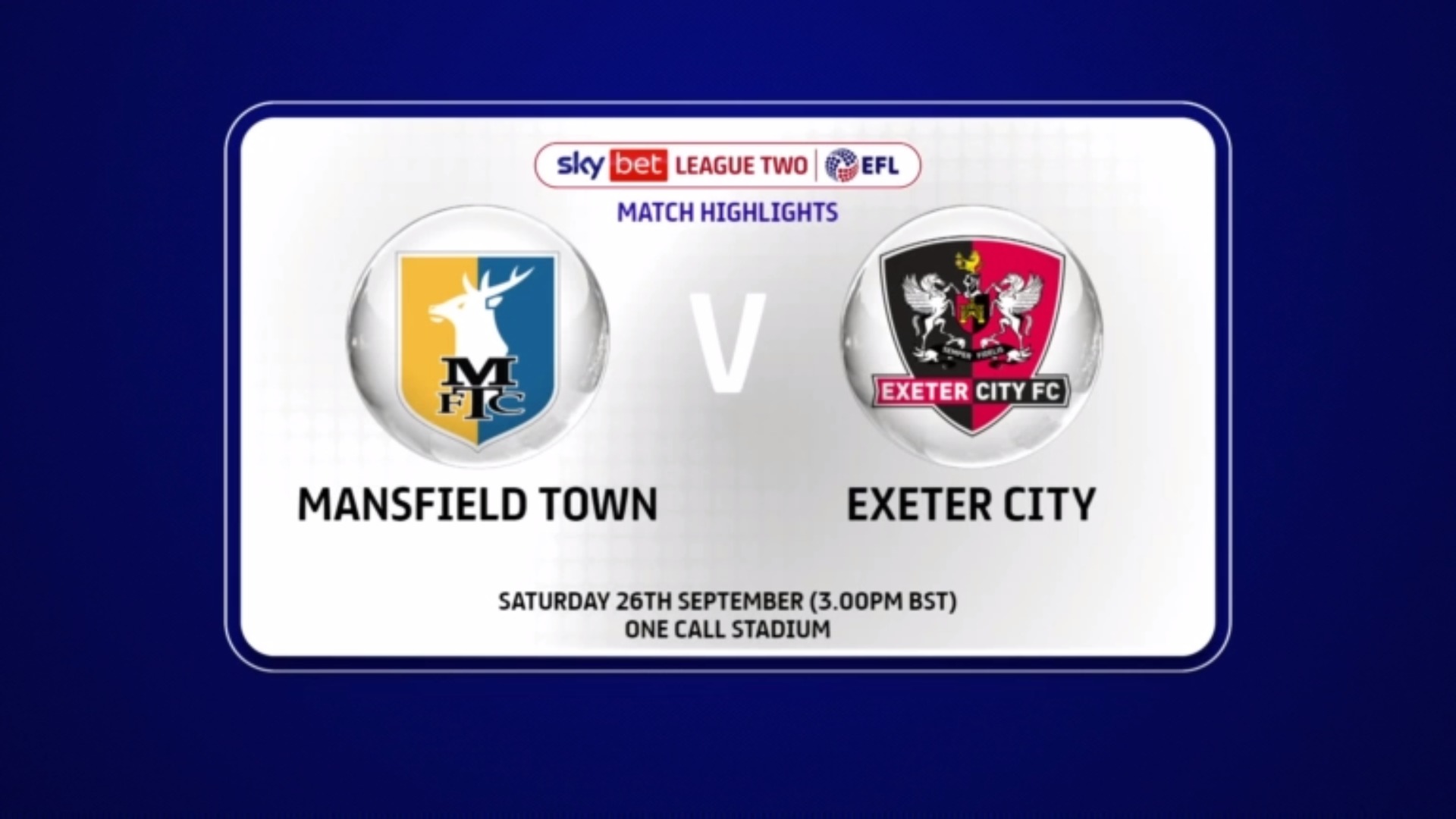 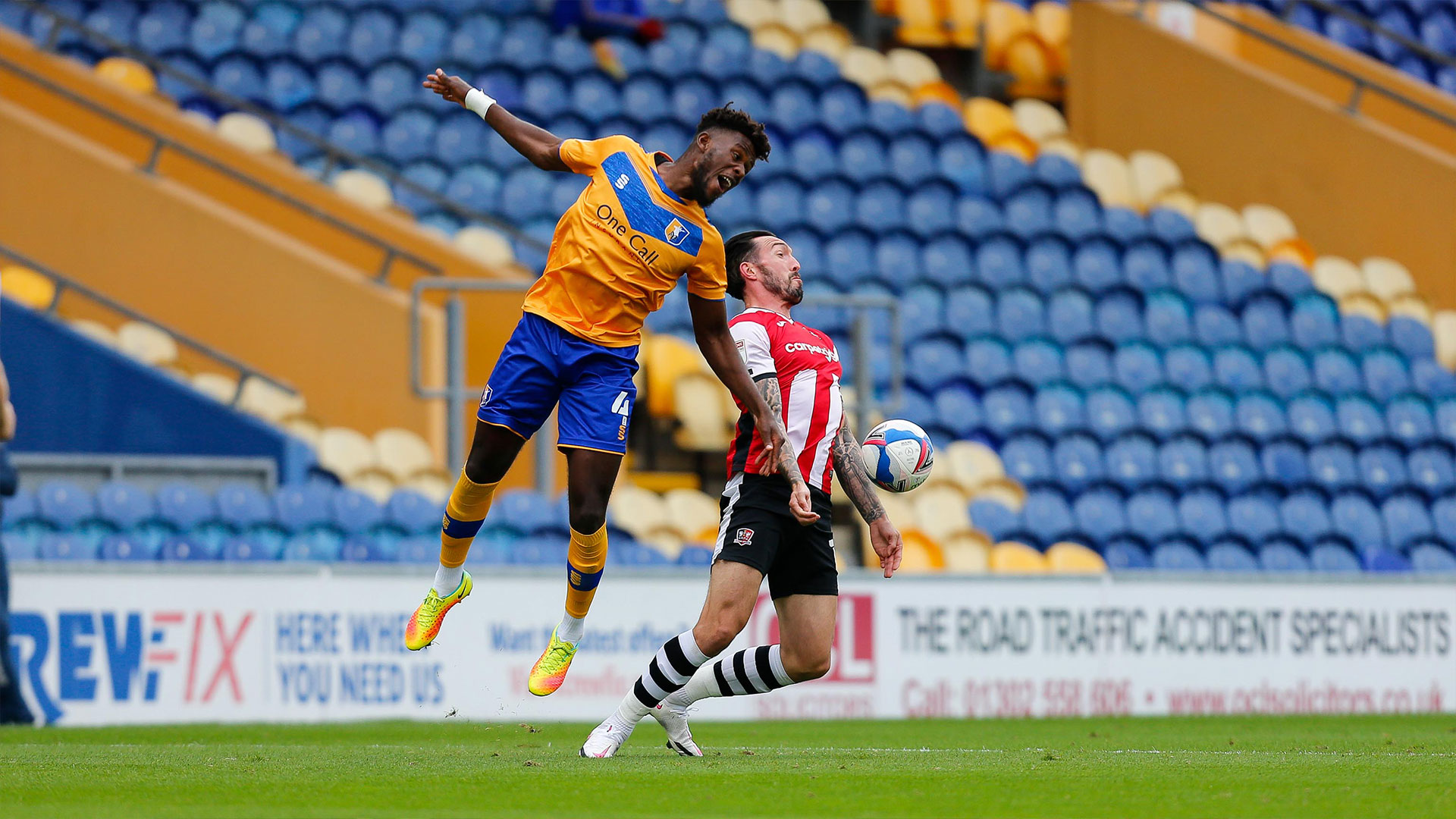