Exeter City kicked off the 20/21 EFL Sky Bet League Two season with a 2-2 draw against Salford City at the Peninsula Stadium.

Manager Matt Taylor handed League debuts to Academy products Josh Key and Will Dean, who had impressed in pre-season and Tuesday’s win over Forest Green Rovers in the EFL Trophy.
Summer signings Lewis Page and Rory McArdle also made their City league debuts as the Grecians lined up in a 4-4-2 formation.
The match flew to life in just the second minute as Salford defender Ibou Touray take a shot from 20 yards which whistled just wide of Lewis Ward in the Grecians goal.
Salford’s next attack would see them take an early lead as Ian Henderson found the back of the net with a close-range header which took a deflection on its way past Lewis Ward.
City would force their first chance in the seventh minute as Matt Jay pounced on some loose defending from Oscar Threlkeld down the left to feed Lewis Page who stormed into the area, but Salford cleared the danger.
City would almost level with a well worked chance with 16 minutes on the clock as Joel Randall picked up the ball in the centre and sent an angled ball through to Jake Taylor who cut inside his man and found Matt Jay whose shot was deflected over the bar.
City had found some confidence and would draw level through Matt Jay on 22 minutes. Ryan Bowman did well to hold up a long ball and MJ picked up the ball, drove forward and found the bottom corner.
The Grecians could have been in front a minute later as Joel Randall was found in space down the left, he crossed to the back post where Ryan Bowman sent a header into the side netting.
The goal had given City confidence and they started to pass the ball around nicely, another loose ball from Salford allowed Ryan Bowman to nip in but Ash Eastham managed to stay strong and Hladky smothered the ball.
City took a deserved lead on 34 minutes as a clever corner routine saw Archie Collins float a ball in, Ryan Bowman did well to keep it in on the touchline and Jake Taylor sent a thunderbolt of a half volley towards the top corner, Hladky did brilliantly to tip it onto the bar, but Joel Randall there to nod home for his first league goal.
It should have been 3-1 on 43 minutes as Matt Jay does brilliantly to find Jake Taylor, who turns his man and curls towards the bottom corner but Hladky made a magnificent save to push the ball wide and City would go in ahead at the break.
Salford made one change at half time as Tom Elliott came on for Luke Armstrong to change the shape, his first action of note was to be the first booked after a late challenge on Archie Collins on 55 minutes as he looked to clear the ball.
Salford created the first decent chance of the second half as Darron Gibson’s in-swinging corner was headed over by Tom Clarke. Moments later City were in at the other end as MJ tried to feed Ryan Bowman but the pass was behind him, Archie Collins retained possession and passed to Jake Taylor but his shot was wide.
Lewis Ward was forced to make a save for the first time in the second half on 65 minutes as Thomas-Asante picked up a second ball and drove at the City defence before shooting low towards the bottom corner, but Ward got down well and got a strong hand to the ball.
Salford got themselves level on 69 minutes as Ash Hunter fired a volley into the turf which looped up over Lewis Ward and high into the net.
City would look to get on the front foot and drove forward through Joel Randall, who found Matt Jay but his effort on the edge of the box was blocked and picked up by Hladky in the Salford goal.
Quick thinking from Josh Key on 75 minutes saw him take a quick throw which found Matt Jay, he spread the play out to Joel Randall who shot just over the bar from the angle.
Salford were racking up the pressure as the game entered the final ten with Touray swining in a dangerous cross which Thomas-Asante headed towards goal but Lewis Ward saved well.
City had become camped in their own half and from a corner on 83 minutes Salford almost took the lead but Lewis Ward made a fine save to smother the danger.
In the first minute of extra time City almost stole all three points as Josh Key sent an effort towards goal that Hladky managed to just divert away, Will Dean sent the ball back in but it was delt with by the Salford defence and the match finished in a 2-2 draw.
The Grecians are back in EFL Sky Bet League Two action next Saturday as they face Port Vale in a 3pm kick-off at St James Park.
Exeter City: Ward; Key, McArdle, Dean, Page; Taylor (Sweeney, 83) © Collins, Atangana, Randall; Jay (Law, 82) Bowman
Subs not used: Maxted, Sparkes, Parkes, Fisher, Ajose,
Booked:
Salford City: Hladky, Touray, Lowe, Eastham © Clarke, Armstrong (Elliott, 45) Gibson, Hunter, Andrade (Thomas-Asante 63) Threlkeld (Towell, 63), Henderson
Subs not used: Evans, Turnbull, Towell, Wilson, Golden,
Booked: Elliott 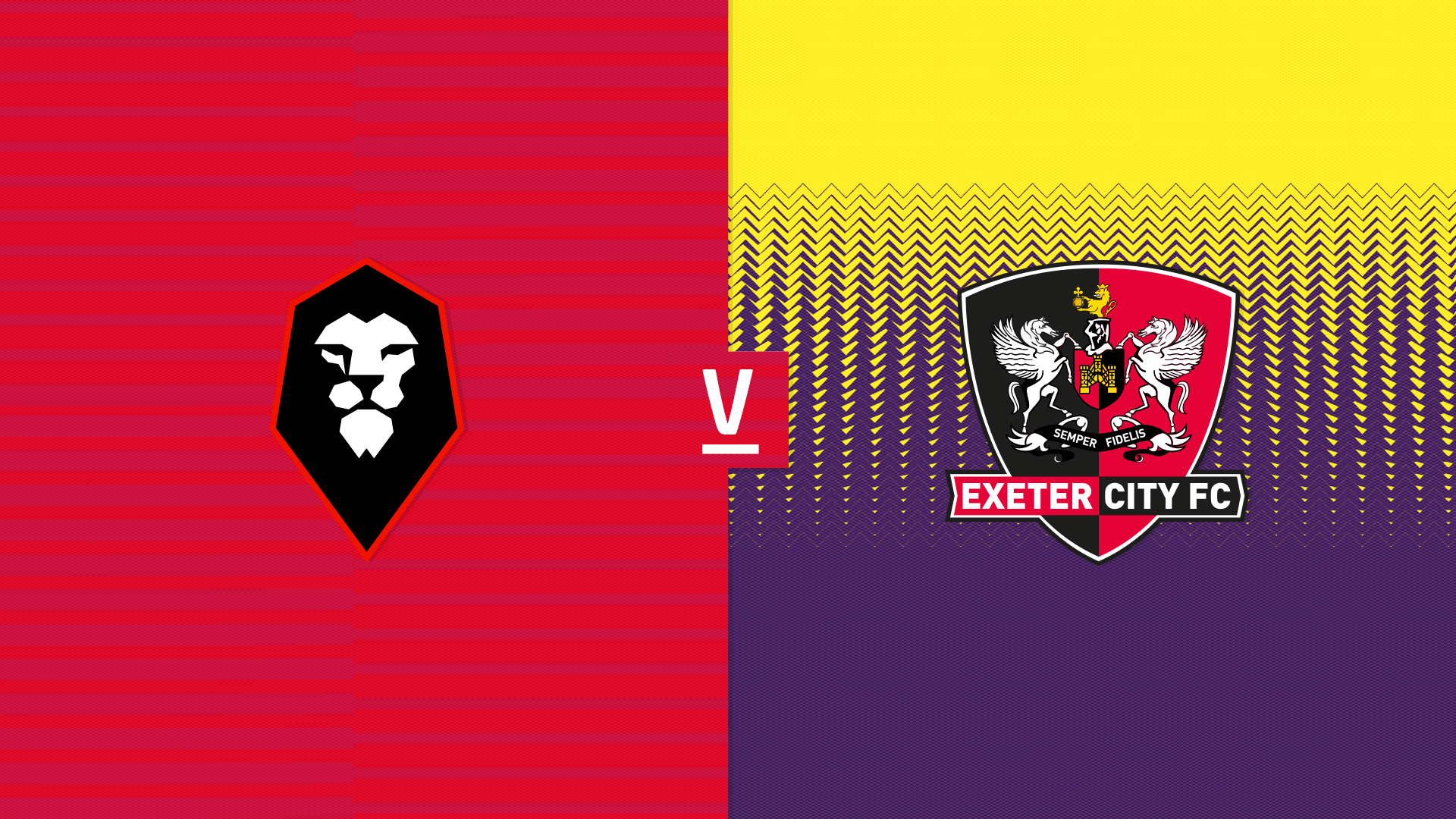 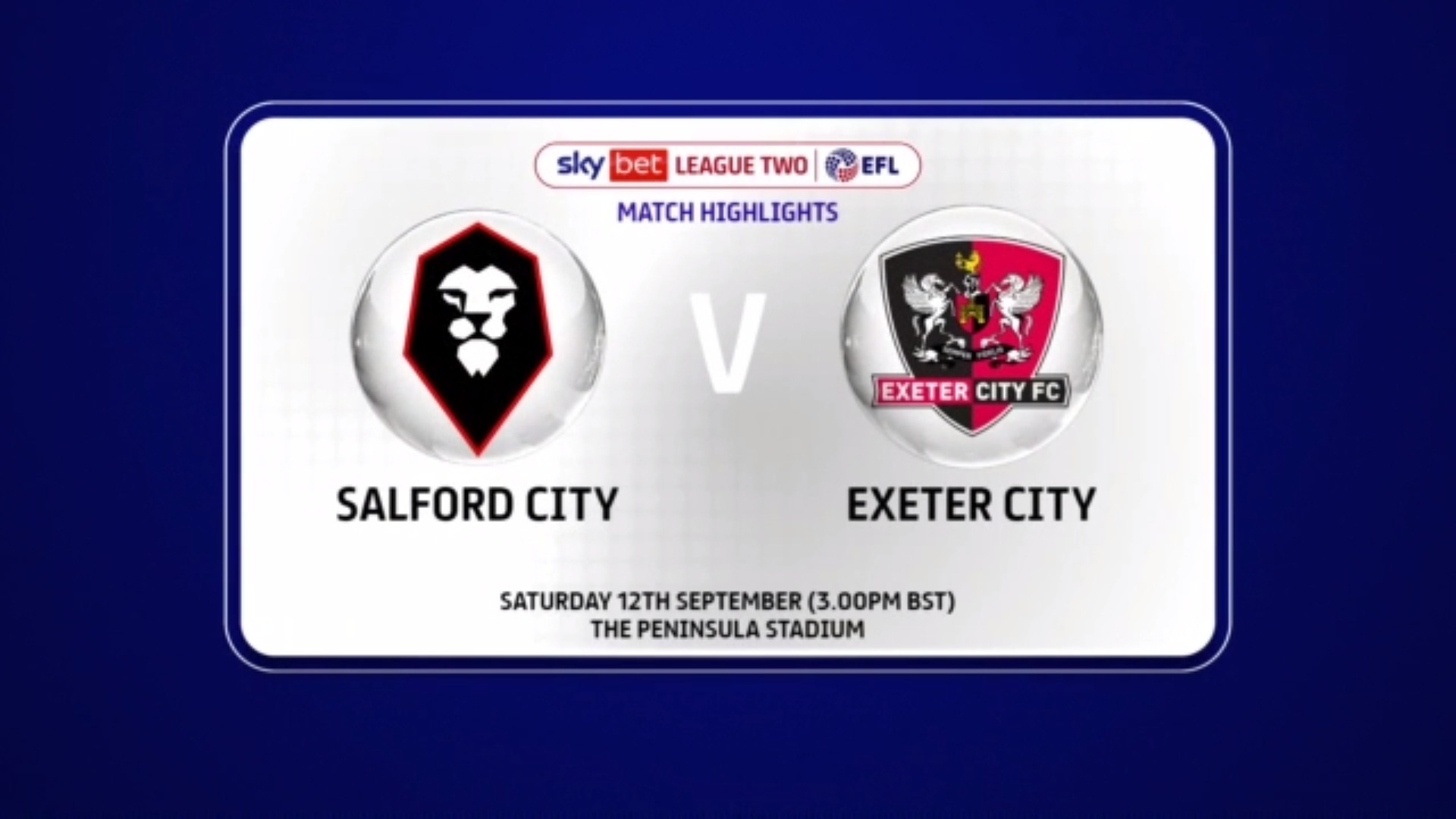 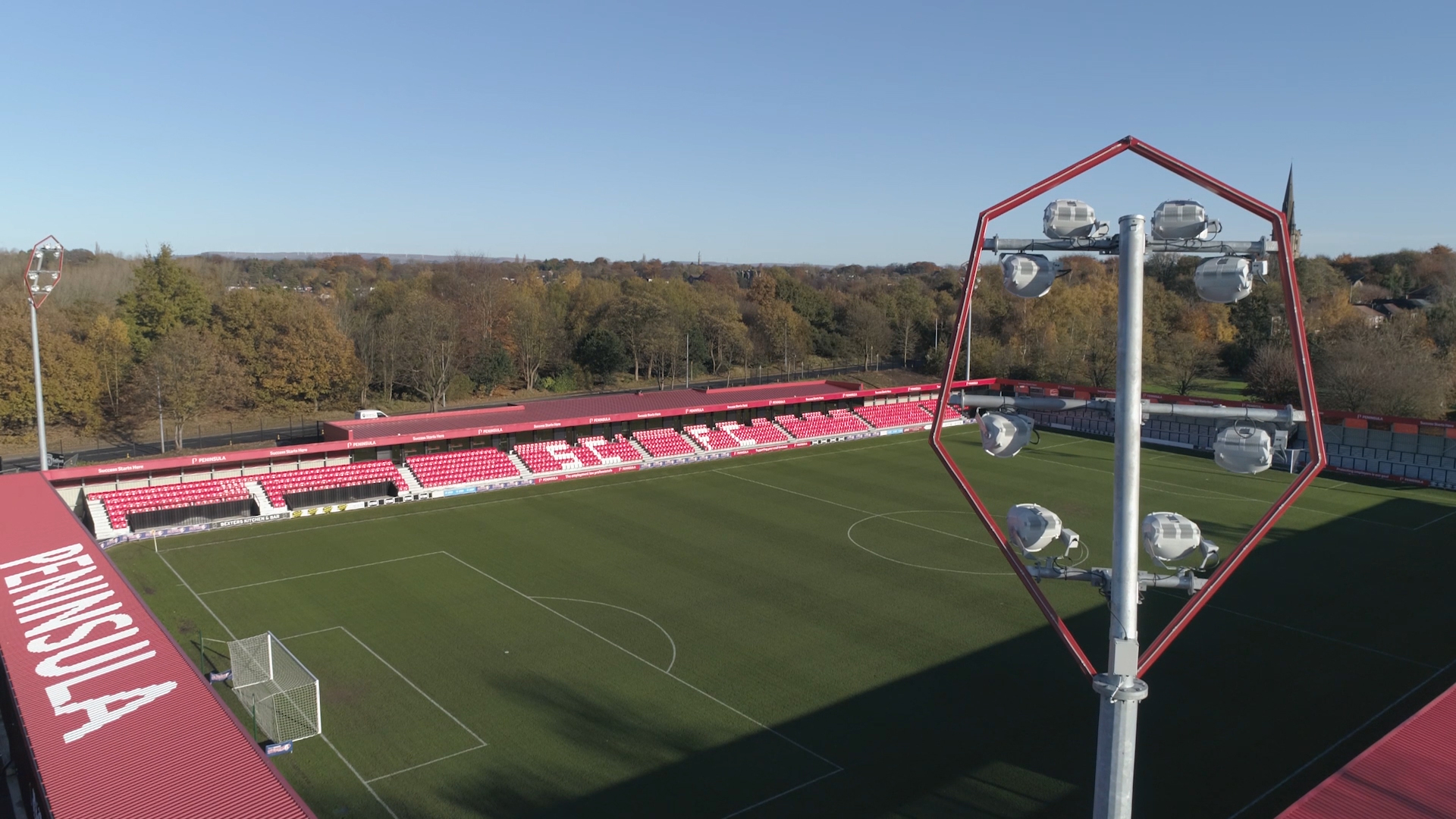