Exeter City recorded a comfortable victory at the hands of Colchester United.

Goals from Jack Sparkes and Oz Zanzala proved the difference in front of a packed St James Park.

Sparkes guided home in the first half after being put through by the ever-impressive Jevani Brown.

Oz doubled the scoring in the second period capping off an excellent team move, much to the joy of the 7,500 fans inside SJP.

Cam Dawson had little to do, but kept his third clean sheet in a row to bolster City’s defensive record.

On a sunny and splendid day, with SJP rocking from end-to-end Matt Taylor saw no reason to make changes to his side which beat Carlisle last week.

City had the first sighter after seven minutes. Jevani Brown wriggled away and delivered a ball into the six-yard box. Oz Zanzala couldn’t get over the header and it was a a simple claim for Shamal George in the Colchester goal.

With little goalmouth action in the opening fifteen minutes, City were finding pockets of space without troubling the United goal. Jevani almost fortuitously put City ahead after a nervy header back from Tommy Smith, though the ball whistled wide.

The Grecians found a new gear. Brown again flashing a ball across the box for his strike partner Zanzala, though the Number 18 couldn’t divert on target.

Exeter looked to capitalise on the joy they were finding down the right. Pierce Sweeney was the latest to send it a whipped cross for Josh Key who flicked a header over the bar.

Jack Sparkes had his first shot on target on 26 minutes. Another ball from the right was briefly headed to the edge of the box. Sparkes caught it on the up with his right-foot and George had the simple task of clutching the ball.

Sparkes wouldn’t have to wait long for his second chance, and it meant the lead for City.

Just after the half hour mark Jevani Brown turned in midfield. Sparkes made a darting run on the left-hand side and Brown picked him out. One touch to take it out of his feet, Sparkes calmly rolled it into the far corner, cueing a wall of jubilant noise around St James Park.

City we desperately close to doubling the advantage five minutes before the break. Tenacious ball-winning high up in the Colchester half from allowed the ball to slide in for Archie Collins on the edge. The midfielder unleashed a left-foot drive which smashed the post.

The first half came to a close with City dominant, though with a slender lead.

Tim Dieng almost lit up the second half with a glorious effort. Tim brought a high ball down in sumptuous fashion and struck a left-foot half volley into the side netting via a deflection.

From the resulting corner Sam Stubbs connected, but only with his shoulder, and the ball flew wide.

As the clock struck the hour, City won a free kick in a dangerous position. Archie Collins flicked the ball into the middle and Dieng forced an acrobatic save out of Shamal George.

Excellent work from Josh Key down the right allowed him to retain the ball and find Archie Collins inside. Archie’s deft chip to the back post was met by Jay, whose first time hook back was headed in by Oz Zanzala with the goal at his mercy. Beautiful football all round from the Grecians, who took a deserved two-goal lead.

The Reds then went on a shooting spree with three chances in a fifteen second spell.

A misplaced pass from the Col U defence let MJ have a drive at goal. George’s save fell to Jevani. Another save, before City work it wide and Sweeney’s teasing ball was forced wide for a corner.

Colchester thought they had a lifeline when substitute John Akinde bundled home. Referee Will Finnie though, judged the striker to have handled.

Matt Taylor turned to the bench with Podge Amond entering the fray. The Irishman almost found his second goal is as many games, directing a Jev Brown cross goalward, denied by a top stop by the United keeper.

City finished in complete control and swiftly turn their heads to an Easter Monday clash with Tranmere Rovers.

Good Friday's clash at SJP is now SOLD OUT!

The final tickets in the away end sold out at 10pm on Thursday, thank you for your support!

This match is ALL-TICKET meaning there will be no sale of tickets on the day and you will not gain entry to St James Park without a valid match ticket.

With our largest attendance of the season set to attend, we ask all supporters to arrive early to ensure smooth entry to the stadium. We also encourage spectators not to bring any bags where possible, to avoid any unncessary delays.

We'd like to thank Colchester United for their support and understanding with this logistical matter.

We look forward to welcoming you to St James Park and we thank you for your incredible support. 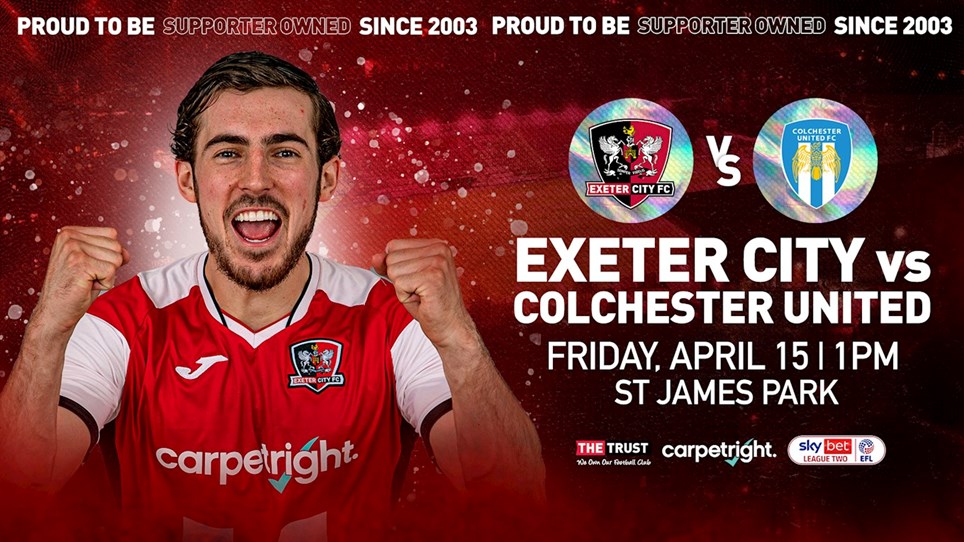 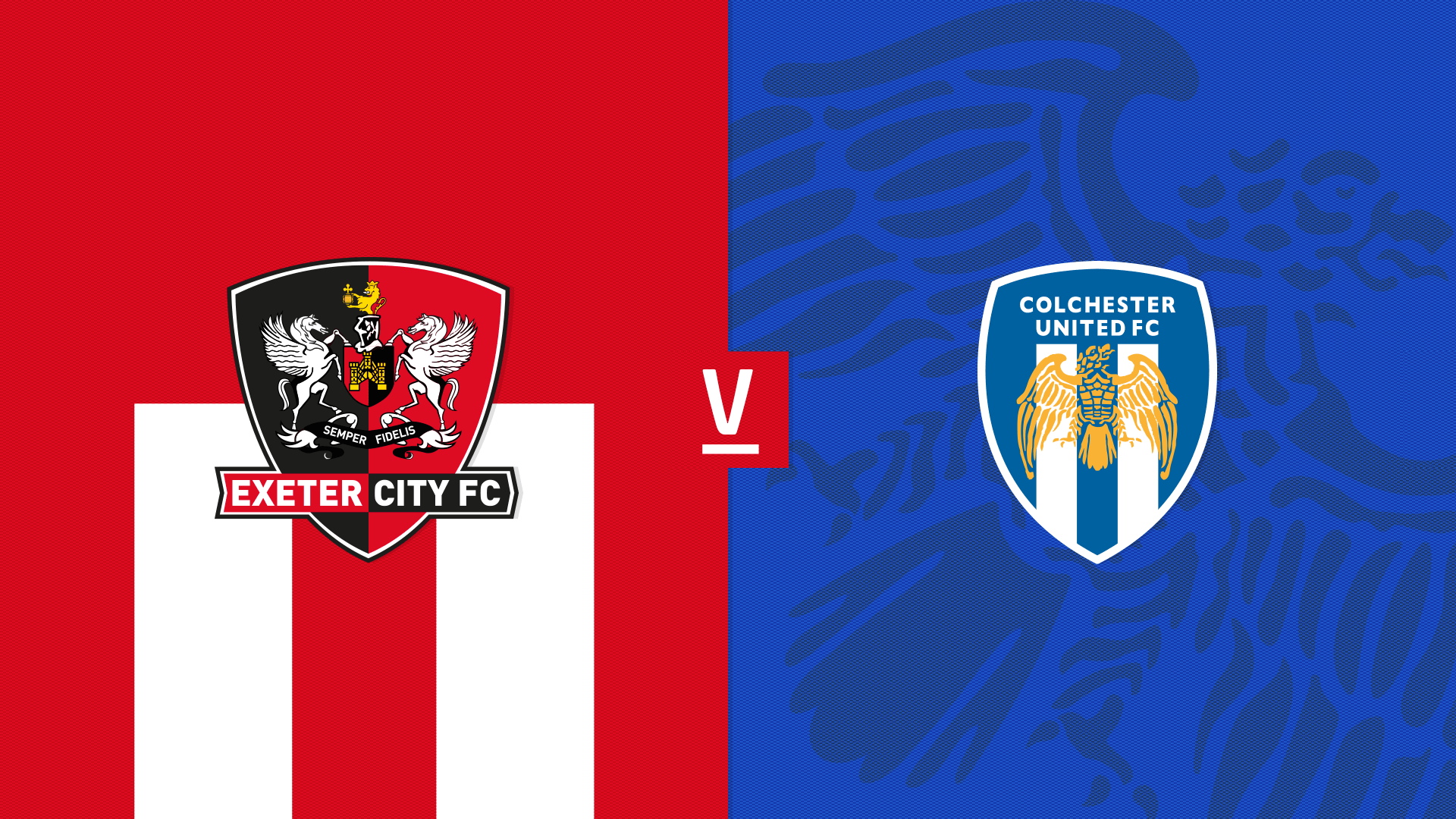 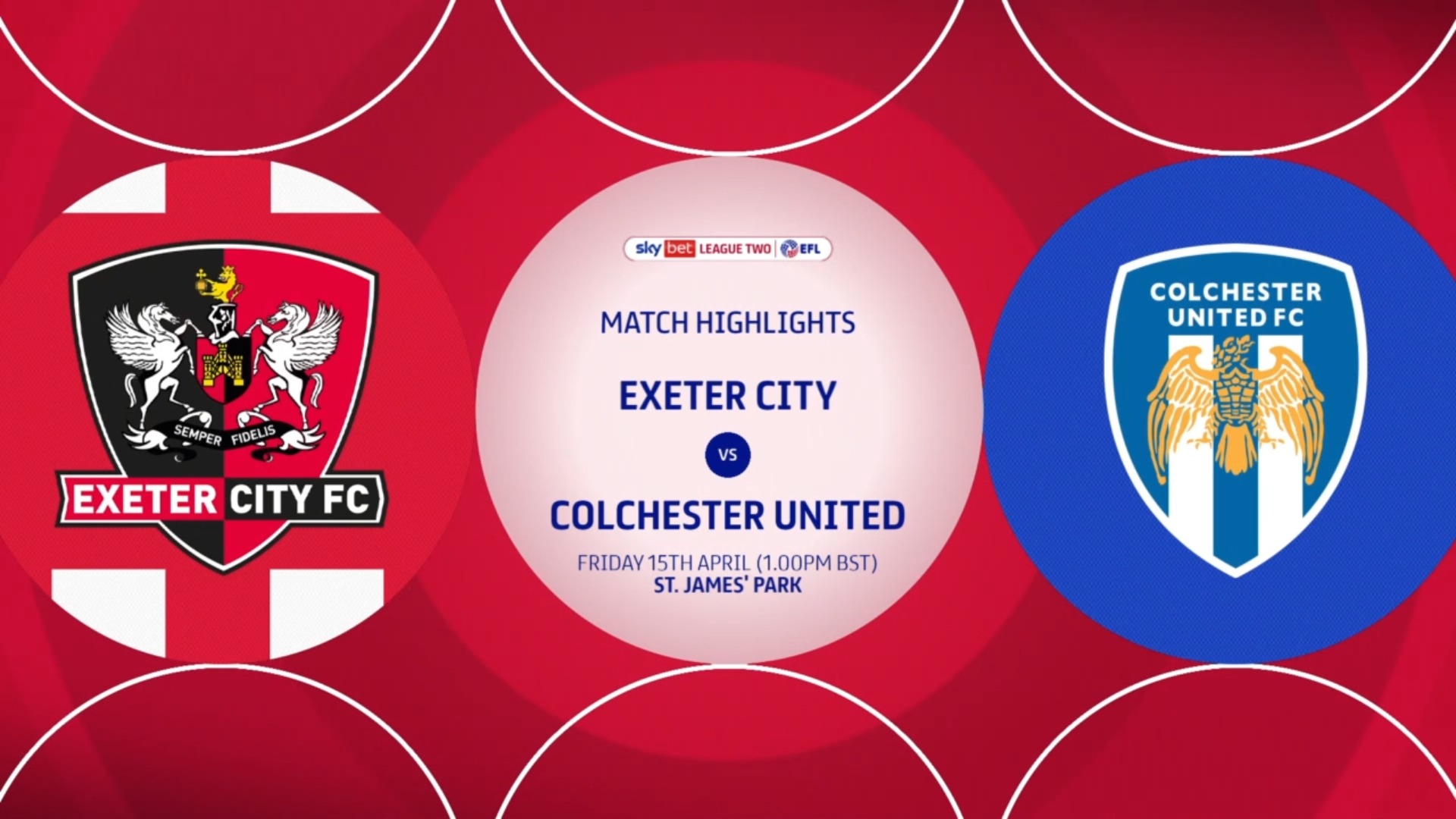 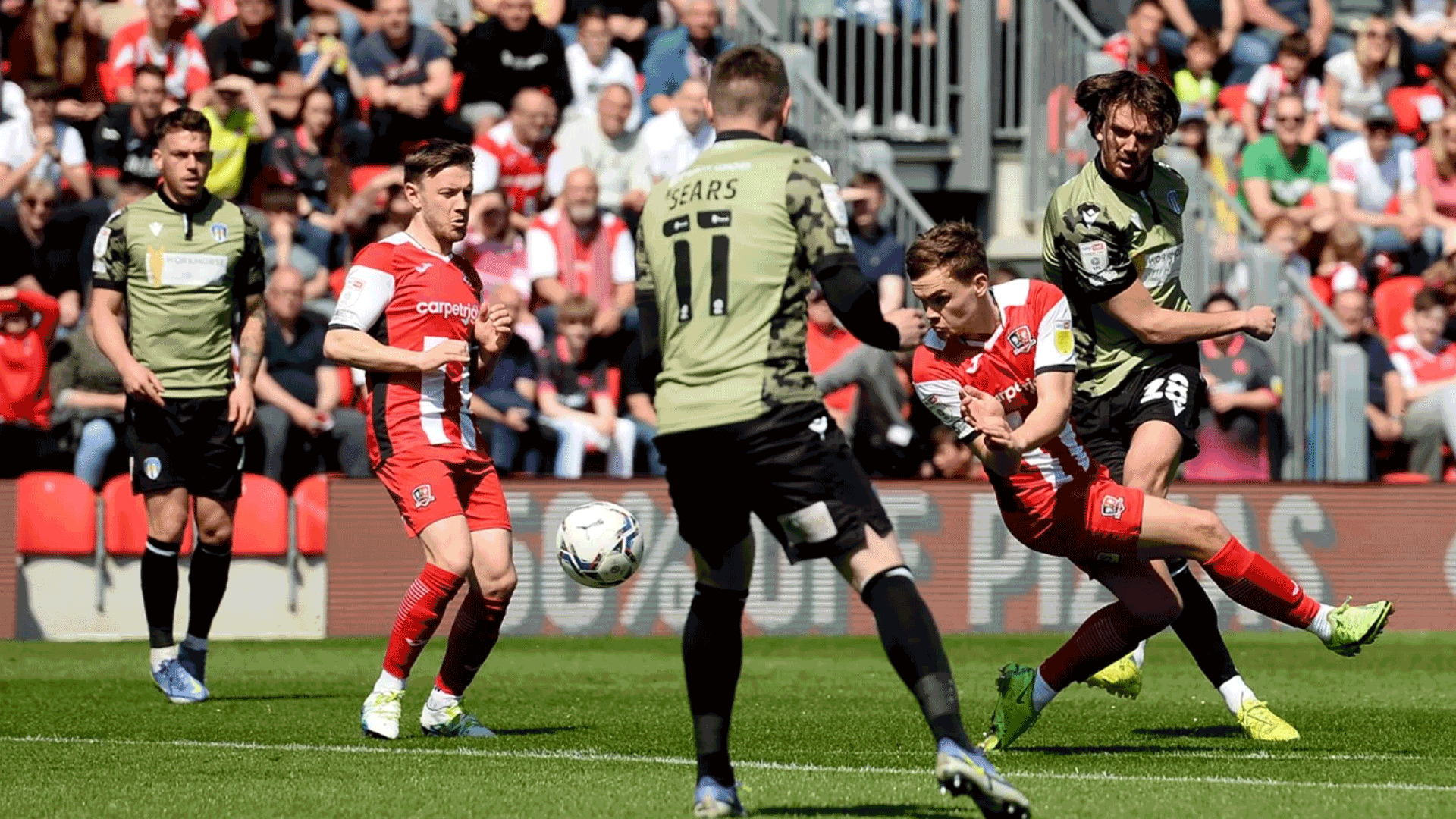