Exeter City begin their Papa John's Trophy campaign on Tuesday evening when we welcome Chelsea's under 21-side to St James Park.

It is the first of three group stage games in the competition, with matches against Bristol Rovers and Cheltenham Town also to take place later in the season.

It is expected that Matt Taylor will name a much changed side to the line up that beat Rovers 4-1 in the league on Saturday, with plenty of academy graduates likely to be on show for the visit of the young Londoners.

Chelsea's youngsters are managed by Andy Myers, who played for the senior side for eight years and also featured for Bradford City in the 90s before later moves to Colchester United and Brentford.

While it is not quite known how Chelsea will line up, their squad is likely to be filled with future stars. In this same fixture in 2017/18's competition, Mason Mount, Callum Hudson-Odoi, Reece James and Trevoh Chalobah all featured in their 3-1 win.

City defender Jordan Dyer is looking forward to the match. It is a competition Dyer knows well and he has stressed the importance that the Papa John's Trophy has on the progression of young players.

"It is a valuable competition for us and it gives us an opportunity to prove ourselves to the manager, but it's also the chance to get to a cup final.

"It is a competition we want to win, but it's all about the experience that comes with it. It's such a good building block to bridging the gap between academy and first team football."

Chelsea's under-23's drew 1-1 with Manchester United at Stamford Bridge, but had Josh Brooking sent off. Harvey James Vale put them ahead from the spot after 73 minutes, but they were pegged back by Alvaro Fernandez Carreras with three minutes to go.

The IP Office Main Stand will be open for the match, with the option of the Big Bank should ticket sales dictate the need to open the stand.

Ticket prices have been slashed for the match, with under-12s able to attend for just £1

Papa John’s are giving away 50 FREE tickets to the matcn, but be quick as they are on a first come first serve basis!

All you have to do is visit https://newtickets.ecfc.co.uk/whats-on and select two match tickets for Tuesday night's match. Then at checkout use code PAPAJOHNS241 and you will get a second one FREE, on them!

You can get up to two free tickets per order!

Tuesday's match is LIVE to watch on iFollow in the UK with a match pass for just £10.

Commentary will be provided in house by Jed Penberthy and Jon Beer.

The Junior Grecians Zone will be open from 5.45pm for all the usual pre-match activities. The kiosk will also be open, selling our delicious selection of Chunk of Devon pies and pasties, soft drinks and snacks.

Reuben Reid opened the scoring for the Grecians but Chelsea fought back through goal from Callum Hudson-Odoi, Reece James and Josh Grant.

On a beautiful, sunny, late summer evening, boss Matt Taylor made nine changes from the side that blew Bristol Rovers away three days hence. Exeter sought a gameday one win against Andy Myer’s young Blues; James Dodd and Alfie Pond both came into the side, along with new signing Owaru Edwards-Owaru.

Exeter carried early attacking intent, with Sam Nombe troubling Bashir Humphreys on the right side, and forcing some good defending from Sam McClelland shortly after, as the Grecians pressed hard in the opening minute.

Owaru-Edwards looked busy on his first start for the Reds, as Taylor’s young men began to stretch the Blues.

A useful-looking ball up to Nombe saw the striker beat the defenders for pace, and he might have been but for the onrushing Teddy Sharman-Lowe, who did well to nullify the danger.

Chelsea then began to apply some pressure, with Dione Rankine forcing a nice save from Harry lee, before George Nunn went for a spectacular volley, which was well blocked by Josh key, with Jonathan Grounds and Callum Rowe also making strong and effective challenges.

Chelsea’s Harvey Vale perpetually dropped deep to retrieve possession and get involved, as the fans at St James’ Park were treated to a competitive opening 15 minutes.

Vale was then almost played in by Bryan Fiabema, but the forward found himself on a tight angle, and blazed over the bar.

With an exceptional bit of skill and pace, Rankine beat Callum Rowe down the right side before flashing a cross-shot wide of Harry Lee’s goal, with Chelsea beginning to apply the blowtorch to the Exeter backline.

Dodd’s ball through the middle was nicely cut out by Rankine, who was very busy up and down the pitch over the course of the first 25 minutes, and Humphreys had his hands full with the busy Ben Seymour.

A dangerous ball into the box for Soonsup-Bell was brilliantly blocked by Dyer, resulting in an entertaining game of ping ball in the City box, before City charged down the other end and almost saw the fruits of some good line-up play between Seymour and Nombe. They were denied by a robust Chelsea defence however.

Owaru-Edwards showed more commendable attitude, refusing to give up on numerous seemingly-dead balls, impressing on his full debut.

Exeter then had a penalty shout waved away by referee Robert Lewis, after Nombe was went down as a result of a tussle with Mbuyamba just inside the box.

Rowe’s delicious ball into the area was met by the head of Nombe, whose header across was well collected by Sharman-Lowe under pressure from Seymour.

A dangerous-looking ball in towards Fiabema was just beyond him, allowing Rowe to get his foot in, with Dyer eventually completing the clearing job.

Lee was then tested by a teasing cross from Rankine, before Fiabema was seemingly played in behind, but he wasted the opportunity by shanking a rushed shot well off target.

Fiabema, though, would have his moment. Another ball in behind was nicely taken in by the forward, who made no mistake in slotting the ball underneath Harry Lee and into the net, in a cruel late first half goal for City to concede.

Exeter were troubled by the scorer early doors in the second half, with Harry Lee having to react and run from his goal line to thwart him, as Chelsea began the second half as they ended the first.

Rankine continued to provide a challenge for Callum Rowe on Chelsea’s right, as Exeter tried to unsettle the Blues with some balls up towards Nombe.

Some lovely interchange between Humphreys and Vale earned them a corner off Jordan Dyer, and following a further header behind by the centre-half, Chelsea themselves had a faint penalty appeal turned down, as Soonsup-Bell played the ball against Rowe’s midriff.

Exeter were forced into some more important defending, as Jonathan Grounds did well to head away George McEachran’s free kick.

It took 11 second half minutes for City to venture forward, but they almost found the net when they did. Josh Key’s delightful run ended in a superb block by McEachran, before Rowe’s effort went the wrong side of Sharman-Lowe’s near post.

Rankine’s jinking run, similar to Key’s, took him into the penalty area, but he saw his effort roll narrowly wide.

Seymour then made a nice run to the by-line, before his pull-back was caught by Sharman-Lowe, before Nombe tried to muscle his way past Mbuyamba, who held the striker off.

Soonsup-Bell found himself in a pocket of space a couple of minutes later, but his effort sailed over the bar, right before Owaru-Edwards’ ball was carefully watched and fielded by Sharman-lowe.

The midfielder soon had another chance following a quickly taken free kick by George Nunn, but this time his volley trickled off target.

It was Rankine’s turn to pressure the defence, cutting inside after beating the offside trap, and forcing an acrobatic save from Harry Lee, before later having a shot charged down by Grounds.

Alfie Pond picked up what would prove game-ending cramp, leading Taylor to bring on Matt Jay to try and salvage a result at the Park. Jay was involved four minutes later, playing a teasing ball in that evaded the first man but was very well collected by the brilliant Sharman-Lowe.

Exeter were then awarded a penalty after Sam McClelland’s clumsy foul on Ben Seymour, and super-sub Matt Jay made absolutely no mistake from the spot, firing down the middle, taking the game to the excitement of a penalty shootout.

Having shared the spoils in the 90 minutes, the subsequent penalty shootout saw Chelsea win 4-3, taking the extra point for the shootout win.

Exeter will next play Cheltenham in the EFL Trophy, and they travel to Harrogate at the weekend for the fifth league game of the season.

Tickets are on sale for City's Papa John's Trophy clash with Chelsea under-21s on Tuesday, August 24 in a 7pm kick-off.

The IP Office Main Stand will be open for the match, with the option of the Big Bank should ticket sales dictate the need to open the stand.

Ticket prices have been slashed for the match, with under-12s able to attend for just £1 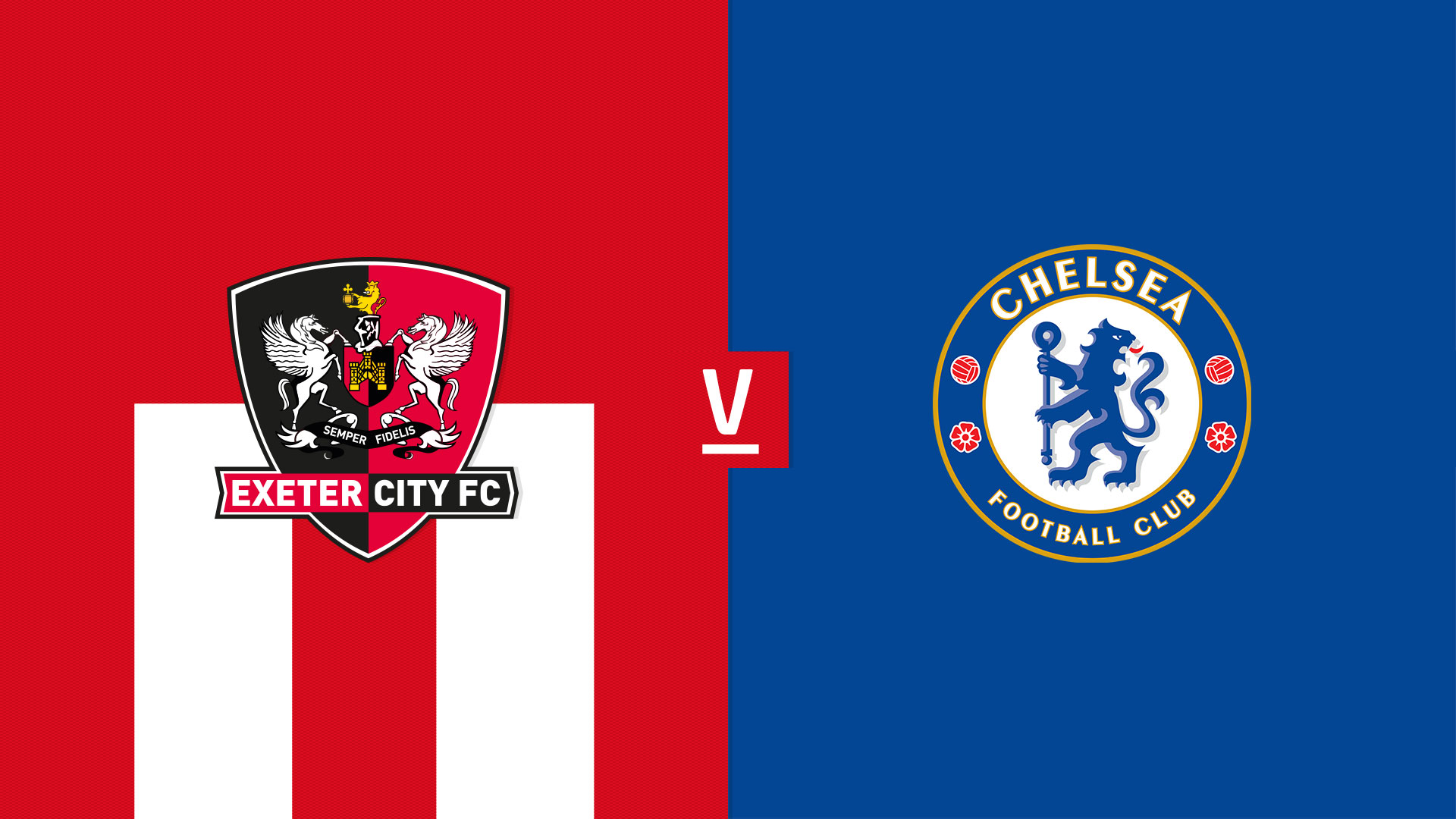 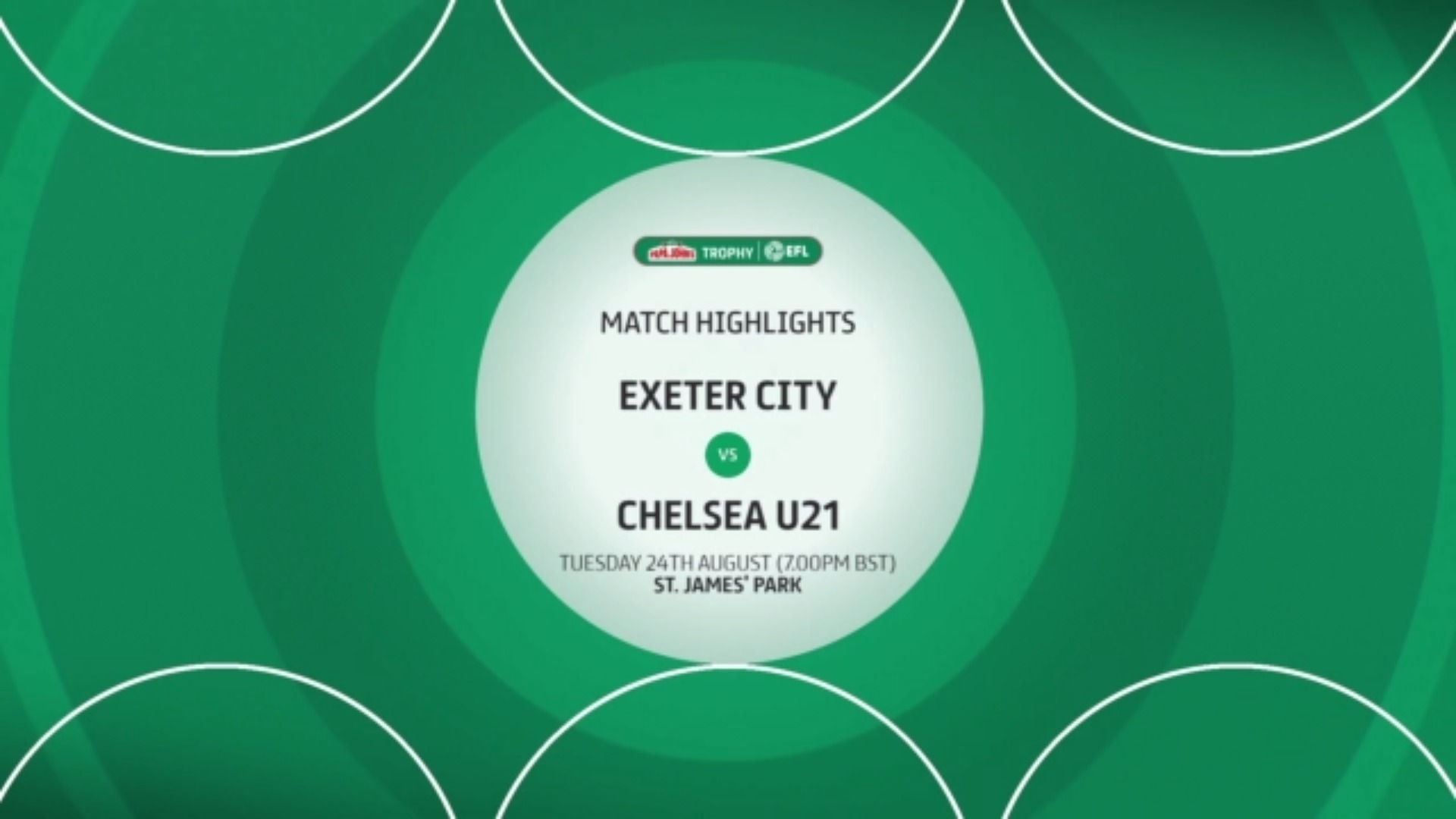 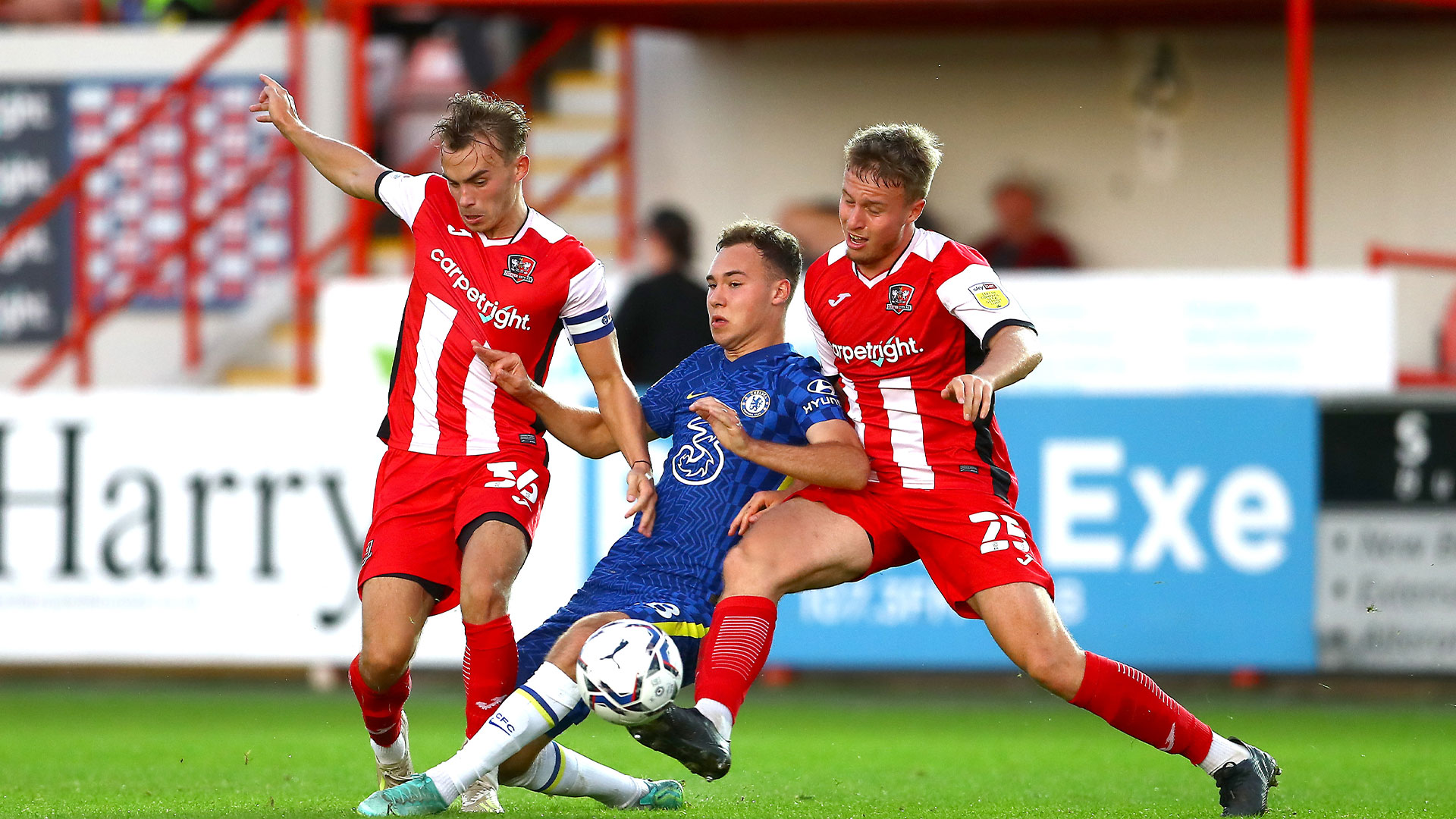