Exeter City return to action on Tuesday night with a tough trip to Gloucestershire to take on table-topping Forest Green Rovers at the New Lawn.

The Grecians go into the game winless in the last four in all competitions but can seek encouragement boasting a strong record against the Green Devils. Conversely, Rob Edwards' Forest Green are eclipsing all expectations this term and will begin January 4 seven points clear at the top of League Two- this being their game in hand over second-placed Northampton Town.

Exeter can be heartened by a resolute performance against Sutton United, despite the 2-1 loss. The squad had been depleted by Covid-19 and injuries, but the return of Tim Dieng and the impressive debuts of Cheick Diabate and Sam Stubbs gives Matt Taylor's men a welcome boost ahead of Tuesday's 7:45pm kick-off.

The Grecians are unbeaten at the New Lawn in the Football League and will take pride knowing that Rovers' last victory over City was in 2018, but this week's fixture is evidentally the toughest test to date. Forest Green haven't lost in the league since October.

The manager was proud of his makeshift team on Saturday afternoon, but has called for "more quality" and "more shots on goal" on Tuesday evening.

"If you've got to rely on something to get anything out of the game, you should rely on the effort and the attitude and the intent of the group of players. It was spot on on Saturday and I think the fans sensed that."

Tim Dieng has said it's a "good sign" that players are willing to take responsibility as he previews Tuesday nights trip to Forest Green.

The City midfielder, who captained the side against Sutton on Saturday, said:

"It's a good sign that we have more than one captain in the side, and that shows we have more leaders on the pitch."

The match, originally scheduled for Wednesday 29 December was postponed due to Covid-19 and both clubs have worked with the EFL to find the earlies suitable date for the fixture.

All tickets previously purchased for this fixture remain valid for the rearranged date.

Grecian Travel, completely run by the Supporters' Club, and not for profit, is available for City's trip to Forest Green Rovers. 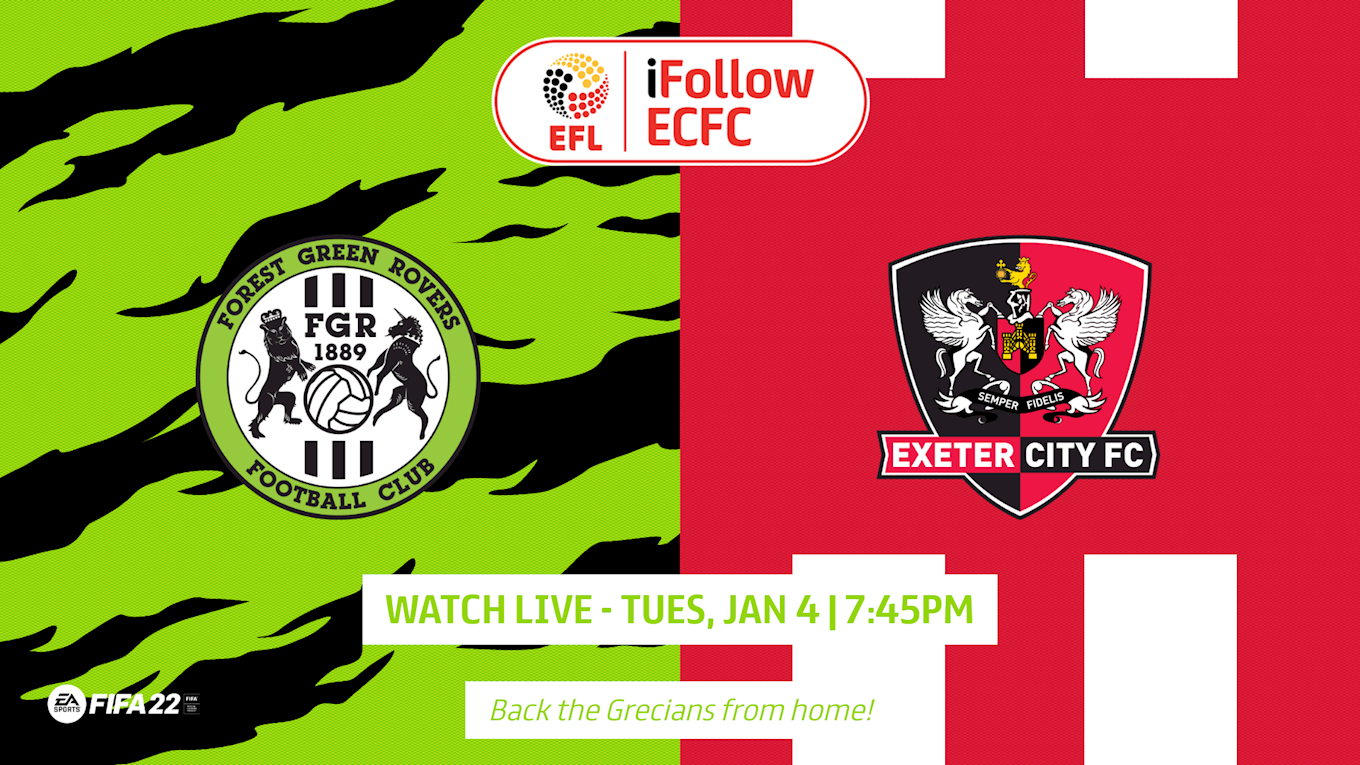 Unable to make it to the New Lawn on Tuesday night as City face league leaders Forest Green Rovers?

Why not get the next best thing with a LIVE stream on iFollow?

By purchasing a match pass at the cost of just £10 in the UK you'll get access to the video stream which includes BBC Radio Devon commentary, score overlay and replays.

City held out the league leaders to a goalless draw with Sam Nombe coming closest for the men in Red.

Exeter City gained a point on the road at the hands of top-of-the-league Forest Green Rovers on an entertaining evening at the Fully Charged New Lawn.

The Grecians were the better of the two sides for most of the 90- with Josh Key, Tim Dieng and Matt Jay coming closest to breaking the deadlock on a cold night in Gloucestershire.

The 833-strong away support were treated to a valiant performance which had everything but a winning goal. 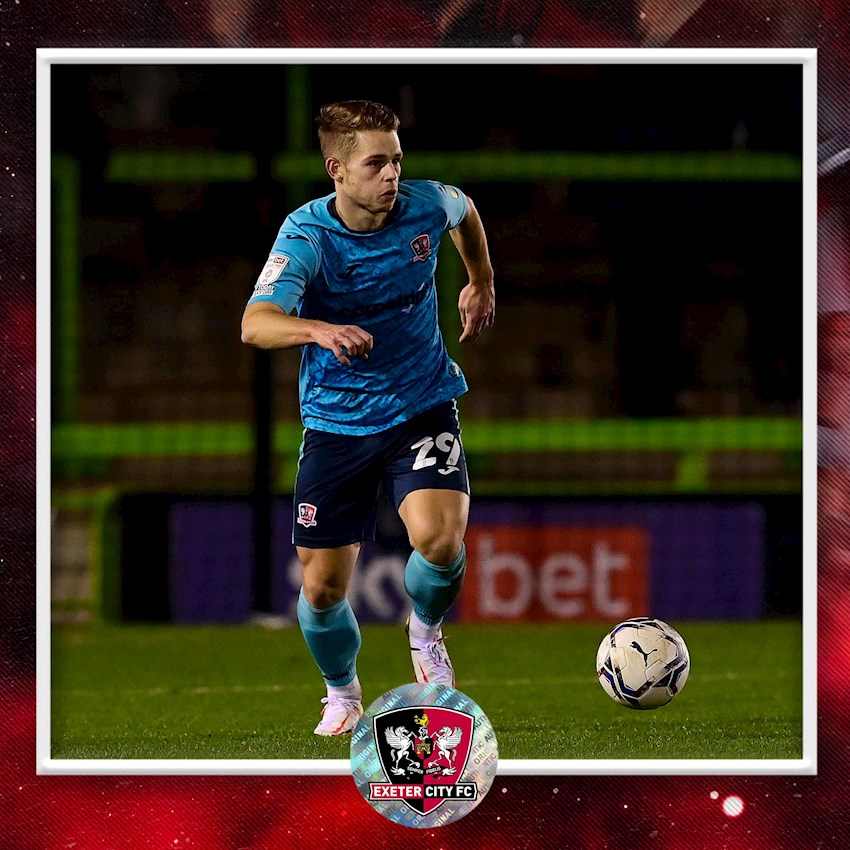 Matt Taylor made two changes to the side with Matt Jay and Jonathan Grounds returning to the side against the league leaders. Harry Kite started on the right of a back three.

City tested the firm Forest Green defence in the opening four minutes. Jevani Brown showed great wit to get to the by-line but his cut back was put out for the first corner of the evening.

The Grecians took it short and Brown delivered a cross from a better angle, narrowly going over the bar.

Josh Key had a great chance on nine minutes. Brown again creating a bit of magic to backheel it into the path of Matt Jay. The captain strode toward the edge of the box and his shot was deflected to Key lurking. One touch and shot but inches wide of Luke McGee’s post. 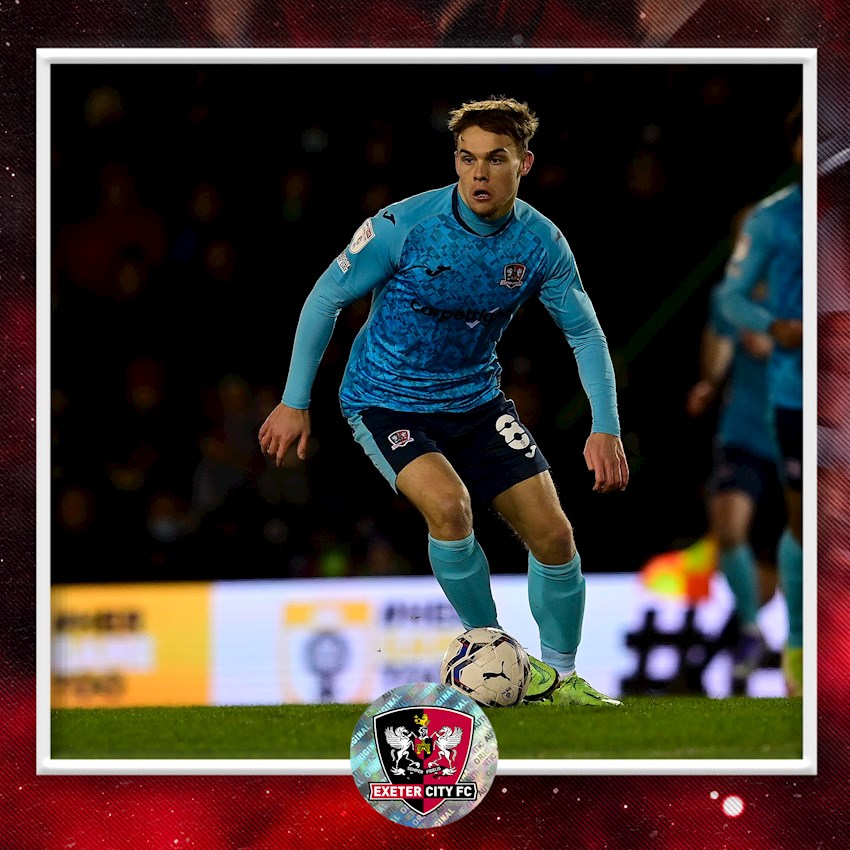 MJ went for goal moments later but dragged his left footed effort wayward as City were dominating with an aggressive press. Podge Amond was close to the receiving end of an Archie Collins cross as City on the quarter-hour mark.

Against the run of play the table toppers came closest to opening the scoring. Nicky Cadden retrieved a loose Kite header and flashed one across the box. Any contact from Jamille Matt at the far post and City would have been behind.

Jevani Brown next tested McGee’s concentration levels, letting fly from the edge of the box only into the keeper’s mid rift. 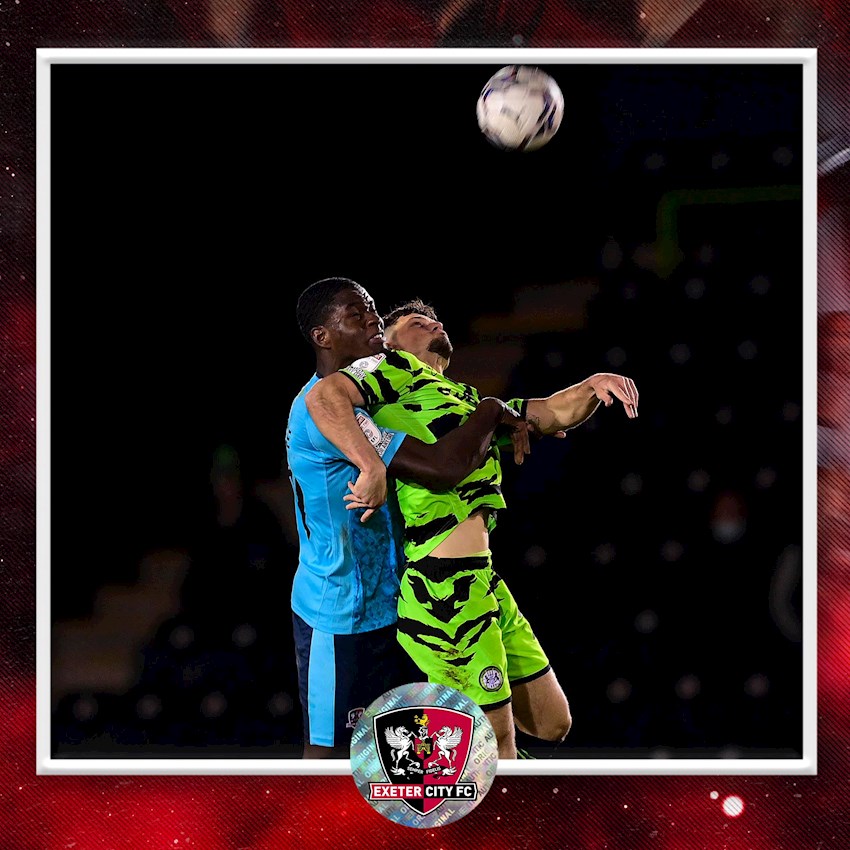 Matt got on the end of a high FGR free kick but only worried the advertising hoardings on the top of the stand.

Matt Jay found himself with a great chance to open the scoring on 26 minutes. Brown’s first ball was blocked by the referee but as Brown had another chance to play through the ref played on. Jev fed his skipper and Jay was denied by a smart stop from the Rovers goalie.

Cadden stung the hands of Cam Dawson on the half hour mark. Former Grecian Kane Wilson showed a nice piece of skill to find his teammate, but the right footed shot was pushed wide by Dawson.

Amond almost headed the visitors in front five minutes before the break. Jake Caprice kept a loose ball alive on the left flank and delivered into the box. The Irishman peeled away, leapt high and headed into McGee’s thankful arms.

Desperate to fins a first half goal, the blues pushed on. Amond span in behind the Rovers defence and pulled a dangerous ball across the box. Only for some miraculous defending from Dom Bernard were Exeter not ahead. 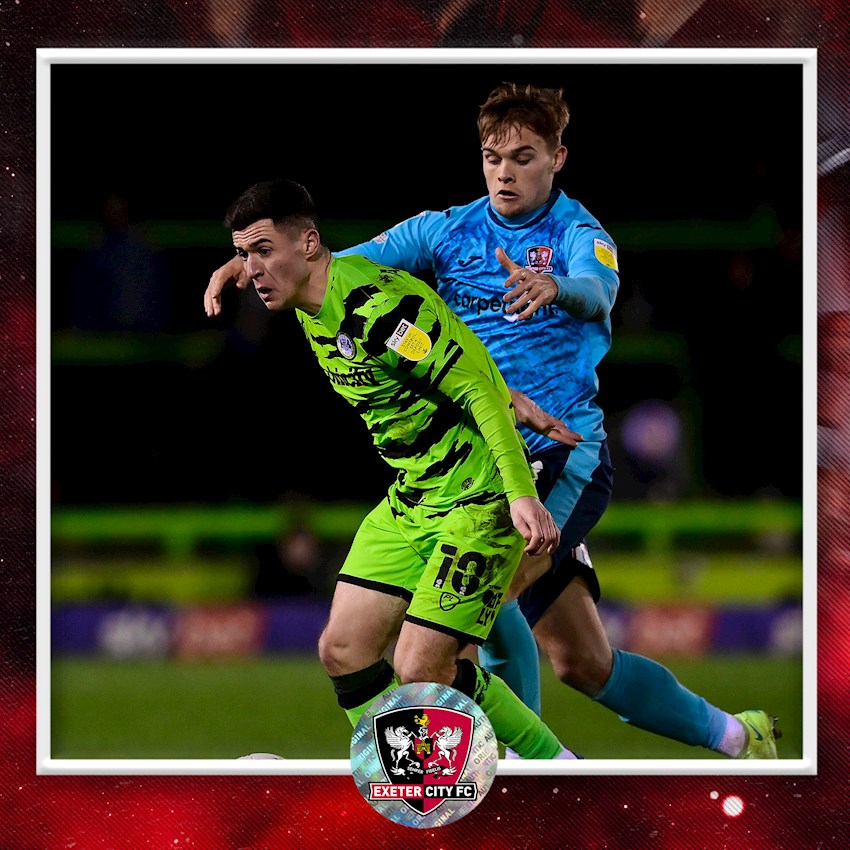 On the stroke of half time City couldn’t have come closer to breaking the deadlock. Another short corner worked its way to Josh Key. Key shimmed into half a yard of space and curled an effort mere millimetres the wrong side of the upright.

The home side went close from a free kick just after the break. Cadden whipping one right of Dawson’s post.

Archie Collins tested the FGR keepers gloves with a free-kick of his own. From an acute angle the number 8 sent one fizzing underneath the crossbar but McGee was alert to deal with the danger.

The short corners were providing everything but a goal for City. Tim Dieng the latest to skim the crossbar with a header.

On 66 minutes, Matt Jay again went for goal. Ben Seymour recycled the ball expertly in midfield and played his captain in wide. A chop on to the right foot and drive was on the mind of the City number 7, but the connection was not clean. 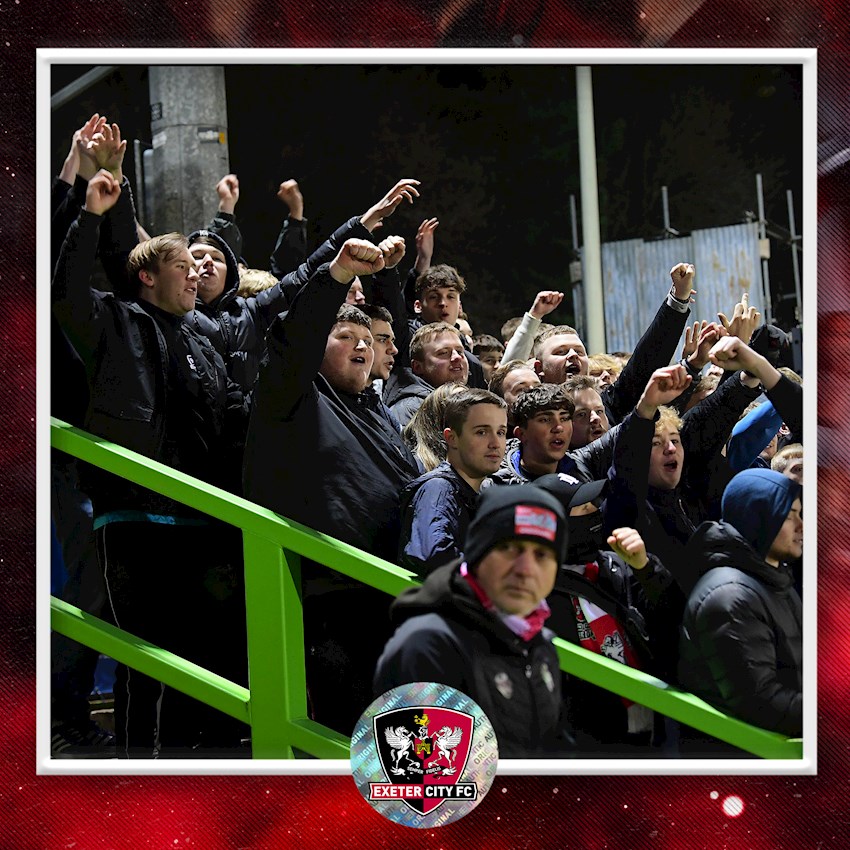 City needed a little bit of luck. Tim Dieng’s deflected effort from range could have gone anywhere on 70 minutes. Fortunately for Rovers it was the gloves of the goalie.

Exeter couldn’t get closer if they tried on 79 mins. Dieng yet again denied by the feet of the Rovers keeper. It squirmed, it spun, but it just would not nestle in.

City pushed and probed but alas no goal but a real performance to be proud of.

City return to action on Friday night with a Papa John's Trophy fixture with Portmouth at St James Park.

Tickets for Exeter City's away match against Forest Green Rovers are now on general sale.

Tickets will be available to purchase from your online account and via the club shop with a max of 2 per person during the priority window.

We have 1224 tickets but please note The West Terrace at Forest Green has Limited Seating(100), Small Covered Standing(180) and a Larger Open Standing Terrace.

Tickets will be available to collect from our Club Shop between 10am and 4pm Monday to Friday. Please note all collections must be made by 4pm on Boxing Day at our match vs Swindon all remaining collections will be sent direct to Forest Green Rovers.

Grecian Travel, completely run by the Supporters' Club, and not for profit, is available for City's trip to Forest Green Rovers. 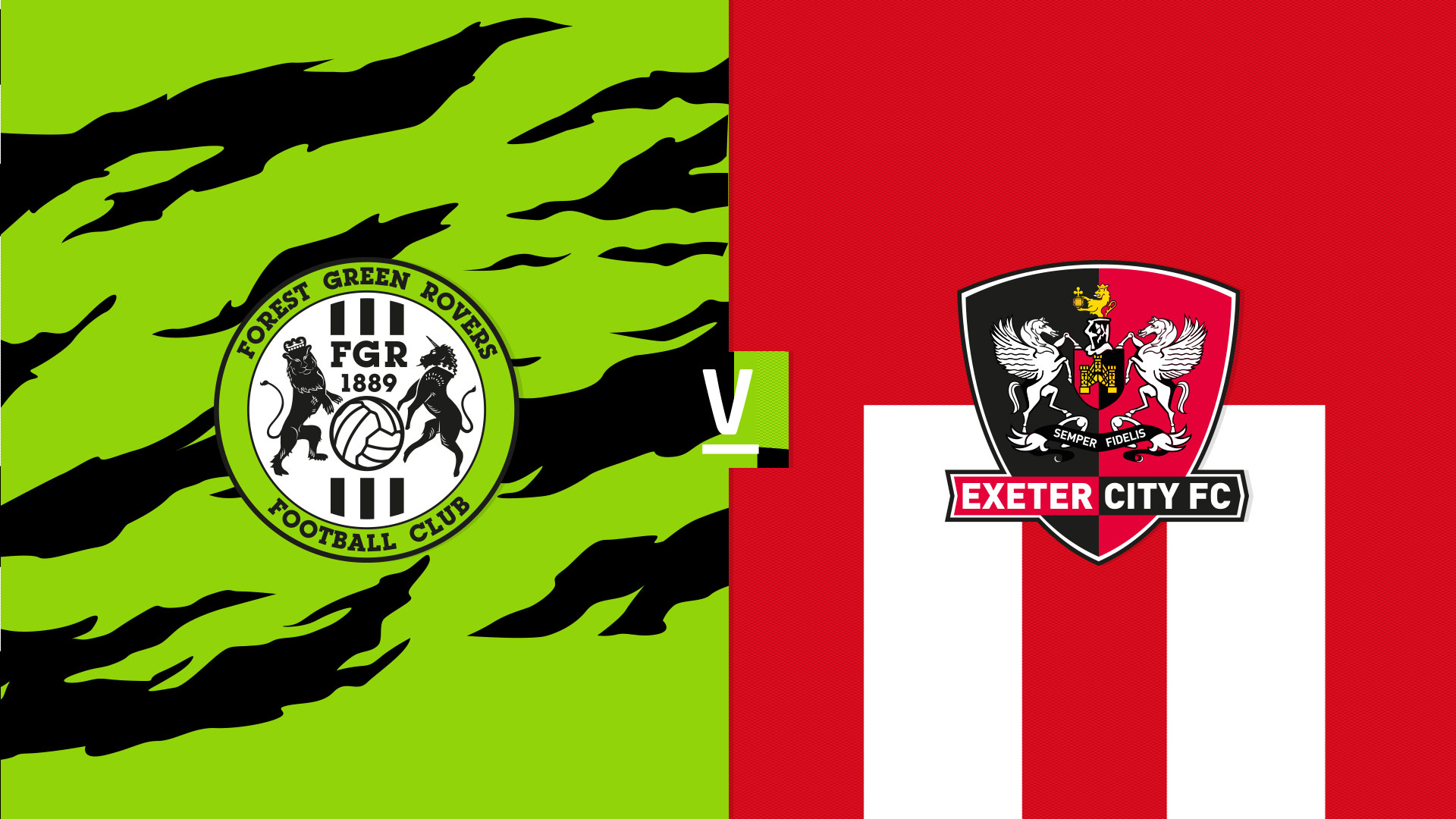 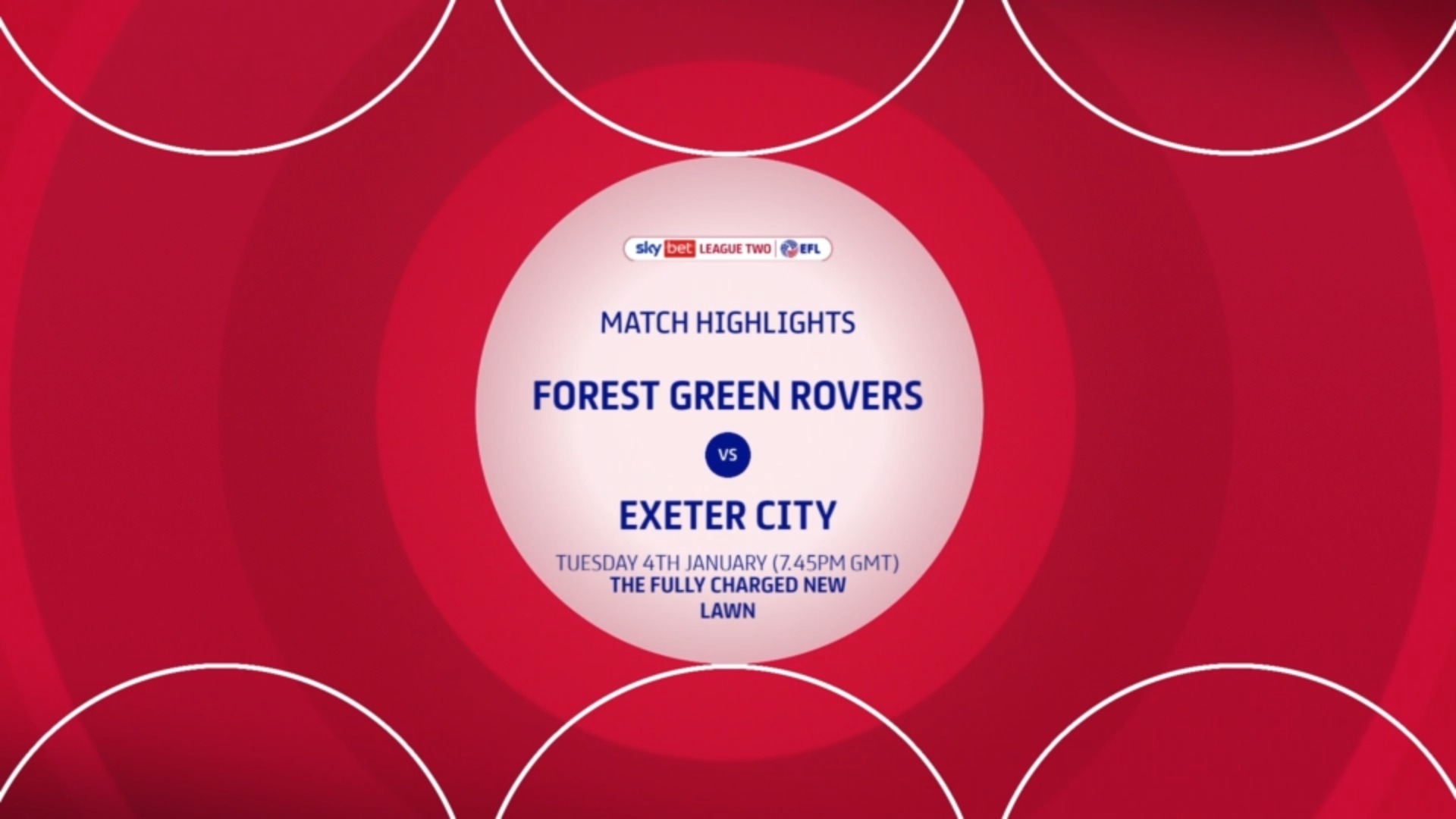 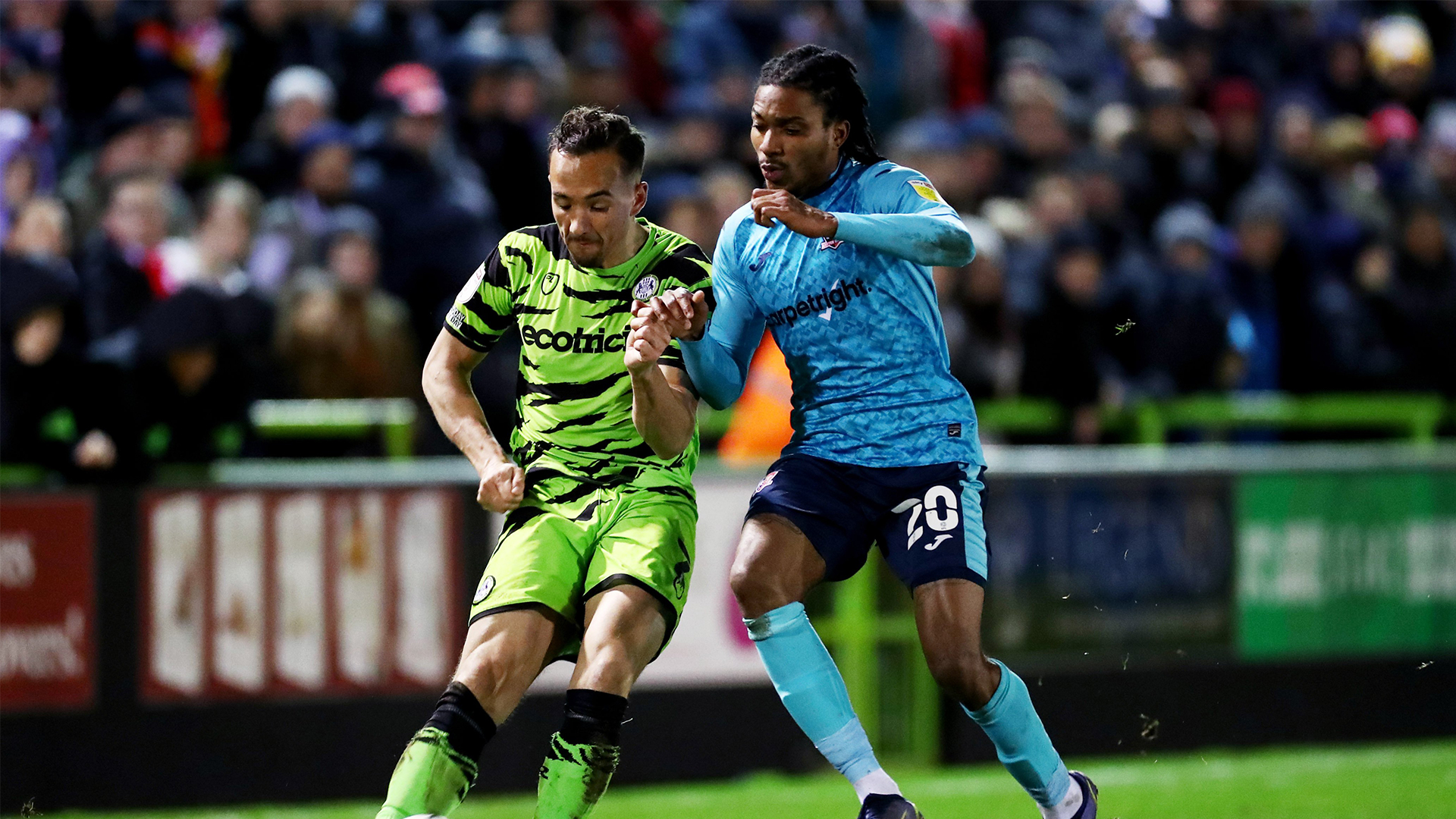