Exeter City have the opportunity to make it five league wins on the bounce when we host Carlisle United at St James Park this Saturday.

With this being the Grecians' fourth home match in ten days, Matt Taylor's side will be hoping for more home comforts with the visit of the Cumbrians, who will make the 700 mile round trip.

City's last league fixture saw them overcome Oldham Athletic 2-1 thanks to goals from Matt Jay and Jevani Brown, while Carlisle were held to a goalless draw by Barrow in the Cumbria derby.

"Carlisle have had a difficult time of it, but they're picking up under the new manager," Matt said.

"They're unbeaten in their last three games and have kept clean sheets in all of them, so they will be coming to us confident and with more structure.

"He's clearly doing a good job with his players, and they'll be more rested than we are because they have had a fresh week's training.

"We had to freshen the team up on Tuesday and we will be doing the same again on the back of our schedule." 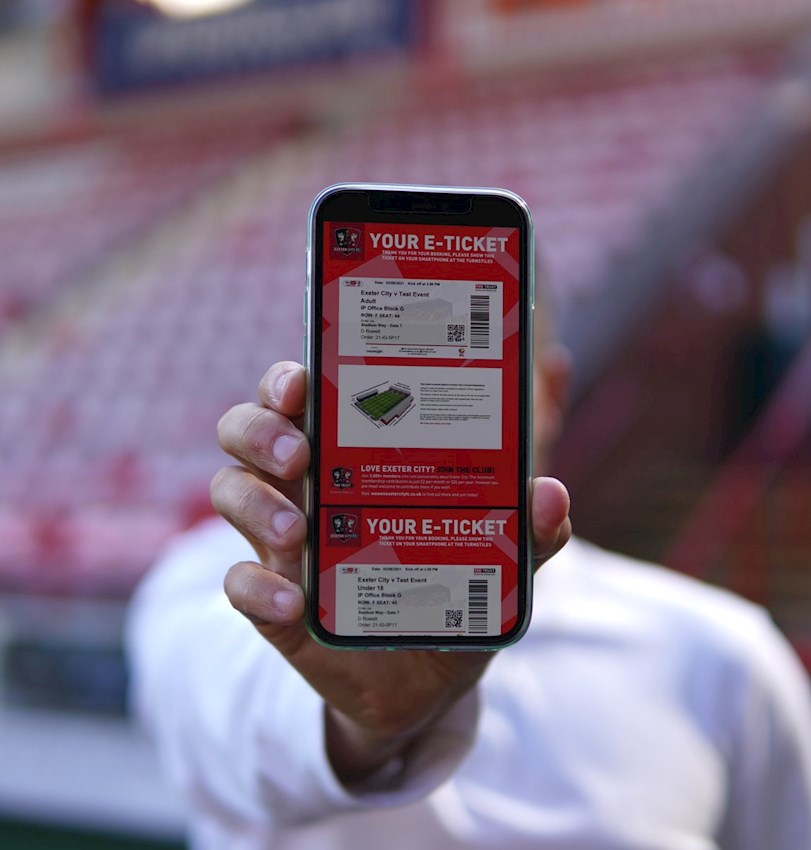 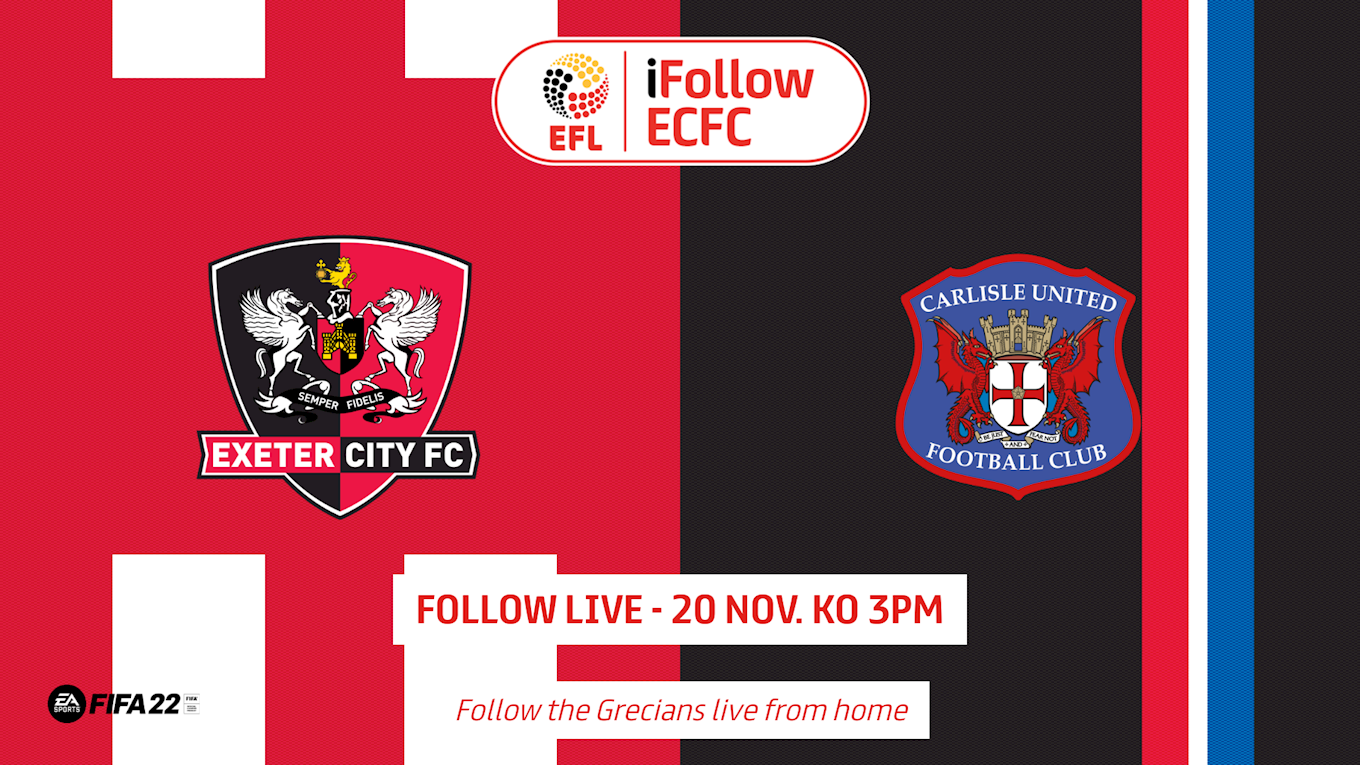 Cameron Dawson is this week's cover star as he talks us through his "Life in Football," and there is plenty more to read in this  edition of The Grecian, for a bargain price of just £3.50. You can pick it up from around the ground ahead of kick off as well as online and in the club shop. 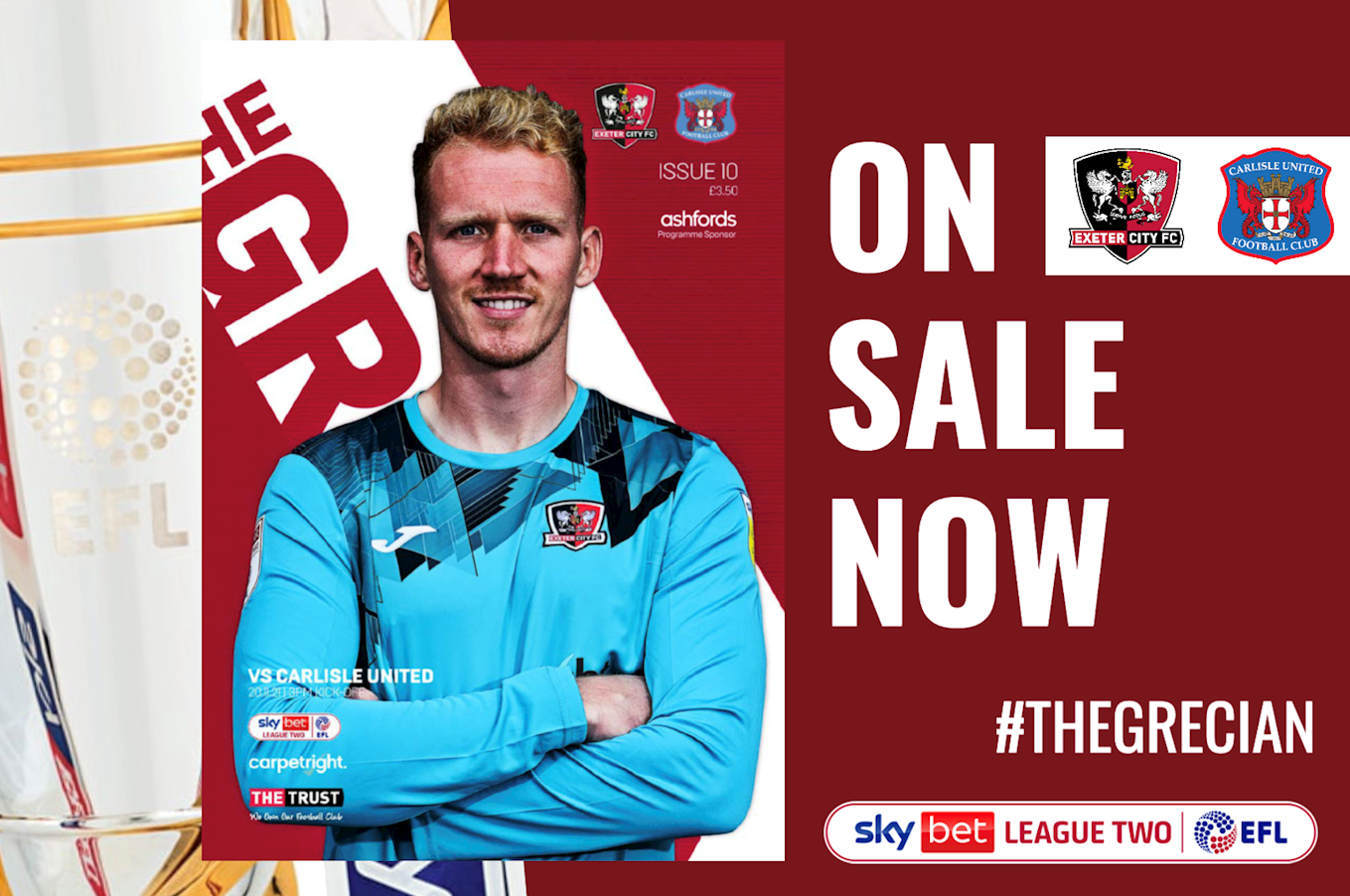 Many things may have changed since your last visit to SJP, or this could be your first ever visit to us, so please take time to familiarise yourself with our new match day guide, which highlights everything you need to know for your return to the ground.

Whilst we are back to normal at SJP, please be aware that some spectators may not be as comfortable as others about attending matches. Please take time to familar yourself with the club's, and government's, Covid guidelines to ensure we keep each safe at St James Park. 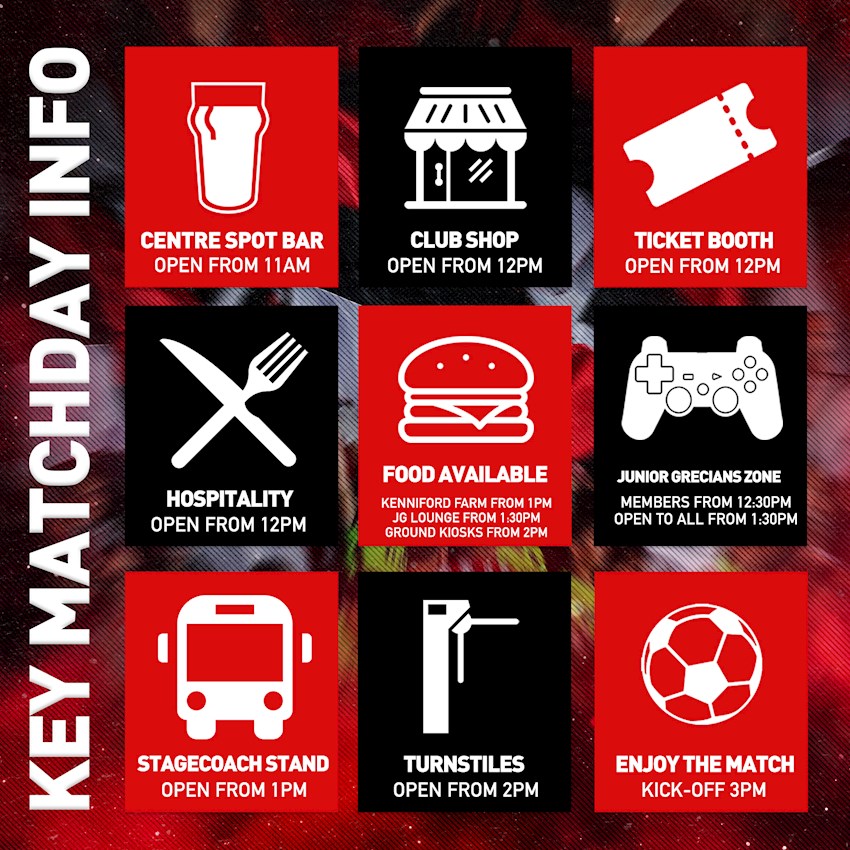 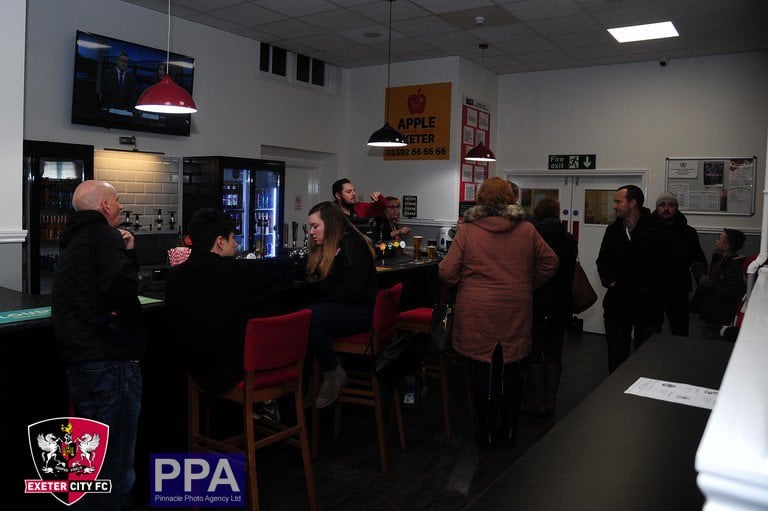 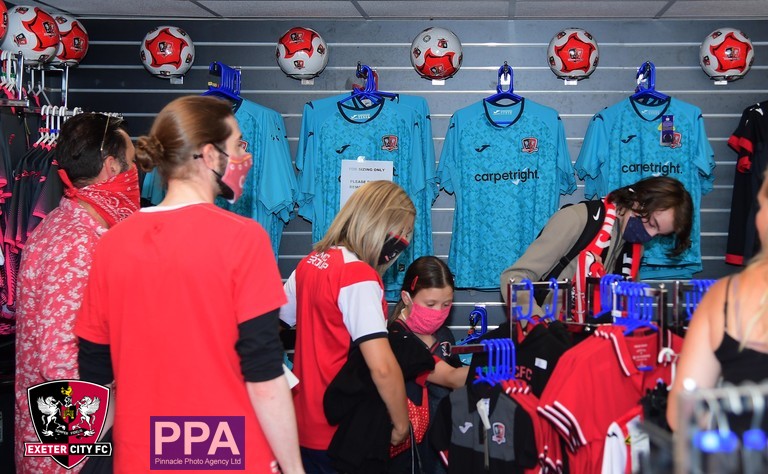 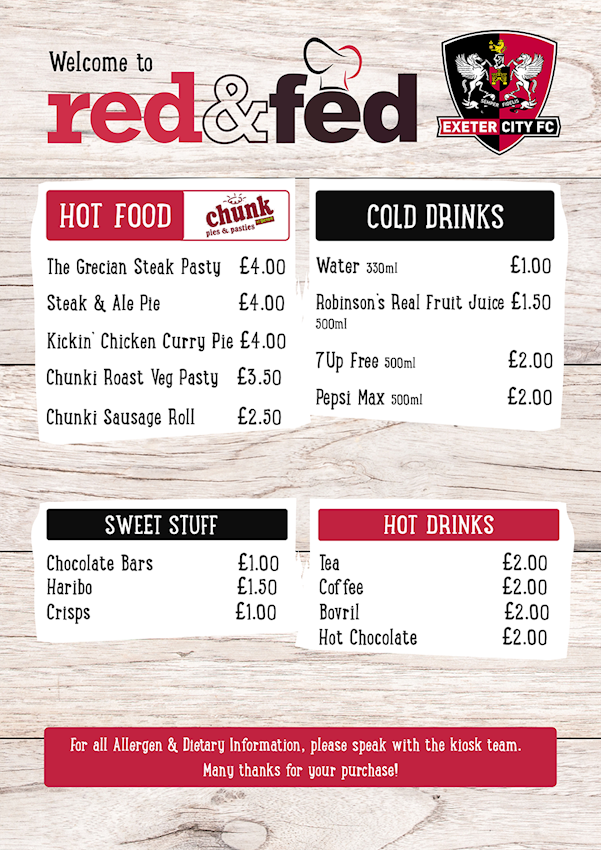 It was a stalemate at Brunton Park as the first League Two Cumbrian derby in front of fans ended goalless.

Tom Parkes scored the only goal as the Grecians ran out 1-0 winners, with Gime Toure sent off for the Cumbrians for a stamp on Jake Taylor.

Exeter made three changes from Tuesday with Josh Coley earning his first league start for the Grecians.

Former City defender Brennan Dickenson swazzed a volley high and wide as the visitors looked to start on the front foot. The Cumbrians forced a couple of corners in the early exchanges without really testing the City box.

Exeter themselves were throwing crosses into the box and it was from the right hand side they had the first effort of the afternoon. Jevani Brown took aim from the edge of the box but keeper Mark Howard kept his cool and got down well.

Cam Dawson was equally in full alert to deny other former City-man Tristian Abrahams from opening the scoring.

The largest cheer of the first half came when Danny Devine sliced a dropping effort high over the City bar as the game lacked early quality.

Alex Hartridge had to be on his toes to clear a dangerous looking Abrahams ball across the box as Carlisle looked the more promising.

Exeter’s best chance of the half fell the way of Tim Dieng. Brown skinned his man on the right-hand side and pulled the ball to the edge of the box. The late arriving Dieng struck well but the United keeper parried away.

The game was sparked into life as Carlisle had a man sent off. Jon Mellish threw in a rash challenge on Archie Collins on the edge of the City box. Referee Will Finney made no hesitation in reaching into his back-pocket and the Cumbrians were down to ten men before the break.

Kicking toward the Big Bank in the second half, Exeter tested Howard on 47 minutes. A slack clearance from the keeper fell to Brown who opted to play a one-two with Matt Jay. Howard made amends claiming the high cross into the box.

The Grecians almost went ahead following a short corner. Brown at the heart of the action whipped a ball in. An almighty scramble in the middle led to City hitting the post and Josh Coley then headed wide.

MJ then came within whiskers of connecting from a Colin Daniel cross which elevated the City fans back into their ever-supreme voice.

And the noise decibels rose further as Sam Nombe nicked the Grecians ahead just after the hour.

With City in the ascendency and knocking the ball about with confidence, second half sub Jonathan Grounds found space on the edge to drive at goal. Through a crowd of Red and Blue shirts, Nombe got the faintest of toes to the effort to claim the strike and put Exeter ahead.

The goal sprung Carlisle into a fightback and Tristian Abrahams snuck around the City back line and forced a fine hand out of Dawson. Dickenson soon tested the Exeter number one from a free-kick as the game burst into life.

The Reds were getting joy down the right and Sweeney, Jay and Brown all had similar runs to the by-line, though the Carlisle defence held strong like Hadrian’s Wall.

With 11 minutes to play City got their second with Jake Caprice’s first career goal. No taking this one off him either.

Jevani Brown broke through the Cumbrians half. Caprice’s afterburners were on max capacity as he flew past Brown on the overlap. Caprice received the ball, cut onto his right foot and blasted under the keeper to send St James Park into raptures.

Carlisle responded immediately. Brennan Dickenson sent a ball across the box and Jordan Gibson unmarked smashed past Dawson to set up a nervy finish.

Caprice almost grabbed his second. Brown yet again laying the wing-back off, but Jake side-footed over. Josh Key too hit high into the stand from range.

Jake Caprice’s confidence was sky high and finished the game with a flourish of step-overs and shots and Exeter claimed all three points. 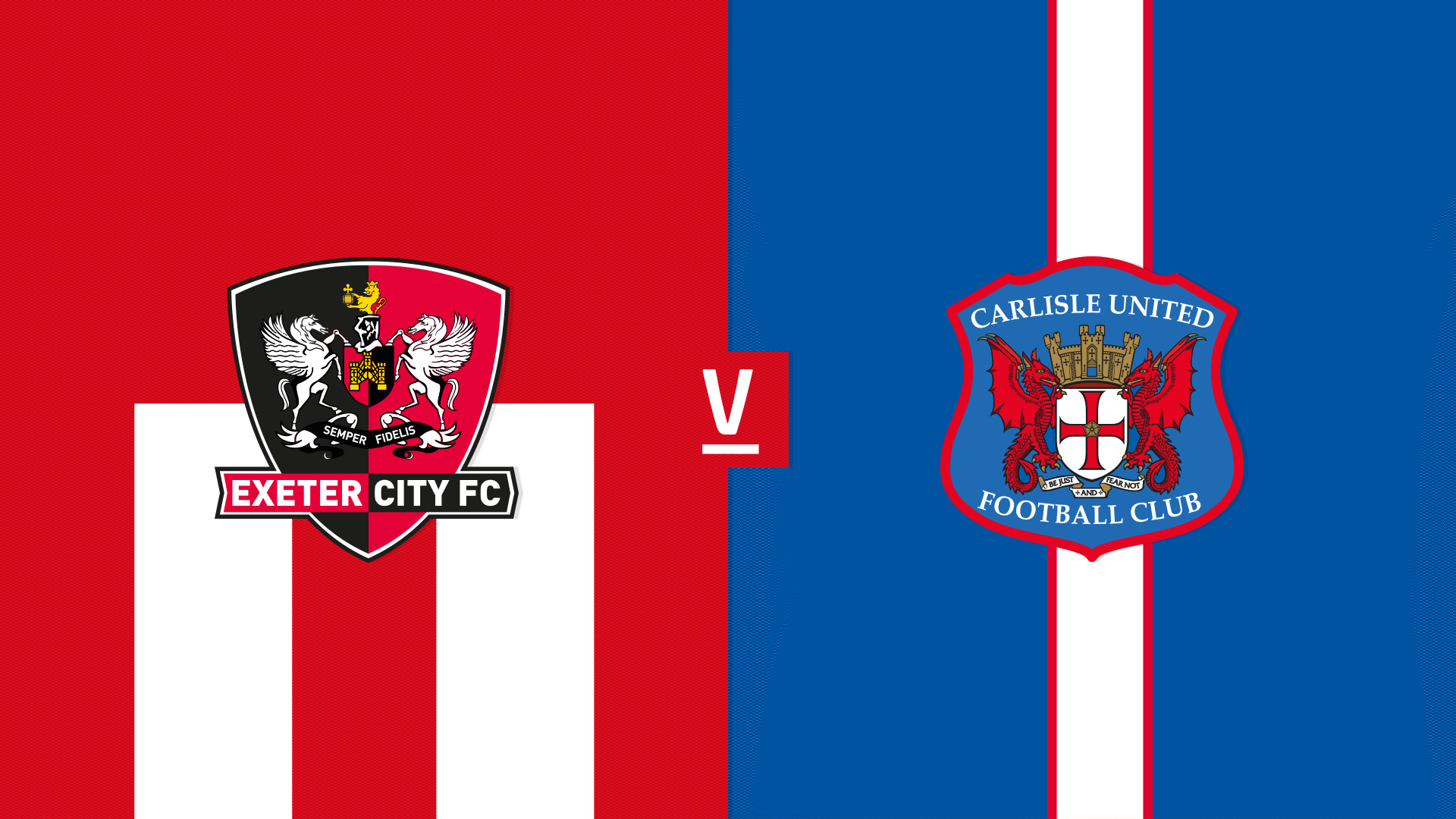 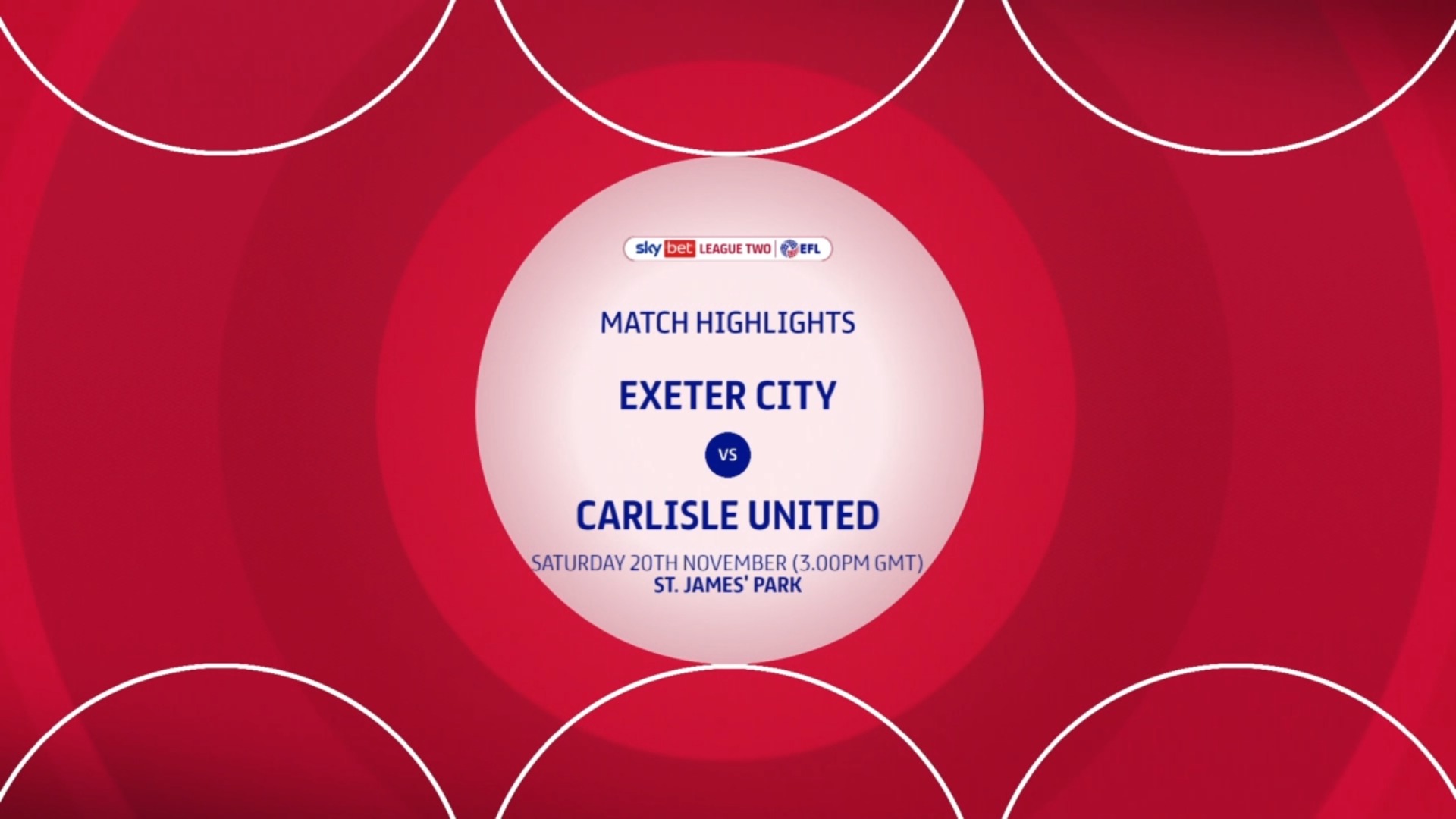 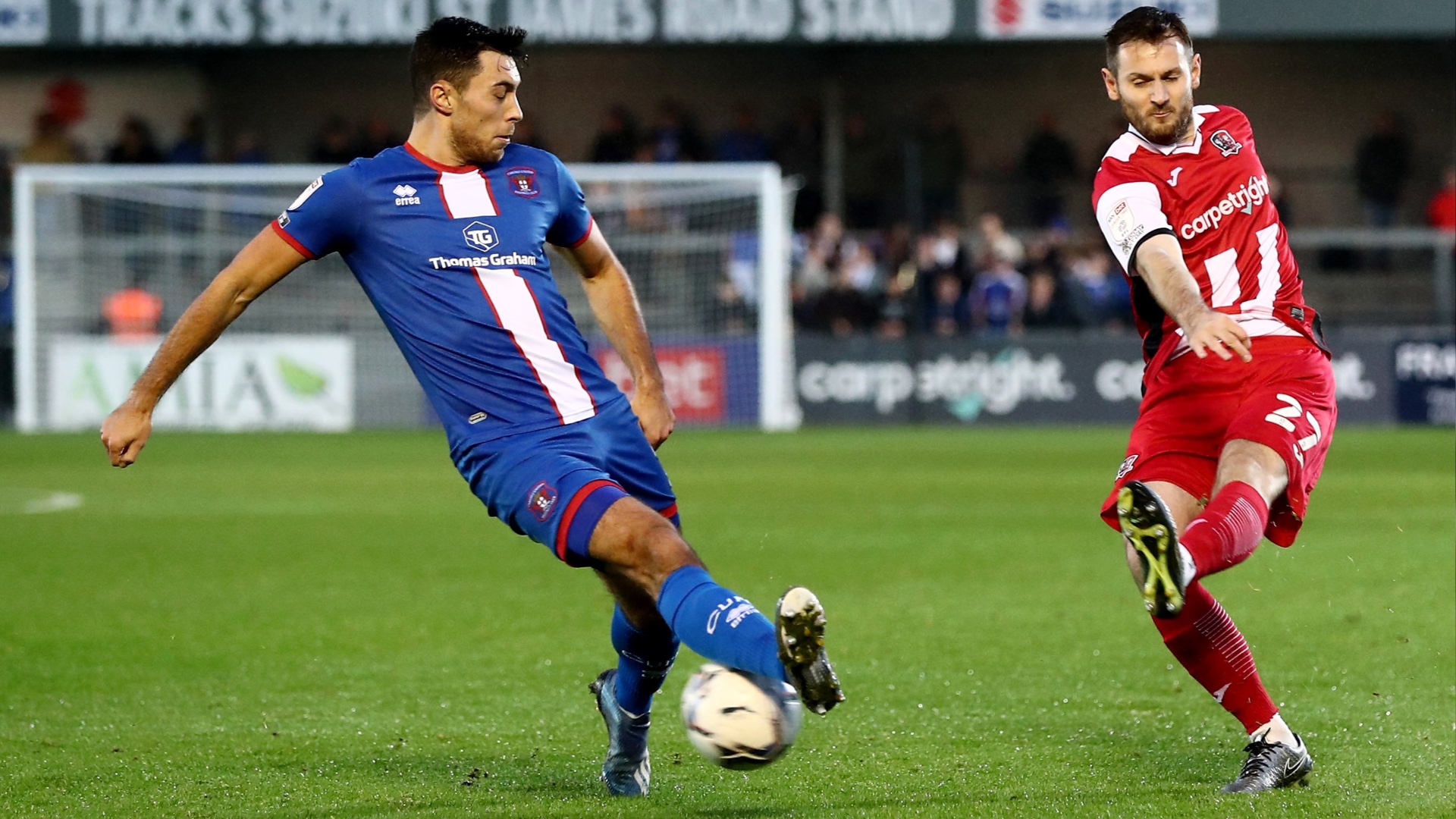