Celebrate our #HerGameToo double header weekend, with programmes for both Newport County and Plymouth Argyle on sale over the weekend.

This weekend, The Grecian is publishing two souvenir copies for purchase ahead of our senior fixtures against the Exiles and the Pilgrims. Women's skipper Manfy Sharpe and full-back Jake Caprice are this weeks' cover stars.

The Programme for Newport County will be availible online, in the shop and around St James Park on Saturday. For Plymouth Argyle, the Souvenir Programme will be available for purchase at the ground on Sunday.

In the men's edition, we caught up with Jake to discuss his life in football. From growing up just ten miles from Wembley Stadium, before providing the assist at the same ground to gain promotion in 2018. City's taliswoman Phoebe Baker is our Player in Focus for Sunday's programme, as she started her career with Argyle, before moving to City last season. 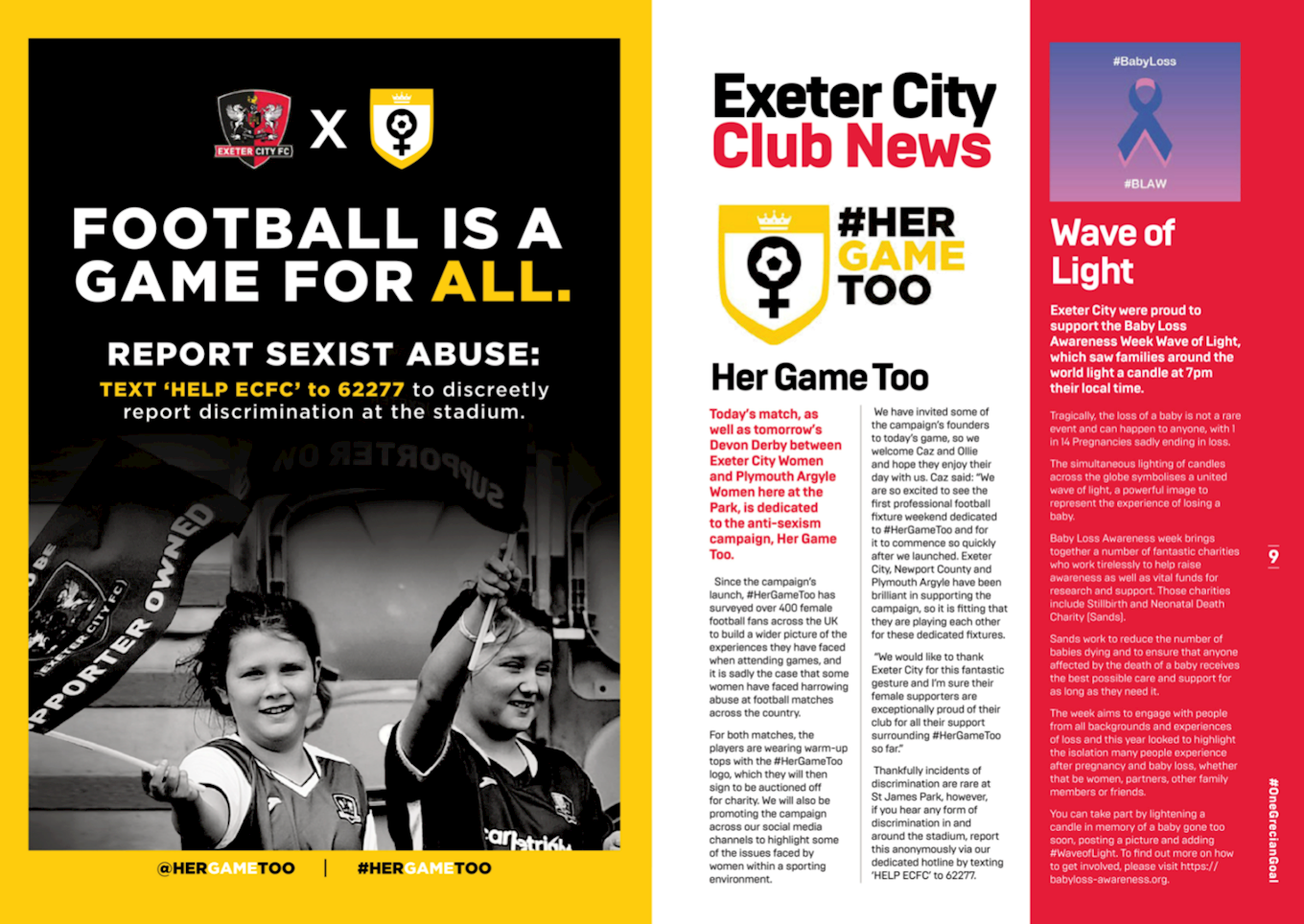 As always, there is plenty for fans of all ages to enjoy, including 'The Recap' with images of our most recent game against Stevenage from the always excellent Pinnacle Photography Agency, and our Academy Drills pull-out feature, which outlines useful and enjoyable sessions for young coaches and the players in the community.

Sam Moakes also provides us with an in-depth look at our opposition from the South Wales in 'Scouting Report' and the 'Little Piece of History' feature highlights the meteroic popularity of Women's football in the early 1920's, before it was sadly banned. 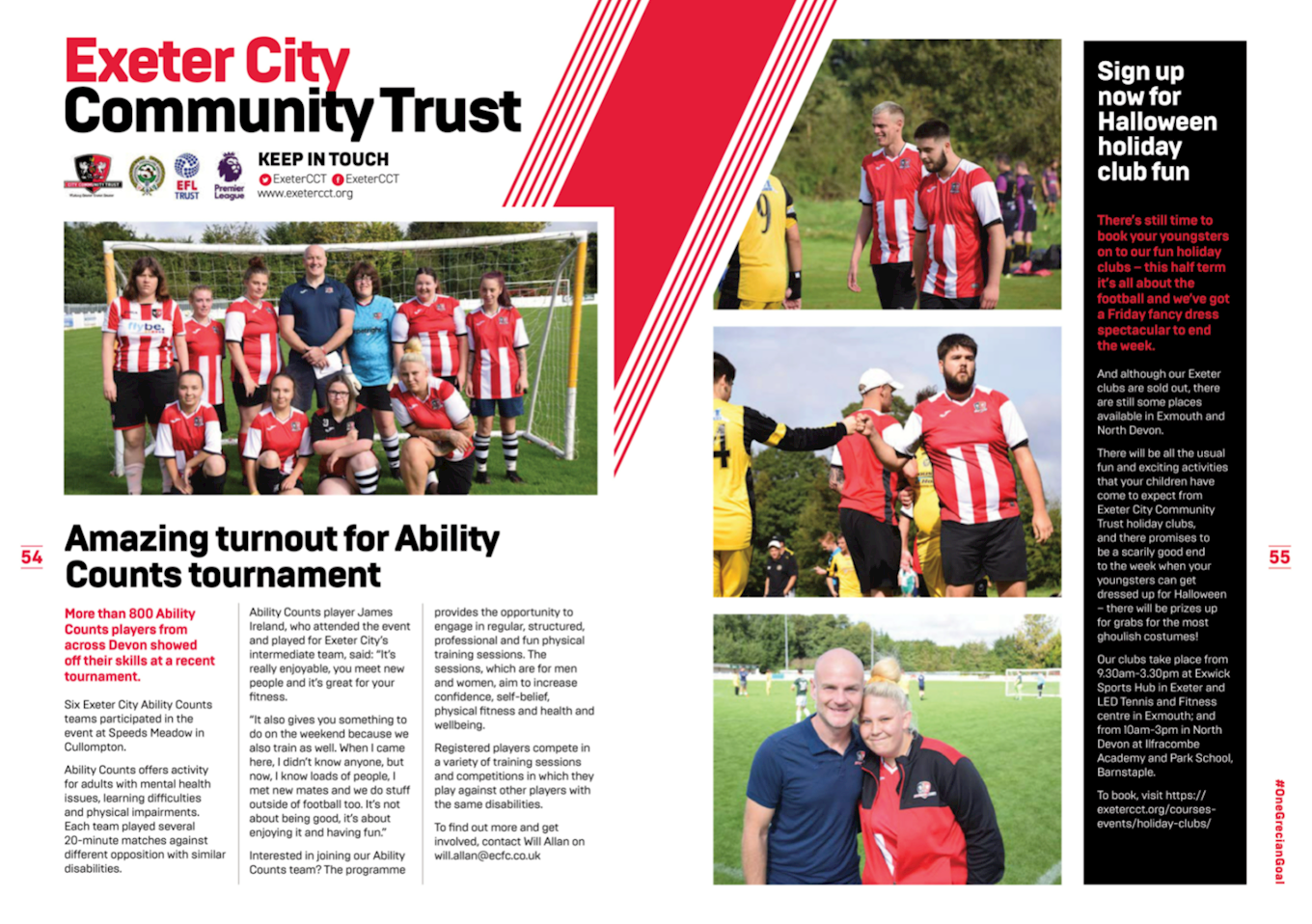 Priced at just £3.50 for Premier Progs' 'Best in League Two' programme, and just £2.00 on Sunday, The Grecian will be back on sale at the Park all weekend, whilst your copy can also be purchased directly from the club shop or online by clicking here (Newport County Only).

Subscriptions for the 2021/22 season are also available once again. With a full-season priced at £75+postage for all 23 league editions of the programme, please contact Will Barrett via programme.editor@ecfc.co.uk for more information.

Exeter City twice came from behind to record their third draw in a row, at the hands of a strong Newport County side.

Matt Jay cancelled out Robbie Willmott’s opener with a side-footed finish and Sam Nombe expertly guided in his fifth goal in as many games from the edge of the box, as honours were shared.

The boss made two alterations for our dedicated #HerGameToo fixture. Owura Edwards-Owura and Colin Daniel both made their first league starts for the Grecians.

Before kick-off St James Park rose to applaud the lives of Adrian Lazarus and Pete Edwards who sadly passed away this week. Thank you for all your hard work for the club and the City of Exeter! 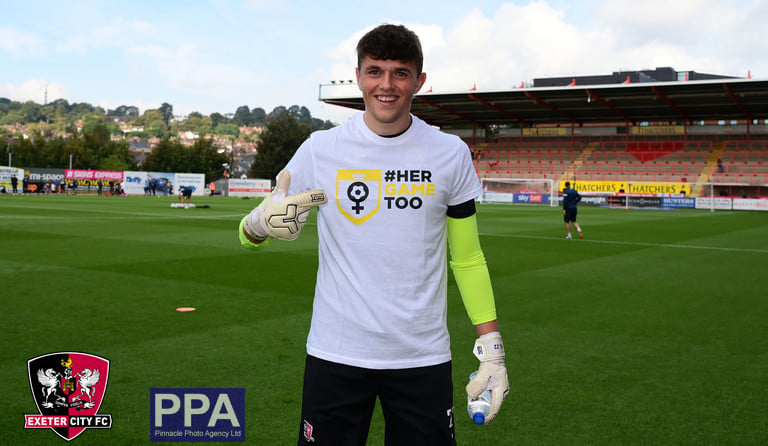 Manager-less Newport came with a point to prove and within 12 minutes had the lead.

The Exiles worked the ball down the left with Oliver Cooper. The winger was able to cut the ball back to Robbie Willmott and the former City-loanee fired low past Cam Dawson, to open the scoring for the visitors.

Owura Edwards had the measure of his defender down the left and looked bright in an otherwise slow first 20 minutes for the Grecians. Archie Collins had City’s first effort, with  a speculative effort which daisy-cut its way wide.

That was the momentum lift City needed and Captain Fantastic found himself on the scoresheet again.

The skipper received the ball in the middle of midfield and danced his way forward. From the edge of the box, Jay went for goal. There were murmurs of a deflection as he sent the goalkeeper the wrong way and drew his side level. 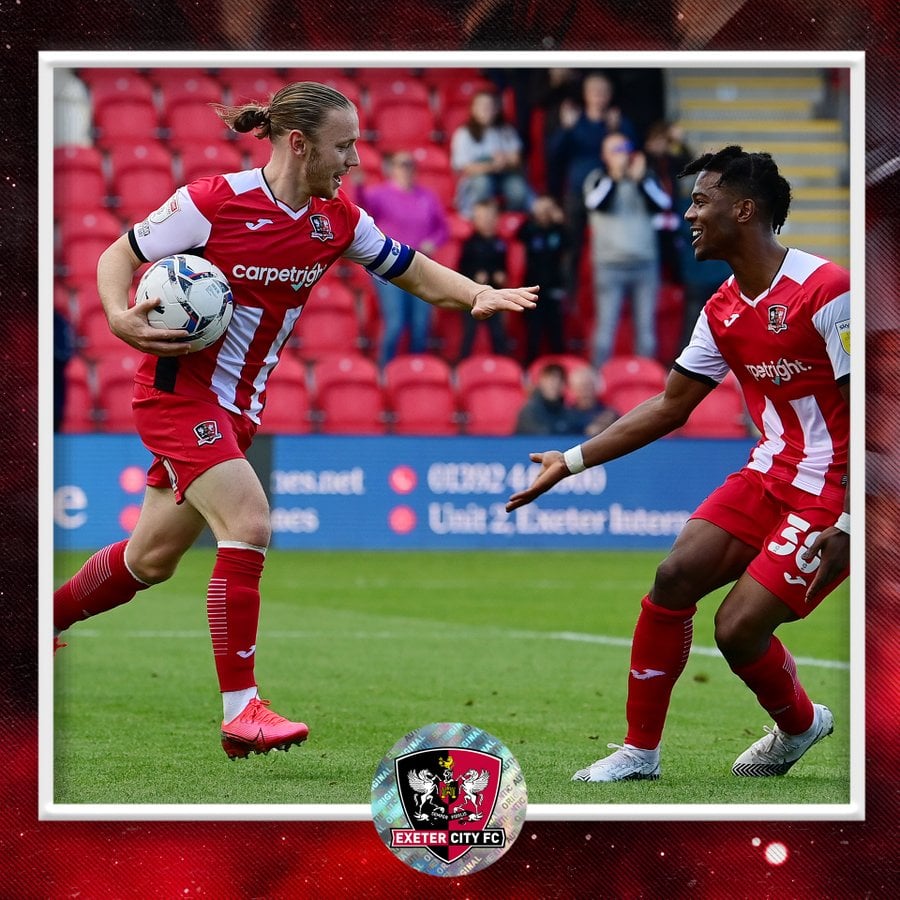 The next five minutes saw wave after wave of City pressure but out of the blue, County bizarrely were back in front.

Courtney Baker-Richardson cut in from the left and what seemed like a routine stop for Dawson, uncharacteristically squirmed past him.

Undeterred City pushed on. on 38 minutes, Tim Dieng found Jevani Brown cutting inside. Brown went to finesse into the top corner, though it only troubled the fans behind the goal and the first half dwindled out.

Exeter came out fighting, and a passage of precise and inch perfect passes allowed MJ to creep in behind. His whipped ball took a nick off a Newport foot and was diverted wide.

Archie Collins was caught in possession up the other end but Newport piled bodies forward. Alex Hartridge was on hand to force the ball wide. From the resulting corner, Dawson was able to pick the cherry.

After soaking up the pressure, the Grecians were emphatic in their response.

Sam Nombe continued his exemplary form. Owura Edwards found the City number 10 on the left-hand side. Nombe jinked and turned onto his stronger right foot and buried his effort with power into the opposite corner- as the Big Bank erupted. 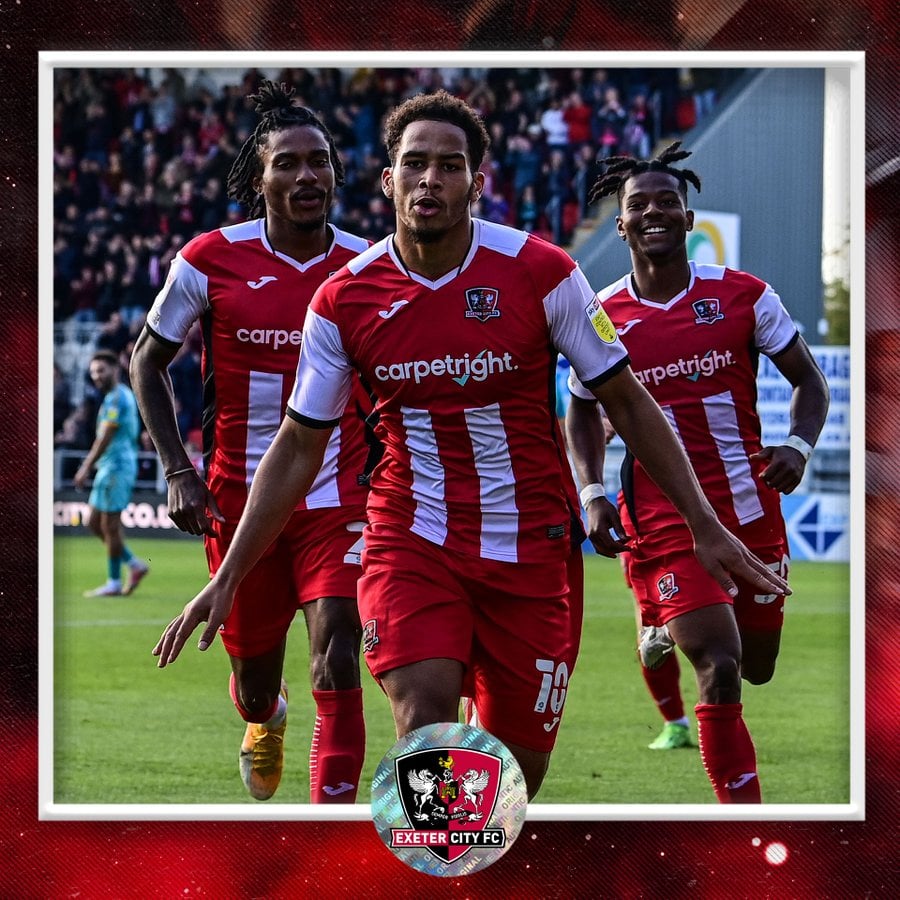 Josh Key almost single-handedly created City’s third of the afternoon. The right back battled his man down the wing on 68 minutes. Instead of shooting, which was the more favourable option, Key’s unselfishness looked for MJ, who couldn’t quite find his feet.

Newport captain Matt Dolan’s driven, but deflected, shot was calmly parried by Dawson as both sides searched for a winner.

Dawson made a big save as the game entered the final ten minutes. Cooper found himself one-on-one with the City shot stopper, who stayed big, and Hartridge swept up the danger.

Ed Upson hooked a ball into the away end and Kyle Taylor could only find the gloves of Day though neither threatened a real chance. 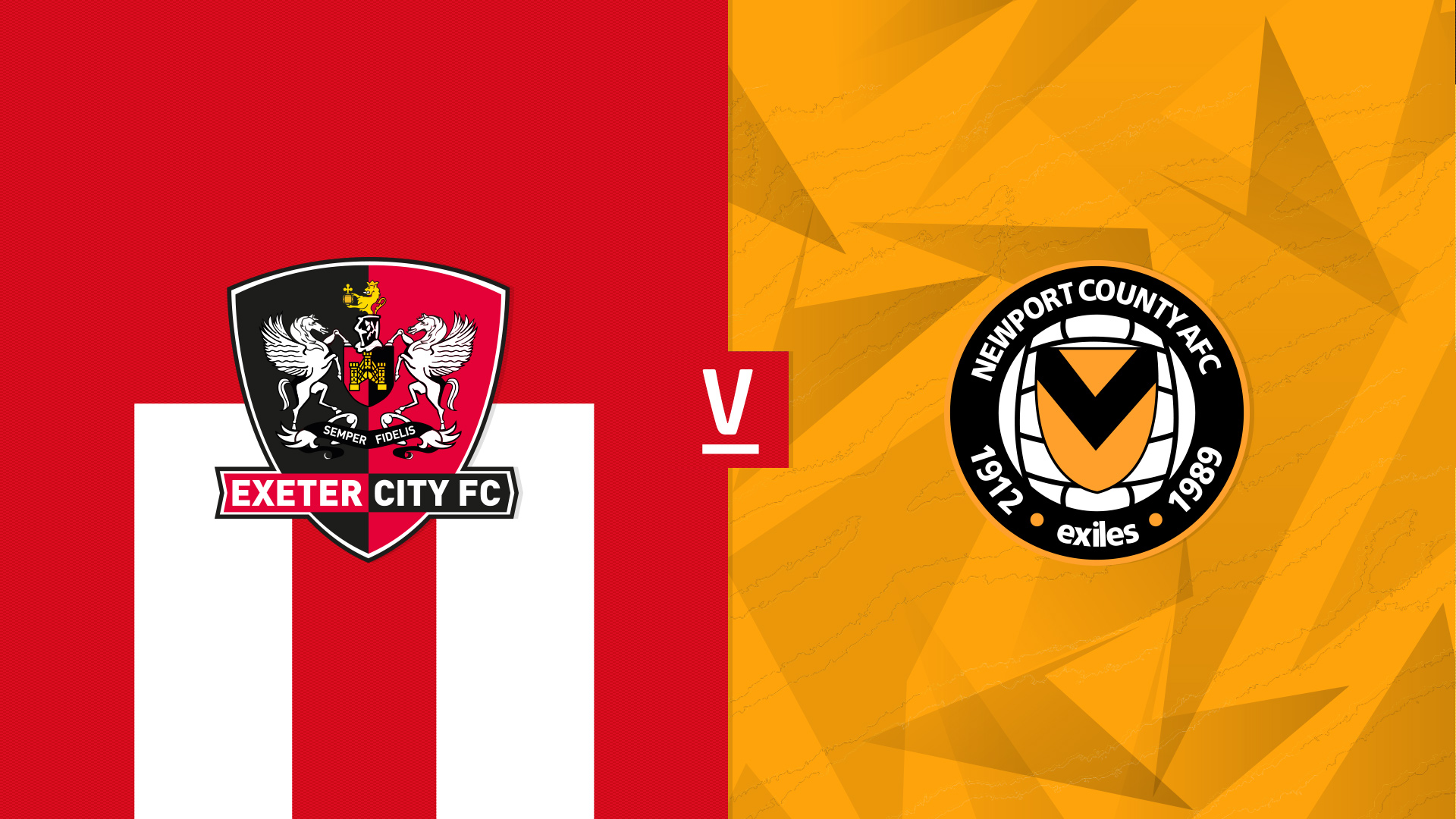 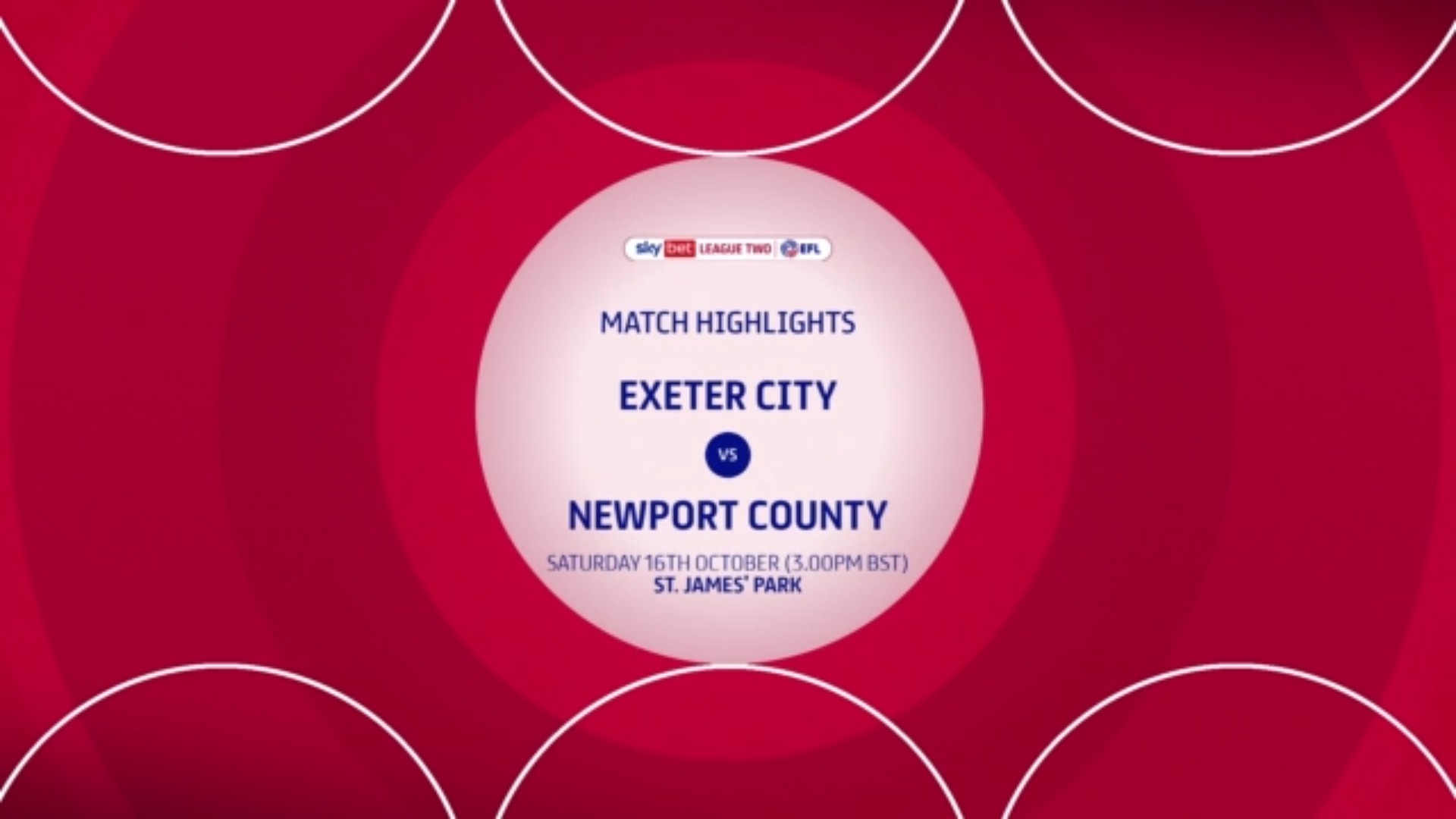 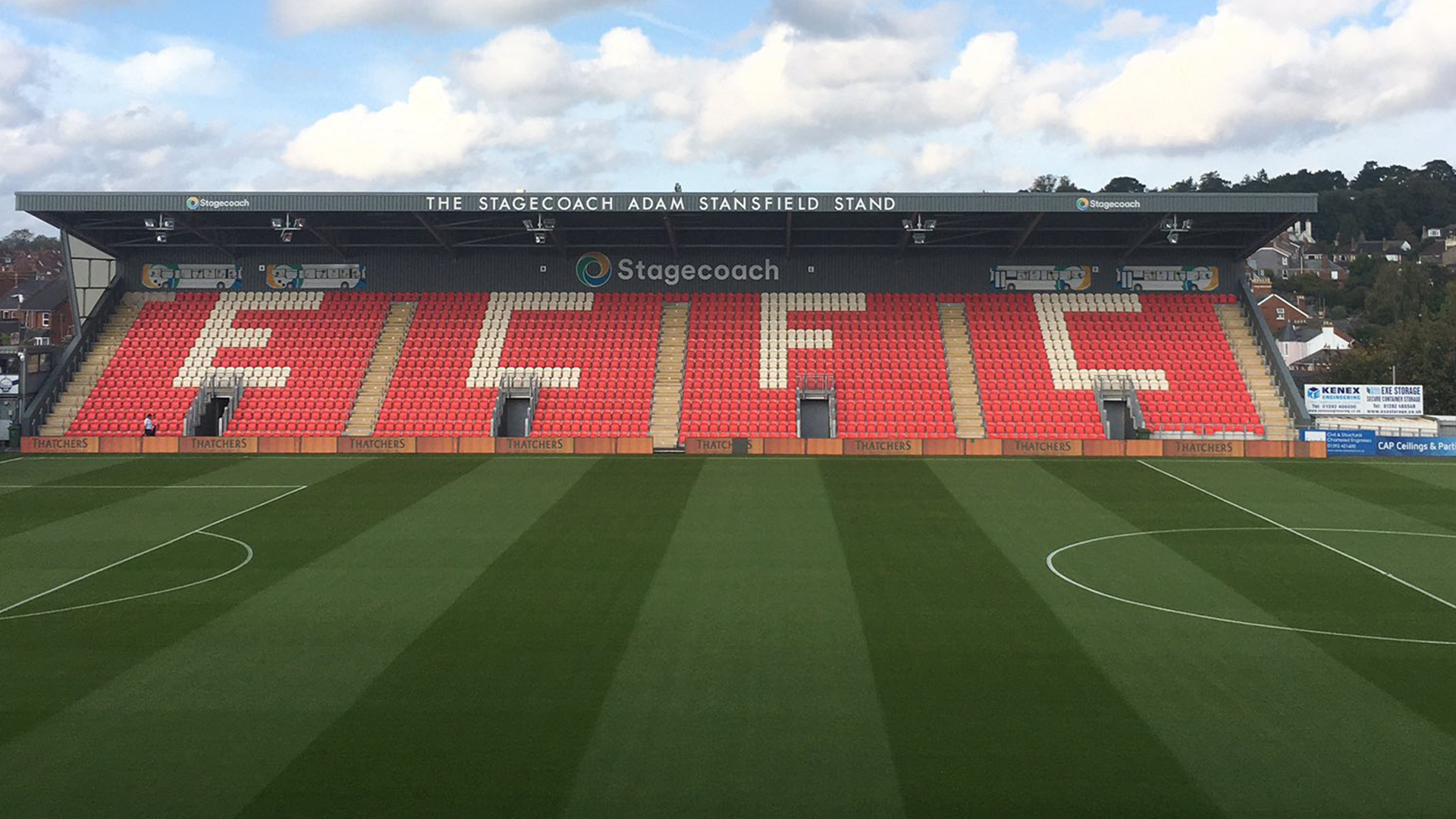