Exeter City’s under-18s stretched their unbeaten run to 12 matches with a convincing 3-0 victory away to Bristol Rovers last Saturday.

After a positive start, the young Grecians took the lead after just four minutes, when Brandon Parsons scored at the second attempt to give the away side the early initiative.

It remained a one-goal game until midway through the second period, when two quick-fire goals put the game beyond Rovers. First Parsons netted his second from 18-yards, and that was followed up by Will Dean converting a Josh Williams corner just two minutes later.

The result sees City remain in top spot of the Youth Alliance South West division table, and they’ll be hoping to stay there despite rivals AFC Bournemouth sitting four points behind them with two games in hand.

The match was only four minutes old when the Devon club’s bright opening was rightly rewarded. After some good play down the left wing from Joel Randall reached the byline before cutting back a cross that found Parsons.

Despite seeing his initial effort saved, the forward followed up his own strike with another shot, which found it’s way through a number of bodies and into the back of the net.

After half an hour, City were unlucky not to double their lead when Josh Key's lofted effort beat the stranded Bristol goalkeeper only for it to bounce off of the post and away to safety.

Key proved to be a constant threat in the first half, and the winger had another decent chance five minutes later when he found himself in behind the hosts’ defence but he could only drag his shot wide.

When teams went into the dressing rooms at the break, the away side felt in control and felt they possibly should have led by more than just the solitary goal.

The Gas started the second half with a change of shape, which started to pose the Exeter back line a few more problems.

In spite of what was a bright period for the home team, the Devon outfit managed to see the period through without too much trouble.

And after putting on a good defensive display straight after the interval, the attack then had their time to shine afterwards and, on 67 minutes, the Grecians finally scored a deserved second goal. 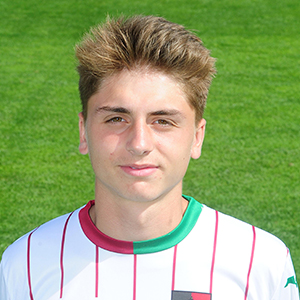 Parsons combined effectively with Key on the edge of the box, before firing past the Pirates’ shot-stopper once again.

By 69 minutes, the three points were almost secure. Substitute Williams sent in a near post corner that was met by centre-back Dean, and he finished well to put his side three goals clear.

Despite the Bristol club’s efforts of trying to get themselves back into the contest, the away team managed the game well during the final 20 minutes. Rovers tried to play long in the hope of nicking a goal back, but Exeter weren’t to be denied another clean sheet.

City youth coach, Chad Gribble, said: “It was a good win. We did a good job of winning our headers and tidying up the second balls, and by half-time we felt that they didn’t really have a proper effort on our goal.

"We felt in control and could’ve and should’ve been ahead by more. We knew they’d change something after the break because of how much we were on top, but once we solved that problem out, the game settled down again and we got two quick goals which put us in a comfortable position.”

“It was a great collective team performance. When a team tries to disrupt your game with a physical and direct style, the team has to be prepared to dig in and the players did that. Everyone did their bit and they all won their individual battles on the pitch today.

“Sam Haynes and James Dodd were excellent. However, Brandon Parsons was the stand-out performer. The energy he provided in both attack and defence was excellent, and he managed to cap off his performance with two goals.

“The team are now 12 games unbeaten and are still top of the league. We wanted the boys to be in a good position going into the cup match against Yeovil on Tuesday, and I feel they are ready for that challenge.”