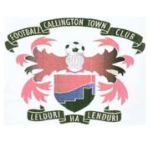 Exeter City are through to the next round of the SEE Women’s FA Cup after beating Callington Town 5-2 on Sunday.

The preliminary round tie was the ladies the first competitive match of the season and they had to come from behind twice in the match to claim a deserved victory.

For the first 10 minutes, both sides were evenly matched with few clearcut chances at either end. City grew into the game, dominating possession and playing free-flowing football. However, this came at a cost as they lost possession in the middle of the park, allowing a Callington attacker to score from 25 yards with a decent finish.

City then went on the front foot, with a few long range shots testing the Callington keeper, and lots of crosses from wide areas just failing to find the Exeter front line.

The Grecians’ efforts were rewarded when an Abbie Britton strike was parried by the keeper, and Jana Richards followed up to calmly slot home.

However, the visitors went into the break behind when they got caught with a long ball over the top for Callington’s pacy centre forward to run on to. Keeper Shannon Watts came out and collided with the oncoming centre forward, with the ball spilling for Callington’s attacker to turn and strike home. This was harsh on City after their first-half performance but they went into the break trailing 2-1.

In the second half, the visitors came flying out the blocks, playing at a high tempo. With just 10 minutes gone the ball was played into the lively Sophie Gillies, who turned the defender and smashed an unstoppable shot into the top right-hand corner. Roared on by the travelling support, City continued to put Callington under pressure.

However, the hosts looked dangerous on the counter attack, forcing Watts into two superb saves. New-signing Sian Chapman entered the game with 25 minutes to go and had an immediate impact, with opportunities coming and going for both her and Gillies.

With 20 mins to go, City took the lead for the first time when intricate play around the edge of the box resulted in a Britton goal into the bottom left corner.

City now took a stranglehold on the game, when a minute later another great passage of play resulted in Richards finishing neatly at the far post to give the visitors some breathing space and see the game out. There was still time for City to add another superb team goal, when a great cross found Jazz Hervin at the far post, who crashed home a thunderous strike from 18 yards which cannoned in off the post.

It was a great all round team performance from front to back, against a strong, well-organised Callington team, with each player executing their role accordingly.

Special mentions go to Ella-Mae Miller on her senior debut at right back, whose confidence and forward runs created numerous opportunities for the team, and captain Emily Toogood who led by example from the back.