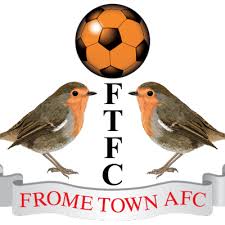 Exeter City ladies turned out a five-star performance as they beat Frome Town 5-0 in their SSE Womens FA Cup first qualifying round tie.

Goals from Jana Richards, Georgie Barbour-Gresham (2), Sian Chapman and Zoe Watkins gave City a commanding lead in the first half as they played out a second period with very little action in front of goal.

The home side started excellently and went ahead on seven minutes when Richards put in a cross out wide that managed to evade the Town defenders and goalkeeper as it ended up in the back of the net to give City the advantage.

More dominant play then saw City go close when Richards tried her luck again from a similar angle but could only strike the crossbar this time.

But just a few minutes later, Barbour-Gresham got her first senior goal when good play from Chapman saw the ball threaded through to her as she smashed the ball home from 20-yards out to double City’s lead.

Just three minutes later, Chapman then notched a goal herself when, just after the half hour mark, Watkins played a wonderfully timed pass over the top of the Town back line as Chapman turned well before volleying home to give the home side a commanding lead.

In what was a magnificent first half for City, two more goals came in quick succession as Barbour-Gresham got a second of the afternoon with a cool finish, before Watkins got in on the act as she claimed her first for the club as City took a 5-0 lead into the break.

Credit to Frome Town, though, after a half-time team talk they began to make it a lot harder for City in the second period with chances harder to come by for the home side.

After beginning the second half in better fashion, the away side began to see much more possession and they almost pulled a goal back when a dangerous attempt had to be well blocked by Donna Langdon as City pushed to maintain their clean sheet.

But with the home side more than comfortable with their five-goal advantage they controlled much of the play later in the half as they saw out their excellent performance to progress to the next round of the competition.