Exeter City will celebrate the Rainbow Laces campaign as we welcome Tranmere Rovers on Saturday.

Our weekly classic encounter dates back to 2014, and City’s last victory over the Merseyside club.

Jed Penberthy looks back The Grecians trip to the Wirral when goals from Jordan Moore-Taylor and Graham Cummings dragged Exeter out of the League Two relegation zone.

The recent victory over Cambridge United had given Exeter City hope that the season’s fortunes would change ahead of the visit to City legend Rob Edwards’ Tranmere Rovers. Twenty-third in the league it had been an iffy start to the campaign for Paul Tisdale’s men.

Boyed by the victory at the Abbey Stadium, City raced into an early lead. Just six minutes were on the clock when Matt Grimes sent a long ball in behind the Tranmere defence.

David Wheeler charged into the Rovers box and attempted a nonchalant chip over Owain Fon Williams. The Rovers number one got a hand onto it, but Graham Cummings was first to nod the ball over the line.

Tranmere’s transition was the order of the day as the home side found a leveller on 25 minutes.

Max Power (the man whose name you’d love to touch, but you mustn’t touch) done superbly retaining possession in midfield. The midfielder sprayed the ball wide to Danny Holmes. The full back stepped inside onto his left foot and squirmed an effort under Christy Pym to bring Rovers back on terms.

Just before half time Tranmere almost nudged in front. Power muscled Jordan Moore-Taylor off the ball and set the ball inside to Cole Stockton who needed to recalibrate his sights, as the ball trickled wide of the left-hand post.

With just over twenty minutes to go Exeter scored the vital goal.

City earned a free kick on the wide left. Matt Grimes’ inch perfect delivery was met by the dive of Jordan Moore-Taylor. The defender’s header bounced up and crashed off the underside of the crossbar to put City back in front.

Graham Cummings had a glorious chance to make the points safe late on. A marauding run from Liam Sercombe was halted only as far as Jimmy Keohane. Sercombe wheeled away into space and was found by the Irishman. Sercs’ cross was on a tuppence for Cummings who could only head over.

The three points moved Exeter City up to 20th and level on points with the Merseyside team. An average season had Exeter finish in 10th, but the campaign ended in a horror show for Tranmere. Rob Edwards was sacked less than a month later and Rovers were relegated into the National League. 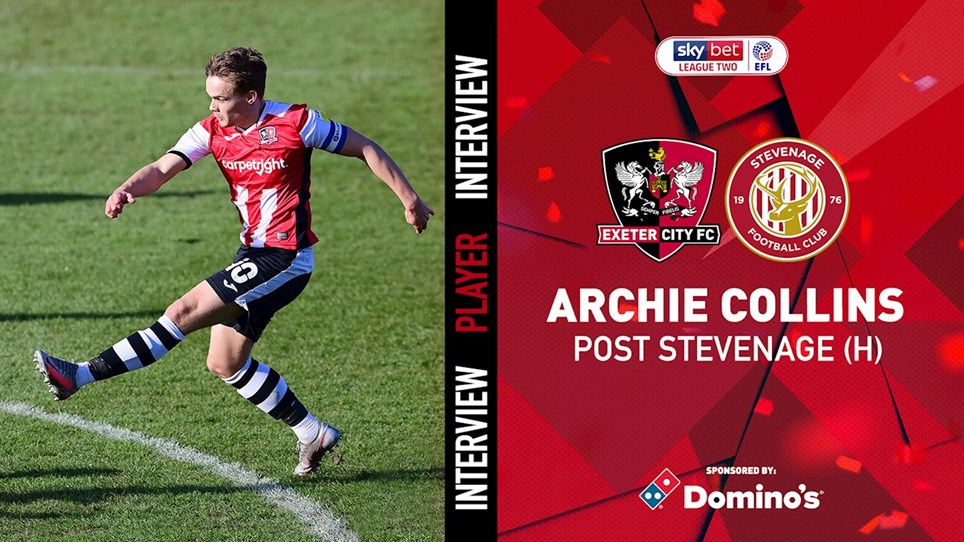 💬 Archie Collins: "To be captain, score, and win, it doesn't get much better than that!"


Archie Collins scored yet another screamer as he captained the side to a 3-1 victory over Stevenage at SJP. 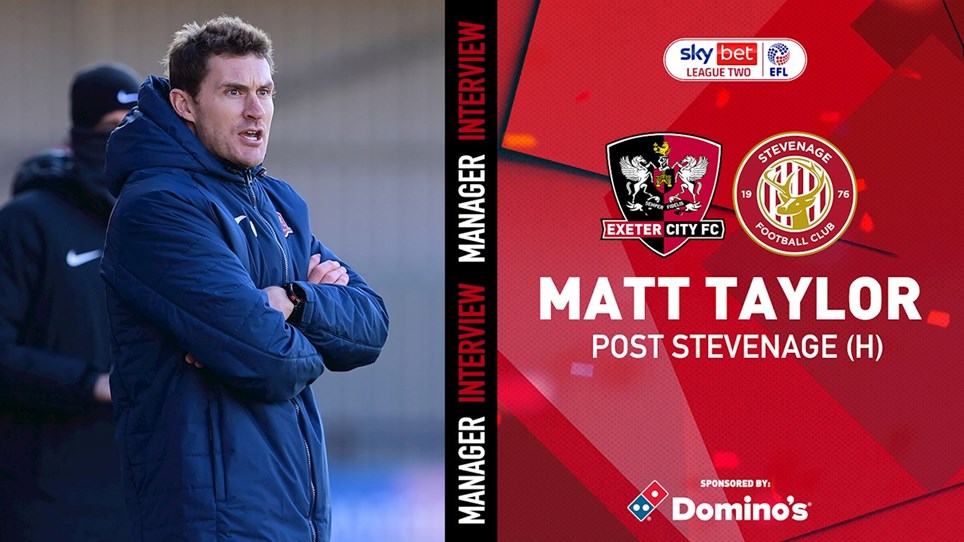 💬 Matt Taylor: "We were the better team for large parts... It was a resolute performance when it needed to be."


City boss Matt Taylor has praised his side's performance after they picked up their first win of 2021 with a 3-1 victory at Stevenage. 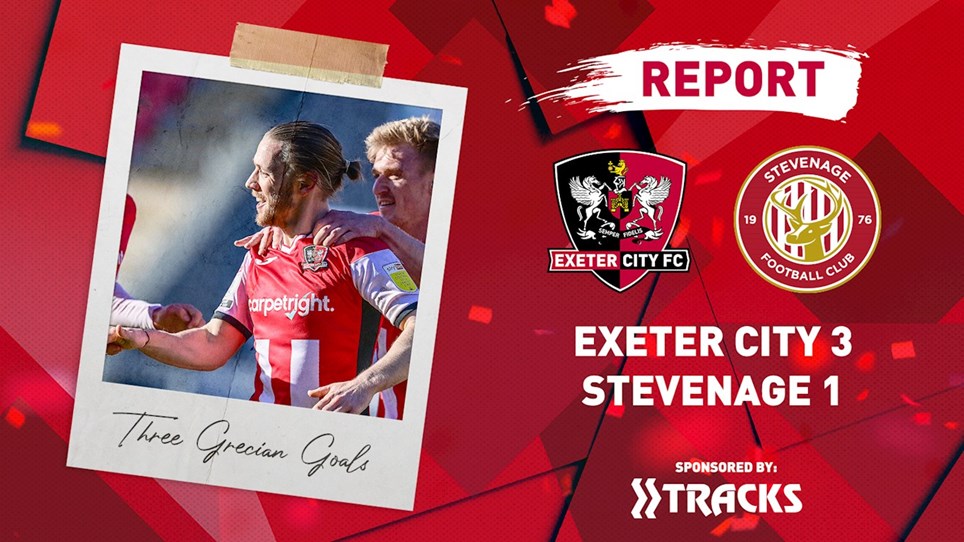 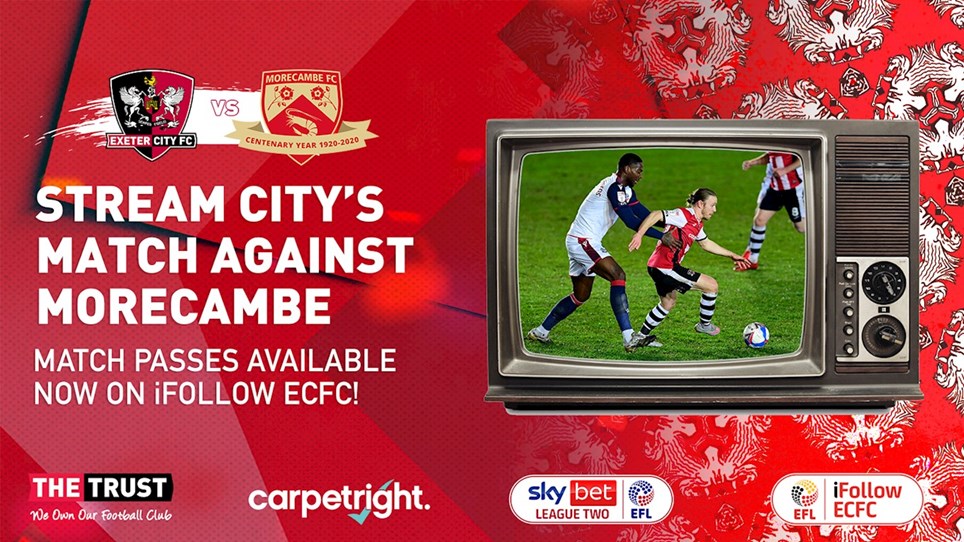 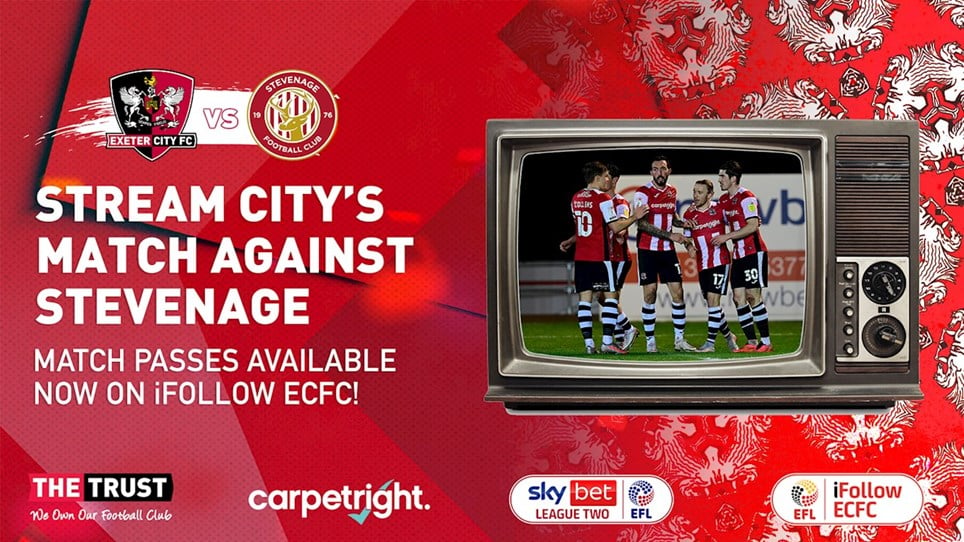