Going into only their second season as a league club, the Ammies have had a meteoric rise from the local leagues in the North West since their purchase by Manchester United’s ‘Class of 92’ and finished a respectable 11th in the league last season.

Founded in 1940 as Salford Central, the club competed in local leagues in 1968 when they were admitted into the Manchester Football League, changing their name to Salford Amateurs – which inspired their current nickname of the Ammies.

They added the City suffix in 1989 and were a staple of the North West Counties League until 2008. In this time they won the Manchester Premier Cup and in 2005 reached the third round of the FA Vase. In 2008 they finished as runners up and were thus promoted to the Northern Premier League. After a tumultuous first season they survived relegation on the final day of the season with a 5-2 win at Garforth Town that was dubbed ‘The Great Escape.’

In 2014 former Manchester United stars Paul Scholes, Nicky Butt, Ryan Giggs and the Neville brothers agreed a deal to take over the club. The group controversially changed the club’s colours from tangerine to red which sparked protests amongst supporters and soon sold 50% of their stake to Singapore based businessman Peter Lim. After overseeing plenty of success of the club, they won the Northern Premier League in 2015 in a season that included an FA Cup giant killing over Notts County.

In 2017 Bernard Morley and Anthony Johnson took over as joint managers and the club investment saw the side win promotion to the National League North after two seasons. After just a season in the second tier of non-league football they reached the National League where after an up and down season they beat AFC Fylde in the play-off final at Wembley. David Beckham also announced he would be taking a 10% stake in the club, adding to the star studded ownership line up.

They reached last season’s EFL Trophy Final where they should have played Portsmouth, but it was consequently postponed due to the COVID-19 pandemic. In their debut Football League season they finished a respectable 11th, winning their season opener 2-0 against Stevenage.

Home for City since 1978 is the Peninsula Stadium, which currently holds 5,106 people after a major upgrade in 2016. Originally, Moor Lane consisted of a small main stand and a small covered terrace opposite with two open ends, but by the time the club were promoted to the National League the stadium was entirely refurbished. It was opened by Sir Alex Ferguson.

Manager since 2018 is former Burnley, Preston and Scunthorpe defender Graham Alexander. Having left Scunthorpe in the March via mutual consent, he was announced as Ammies boss in May and instantly guided the side to the play-offs, where they were victorious over AFC Fylde. 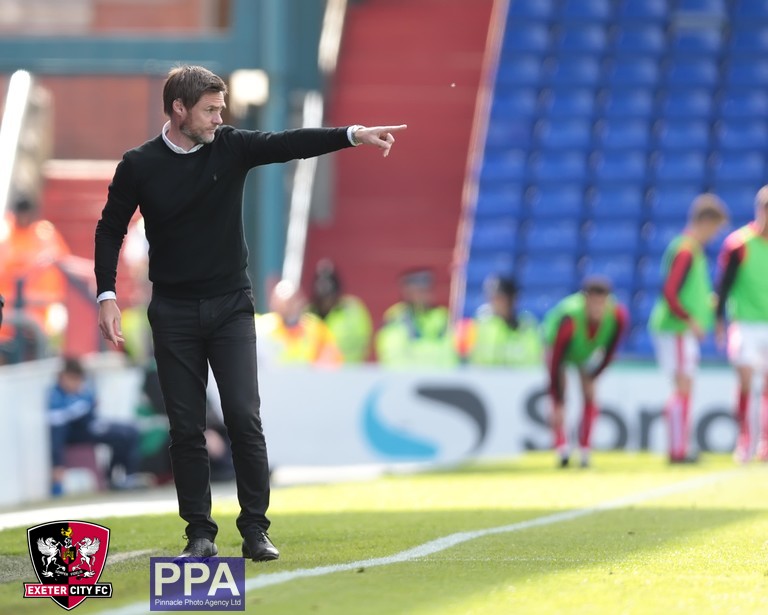 Having left Rochdale in the summer, Salford secure the signing of veteran striker Ian Henderson. The 35-year-old left Rochdale after 112 goals in just shy of 300 appearances following a seven year spell is regarded as a cult hero amongst the Spotland faithful. He had stated in 2015 he intended to retire at the club but in July signed a two year deal at Salford.

Elsewhere he also three years at Colchester and also spent a season in Turkey playing for capital city side Ankaragucu.

Ryan Bowman’s header secured a City win in the only previous fixture between the two sides.

Exeter City's season opening league fixture against Salford City is available to stream live on the UK and Overseas on iFollow.

You can purchase a match pass for the 3pm kick-off at the cost of just £10. The stream includes the live BBC Radio Devon commentary, score overlay and replays. 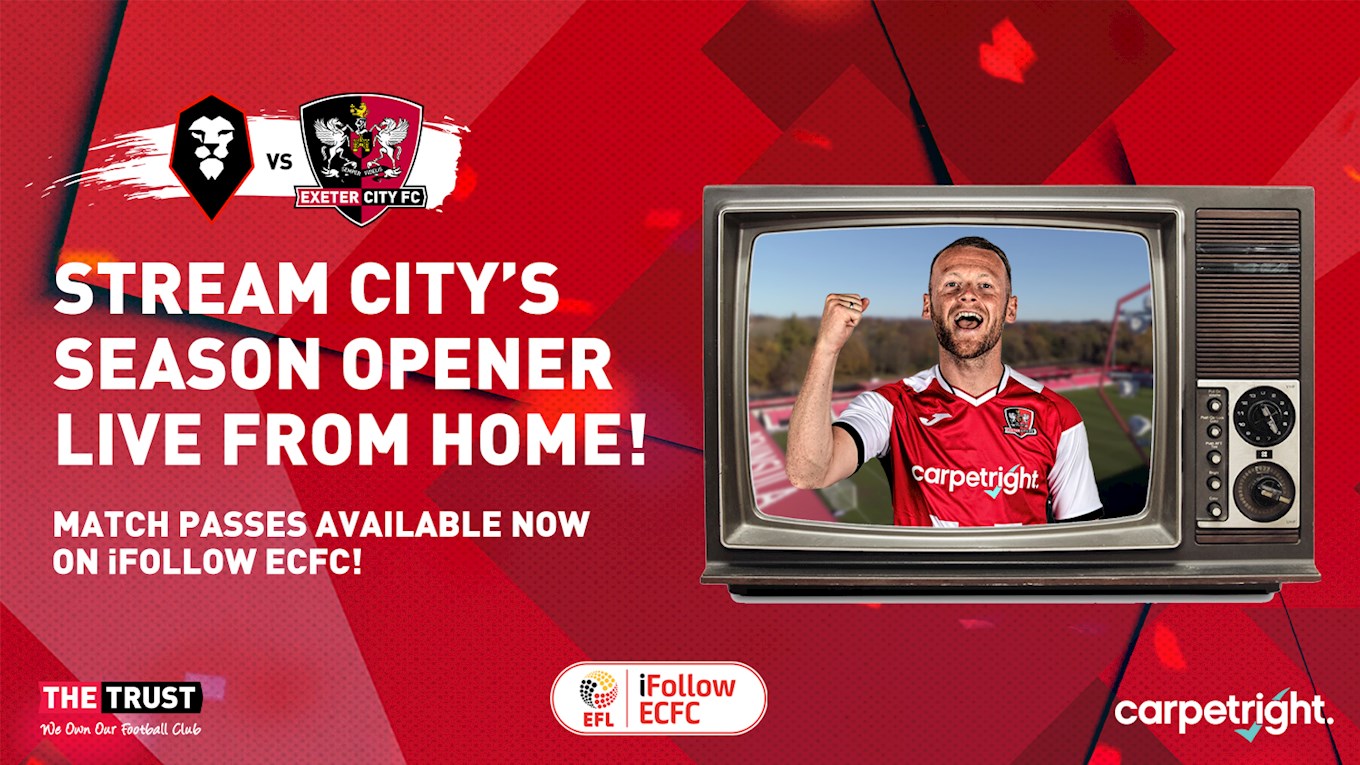