Now the fixtures have been released for the 2021/22 season, it's time to get planning. Here are some of the key fixtures you've all been waiting for.

Exeter City will open their season with a home match against Bradford City at SJP on Saturday, August 7th. Last time out at the Park, City won 3-2 thanks to goals from Pierce Sweeney, Matt Jay and Ryan Bowman, and this time round the Bantams will travel down under the guidance of Derek Adams, who gained promotion from League Two with Morecambe last season and are hotly tipped in the early season odds. 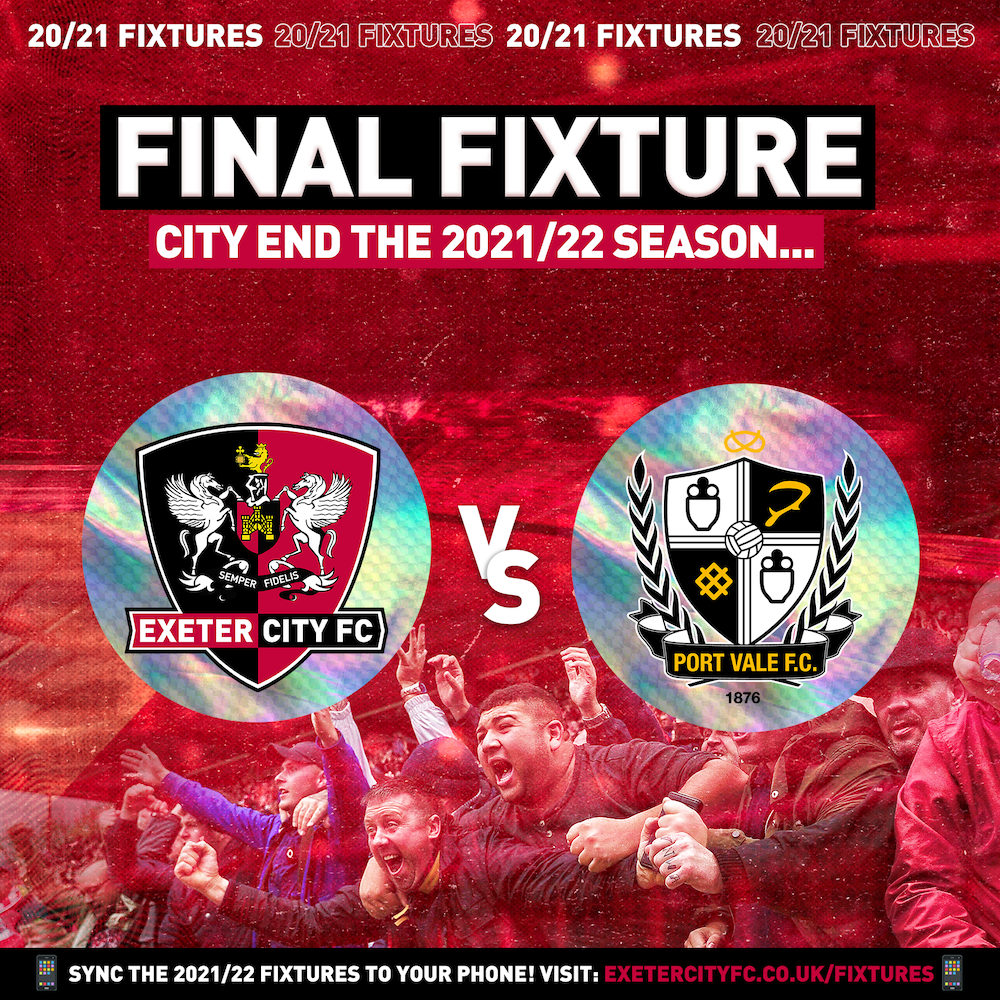 We close the season with a home match against Port Vale at SJP, which is scheduled for Saturday May 7th. Vale have recruited strongly so far this summer and this will be their first visit since a 2-0 win on the second match of last season.

With the relegation of Swindon Town and Bristol Rovers, that means there's two more local-(ish!) games for City next season, adding to the trips to Newport County and Forest Green Rovers.

After the Rovers home match, our next SJP outing is against Forest Green, meaning a tough start for the Grecians. That match will be taking place on Saturday September 4th.

Matches against Swindon Town will take place on Boxing Day at SJP, and on Saturday, February 5th at The County Ground. 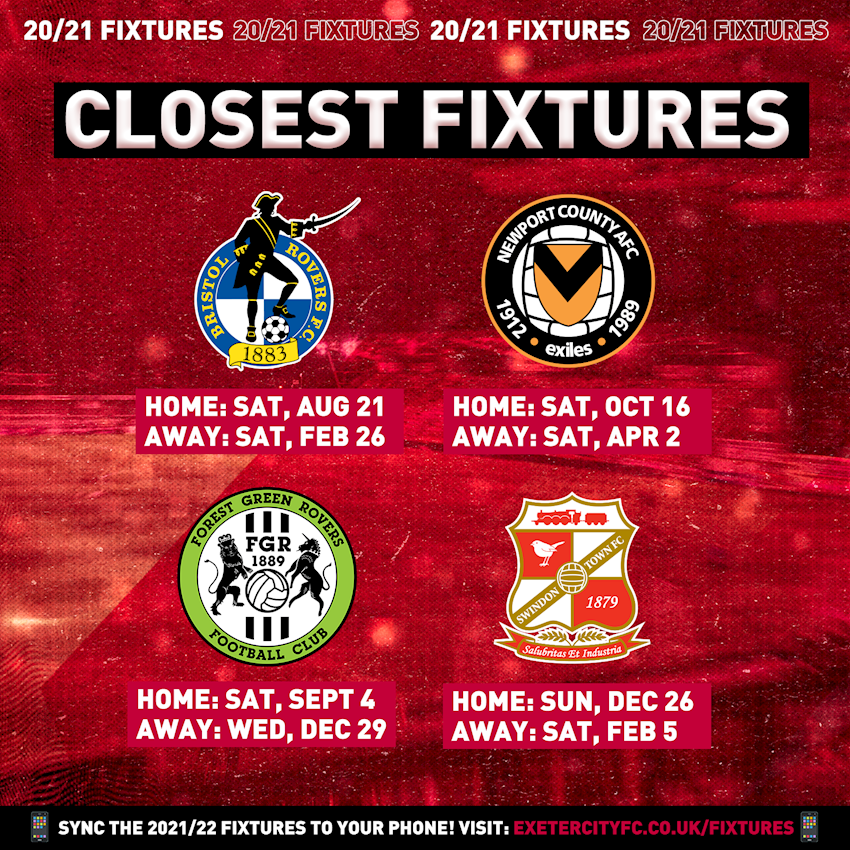 Sutton United and Hartlepool United are the new teams in the EFL this season, so there is no doubt that suporters will be looking forward to their visits to Gander Green Lane and Victoria Park respectively.

We will hosts Sutton United on Saturday, September 18th and our trip to South West London is on New Year's Day.

Christmas has been relatively kind to the Grecians this time around, with City hosting Swindon Town on Boxing Day, before we make the fairly short trip to Forest Green on Wednesday, December 29th.

Sorry folks, it's Barrow on a Tuesday again, but it is August 17th so surely there's no worries about the weather! Other Tuesday night trips include Crawley Town (October 19th), Colchester United (November 23). In terms of home games, we also have three scheduled. They are Northampton Town (December 7th), Leyton Orient (February 8th) and Crawley Town (March 15th).