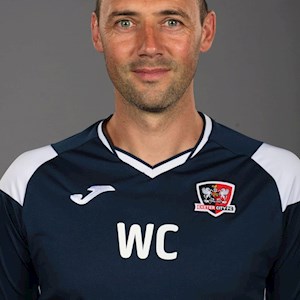 Wayne is perhaps best known to Exeter City fans during his playing days for scoring in both legs of the club's 2008 Conference play-off semi-final victory over Torquay United, including a goal at Plainmoor that sealed a remarkable comeback for the Grecians.

Wayne played more than 60 games for the Grecians as he helped them to promotion back to the Football League. Wayne was appointed head of coaching at Exeter City in March 2017, which involved working with all age groups to ensure that there is a consistency in coaching methods from the under-9s right the way through to the first team.

However, having also helped out with the first team and following the departure of Eric Kinder in the summer, Wayne was promoted to assistant manager.