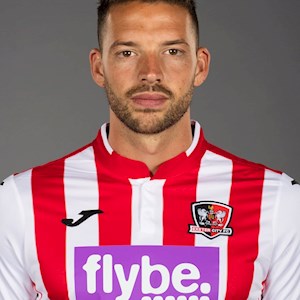 Sponsors: If you would like to sponsor Aaron for the 2019/20 season please contact operations manager Andy Gillard via email andy.gillard@ecfc.co.uk

Aaron Martin was the first new face to come through the door at St James Park in the summer of 2018, arriving following his release from Oxford United.

The central defender brings a great deal of experience to the City backline and has played much of his career within the higher leagues of English football.

As a youngster, Aaron played for non-league side Eastleigh before being picked up by Hampshire giants Southampton in 2009. He spent five years on the books with the Saints, making 29 appearances in total, and also had loan spells with the likes of Salisbury City, Crystal Palace and Coventry City.

A brief spell with Birmingham City followed in 2014 before he made his first move to the Westcountry to join, then League One side, Yeovil Town. Aaron didn’t remain at Huish Park for long though as he found himself on loan at Coventry City before the move was made permanent in 2015. The 2015/16 season saw him amass 32 appearances for the Sky Blues as he also found the net against Oldham Athletic and Shrewsbury Town.

He then made the move to Oxford United in 2016 on a two-year deal and after making a promising start to his career at the Kassam Stadium. He was then hit by a big injury as he ruptured his achilles tendon which ruled him out for the remainder of the campaign.

After a long road to recovery, Aaron made 19 appearances for Oxford last season before departing for the Grecians.

In his debut season, Aaron turned out 27 times for the club and found the net on three occasions. His first goal for the club came in City's 5-1 win over Notts County at St James Park.

💬 Aaron Martin: "We have had a good Christmas period we just need to keep that going now."


Exeter City defender Aaron Martin says that there is a hunger amongst the players to build on a good Christmas period ahead of their match with Cambridge United on Saturday. 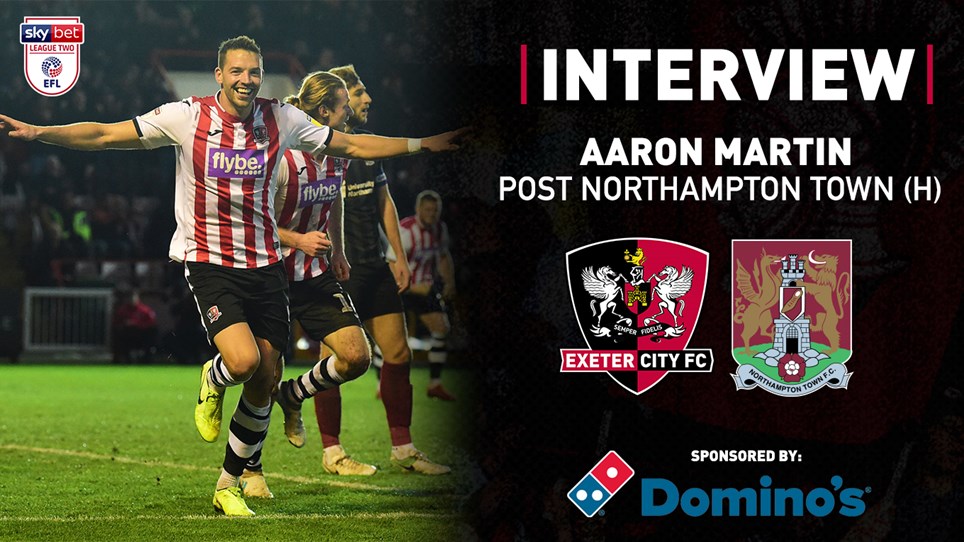 
Exeter City’s Aaron Martin was delighted to score in front of the Thatchers’ Big Bank with a vital goal as the Grecians came from behind to beat Northampton Town 3-2 at St James Park.


A rapid second-half riposte with goals from Aaron Martin and Alex Fisher saw Exeter City come from behind to beat Northampton Town 3-2 at St James Park on Saturday afternoon. 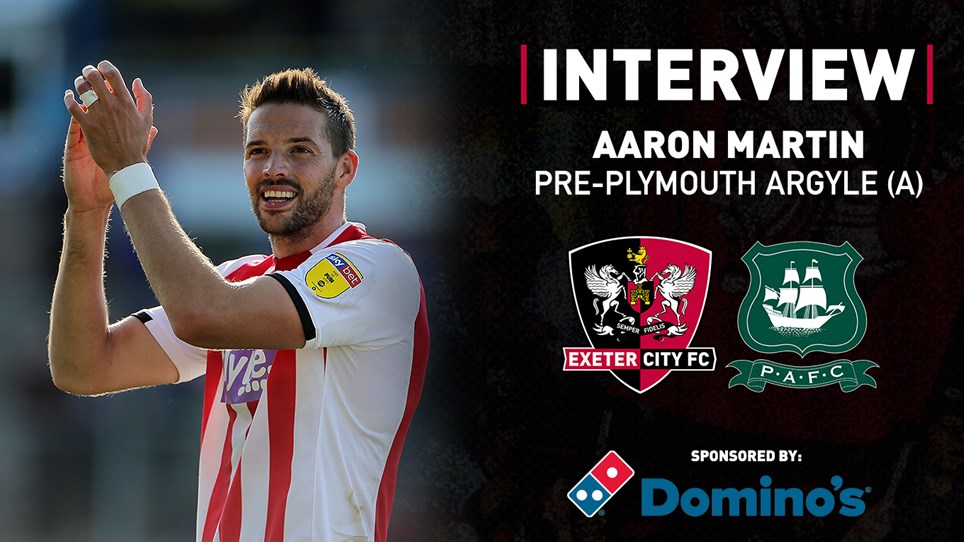 💬 Aaron Martin: “As long as we can come away with the win it will be a good day.”


Exeter City defender Aaron Martin says the Grecians are ready for the battle against Plymouth as the side look to return to winning ways this Saturday in Sky Bet League Two.