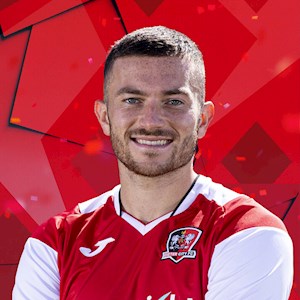 If you would like to sponsor Lewis for the 2020/21 season please contact Matt Kimberley from our commercial team via email matt.kimberley@ecfc.co.uk.

Left-back Lewis Page signed for the Grecians on September 1, 2020 after a successful trial with the club.

Page impressed boss Matt Taylor and joins the club as a free agent after leaving Charlton Athletic at the end of last season.

The 24-year old came through the youth academy at West Ham United and made his first team debut in the Europa League in 2015 against Andorran side Lusitanos, before featuring in their defeat to Astra Giurgiu in the next round.

Page has played at St James Park before, having featured for the Hammers’ under-21 side in a youth fixture against City in a game where he came up against Ollie Watkins.

Following loan spells at Cambridge United and Coventry City, Page joined Charlton in 2017 and made 27 appearances for the South Londoners. He scored his only league goal to date – a stunning 30-yard strike - against Plymouth Argyle in 2018. He will wear the number 20 shirt.