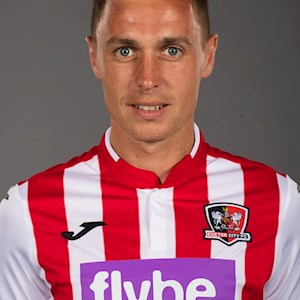 Sponsors: If you would like to sponsor Jordan for the 2019/20 season please contact operations manager Andy Gillard via email andy.gillard@ecfc.co.uk

Jordan moved to St James Park in the summer of 2012. He made his first-team debut for City as they won 2-0 away at Hartlepool United on the final day of the 2013/14 season.

He started that game in defence, marking former Premier League striker Marlon Harewood. However, as his City career progresses Tilly has found himself being deployed as a defensive midfielder.

His crunching tackles in the centre of the park earned him plenty of praise from supporters. His breakthrough season came in the 2015/16 campaign as he made 32 appearances for the first team and netted two goals, including a vital opening goal as the Grecians beat League One side Port Vale in the FA Cup to set up a money-spinning tie against Liverpool.

Jordan made four appearances for the Grecians in August 2016, before suffering a fractured ankle forced him to miss the next three months of the season.

However, he still managed to play a crucial role in City’s promotion hunt as he came back into the side as City went on 12-game unbeaten run in the winter and helped them qualify for the Sky Bet League Two play-off final.

Last season, Tilly was a crucial member of the City team, making 44 appearances in central midfield as the Grecians made it to the League Two play-off final for the second season in succession.

Jordan turned out 25 times for the Grecians in the 2018/19 season before sealing a loan move to fellow League Two side Cheltenham Town until the end of the campaign.

💬 Jordan Tillson: "They were three soft goals, but we have got to just bounce back."


Jordan Tillson was quick to put today’s defeat to Blackpool behind saying that the team is focused on putting things right this week when they face Bristol Rovers at home in the Checkatrade.com Trophy... 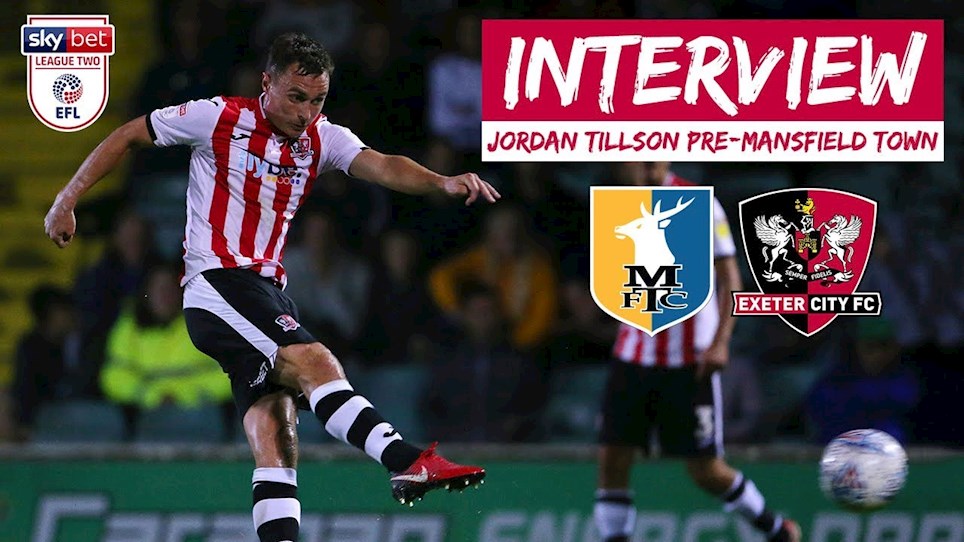 💬 Jordan Tillson: "It is going to be a new experience. I am looking forward to it."


Jordan Tillson says he is looking forward to the test at Mansfield Town on Saturday having never taken to the field at the One Call Stadium. 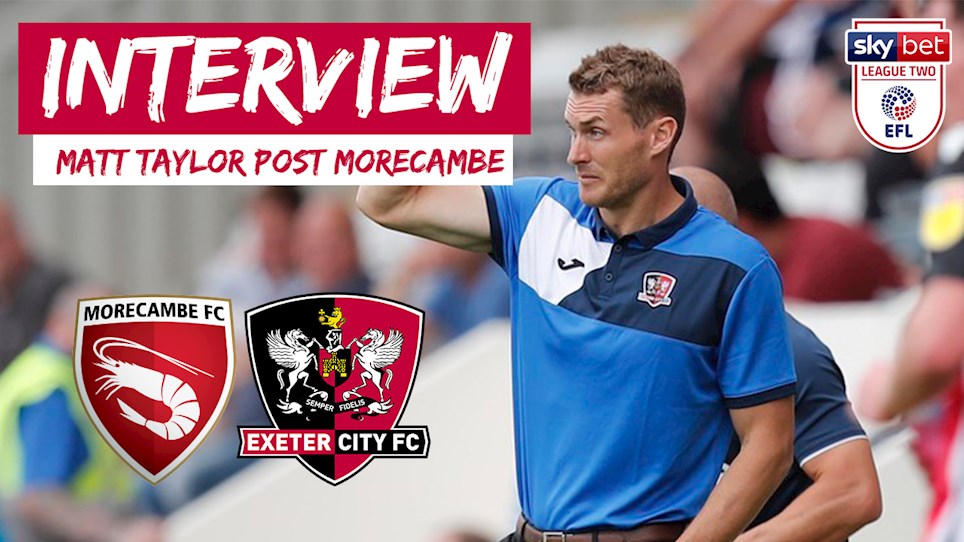 💬 MATT TAYLOR: "We have got a lot more in locker."


Manager Matt Taylor said he was pleased with the three points Exeter City picked up away at Morecambe but added that his side did not play at their best.