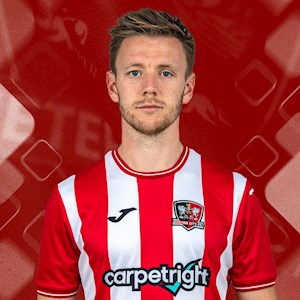 If you would like to sponsor MJ for the 2022/23 season please contact the Commercial Team via email commercial@ecfc.co.uk.

Matt made his first team debut in the Football League Trophy over Wycombe Wanderers in 2013 at the age of 17.

The striker, known for his great technical ability and quick feet, has had two successful loan spells at Hayes & Yeading and Truro City. His first goal for City came in the EFL Trophy in August 2016 as he fired home a first-time shot against Oxford United at the Kassam Stadium.

Matt continued his development as he netted his first league goal against Cambridge United in the 2017/18 season, and he managed to find the net four times in the 2018/19 campaign - three of which were contenders for goal of the season.

He has been handed the captaincy by Matt Taylor for the 2021/22 season. 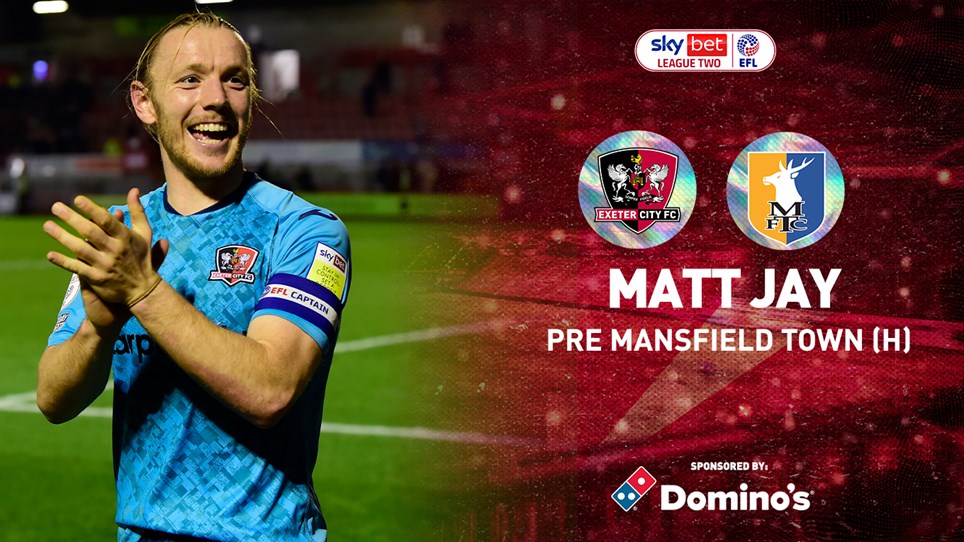 
Matt Jay has praised the leadership within the squad going into Saturday's fixture with Mansfield Town. 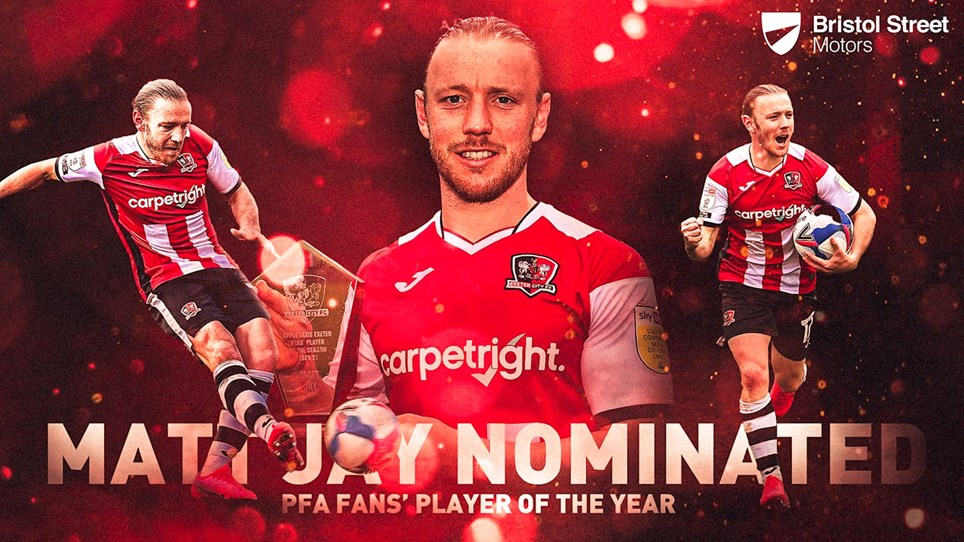 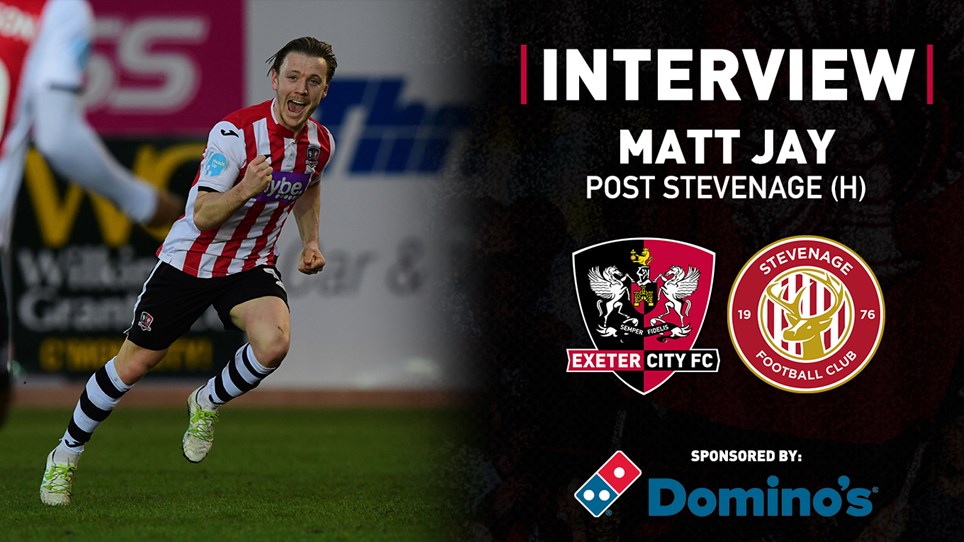 💬 Matt Jay: "The fans were really good, it was nice to hear them sing my name."


Exeter City player Matt Jay said that he was delighted to hear the City faithful sing his name, as he bagged the winner in the Grecians’ 2-1 win over Stevenage on Saturday.