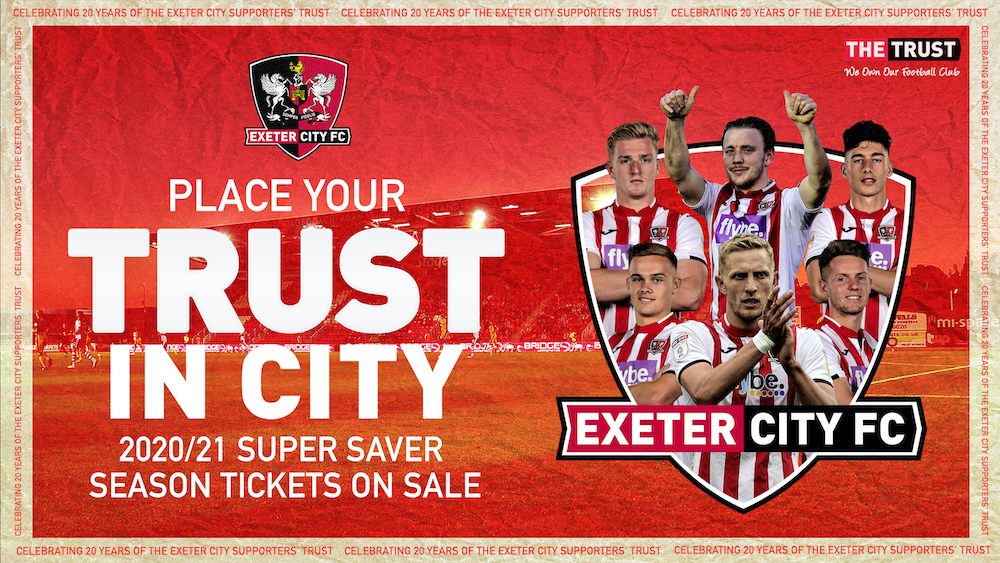 Super Saver season tickets are on sale until 5pm on Wednesday, July 1 and represent the best value for watching the Grecians in the 20/21 season.

Instalment plans will be available when season tickets are on saver price. Full details will follow soon on this.