Having made his debut away at Goodison Park in May 1995 and played more than 300 games in the Premier League, Matt Oakley is a player who has plenty of experience at the top level of English football.

He has played at Wembley in an FA Cup final and battled with a golden generation of midfielders that includes the likes of Patrick Viera, Roy Keane and Paul Scholes. He has also had 23 different managers during his football career including two former England bosses in Glenn Hoddle and Sven-Goran Eriksson and a World Cup winner in Alan Ball.

So having racked up his 600th League appearance against Colchester United on Saturday, Exeter City must seem like a far cry from where it all began?

“Yes, but I’ve loved it,” smiled Matt, who has spent the last five-and-a-bit seasons playing for just the one boss in Paul Tisdale. 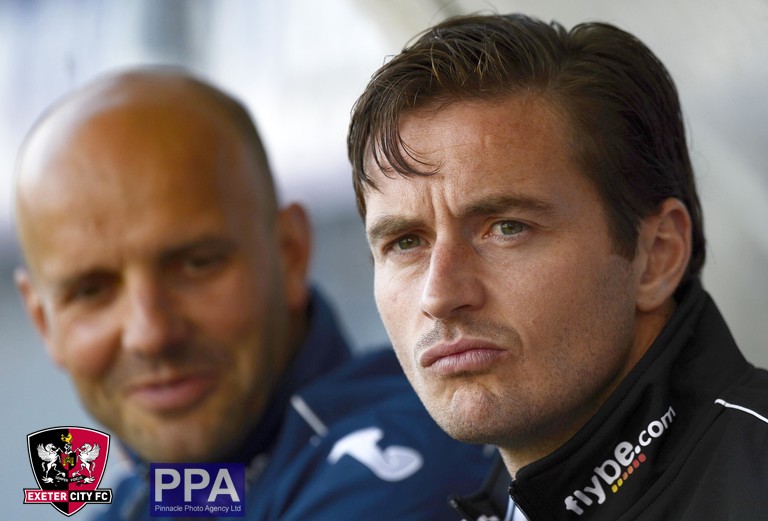 “It is a fantastic club that is run completely different to any other. That is credit to the chairman Julian (Tagg), Paul (Tisdale) and director of football Steve (Perryman) in how they have set it up and the way they bring on young players.”

That patience with managers and young players is something that has perhaps been lost in the higher leagues, since Matt made his debut as a 17-year-old at Southampton. However, it is a footballing philosophy he admires and a quality that first attracted him to St James Park and kept him here into his late 30s.

“As you can see now we have got a 15-year-old (Ethan Ampadu) playing in our team and you wouldn’t see that at any other club,” explained Matt.

“They would wait and wait and wait until he was in a position to get in the first team. However, Paul wants him to learn as fast as he can. He’ll look after him and we will build him in slowly but it is about getting that experience and being able to learn from your mistakes.” 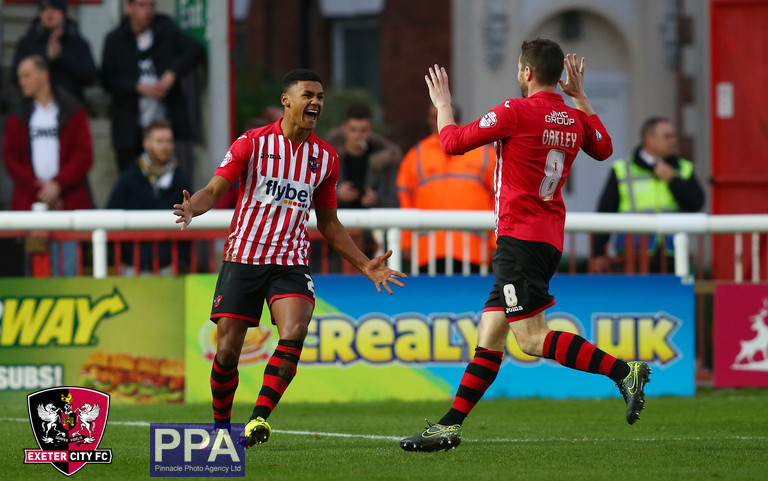 Matt has also been at club’s where the patience and long-term vision of those in charge has not been what it should be. Arguably, Matt’s biggest achievement in his career was captaining a Derby County’s side, tipped to struggle in the Championship in the 2006/07 season, to a play-off final victory and promotion to the Premier League. However, having risen too high, too quickly, it is a stage of his career he looks back on with a hint of disappointment at some of the promises that were broken.

“The Derby team was unique at that point of being a very tight, tight group,” he said. “We got up through the play-offs, we went to Wembley and I lifted the trophy.

“However, I got sold very quickly after that when the board changed the manager and I went to Leicester and then found myself in League One in the space of 12 months.

“Derby sold me a really big dream when Billy Davies was there. I was really close to Billy. He was explaining what was happening with the club and they were talking about a three-year plan, but we did it in the first year.

“And everyone says how poor Derby were in the Premier League that season, but we were just building for the Championship as part of that three-year plan. We got promoted in the first year of that and we found ourselves up against the likes of Manchester United and Arsenal with a weakened Championship team.

“We were always going to go down and unfortunately the board changed the plan. There was a new influx of players and I just didn’t want to be part of that. I didn’t see where the club was going, so I left and went to Leicester.” 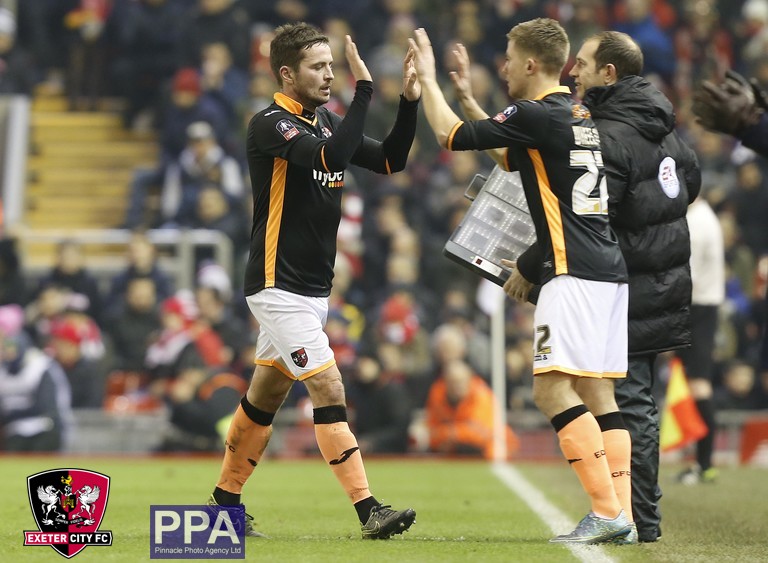 His first spell in the Premier League was a lot more successful though and, having impressed in Southampton’s midfield, he was on the verge of breaking into the England team before injury hit.

“I was playing really well at the time and there had been a lot of talk about England,” recalled Matt. “And that was the golden era of midfield players in the Premier League. There were players like Paul Scholes, David Beckham, Nicky Butt and Steven Gerrard who you could mention.

“Then, out of the blue, I landed and went to turn and the next thing I felt a pop in my knee and two years later I was trying to find myself back playing. It was disappointing really, because I felt I was really fulfilling what I was going to do.”

Matt also only had one losing FA Cup final medal to show for his time at Southampton, but the way the club built their way to being a stable Premier League side is something he looks back on with pride.

“I started playing regularly at a time when the foreign players were coming in, but we had strong British and Irish core to our team with people like Jason Dodd, Francis Benali, Matt Le Tissier, Jim Magilton and Dave Beasant,” he said.

“There were some big, big characters there and then we had the foreign lads coming in. So we had the likes of Claus Lundekvam, Egil Østenstad, Eyal Berkovic and Anders Svensson. We had the games where we beat Manchester United 6-3 and the other game where Manchester United blamed their kit, which were good memories.

“We had four years where it was touch and go and Matt Le Tissier carried us with his goals, but then there was the transfer of a bit more of quality. The change of the stadium, from the Dell, attracted more investment and the team got stronger. Then we had Theo Walcott, Wayne Bridge and Gareth Bale coming through. You started seeing the club evolve.” 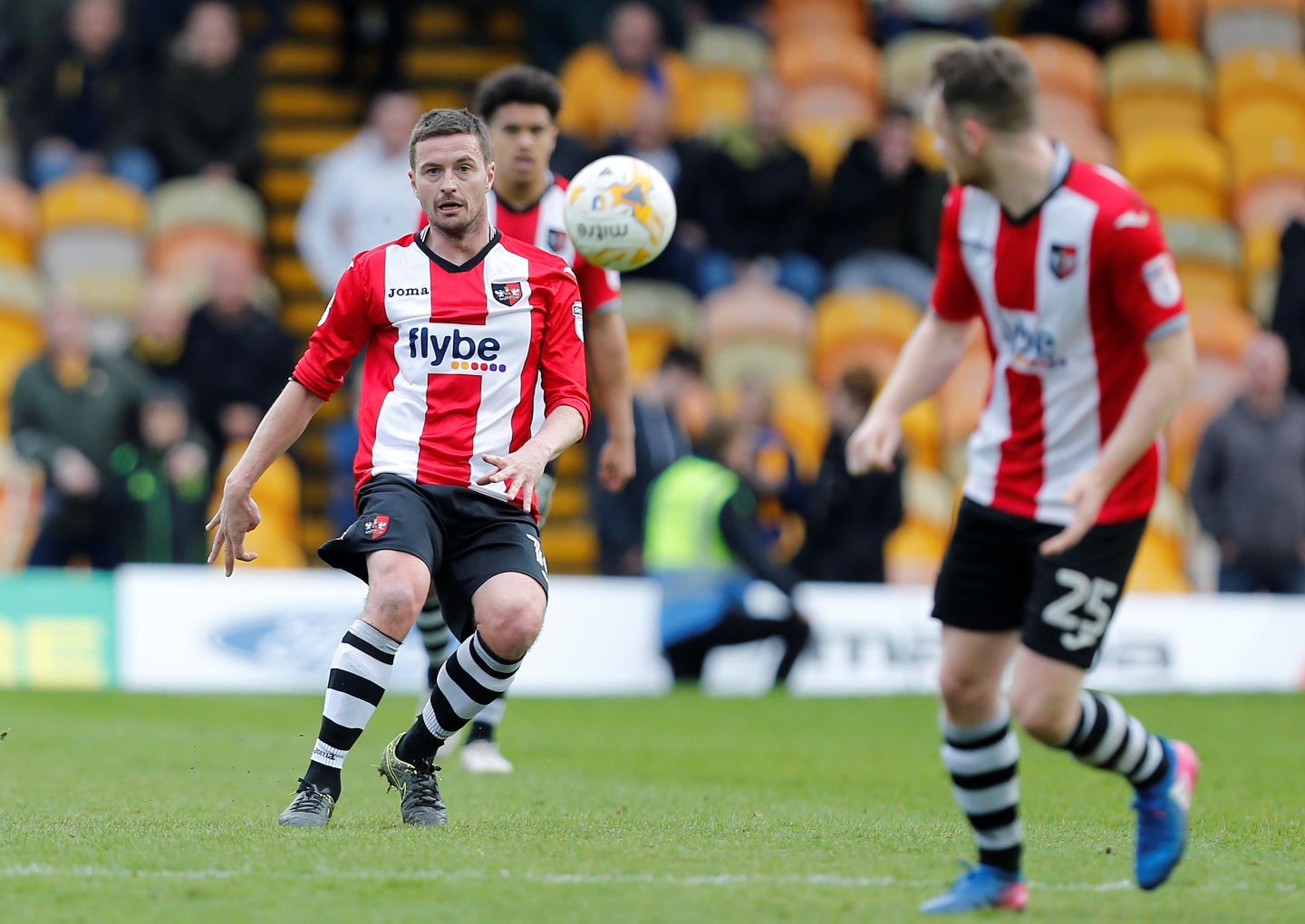 That patient approach and building of success by not letting the emotions of football trick you into making bad decisions is something Matt puts the longevity of his career down to.

“I always had the mindset of playing games,” he said. “I wanted to play the next game and I never really got elevated whether we won or lost. I sort of stayed in the middle zone. If we won, I wouldn’t go over the top. I wouldn’t have thought I had made it. And if we got beat I wouldn’t get too down. It is a game at the end of the day and you have got to get out and play again. So, I had that knack of staying in that middle zone and obviously fitness helps. My body was always able to play games. So my advice to any young player would be to enjoy playing and work on prevention of injuries and keeping yourself fit.”