Five individual commemorative plaques have been added to the WW1 and WW2 memorials at St James Park. This follows new research by the Exeter City History Group which has established that more City players died in the conflicts than previously thought.

The range of places where these former City players lost their lives reminds us of the global nature of the two wars. 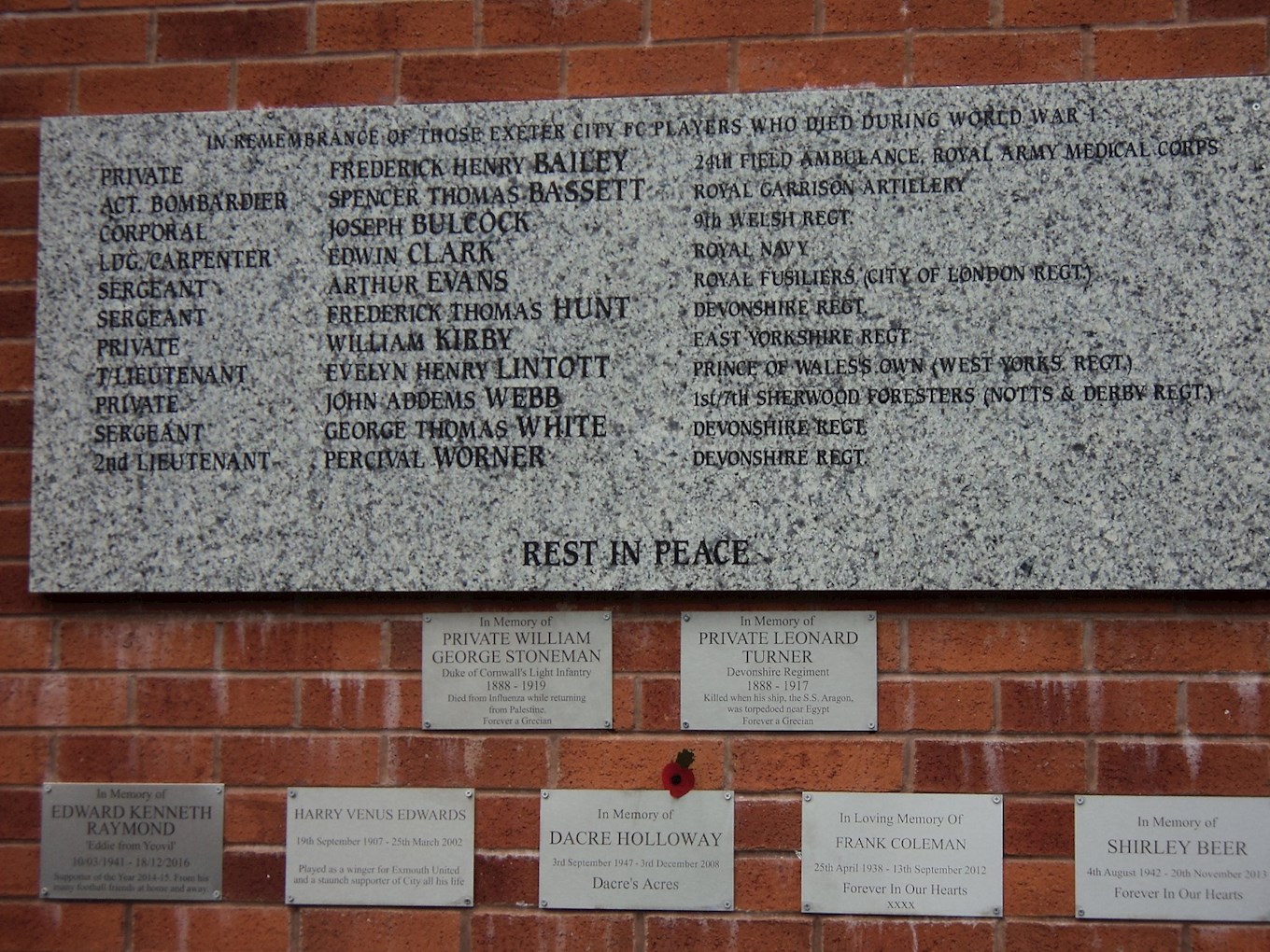 Exeter-born, Privates William Stoneman and Leonard Turner died in WW1. Stoneman, who fought with the Duke of Cornwall’s Light Infantry, succumbed to influenza after disembarking in Marseille, while on his way back home from Palestine in February 1919. Turner, one of the 4th Devons, was killed when his ship, SS Aragon, was torpedoed near Egypt in December 1917.

Of the three new WW2 plaques, two are for men from Woodbury. Sergeant Hiley Bamsey was killed in Iraq in December 1943, while serving with the Royal Electrical & Mechanical Engineers. Lance Corporal Maurice Lock, of the Royal Tank Regiment, lost his life in Operation Aintree at Overloon (Netherlands) in September 1944.

Finally, Private Ralph Shields died in the Sandakan POW Camp in North Borneo in November 1944. He’d been with the Australian Army Service Corps. 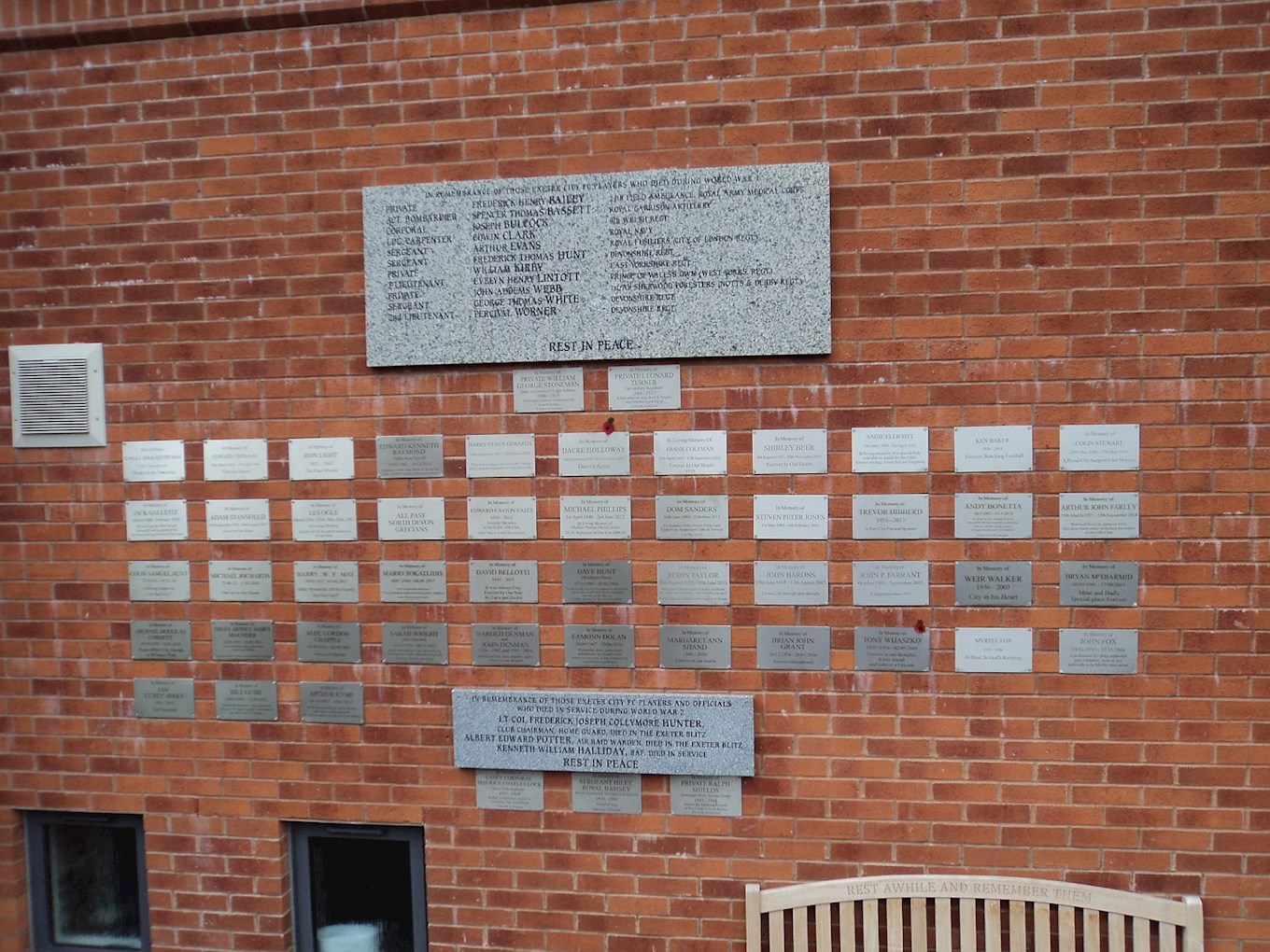