Visitors from Exeter’s twin city of Yaroslavl in Russia had a VIP trip to Exeter City Football club on Saturday.

Joined by representatives of Exeter City Council and the local business community, the guests had a special tour of St James Park and then enjoyed pre-match hospitality and the match against Cambridge United.

The Yaroslavl officials were Aleksandr Skvortsov, advisor of the Mayor of Yaroslavl for development and management of territories and Daina Rashchepkina – consultant of the international relations division of the Yaroslavl City Hall. 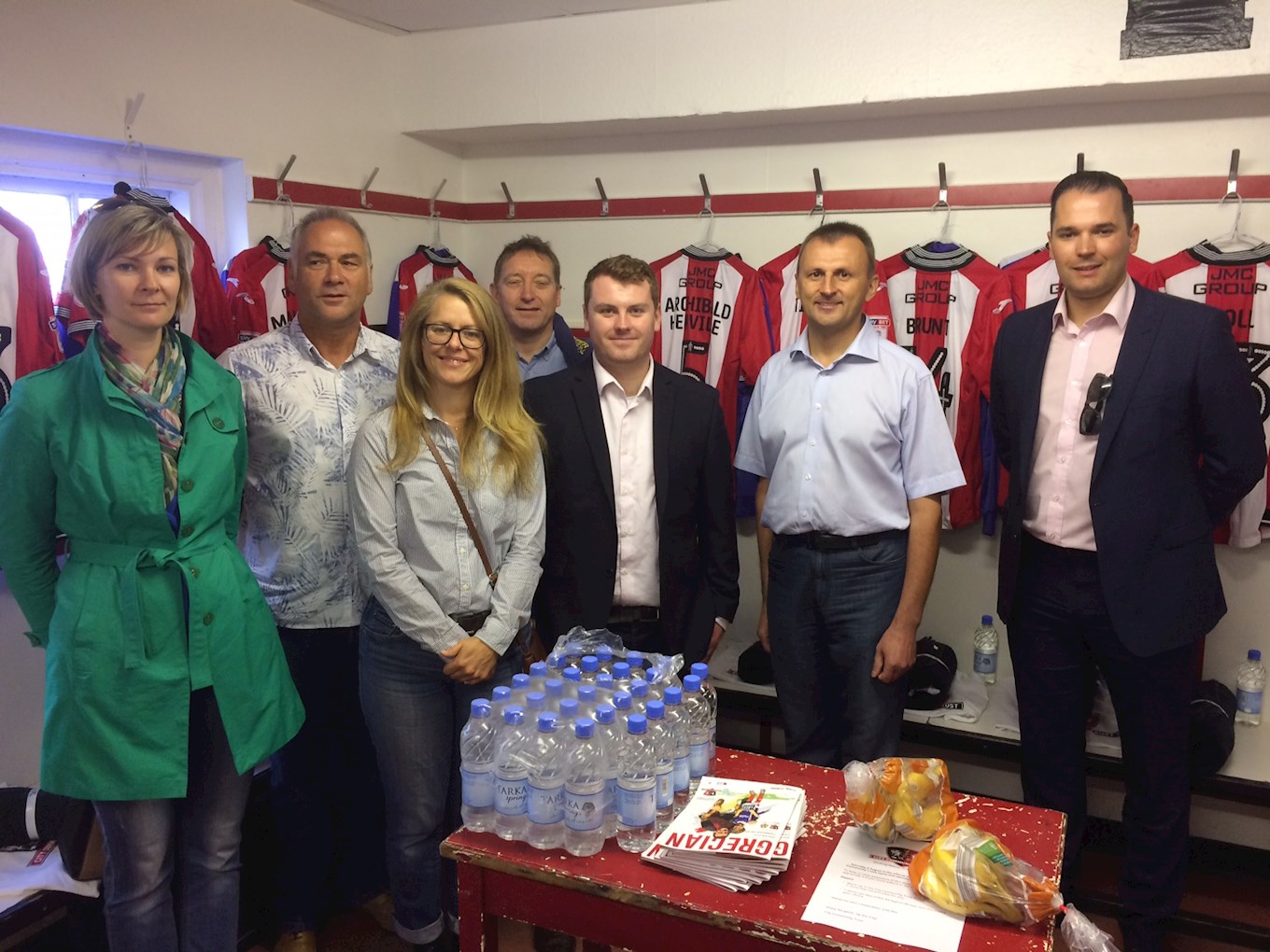 The Russians were particularly interested in our ground redevelopment and enjoyed talking to estates manager Clive Pring about the pitch. They were keen to know if there was undersoil heating – a necessity at Yaroslav’s stadium because of long periods of freezing weather. They also reported that Yaroslavl will be hosting the training camps for two countries at the World Cup in 2018.

After the stadium tour, led by Supporters' Trust chair Martin Weiler, Aleksandr presented the club with gifts from Yaroslav’s Football Club, FC Shinnick, which celebrates its 60th anniversary this year. Martin presented Aleksandr and Daina with copies of the book ‘Have you ever played Brazil’ and Supporters' Trust badges.