Exeter City are currently in discussions with Chelsea over a fee for Ethan Ampadu after the 16-year-old put pen to paper on a deal at Stamford Bridge.

Ethan, who made 13 appearances for City’s first team last season, was free to talk to other clubs having yet to sign scholarship forms at St James Park.

As a result, there is no transfer fee. However, being a product of the Exeter City Academy, and under the age of 24, the Grecians are entitled to compensation and it is hoped that a fee for that can be agreed between Chelsea and Exeter City without the need to go to a tribunal.

Ethan has been attracting plenty of interest from Premier League clubs ever since he made his Football League debut for the Grecians aged just 15, 10 months and 26 days.

That appearance came in a League Cup match against Championship side Brentford, where Ethan picked up the man-of-the-match award and broke a club record for the youngest ever first team appearance which had been held by the legendary Cliff Bastin for 83 years. 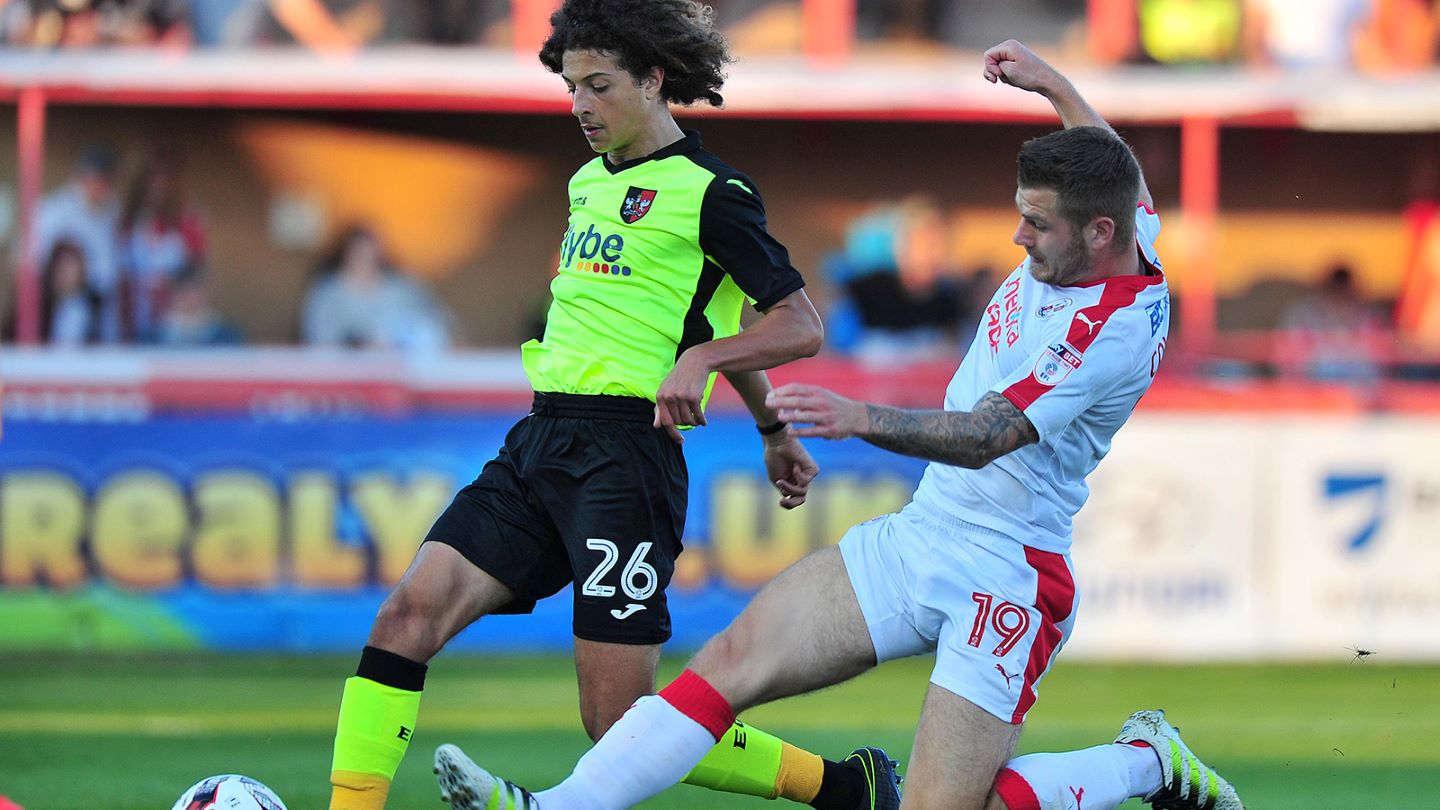 Ethan has also been capped by Wales at under-17 and under-19 level, trained with the Wales squad ahead of Euro 2016 and was named the country’s young player of the year for 2016.

Exeter City manager Paul Tisdale, said: “Everyone at Exeter City fully supports Ethan's decision to sign for Chelsea. He had many options available to him and has decided that Chelsea provides him with the best opportunity to develop the next step of his career. We wish him the very best of luck.

“Ethan has shown real maturity and professionalism throughout last season, balancing his school work with his training at Exeter City. At the same time, he has represented Wales at different age groups. We thank him for his contribution on the pitch and feel very proud of what he has become. Our academy should again be mentioned for the excellent work it does in not only nurturing talented footballers, but also well-rounded individuals.

“Ethan is another in a long line of home grown players to graduate through our academy into our first team. At Exeter City FC we will continue to support our youth system by encouraging and promoting our young players into competitive senior football when they are ready.”