A profile of the home of Coventry City

Rory Ngah's second ground in the series is: 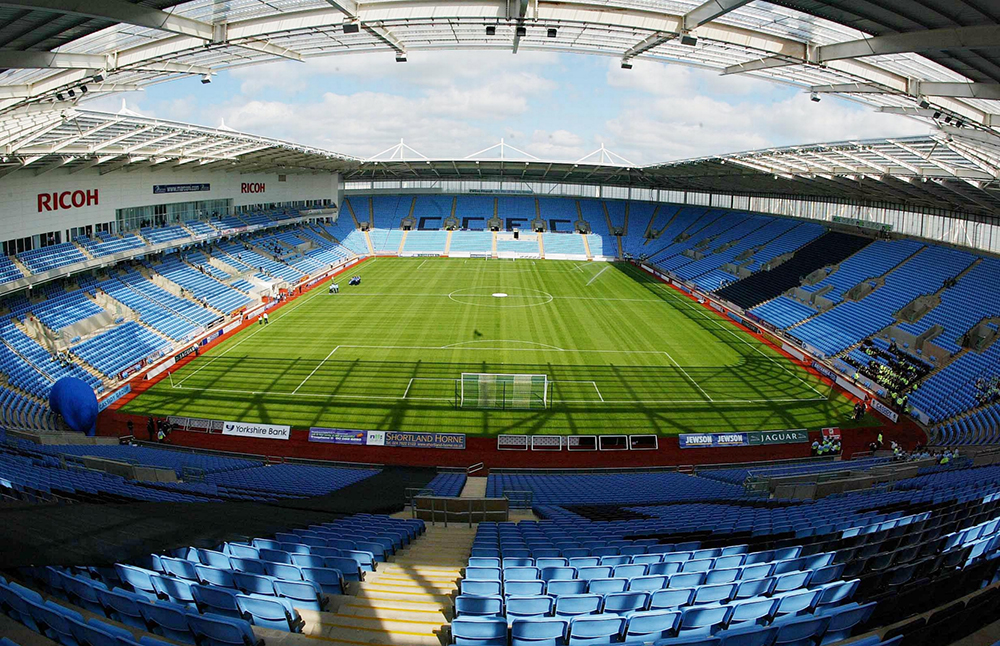 Built to replace the old Highfield Road, the Sky Blue’s home since 1899, the Ricoh Arena opened its doors in August 2005. It is currently shared between City and the Wasps, who compete in Rugby’s Aviva Premiership.

During its short history, it has played host to a number of important events, including the 2011 Women’s FA Cup Final, whilst also helping to stage football fixtures during the 2012 Summer Olympics.

Away fans are often seated at the junction between the South and West stands, an area that can hold an audience of up to 3000.

Top Tip for Travelling Fans: Make Some Noise
A modern, bowl style stadium, the ground was designed with its acoustics in mind. This aids the creation of an excellent atmosphere when the fans of both sides enter full cry. City’s

Last Visit: Coventry City 3-1 Exeter City, 7th October 2014
The two teams last met in October 2014 in the second round of the Johnstone’s Paint Trophy. the Sky Blues eased into a 3-0 lead before the hour mark, courtesy of an Aaron Phillps Brace and an effort from Josh McQuoid. Ollie Watkins grabbed a consolation goal and his first senior strike for Exeter in the 86th minute.