Exeter City Football Club is delighted to announce the appointment of Scott Walker as the club's welfare officer.

We would like to thank Dick for all that he has done for Exeter City for the last 25 years, much as a volunteer. 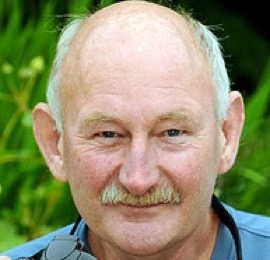 Dick first got involved in football coaching in 1992 when his son’s cub scouts entered a competition and needed a coach. Dick got the job and the team turned out to be quite successful.

Because of their success he was asked to run the school football team at St Andrews School in Cullompton. It was at this stage that he became involved with Exeter City when the then FITC coach, Steve Neville, came to help him.

When Eamonn Dolan took over FITC he was given Dick’s number and invited him to help with the coaching.

When Eamonn moved to the Centre of Excellence he went with him while still coaching for FITC. They spent many evenings at the Royal Marines camp at Lympstone trying to make football players of some of the kids. It is evident from those still playing today that they were successful.

As soon as Eamonn took over as first team manager he asked Dick to help, firstly by giving him the grand title of matchday coordinator which according to Dick was a glorified term for kit man. although he had other responsibilities such as the warm up.

For his first game, the club was in such a mess they had no physio so that job also fell to Dick as he had a Level 2 Certificate in the Treatment and Management of Injuries in Football.

On an away trip to Scarborough the club’s finances were so bad he had to buy the match sports drinks and water for the team and claim it back later. Like so many at the club they just made things work.

Dick has a 100% success rate as first team manager. During the match, Eamonn was sent to the stands, and with Steve Perryman away, he had just over 20 minutes of glory resulted in a 2-1 win.

One of the great highlights of his work with the first team was walking out with the team for the FA cup match against Manchester United at Old Trafford. Those 2 games against United were the catalyst for some much of the fine work done in recent times.

Eventually he moved into coaching. He set up all Exeter City’s Ability Counts teams and was invited to help with the National Blind team.

One of his favourite memories of this time were coming from behind to beat Plymouth Argyle 2-1 in the County Ability Counts Final.

In 2007 one the teams fought through to the National Finals to be held at the David Beckham Academy in London.

“The FA were gracious enough to put us up in a posh London hotel the night before the tournament and I held a briefing prior to us going to lay down the rules of behaviour and explain about the hotel facilities. One of the players said, "They’ve got a pool and we're allowed to use it?" They were amazed and I had great difficulty in getting them out of the pool for the evening meal.”

In the tournament, the following day they reached the semi-finals by winning their group and won through to the final where a very tired Exeter City finally lost to finish runners up.

The team were presented with their medals at half time at a game at the park and the crowd were, as always, very supportive of the players.

After Dick hung up his coaching boots he became the club’s welfare officer, while no longer visible he spent much time behind the scenes carrying out criminal records checks on new staff, attending meetings with the police and social services and dealing with any of the minor issues that have arisen at the club.

Dick has been an invaluable member of the clubs safeguarding team.

“I have enjoyed every moment of my time with this club, from those dark days of relegation to the Nationwide League and near bankruptcy the trust, the directors and the managers that have led this club through a period of great progress and sustainability. Long may the progress continue.”

Like so many at Exeter City who behind the scenes just get on with it.