After a bright start, the young Grecians raced to 3-0 half-time lead, with Ellen Dixon making several impressive runs through the Peterborough defence and converting twice.

The Grecians continued their positive start in the second half, with two quick-fire goals from Lucy Spiller in midfield, and Ella-Mae Evans-Pitts from close range.

City’s second and final game of the day started in a similar fashion, with the Grecians making a positive start and leading Portsmouth 4-0 at the break.

An outstanding performance by Ella-Mae Evans-Pitts secured a hat-trick, with Georgia Read adding to her collection.

The second half witnessed a different Portsmouth team, who regrouped after the break, and came out the stronger team to pull three goals back.

Despite the change in momentum, the young Grecians held strong and confirmed the result with Evans-Pitts finishing off the game with her fourth goal.

Under-12s lead coach, Callum Shipton, said: "It was a great collective performance. The energy displayed in both defence and attack was excellent and each player played their part." 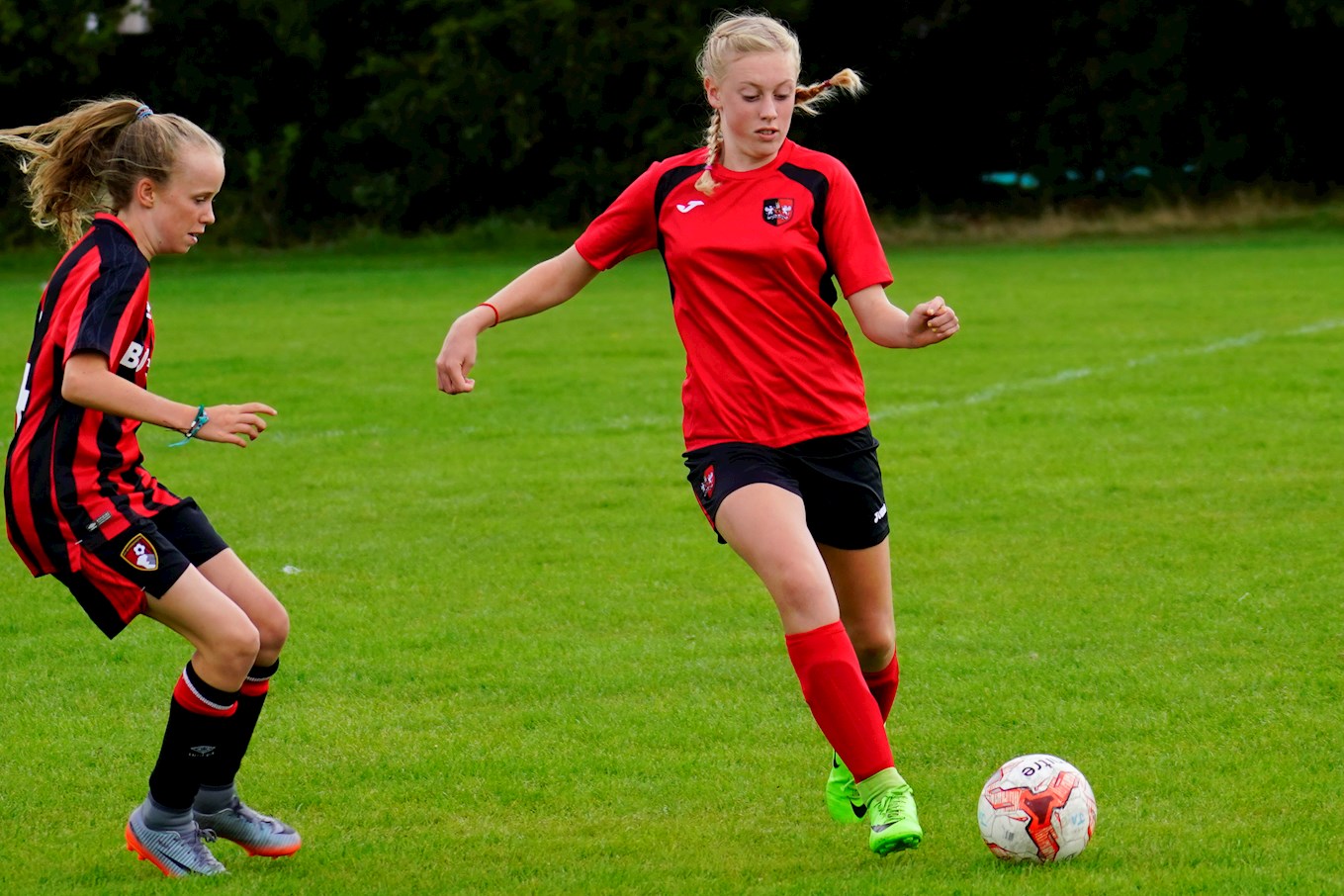 City started the match brightly with good pressure from the midfield, with vice-captain Natasha Harvey picking out a fantastic Katie Grigg run to make it 1-0.

Continued pressure, resulted in Captain Sophie Skilton, unleashing a great strike in the bottom corner, to make it 2-0 to the Grecians.

A dominant first-half performance from the Grecians, saw Peterborough held back to only one scoring opportunity in the first 45 minutes.

Despite the Grecians continuing their positive start, Peterborough pulled a goal back just after the break. But the Grecians held strong, to take the win.

Under-14s lead coach, Jazz Hervin, said: "The character and passion each player showed to wearing the badge and grinding out the win, was brilliant."

With confidence running high, the Grecians were focussed on a second win.

Early pressure, saw Molly Howlett unleashing an unstoppable strike to make it 1-0. Followed by a text-book Dulcie Fraser half-volley into the top corner to make it 2-0.

A solid performance by Emma Hunt in the midfield, was rewarded with a well-deserved goal, scoring from a Holly Dunning cross from just outside the six-yard box.

An outstanding display from Holly Dunning saw her secure an impressive hat-trick, and make sure the result was never in doubt.

The Grecian raced to a two-goal lead after just 5 minutes. Pressure from Captain, Georgie Barbour-Gresham, forced the ball into the path of Ella-Mae Miller, who beat the defence and unleashed a top corner strike.

The second came from Sophie Gilles, with a fantastic solo effort of skill, to make it 2-0.

City extended their lead following a good amount of possession and pressure from the front, to secure a further five goals.

Peterborough pulled a goal back in the late stages, from a corner which the City defence were unable to deal with.

Under-16s lead coach, Abbie Britton said: "The result was never in doubt, and the team showed great professionalism to continue to do the right things, despite the early lead."

City picked up where they left off in the second game, with high pressure from both Sophie Gillies and Daniella Tyson, resulting in an early lead.

Wingers, Jenna Markham and Chloe Parr, caused the Portsmouth defence all sorts of problems, with Gillies guiding a squared pass from Parr into the back on the net.

City’s dominance continued into the second half, securing a further 4 goals and ensuring the result was never in doubt.

In the next round of fixtures, City will host Plymouth Argyle and Swindon Town at the Cliff Hill Training Ground in February.

For more information about the Girls Development Centre, or to register your interest for future trials, please contact women and girls development coordinator, Donna Langdon at donna.langdon@ecfc.co.uk.