THE demolition of Exeter City Football Club’s historic Old Grandstand, which dates back to 1926, started today, with the roof panels of the stand being removed.

The £3.5 million project to develop the stadium, which will offer a vastly enhanced fan experience, improvements to the toilets, refreshments and away-end facilities, are currently on target and due to be completed by late summer 2018.

The redevelopment began in May following more than two years of complex negotiations. Preparation work around the Stagecoach-sponsored stand has taken place in recent weeks, with the removal of the buildings adjacent to the stand, the old floodlight poles, and netting to the right of the stand. The internals have also already been stripped to allow for quick progress with the demolition.

Julian Tagg, Exeter City FC chairman, said: ‘This really is a historic moment for the club and for the thousands of fans who have treasured memories of watching their team from this stand. We are delighted the works are currently on schedule, this development feels like it has been a long time coming.’ 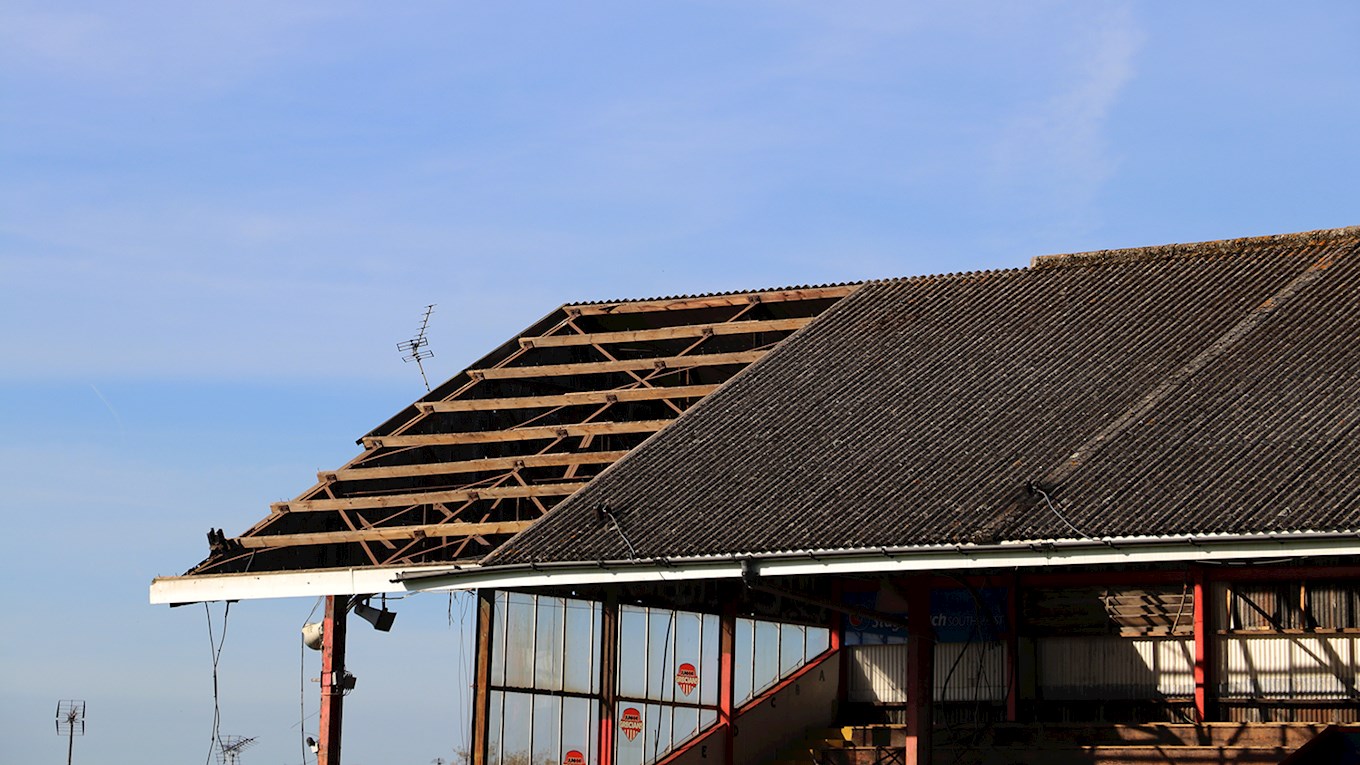 As part of the scheme, new changing rooms have been constructed under the IP Office stand. Replacement toilets and refreshment facilities will be provided for the Big Bank, and the away-end improved, including the purchase of a stand from Barnet FC.

Mr Tagg added: ‘This has been a drawn out and complicated process. But none of it would have been possible without the brilliant unwavering support and backing that the club has received from the city council, the dogged determination of club leads David Lee, Mike Phillips and Justin Quick, alongside Andrew Davis of Yelverton, who has moved mountains to breathe life into this project. The club will be ever grateful to them all.’

Martin Weiler, chair of Exeter City Supporters’ Trust, said: ‘This is a massive step forward for the club which will mean that facilities for both home and away fans will be vastly improved. As a supporter-owned club we are delighted that these enhancements are now going to take place.’