On Saturday Exeter City make the near 600 mile round trip to the Wham Stadium to face in-form league leaders Accrington Stanley.

Stanley go into the match on the back of seven straight wins and are 12 unbeaten in all. They have won all nine of their home matches in 2018 and will prove a tough challenge to a City team that has won four of their last 5 matches.

Accrington are partaking in their 11th consecutive season in League Two this season after returning to the football league in 2006 from a 44 year absence. Known to fans as 'the club that wouldn't die', Accrington have had more than their fair share of ups and downs over the years. 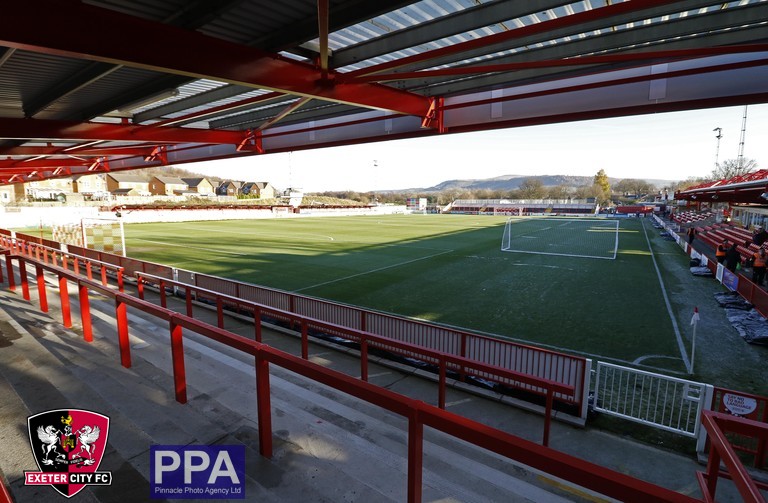 In 1962, Accrington Stanley FC having to resign their position from the football league midway through the season due to financial difficulties, ending the league status that the club had boasted since 1921. Accrington was disbanded in 1966, going into liquidation, before eventually being reformed as the Accrington Stanley we know today in 1968.

Currently in his second spell in charge of Stanley, manager John Coleman holds the record for being their longest serving boss from his time with the club between 1999 and 2012, being the third longest serving manager in the football league at the time behind only Sir Alex Ferguson and Arsene Wenger.

Last season, Stanley finished the league in 13th positon, despite an impressive 15 game unbeaten run between February and April which made them surprise, late play-off contenders.

This season, Accrington have seen a rise in their fortunes, currently sitting top of Sky Bet League Two after playing 39 matches. Stanley have a 3 point lead over Luton Town and two games in hand, and will be looking to confirm their promotion to League One soon.

Coleman has built a stable squad since his return to Stanley in 2014, the headline signing being Billy Kee from Scunthorpe in 2015. The prolific striker has scored 23 goals so far this season and looks to be firing Stanley to League One.

Accrington are on a run of seven straight wins and are 12 unbeaten in all. They have won all nine of their home matches in 2018. 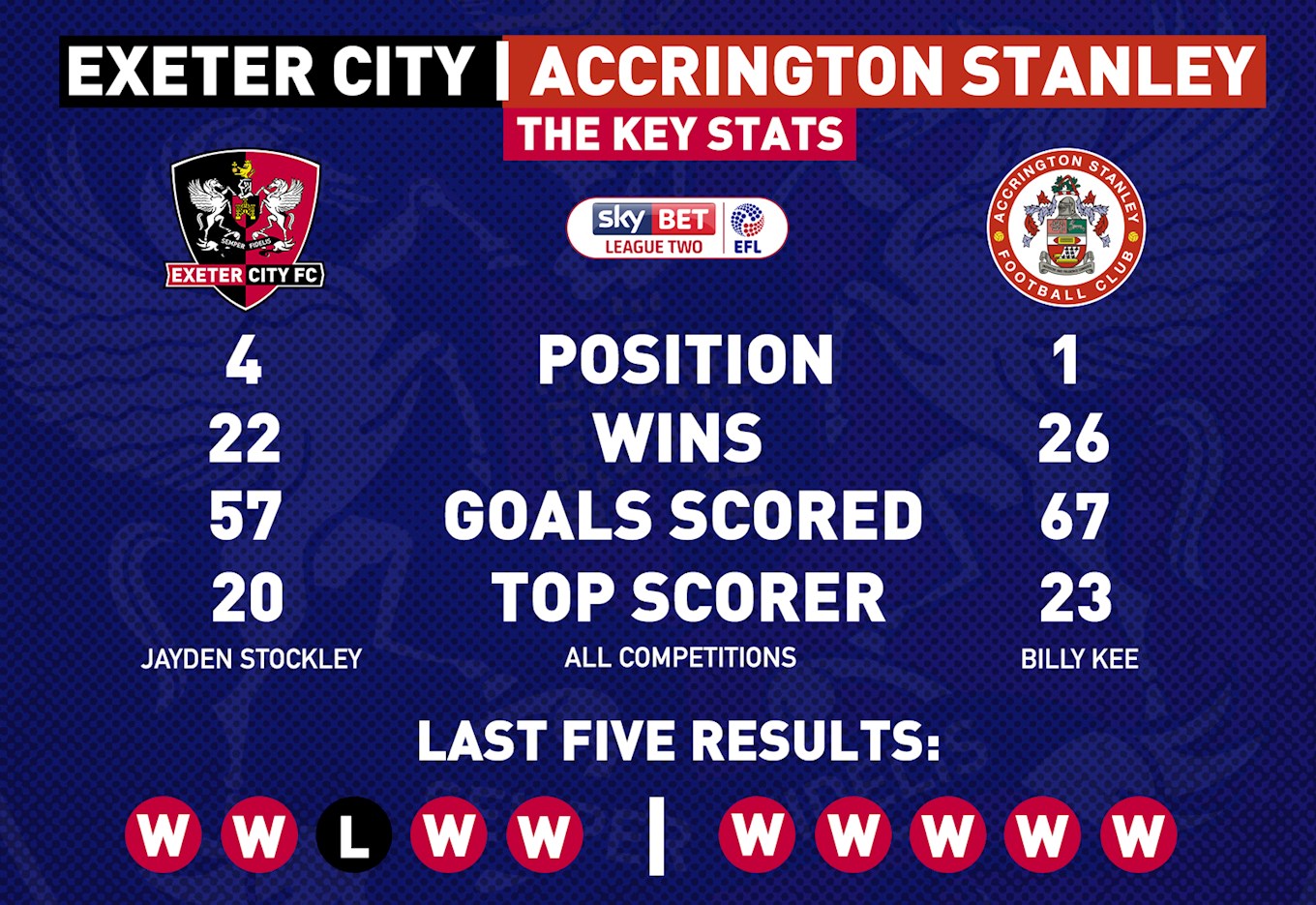 Billy Kee
Danger man Billy Kee is the obvious goal scoring threat with 23 goals and 9 assists to his name already this season. Having already had a couple of loan spells at Accrington, Billy signed permanently in May 2015 and has scored well over 50 goals for Stanley. 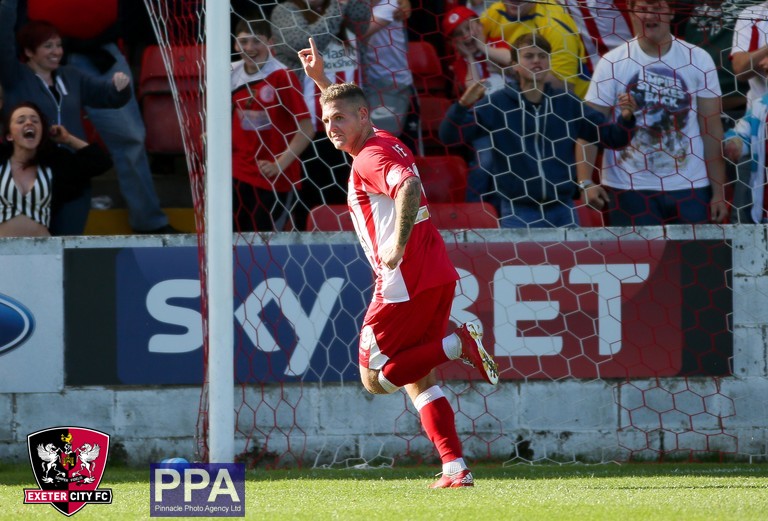 Kayden Jackson
Young forward Kayden Jackson is a clinical striker who has scored 14 goals and provided 7 assists in his first season for the club. 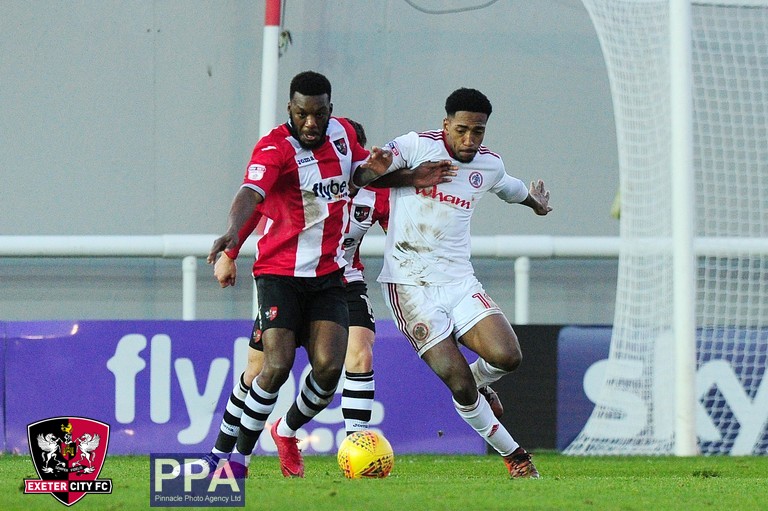 Aaron Chapman
Accrington have been able to match their strength up top with a solid defence, conceding just 40 times so far this season, the joint best record with Coventry City. Crucial to this form is Goalkeeper Aaron Chapman. At a staggering 6ft8, Chapman commands his goalmouth with some presence having worked his way up to League 2 having starting his career at non-league Belper Town. 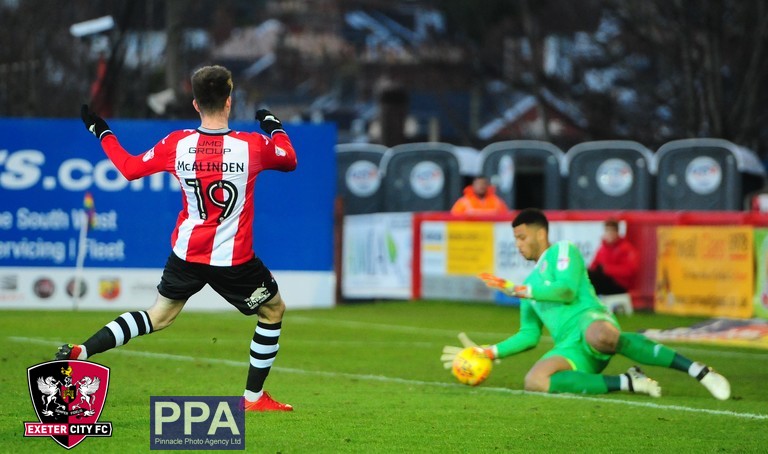 The Grecians have already faced Accrington at St James Park. Goals either side of half time from Hiram Boateng and Pierce Sweeney were enough for the Grecians to take victory over a battling Accrington side.

When City traveled to the Wham Stadium last season, they would pick up their first points of the campaign at the fourth time of asking. Ryan Harley's superb 25 yard strike and Jake Taylor's volley after ex-city man Aarron Davies had equalised for Stanley gave the Grecians all three points.