Great progress continues to be made on the £3.5 million stadium redevelopment at Exeter City.

The scaffolding is currently being removed from the new Stagecoach stand, revealing the huge club crest on the back of the stand, which was paid for by the club’s Grecian Goal fundraising initiative. The roof and cladding are also near completion. 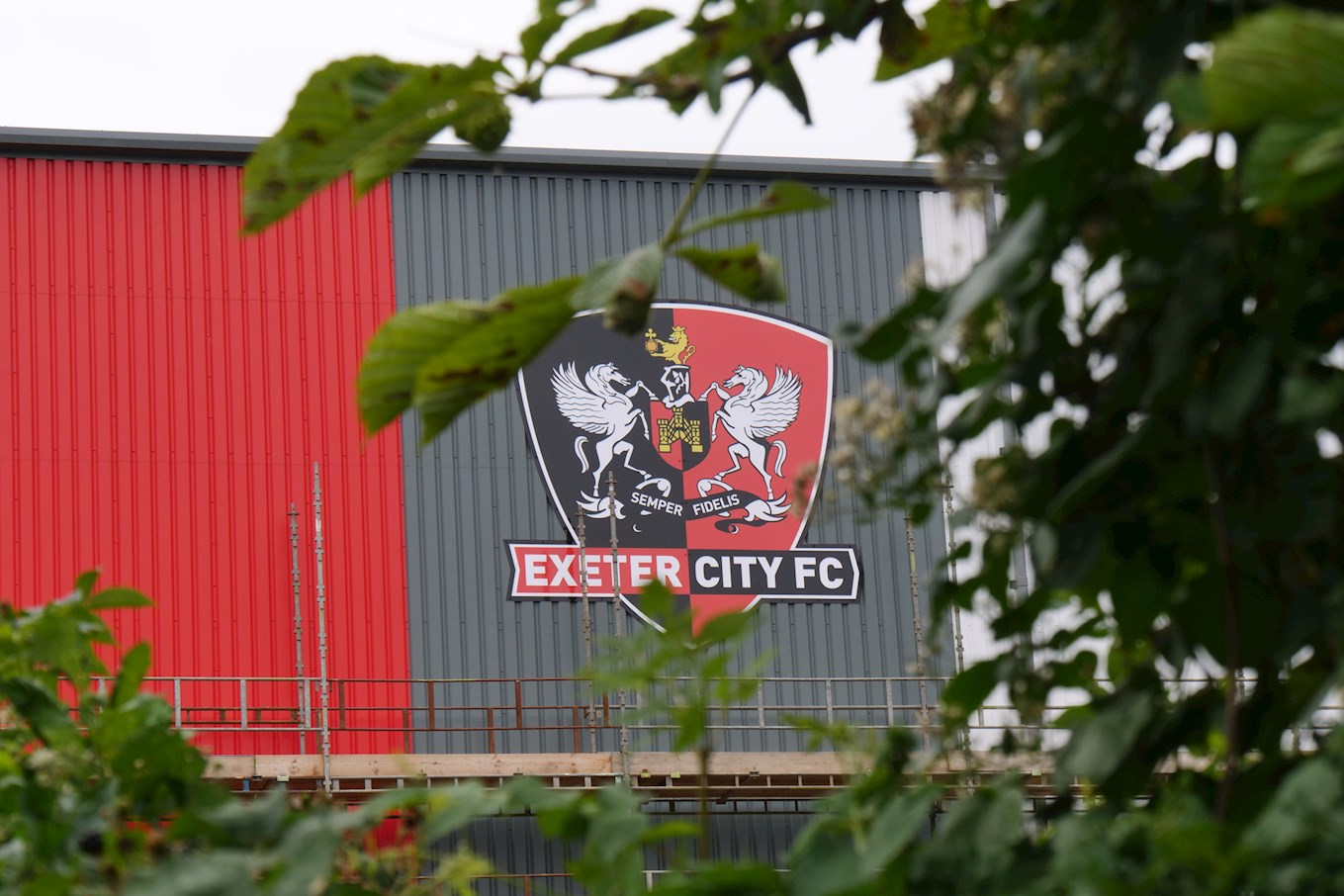 Fans at the first match of the season on Saturday saw for themselves how the development has progressed.

As part of the works, the control cabin and first aid room have been moved into their permanent position. The block work to the Undercroft is ongoing, as well as the painting of the steelwork under the stand with fireproof paint.

Other work this month includes:

Due to the ongoing works, the capacity of the Big Bank for the first match of the season had to be reduced by 1,320 in order to comply with the regulations laid down by SAG – the organisation responsible for safety at football grounds.

During the next stage the rear cladding and roof will be completed, the scaffold taken down and the remaining seats installed. 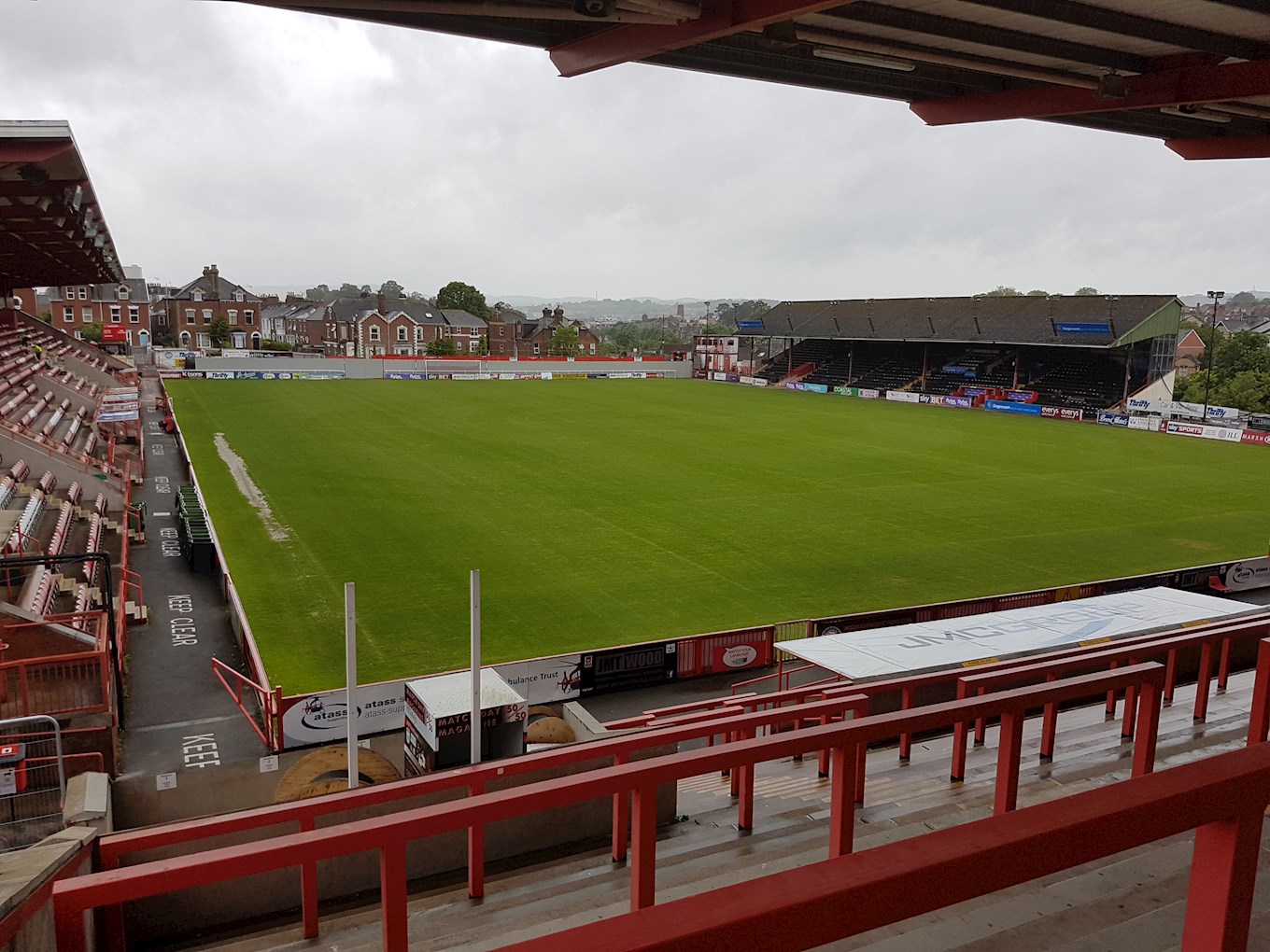 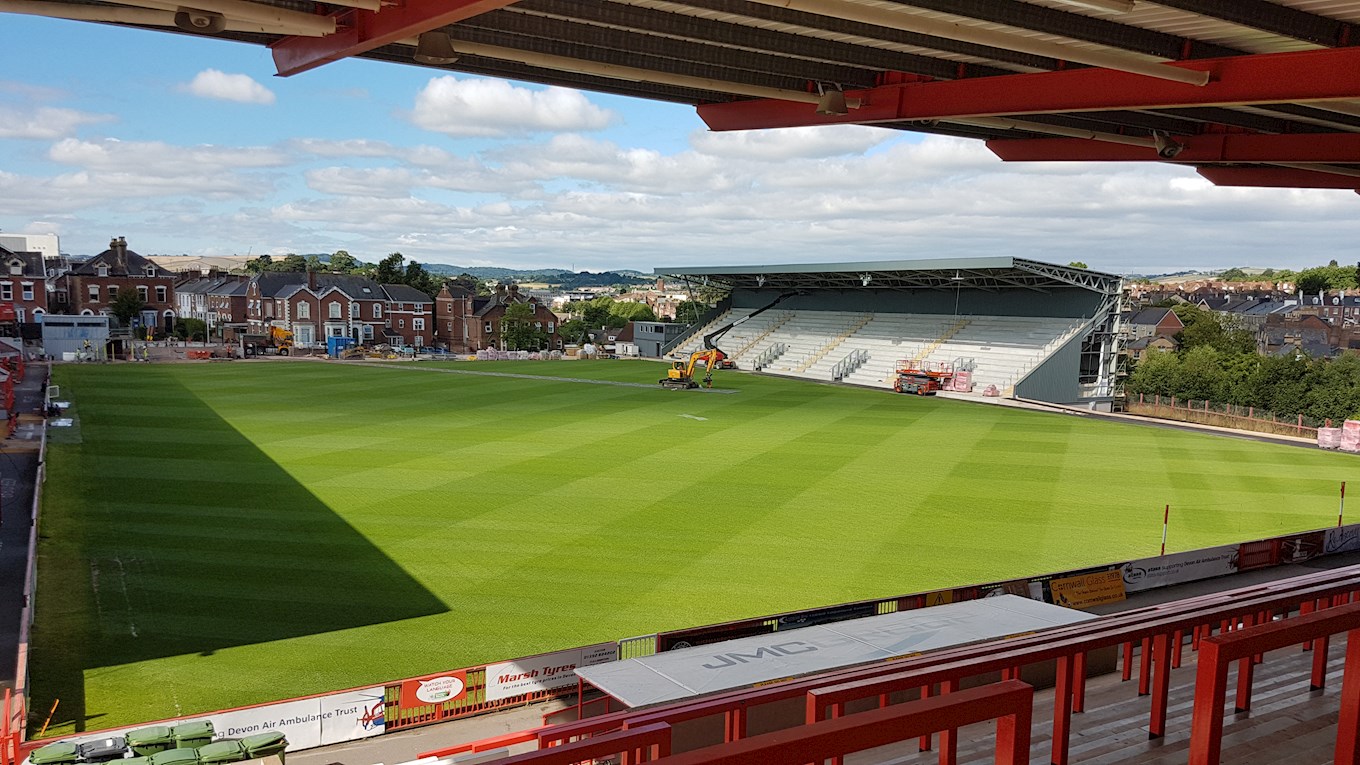 A before and after view of the new stagecoach stand

The erection of the away stand is currently scheduled to start in the middle of August, with the plan being to complete the section from the control cabin to the gap by the access gates first.

The development remains on target for the main works to be completed by the end of the first week in October. If this target date is met, there will be a phased opening programme over the October fixtures as the club undertakes the remaining fit out works.

Details will be announced as soon the dates can be confirmed.