There won't be many goals that will eclipse Lee Martin's stunner over Crewe Alexandra at St James Park this season.

City’s new number 7 gave a glimpse of what he has to offer at St James Park against Crewe that day, a highlight of what has been, in his words, a “tough” start to life at Exeter City.

Irregular selection had seen the former Manchester United midfielder struggle to make his mark in the way he’d have liked since signing for the club, and with being away from his family, including a new born child, Lee would openly admit it’s been difficult at times.

But things in life, and in football, can change very quickly and with his family now living in Devon the midfielder is in a happier place, and how did that show when he unleashed an effort worthy of winning any football match. 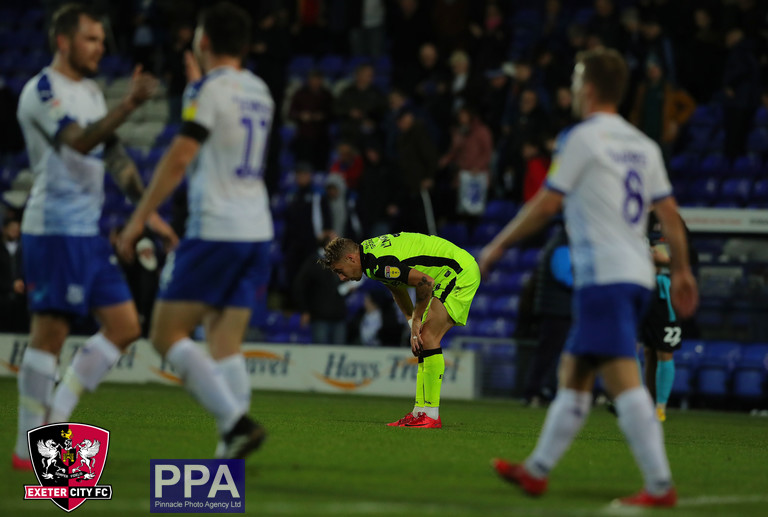 The midfielder says it has been tough at times in his early days at City but is looking forward to the rest of the campaign.

“Obviously it’s lovely to get off the mark, the three points is the most important thing for us. We’ve had it tough of late, so I think the three points was massive," explained Lee on the win over David Artell’s side.

“If you speak to any person, you don’t want to be away from your family, it was tough. When they did move down it was a relief and there was a lot of travelling involved as well because I was having to go back forth to see the boys and my wife. It’s a lot easier now and I’m in a better place.”

Having come through the ranks in a competitive environment that is the Manchester United youth team, Lee has the experience to know that with hard work and focus those bad times will often turn around.

He continued: “If I was a little bit younger, I would’ve been really frustrated. Of course, I was a bit frustrated because if you didn’t want to play football then you’d be in the wrong job, it’s your bread and butter.

“It was disappointing at the start because I was waiting, and the boys were doing well, and I picked up a bad injury which was a stupid one really which set me back. But if you keep your head down and work hard then the harder you work the luckier you become.”

Lee played 39 times for League One Gillingham last season, netting six times for the club as captain in a central role. The midfielder, this year, has been asked to play wide at times so far this season, but has been deployed back in the middle of late, which is a position that the 31-year-old believes he can flourish in. 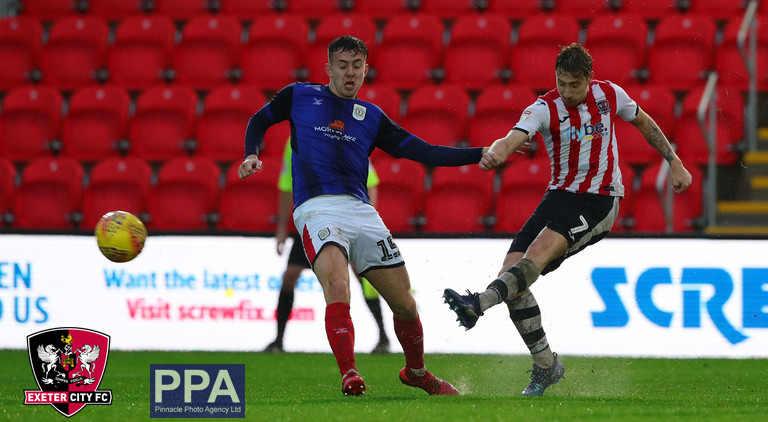 “For me it’s just playing and playing more centrally where I feel I can affect the game better, so that’s important for me,” said Lee. “I need to take it game by game, it’s football and there’s lots of downs followed by the ups so it’s important you stay grounded.”

Upon signing for the club back in the summer, Lee explained that a role for him within the dressing room could well see him help out some of the younger players in the City dressing room. And having played at the likes of Manchester United, Ipswich Town and Millwall, it’s fair to say that Lee has had his fair share of experiences under some big names within the game.

“It was a good experience (at Manchester United), it was tough because you were all vying for that place with fantastic footballers but that’s ultimately part of being up there. I enjoyed it and learned a lot.

“He was brilliant at man management (Sir Alex Ferguson), he knew everyone’s name from the first team right the way down to the under-8s and he took a real interest in making it a family place. I thought that was fantastic because he was a legend and had time for everyone.

“Archie (Collins) has come in and played well. I get on really well with him, he’s a lovely kid who has a massive future in the game. I try and give my experience, if they listen then they can listen but I’m not going to ram it down their throats.

“It’s been difficult because I’ve been trying to get into the team first and it’s always hard when you feel like you’re not in a place to say certain stuff. Last year I was a starter and it was easier for me to get my point across and help people out. It’s been difficult to try and be in a place where my words can mean something, but hopefully I can kick on and become a bit more like that.” 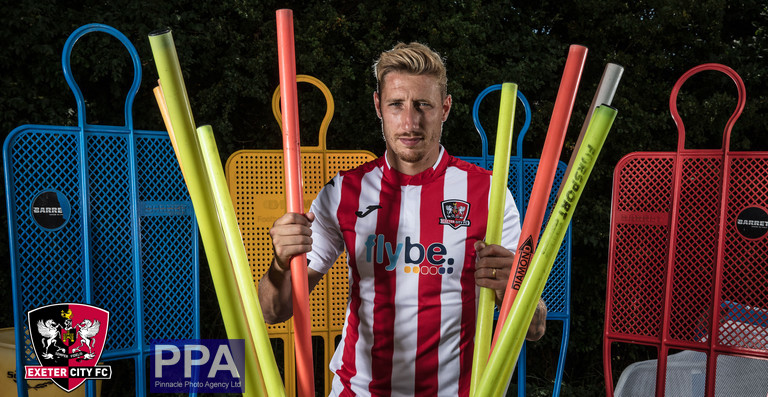 Lee signed for the Grecians in the summer of 2018

“They’re a brilliant bunch, they always work hard, and they are a talented bunch as well who can handle the football, which you do see but compared to other clubs that I’ve been at this is one of the better run academies’ and the youngsters have all stepped up and never look out of place.

Having had a series of loan spells in his early days before going onto play at the likes of Ipswich, Millwall and Gillingham, Lee believes the City squad rank highly in terms of the team spirit in the dressing room.

He continued: “We’ve got a great bunch of lads, so I think it was important that we stuck together. We had our Christmas party which was important for team bonding which has helped bring us closer and closer together, and the three points against Crewe topped it off. If you’re going to do anything then you need to have a close-knit group and I think we’ve got that here.”

With City now in the midst of their Christmas fixture schedule, it offers the opportunity to get points on the board in quick succession with matches coming thick and fast. A period that Lee believes will be crucial to the Grecians’ campaign.

Lee explained: “It’s difficult but I think a lot of teams take their eye off the ball at Christmas because it’s only natural. It’s human nature to sit back and relax because that’s the festive period but if you can keep your eyes on the prize then you can pick up points with a massive push.

“We can kick right on and we can be pushing for the top three spots which is where we want to be come the end of it.

Any Grecian who witnessed the performance from the midfielder against Crewe will be well aware of his quality, and the reasons why Matt Taylor brought him to the club, and with a busy period of games an in form Lee Martin could well prove the difference for City in the coming weeks.