Exeter City’s Changing Places facility in the Stagecoach Adam Stansfield Stand has officially been opened on the EFL’s Day of Disabilities.

Today, (Monday, December 3) sees the EFL host the first ever Day of Disabilities, which puts the spotlight on the work clubs do in the ever-expanding area of disability football and making football accessible to all supporters.

The new changing places room in the Stagecoach Adam Stansfield Stand was part of the £3.5 million redevelopment of St James Park which was completed in October 2018.

Changing Places toilets are larger than a standard disabled toilet and include a height-adjustable bench, a hoist and room for a wheelchair and up two cares.

Standard accessible toilets do not meet the needs of all people with a disability. People with profound and multiple learning disabilities, as well people with other physical disabilities such as spinal injuries, muscular dystrophy and multiple sclerosis often need extra equipment and space to allow them to use the toilets safely and comfortably. These needs are met by Changing Places toilets.

Although the new facility is housed in the Stagecoach Adam Stansfield Stand it is open to all home and away supporters. 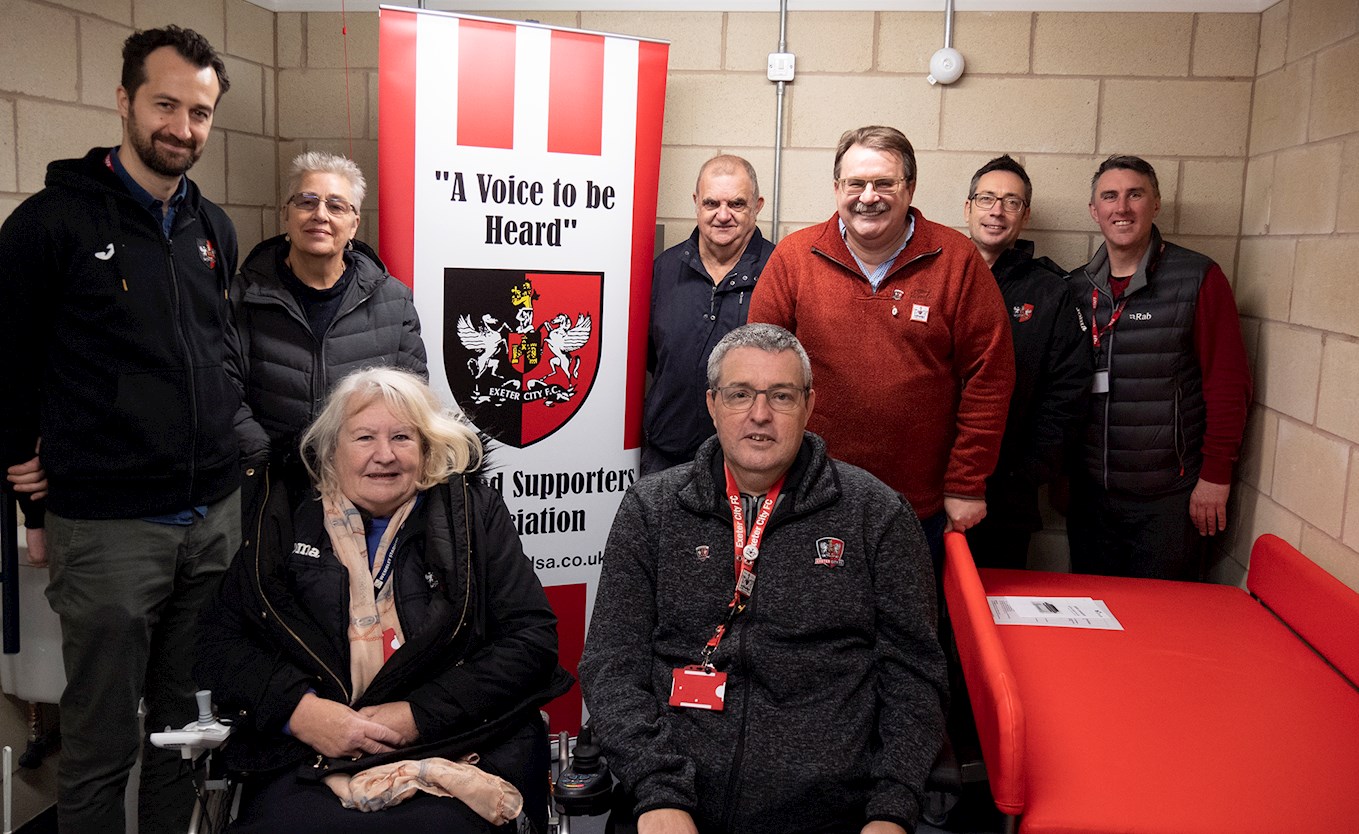 The changing places facility has been a collaboration between the club and the Exeter City Disabled Supporters Association. The ECDSA raised £3000 which has paid for the bench, hoist and privacy screen. The funds were raised through their Christmas draw and bucket collections.

Nick Saunders, ECDSA chairman said: “We at ECDSA strive to ensure access for all. The Changing Places room is a good chance to make an improvement that has been missing.

“This is a fantastic facility that is the first in Devon at a professional football club. This has all be made possible by the hard work of the ECDSA committee, it’s members and the fans of Exeter City Football Club.”

“Changing Places was high on the agenda when discussing the facilities in the new stand. We are delighted that in working with ECDSA the facility is now officially open.”

Elaine Davis, on behalf of the Supporters’ Trust added: “As a Supporters owned club we are proud to look after all our supporters, both home and away, who will use the this fantastic new facility at the Park."

It costs just £5 to become a member of the ECDSA. By joining you will contribute to helping raise funds for the association, and you’ll also become a priority ticket member.

This season the EFL have published a new set of Disabled Facilities Guides for supporters of all 72 league clubs – every season there is a new set of guidelines produced.