Exeter City’s first-team players were on hand to serve teas, coffees and cakes to some senior City fans at a festive event held at St James Park.

Over 50 of City’s longest-serving fans were treated to an afternoon of fun and games and festive refreshments to say thank you for their continued support.

A packed Supporters’ Trust lounge took part in a Christmas quiz, a game of Bingo, sang Christmas carols as well as participated in a raffle at the end of the afternoon. Some of the guests took away some signed City merchandise and some tickets to a match at St James Park. 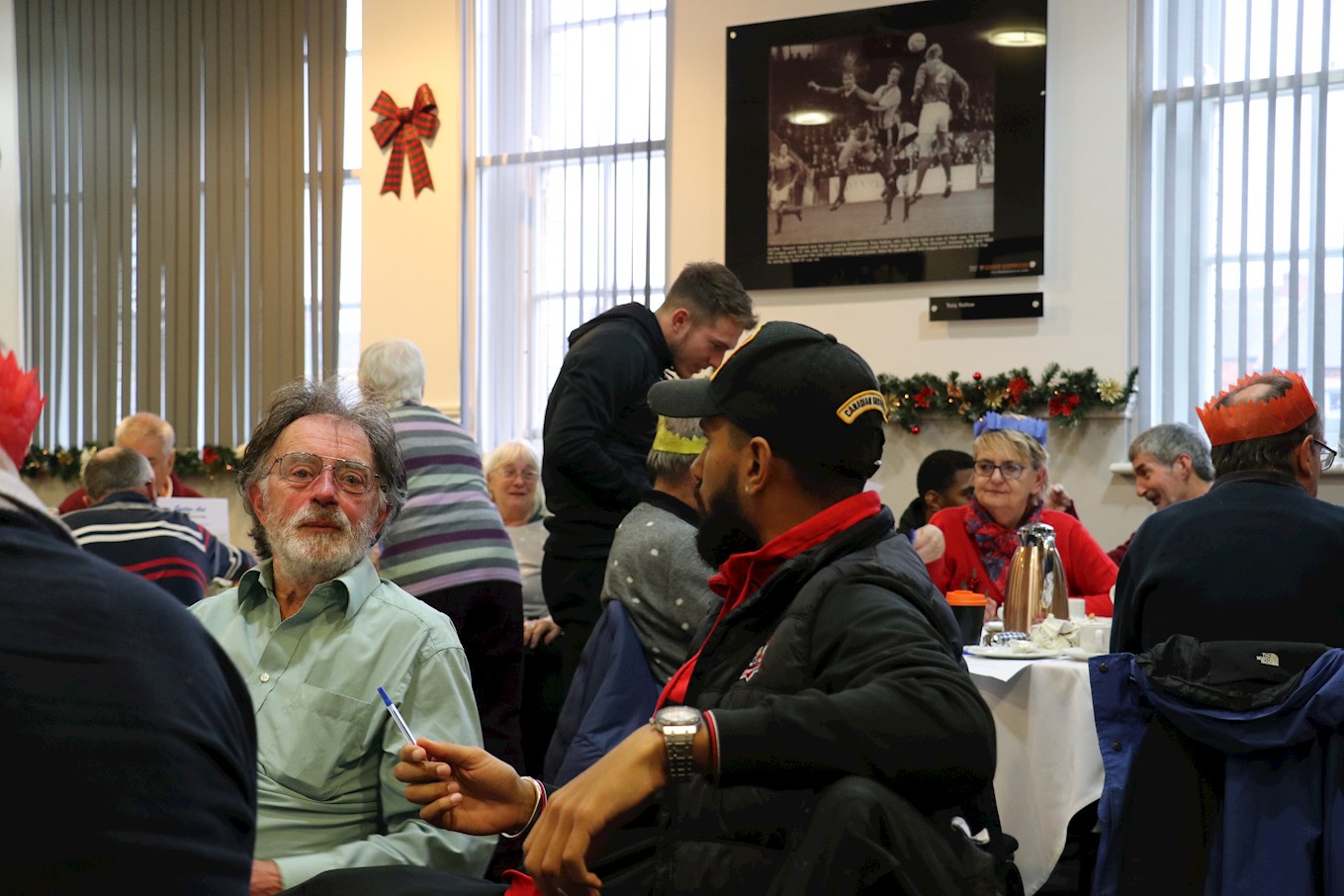 All of the players got amongst it to meet and greet the City supporters and have a chat about the season so far and much more. 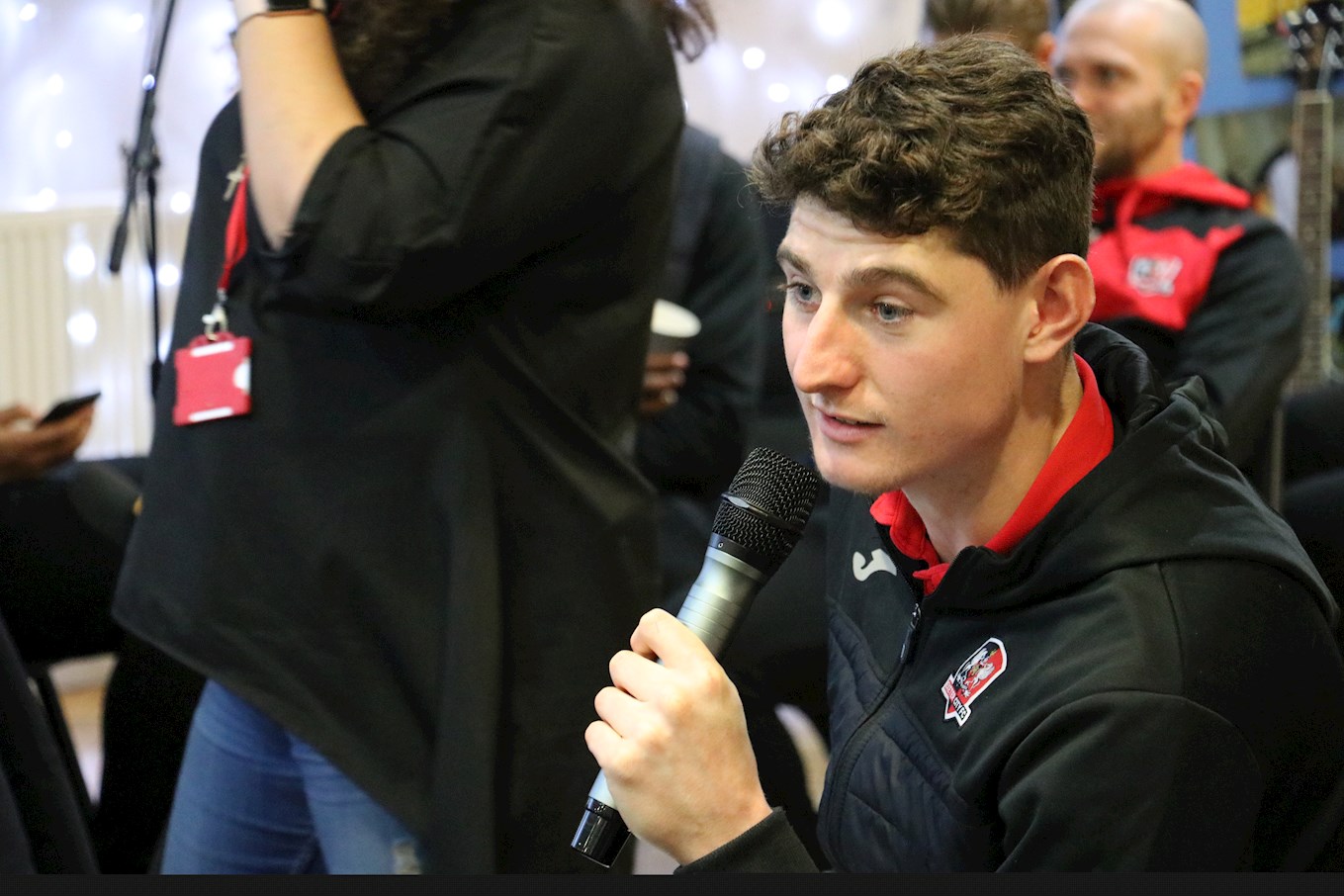 Exeter City would like to thank the supporters for coming along to what was a fantastic, and fun-filled, afternoon.