The Exeter City Disabled Association Christmas Draw has raised a whopping £1,671.56 which will be used to help improve facilities at St James Park for supporters with disabilities.

Over the last couple of months, a group of ECDSA volunteer ticket sellers, led by committee member Martin Robertson, have been busy persuading supporters and the good people of Exeter and beyond to part with a little bit of their hard-earned cash in exchange for an ECDSA Christmas draw raffle ticket.

Again, for this year’s Christmas Draw (which is held every two years) ECDSA are extremely grateful to all those who so kindly donated prizes for the draw including: Exeter Nissan, Mi Space - Midas, GreenMyBusiness, Subway of Sidwell Street, Mr D Herniman, Signs Express, Hartley’s Certified Accountants, Elaine Davis & ECFC and ECDSA Committee Members together with everyone who sold and purchased draw tickets. 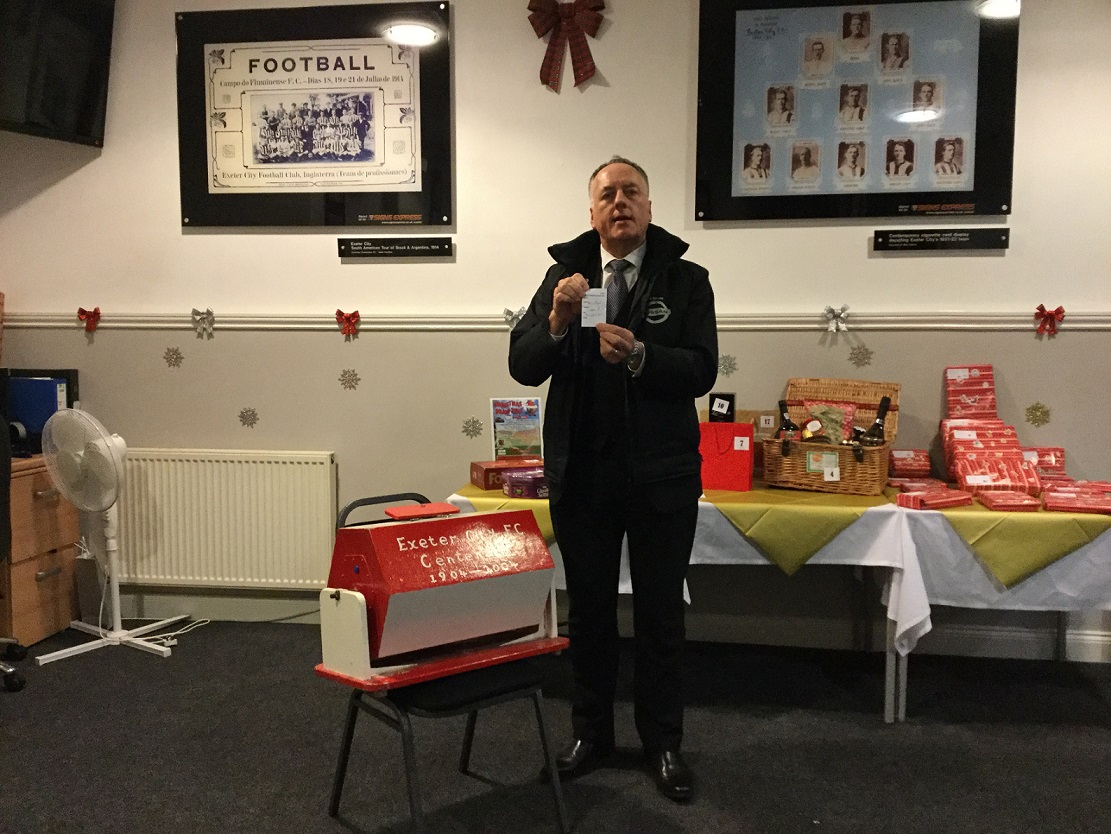 The draw took place on Wednesday, December 12 at 7pm at the Park at St James Park and was attended by City player and ECDSA President, Lee Holmes, together with Russell Lemon from Exeter Nissan who helped to draw the lucky winning tickets. All in all, there were 31 prizes up for grabs.

ECDSA chairman Nick Saunders said: "The bi-annual Christmas draw is a major fundraiser for us, but without the support of local business and individuals ECDSA could not achieve as much as it does in helping to make the match day experience at Exeter City so much better for all supporters with disabilities - thank you all so very much for your generosity and support of our DSA". 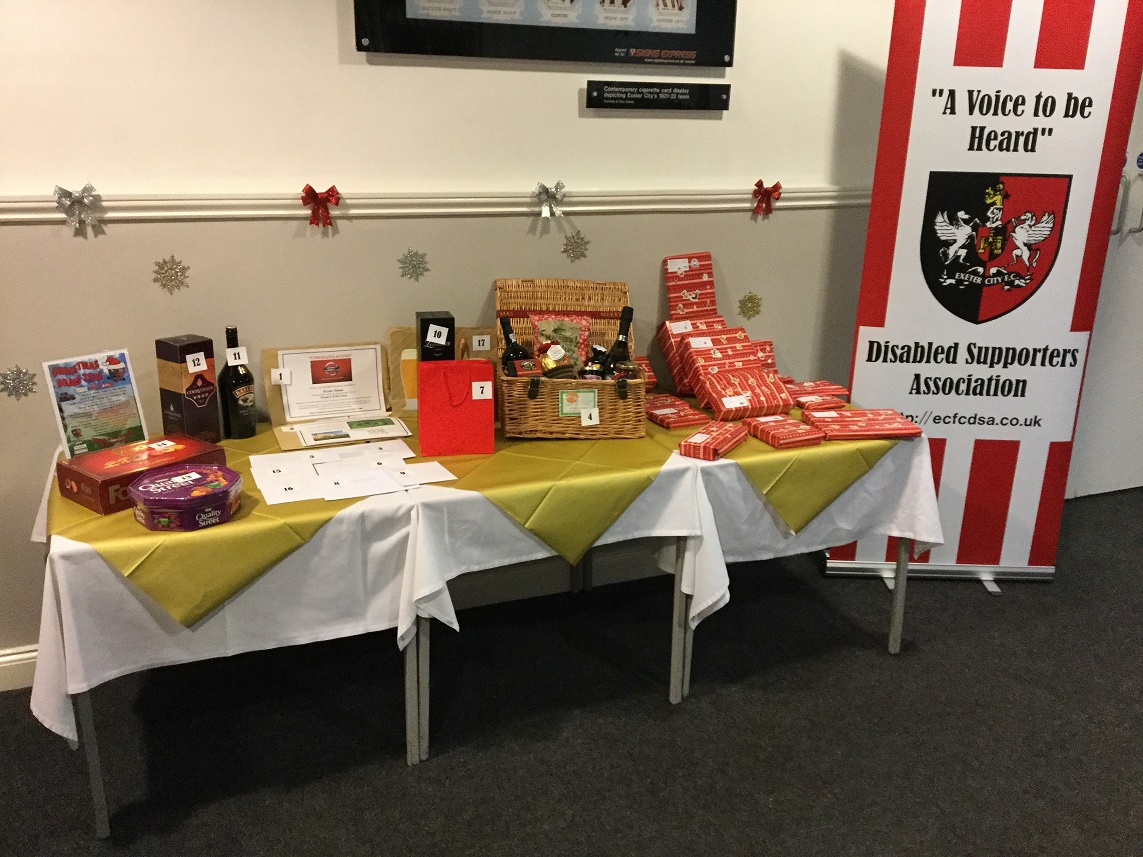 Below is the full list of prizes and winners: