Exeter City have offered four players of their Under-16s group scholarship deals, allowing the individuals the chance to come back to the Academy next season as Under-18s and represent the club for at least another two seasons.

Louis Morison, Tom Preece, Lewis Wilson and Jack Stafford are the selected youngsters who have done enough to impress City’s coaches over the course of their young footballing journey’s, and they will join up with Dan Green and the rest of his youth team in July, with the hope they can defend the under-18 Youth Alliance South West crown they managed to win this season.

Chad Gribble’s under-16s have enjoyed a large amount of success this term, achieving a high finish in the final standings of their competitive games programme, whilst also performing reasonably in the Floodlit Cup. The four players have played key roles during the high points this year, and after the club issued the foursome their new deals last month, Gribble, congratulated the players after seeing their hard work rewarded in the shape of youth contracts.

He said: “We would like to thank the players and their parents for their commitment and time, and many congratulations to the four of them. We, as an academy, would not be here without the support and dedication shown by the parents of our players.  It’s away trips to places like Brighton that show the real effort that these people put in and we would like to say a big thank you to them all.

“This season has been a real team effort. One of the biggest things that the four guys have done is help the younger, under-15 players in the squad and I’m really pleased they’ve helped them to settle in and hit the ground running.

“This is certainly one of the most rewarding parts of my job. It is great seeing players who have worked under me this year accomplish things in not just football, but life in general. It’s certainly a proud moment seeing these players achieve things, but this is just the start of their footballing journey, and they’ll need to continue working hard throughout their careers if they want to make it to the very top.” 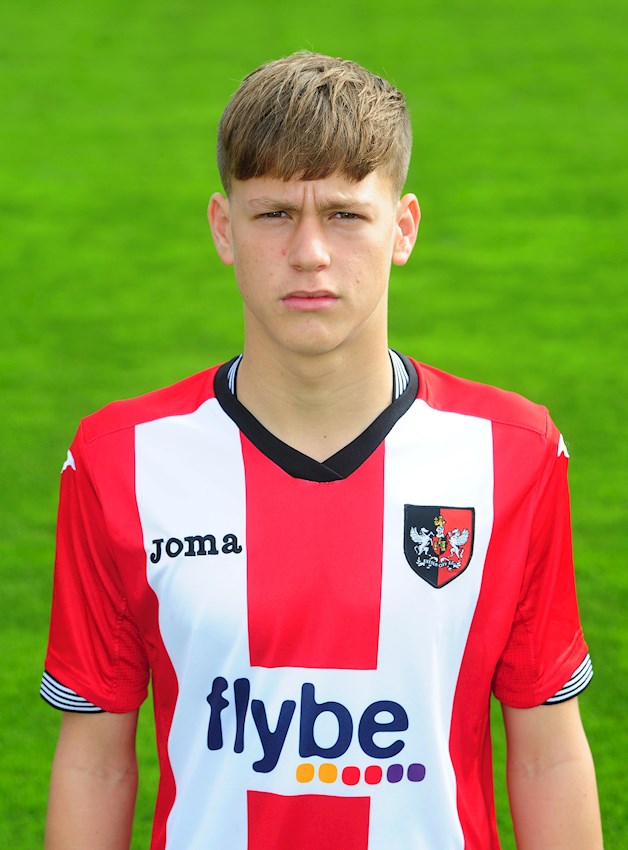 Louis has been with the academy since the Under-9s age group, and attends Kings College, Ottery St Mary. The youngster is a highly competitive individual who can play as a centre-midfielder or centre-back, and his high work ethic and aggression often allows him to win a lot of tackles and headers. He also possesses the ability to pass the ball with both feet meaning he can start City’s attacks from all areas of the pitch. Louis versatility has seen him become an important member of the U16s squad, and his impressive performances have seen him rewarded with early opportunities at under-18s level in the FA Youth Cup. 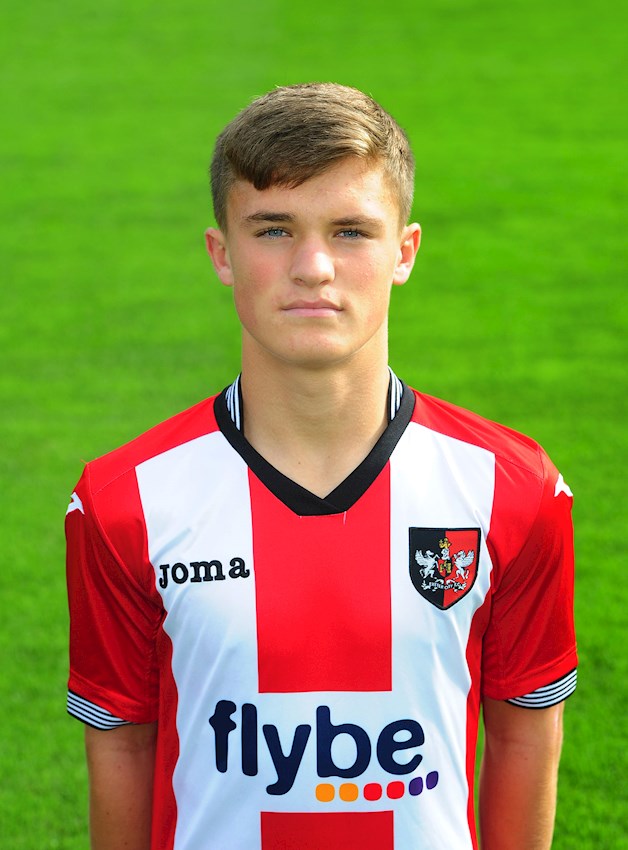 Tom studies at St Luke’s Science & Sports College, and has been with the club since under-13s. His school is one of a number of educational institutes linked with the Academy and St Luke’s is where the ECFC academy run it’s hybrid training model, linking education with football. Tom was spotted whilst playing and training for his college. Following a string of eye-catching performances, the centre-midfielder was offered an academy trial, and shortly after, a contract followed. Tom possesses a good passing technique, whilst he has improved his work rate and competitiveness during his time in the academy, turning him now into an all-action midfielder. 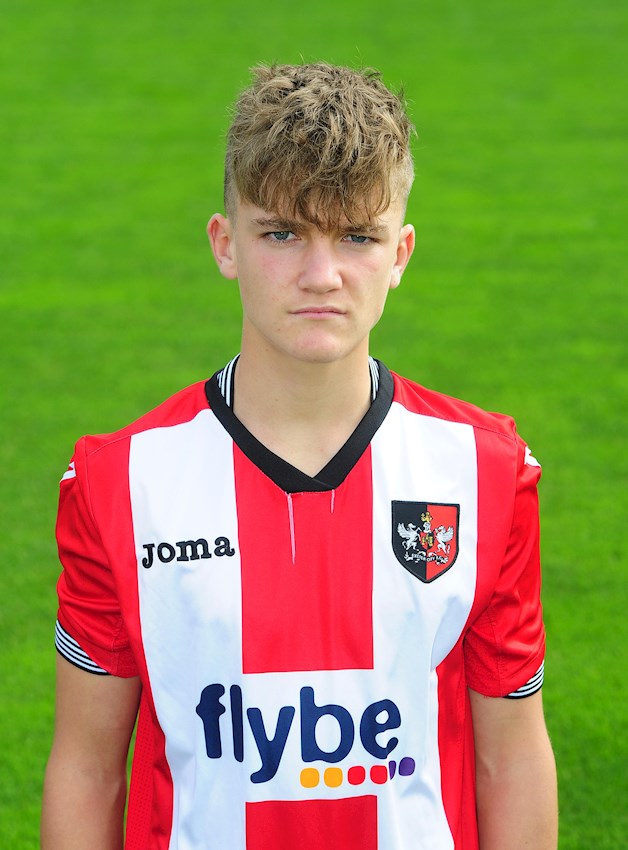 Lewis has been with the academy since under-9s, and is also a student at St Luke’s Science & Sports College. From a young age, the striker has had a keen eye for goal, and his speed over short distances make him a threat in any attacking situation. This season has seen him score 21 goals to date, making him the under-16s top goal scorer, and an integral cog in the under-16s machine. In his time at the academy he has developed attributes that allow him to play multiple attacking positions, making him difficult to defend against, whilst his striking statistics in recent times meant the forward was ready to make his under-18s debut as a 15-year-old at Home Park against Plymouth Argyle, whilst he featured on the bench in this seasons FA Youth Cup game against Yeovil Town.

Jack Stafford, unlike the other three players, originally heralds from elsewhere, and has recently signed a scholarship following his release from Burnley. The centre-back possesses fantastic composure and ability on the ball, and proves to be reliable when passing over distance. In his short time with the Grecians, Jack has quickly developed a more competitive edge towards his defending. The result has seen him already become an important part of the under-16s group after making his competitive debut in a 2-1 win over Plymouth Argyle in the EFL under-16 Floodlit Cup.

“The process and decision making comes down to many things” explained Gribble. “Potentially what is ahead of them, what attributes they possess which may help them become better, plus many more. But just because a player may not seem right for us, doesn’t mean he won’t be a great fit for another club. We have had many instances where someone has taken everything he has learnt from us and gone on to do well elsewhere.”

Despite the largely successful season, Chad Gribble’s men have enjoyed this term, there were a handful of Under-16s who couldn’t be issued scholarships at the present time. Those unfortunate enough not to be given a youth contract at Exeter currently are all invited to remain with the Devon club for the remainder of the season, where, between club and player, decisions about their futures can be made.

Gribble explained, “We would like to thank the rest of the group for their efforts, hard work and dedication. They have all played a big part in our largely successful season this year, and I know that whatever they decide to do, they’ll go on to great things. They have been invited to continue training with us until the end of the season as we feel our job with those individuals is not finished yet. We feel it is our duty of care to look after them until the end of the season, and prepare them for whatever step they take afterwards, whether that is college, trials, or anything else.”

However, for the four players who will continue their footballing journey within the City set-up, Gribble has already set targets to help make the transition to Under-18s football that little bit easier.

“The four of them should be setting their sights high. They need to understand that there isn’t a queue of football players, and you don’t just wait in line for your turn. They have been given a chance by the club, and they have to take this opportunity when the time is right. They will need to earn minutes for the Under-18s this year, train with Dan Green and the rest of the under-18s’ coaches as much as they can, and then hit the ground running when it comes to pre-season in July.

“The rest of this season will be helping them prepare themselves for football across the full spectrum, not just physically, but mentally too. If they manage to accomplish that, they will have an enjoyable two years ahead of them. Good luck to them all.”