After an impressive run of games, Exeter City head to Kenilworth Road to face league leaders Luton Town tomorrow afternoon in a game that is sure to draw attention from all over the Football League.

Man behind the Mask Dan Gottschalk takes a look at the Grecians opponents ahead of a game which could see Exeter rise as high as second.

Founded in 1885, some 132 years ago, Luton Town’s history is a long and rich one. The club, nicknamed the ‘Hatters’, was the first professional club in southern England and started paying players as soon as 1890 and joined the Football League just before the start of the 20th century. 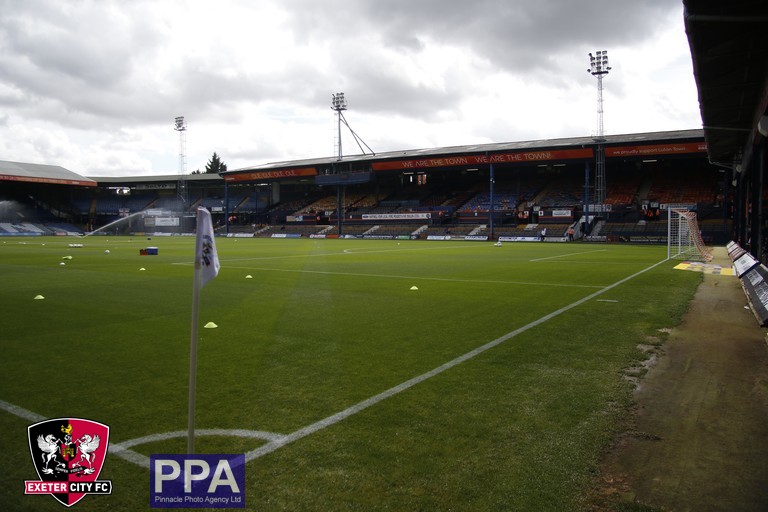 Soon after however, Luton had to abandon their League status due to financial difficulties, managing to return in 1920 and maintain their Football League status for nearly 90 years.

This sparked somewhat of a slide for the Berkshire club and by the 1965/66 season, were plying their trade in the Fourth Division only to return to the top tier of English football just nine years later.

Arguably, Luton’s most successful spell as a club came in the eighties, spending most of the decade in the First Division and winning their first major trophy, the League Cup, by beating titans Arsenal 3-2 in the 1988 final.

After being relegated from the top tier just before the start of the Premier League era, Luton suffered financial difficulties and began a slide down the Football League, eventually being relegated to the Conference at the end of the 2008/09 season after they were docked 30 points due to financial irregularities.

It wasn’t until 2013/14 that Luton returned to the Football League when they were promoted to League Two, where they have remained ever since despite making the play-offs last time out.

After narrowly missing out on the play-off final last season, losing 5-6 to eventual winners Blackpool over the two semi-final legs, Luton were installed as early favourites for promotion this time around.

The Hatters strengthened significantly in the summer, adding the signings of proven goal scorers such as James Collins from Crawley as well as shoring up their defence with players such as former Exeter City loanee Jack Stacey. 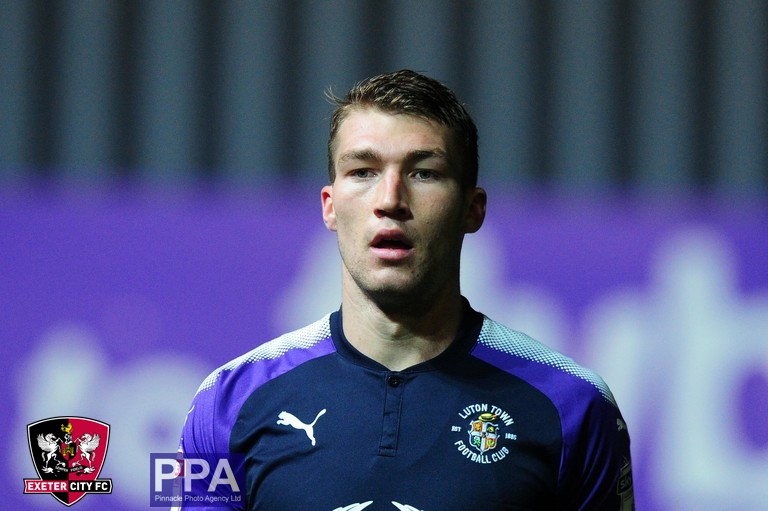 The summer signings immediately paid off too as on the opening day Luton tore apart Yeovil 8-2 despite having gone behind to an early goal. This was a statement of intent for the season ahead as the Hatters have scored four or more goals on no less than six occasions this season in League Two.

These impressive results have seen free-scoring Luton claim top spot in the league for most of the season so far although with two games in hand on the Hatters remaining, Exeter could make a title push themselves and sit joint top with the Berkshire club in just a few weeks.

Given their impressive goal scoring prowess so far this season, Luton boast a threat from all over the pitch. However, top goal scorer Danny Hylton is a doubt for tomorrow’s game having been side-lined in recent weeks with a hamstring injury. No doubt however that the Hatters will have other players ready to fill Hylton’s boots.

James Collins
Prolific goal scorer James Collins was picked up by Luton boss Nathan Jones last summer having impressed at former side Crawley Town.
Collins began his career with midlands side Aston Villa although never managed to break into the first team. After leaving Villa, Collins travelled round lower division sides and even spent some time in Scotland with Hibernian before returning back to English football. Despite not managing to have a prolonged period at any one club, Collins has remained a goal threat anywhere he has been and has already racked up 13 goals so far this season.

Jervis found it difficult to break into the senior side at Birmingham however and made just two first team appearances, his time with the Blues being littered with loan spells at lower league clubs. Jervis also spent some time in Scotland, with Ross County during the 201/15 season although his most prolonged period at any one club has come with Exeter’s rivals Plymouth Argyle, making over 100 appearances for the Pilgrims and scoring 27 goals.

Jervis signed for Luton on deadline day this week after the Hatters activated the release clause in the striker’s contract, believed to be worth around £125,000. The singing is certainly a statement of intent from the Luton hierarchy and the striker could potentially make his debut against the Grecians this weekend.

The two sides have already faced each other earlier this season at SJP, with Luton coming away 4-1 victors following an impressive second half display against the Grecians despite Exeter arguably being the better of the two sides in the first half.

The last time that Exeter faced Luton at Kenilworth Road however came in March last season as the fight for promotion really heated up. The two sides shared the spoils that day in a 1-1 draw. Exeter took the lead in the second half through a Jake Taylor goal before talismanic striker Danny Hylton pulled one back for the hosts for the draw.