The loan report returns to exetercityfc.co.uk as Exiled Grecian delivers an update on the Grecians on loan away from St James Park.

This week's report covers the games played since (and including those played on) February 17. 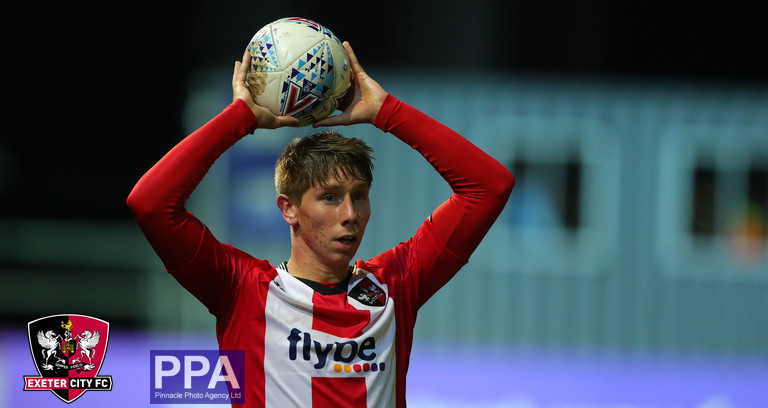 Truro went into their home game against Oxford City on the back of just two victories in their five league games so far this calendar year. The visitors had just ended their five-game winless run with an impressive 4-1 win over play off-chasing Hemel Hempstead. Alex Hartridge started for the White Tigers.

The hosts raced into an early 2-0 lead, Ben Gerring heading in former Grecian Connor-Riley Lowe's corner on 10 minutes and Aaron Lamont audaciously chipping the keeper from outside the area after being played through by Tyler Harvey on 20 minutes.

The visitors rallied before the interval and were unlucky not to at least pull one goal back in the first half, seeing one effort cleared off the line and another canon back off the crossbar.

Oxford did manage to pull one back shortly after half time when Matt Paterson converted from 12-yards after Truro's Austen Booth brought down Zac MacEachran. The visitors brought themselves level when Samuel Nombe curled in a fabulous strike from the edge of the area on the hour mark. Nombe secured all three points with just under 15 minutes to go, as his pressure on Truro defender Jamie Richards caused the latter to slip in possession, allowing the visiting striker to run in on goal unmarked and slot it past Tom McHale.

Highlights of the game can be seen here.

The result leaves Truro in the final play-off position on goal difference, but they do have two games in hand on Braintree.

*Assumption made that he played the full 90 minutes vs AFC Sudbury in 3rd Qualifying Round. 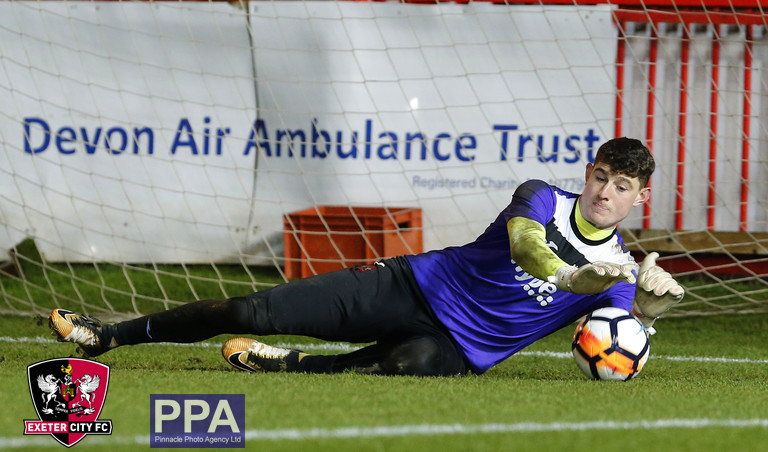 Gloucester went into a crucial match against fellow strugglers Concord Rangers last Saturday having secured back-to-back wins the week before and having gone three games unbeaten in all competitions. James Hamon retained his place in the starting XI.

The on-loan shot-stopper had very little to do all game, with his side dominating proceedings throughout. His only real involvement in the first half came late on, when he closed down a 50-50 ball just inside the area. The ball rebounded off Hamon and straight back into the path of the onrushing attacker, but his lobbed effort cleared the crossbar.

Despite the hosts' dominance, it wasn't until stoppage time that they made the breakthrough, when Ed Williams converted a penalty to earn his side a deserved three points.

The National League South is very tight this season. So much so that Wealdstone, down in 11th place, were looking to close the gap to the play offs to just two points with victory over now in-form Gloucester. Hamon again kept his place in the team.

It was the hosts who started on the front foot, forcing Hamon into an excellent save down to his left in the very first chance of the game. The Channel Islander was brought into action once again later in the half, as he was on hand to parry a curling shot from the edge of the area.

Gloucester took advantage of their opponents profligacy as, against the run of play, Harry Williams broke through on goal and showed excellent composure to cut inside the back-tracking defender and then wrong-foot the 'keeper with a brilliant finish into the bottom corner just before half time.

The visitors picked up where they left off at half time and doubled their lead shortly before the hour mark. Wealdstone 'keeper Jonathan North somehow managed to save two point-blank efforts in quick succession but, from the subsequent corner, Joe Hanks' deflected effort looped over him and into the net.

Wealdstone did halve the deficit on 73 minutes, when Gloucester twice failed to clear the ball in their own area and Dan Flitchett smashed an effort into the top corner from 10 yards out. You could maybe argue Hamon should have come out for the original cross, but he had no chance with Flitchett's powerful effort.

Both sides then went on to have a few half chances, but Gloucester held firm to secure an important third league win on the spin and move eight points clear of the relegation zone. The league table is so tight though, that they only sit 10 points behind 7th placed Truro in the play offs. 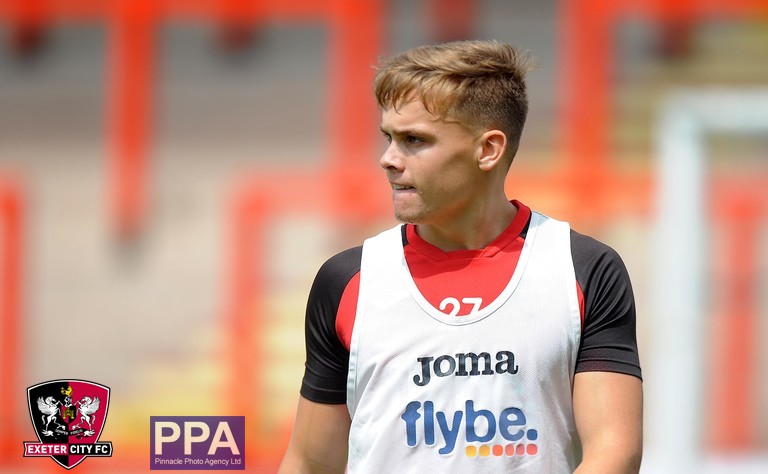 The Magpies went into their trip to mid-table Stratford Town looking to extend their three-game unbeaten run in the league. Archie Collins started in midfield.

Despite a pretty even start to the game, the hosts began to apply more and more pressure as the first half went on and finally found the breakthrough on the stroke of half time. On 44 minutes Edwin Ahenkorah beat the offside trap and slotted under Chris Weale, before immediately robbing Dorchester of possession from the kick off and hitting an effort against the bar, the rebound of which Will Grocutt 'fortuitously' tucked home.

Stratford keeper Louis Connor then had to be alert to maintain his side's two-goal lead before the half time whistle, as he saved superbly from Archie Collins shortly after the restart.

Dorchester commited men forward in the second half, coming close on a few occasions to halving the deficit, but also getting caught on the break several times. Neither side could find the net though and it finished 2-0. The result leaves the Magpies eight points clear of the drop zone.

After the game, Dorchester boss Steve Thompson told the Dorset Echo he was 'delighted' that Archie had extended his loan deal until the end of the season. He added that "Archie was one of our better performers (against Stratford) and he’s progressing. I’m sure it will do his Exeter career the world of good to be playing men’s football".

Bideford suffered their first defeat in eight games when they fell to a 2-1 loss at in form Cirencester Town last Saturday. Both Ben Seymour and Josh Key started, while Max Smallcombe continues to be absent through injury.

Both sides had a number of chances in an even first half, Ben Seymour seeing his effort saved by Thom Jonkerman, who himself is on loan from Bristol Rovers.

The game remained very even in the second half until, with quarter-of-an-hour left, Alan Griffin converted two rebounded efforts in the space of four minutes to put the home side firmly in the driving seat. The Robins then pushed forward in numbers, creating chances which they failed to convert; Seymour hitting his effort over the bar.

The visitors eventually managed to score a consolation goal, as City loanee Josh Key scored his first senior goal on his league debut, smartly heading over Jonkerman from an Ian Sampson cross.

It’s a first defeat in eight for The Robins against the league’s form team. Josh Key gets his first for the club but it’s not enough.

Whilst City were up north performing heroics on Tuesday night, Bideford faced a relatively short trip to table-topping Taunton in a game which featured three City loanees and a number of former Grecians. Both Seymour and Key started again.

The hosts, who have only lost one league game this season, dominated proceedings and deservedly took the lead on 18 minutes when Daniel Sullivan chipped Steve Oliver, who had already saved a number of efforts by this point.

The Peacocks then had an effort rattle the post before Craig Veal was denied a goal against the side he left last month by the assistant's flag. Josh Key had Bideford's best chance of the half, but his curling effort went wide of the post.

Taunton continued to dominate in the second half and were unlucky not to extend their lead when Matt Wright headed onto the bar. But the Robins were handed a lifeline on 69 minutes against the run of play, as home 'keeper Lloyd Irish fumbled the ball into the path of Kevin Squire on the touchline, before bringing the Bideford striker down when through on goal. Irish somehow managed to escape without seeing red, but Ben Seymour made no mistake from 12-yards to score his 17th league goal for the North Devon side.

Toby Down would go on to volley an effort against the crossbar for Taunton, but the two sides saw out a 1-1 draw. Bideford are now six points behind the play offs with five games in hand.

Barnstaple went into their bottom-of-the-table clash with Bishop's Cleeve in desperate need of points as they look to escape the relegation zone. Sam Haynes started, while Mitch Thomas was an unused substitute.

Barum went into half time not only three goals to the good, courtesy of Tallan Mitchell, Harry Stevens and Chris Ibbeson; but they also found themselves playing against 10 men as Ben Tunnicliffe was sent off for an altercation with Alex Gray.

Despite their numerical advantage, the hosts were almost made to pay for their complacency in the second half, as Bishop's Cleeve took advantage of a Barum side who 'never got going after the break' to score twice after the hour mark. Despite the nervy finish, Barnstaple held on for a priceless victory, moving 10 points clear of their opponents and five points from safety.

Before their 1-1 draw with Bideford on Tuesday night, high-flying Taunton faced a home tie against 10th placed Swindon Supermarine last Saturday. Joel Randall started at left wing-back in place of Toby Down.

The Peacocks were dominant from the start and found the back of the net early on when excellent dribbling from Joel Randall saw him go past his man in the box before cutting across for Ollie Chamberlain to tap in, but the goal was ruled out after the ball was adjudged to have crossed the byline during Randall's run.

The hosts continued to dominate as the game went on and grabbed a deserved winning goal on 74 minutes, when Matthew Buse squeezed passed the 'keeper at his near post from a tight angle. Joel Randall was replaced by Toby Down on 72 minutes, as the hosts held on for their 22nd win of the campaign.

Joel Randall started on the bench as the Peacocks were frustrated by a combination of excellent goalkeeping, the woodwork and a moment of madness in an enthralling 1-1 draw at the Viridor Stadium. He was brought on for Josh Nelmes in the 82nd minute as his side looked for a late winner.

As it stands, Taunton are 13 points clear of second placed Salisbury City with 13 games left to play.