Ahead of Saturday’s key game, we’ve decided to take a look at five famous faces to have appeared for both the Grecians and the Spireites.

Striker Andy Morris will best be known by Chesterfield fans, after joining for £500 from Rotherham in January 1988. 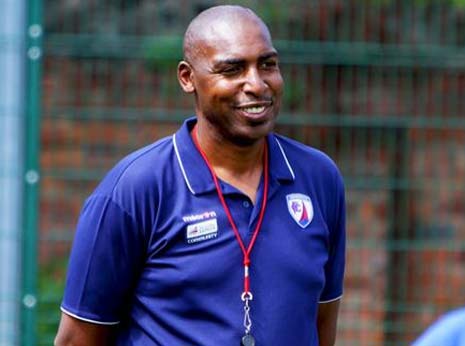 Morris made 225 appearances for the Spireites, finding the back of the net on 56 occasions, and was part of the side that reached the semi-finals of the FA Cup in 1997. The forward joined City on loan in March 1992 from Chesterfield, making only four appearances, scoring twice in the 2-1 win over Birmingham City.

Alan Crawford, like Morris, joined Chesterfield from Rotherham, nine years earlier in the summer of 1979. The winger spent three seasons at Saltergate, scoring 20 times in 94 appearances before signing for Bristol City. Crawford enjoyed a three-year spell with the Robins before joining the Grecians in 1985. However, Crawford’s stay at St James Park was a brief one, making 33 appearances in his only season for the club, signing for Bath City the following summer.

One player who made the move from Chesterfield to Exeter was midfielder Paul Batty. Batty spent one season with the Spireites in 1985, making 26 appearances before signing for the Grecians the following summer. Despite requiring surgery on three occasions due to a long-term knee injury, the midfielder went on to make 111 appearances for Exeter, scoring 11 times, before his release in 1991.

Desmond Anderson spent four seasons with the Grecians after signing from Northern Irish side Glenavon in August 1962. The defender played 143 times for the club, scoring once, and was a member of City’s promotion-winning team of 1964. Anderson was also the Grecians very first playing substitute after the rule came into place in 1965. Chesterfield snapped up Anderson’s services after he left Exeter in 1966, and went on to make just eight appearances for the Spireites. 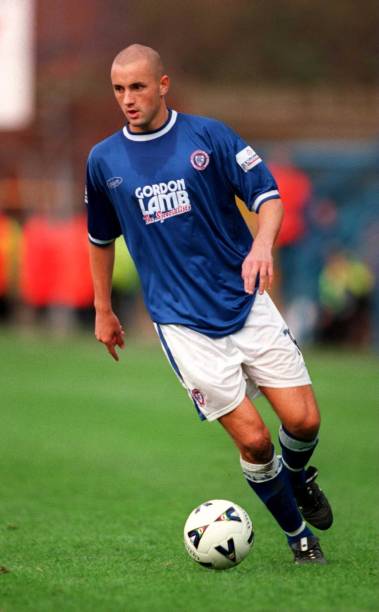 Defender Michael Simpkins began his professional career at Sheffield Wednesday in July 1997, having been a trainee with the club. He then signed for Chesterfield the following March and spent three years with the Spireites, only making 26 appearances during that period. A move to Cardiff City followed, but just like his spell with Chesterfield, opportunities were limited, and the defender moved to St James Park on loan in September 2002. Simpkins spent a month in Devon, making five appearances before returning to Wales.