Ahead of Saturday’s crucial game, we’ve decided to take a look at five famous faces to have graced the turf at both St James Park and Field Mill.

French full-back Alex Jeannin, joined the Grecians as a free agent back in 2003. The defender spent two full seasons at St James Park, appearing 82 times for the club, scoring on five occasions. Spells with Bristol Rovers, Hereford United and Kidderminster Harriers followed, before Jeannin joined the Stags in the summer of 2008. Jeannin’s spell with Mansfield was a brief one, making 25 appearances before making the switch to Truro City. 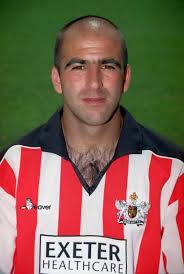 Defender Andrew Roscoe joined Mansfield from Rotherham United in July 1999. Roscoe’s stay at Field Mill lasted one season, making 40 appearances and scoring three times, before being released in the summer of 2000. The Grecians quickly picked up Roscoe’s services as a free agent, and the defender went on to make 126 appearances for the club over three seasons, scoring 12 times, before being released in 2003.

George Foster joined Exeter on loan from local rivals Plymouth Argyle in 1981 and became the first Grecian to win Exeter City’s player-of-the-year award whilst on loan from another club. However, Foster will be best known by Stags supporters. The defender featured in 372 games for Mansfield across a 10-year period, and captained the side in their 1987 Football League Trophy triumph at Wembley. Foster also managed the Stags from 1989 to 1993 and guided Mansfield to promotion in 1992. 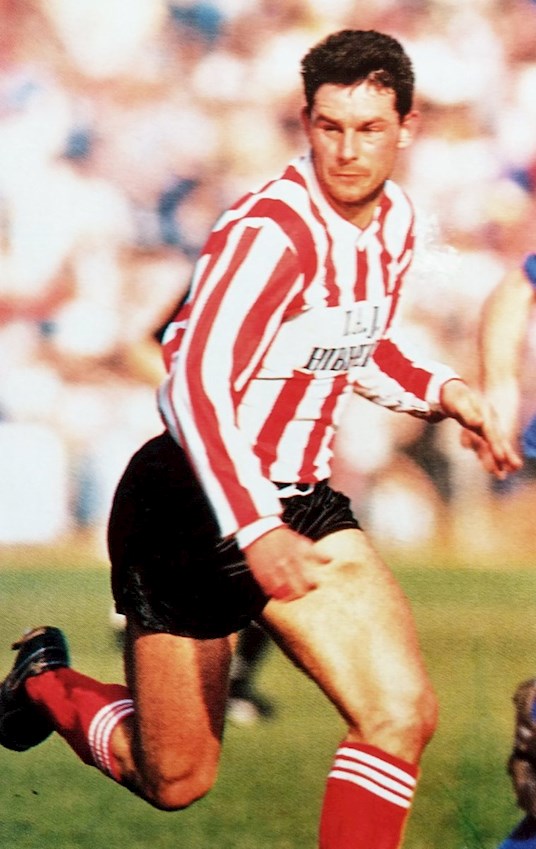 Striker Darran Rowbotham joined the Grecians in 1987. Rowbotham was a key player in the club’s 1989/90 Fourth Division title-winning season, scoring 20 goals. The forward spent a month on loan with Mansfield in 1992, scoring twice in his four games for the Stags. Welsh-born Rowbotham then returned to St James Park in 1996 for a further four years, with the striker making 263 appearances and scoring 101 goals during his two spells as a Grecian.

Defender Neil Richardson joined Exeter on loan in 1996 and made 14 consecutive appearances before his loan spell came to an end and returned to parent club Rotherham United. Two years later, Richardson left Rotherham for Mansfield, but after one season, and 31 league appearances, he retired from playing senior football, and moved into a coaching role with the Stags.