Thrifty Car & Van Rental have been working with Exeter City for over a decade, advertising their brand to thousands of visitors to St James Park through billboards around the pitch and adverts in the match day programme.

The winner of the competition was Lou Thornley - thank you to everyone that entered.

The local rental office on Marsh Barton Road is one of the largest branches with an amazing range of vehicles on offer including sports performance cars as well as estates, people carriers, 4x4s and vans.

There are several other South West branches – Plymouth, Truro, Barnstaple, and Taunton and a total of 100 rental locations throughout the UK including at major Airports.

Speaking about the partnership, Thrifty chairman Roger Hancock said: “The partnership is about supporting local sport and Exeter City in all they do, including the great work in the community.

“The club is having some success on the pitch, and a ground redevelopment which is great for the City. We are proud to be associated with a successful football club.”

Exeter City head of commercial Mark Jenkins added: “Thrifty have been great supporters of the club for over a decade now and we thank Roger for his continued support.” 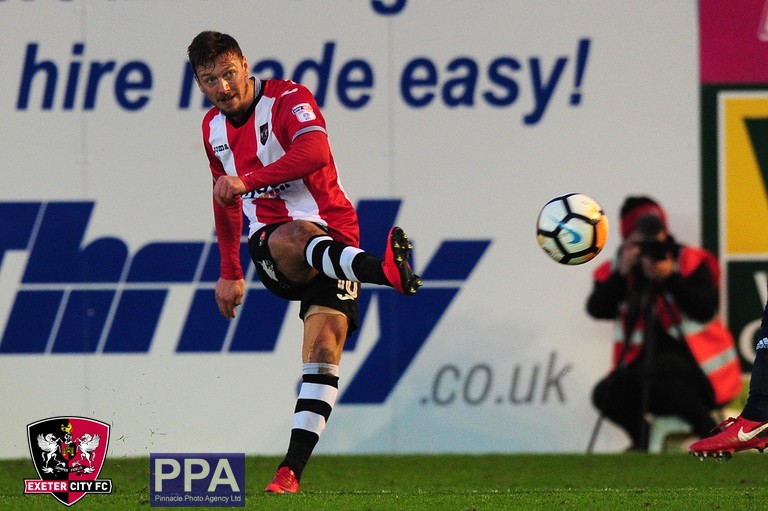 Exeter City supporters can receive discounts on rentals anywhere in the UK, on any size vehicle, and including one-way rentals between any of the Thrifty locations by quoting the promotional code TCREXFC when visiting www.thrifty.co.uk or calling the reservation centre on 0333 332 1222

*Terms & conditions: The vehicle must be picked up on the Friday at 12noon and returned at 9am on the following Monday. It can be rented from any Thrifty office in the UK, and taken at any time during 2018. The renter of the BMW 3 series saloon automatic must be aged 25+. If the winner is aged 21-24 then a smaller vehicle will be offered.